A Complete Guide For Playing A Tank In Mobile Legends: Bang Bang

Mobile Legends: Bang Bang is a MOBA game that has taken the gaming world by storm. The game has prioritized its free-to-play mechanic, with the game mainly revolving around strategizing, mechanical fidelity, and gameplay. The game has tons of characters to choose from and a wide variety of strategies to implement. Moreover, the developers have continuously added new items to the game, with each consequent patch increasing the game's complexity. 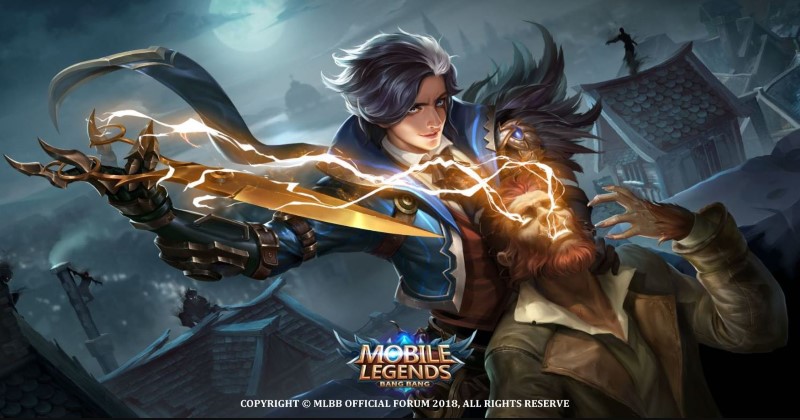 Here are some items that you should be building Mobile Legends that can significantly increase your chances of winning on a Tank alongside an overview of your objective on the map.

What Does a Tank in Mobile Legends Do?

Tanks play a very versatile role in the game. They perform specific tasks unique to them, which other roles in the game cannot do well. Tanks are generally considered the most durable role in the game. Therefore, your main objective in every match is to stand in front of everyone else. Moreover, you should also try to soak up as much damage as possible. You should be able to withstand as much damage until your ADC can kill the enemy for you.

As tanks are mostly in the front of the fight, they are equipped with stuns, slows, roots, and other CC abilities that stop enemies from running away. Using your stun, slow, or root at a good point can not only increase your life span but also help your team catch enemies who might be running away or help in completely diffusing their initiation.

Your Role In The Mid and Late Game: While the roles mentioned above apply to every phase of the game, the Mid and Late game is where a Tank truly shines. One of the most important decisions you can make as a Tank is choosing when to engage with the enemy. You should therefore be aware of your item timings as well as your enemy’s power spike and play accordingly.

Moreover, you need to make sure that the areas that need your ADC are safe for them to farm. You can do so by Bushing / Scouting. By moving in front of your ADC at all times, you can easily scout out enemy attacks and soak up most of the initial damage due to your inherent nature. Your ADC can then decide whether they wish to engage or escape.

Moreover, the Tank is perhaps the worst hero for the enemy team to waste their ultimates on. However, your team can use you as bait in many situations and capitalize on most of the enemy team's ultimate being wasted on you.

Do note that you are the sacrificial role between the four other roles present in the game most of the time. So, your team can decide to either playoff you or leave you for dead. In another case, your role demands you to play aggressively and exhibit your durability on the map.

Play The Perfect Tank With LDPlayer: 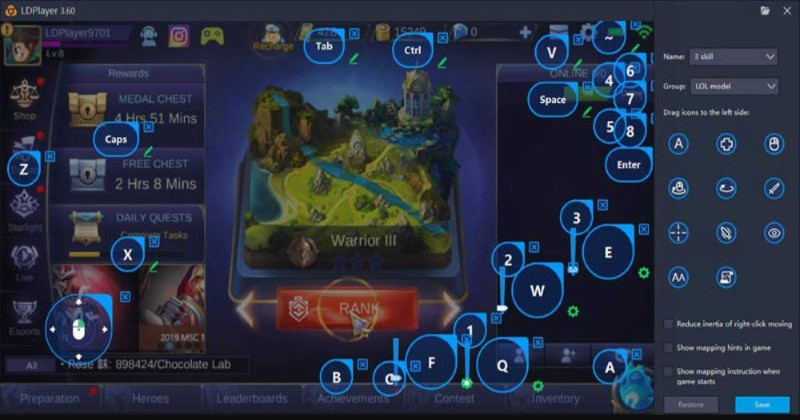 The Tank Role in Mobile Legends Bang Bang requires you to use many combos and have a good sense of spell rotations. Thankfully, you can alleviate any mechanical issue you might face when landing a combo using LDPlayer's keyboard mapping, which helps you control smoother and release your skill combo easier. You can use this key bind and execute the combo perfectly every time. Enjoy the highlight of killing the enemies!

An Overview of Items in Mobile Legends:

After understanding how your skills work, items come in second. While you can use a pro-guide and win most of your games if you just stick to it, there are a few items for each role that can decimate and counter opponents in individual matches, which a pro guide probably won't tell you about.

Moreover, at a particular point, you must understand what each item in the game does so you can develop effective strategies to counter-play it if needed. Each role has a specific set of items that they usually must have' to win the game in a particular meta.

Must Buy Items For A Tank:

Building the Tank Emblem is recommended for every Tank. Generally, you should go for the HP + Armor preset. When it comes to talents, Tenacity is fantastic, especially if you get burst down quickly. If you wish to sustain, going for Brave Smite makes the most sense.

Some particular items are beneficial for Tanks in certain situations. Here's a list of some you should consider if you lack a particular stat:

There are some items that you definitely would not need on a Tank. These include Attack speed and power, magic power, critical chance, and anti-heal. Whenever you build a Tank, make sure that you take a look at the enemy's abilities and build off of that. 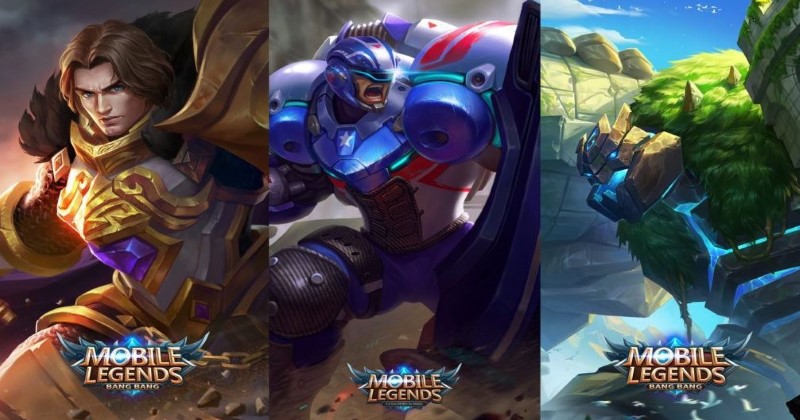 For example, if the enemy team deals more magic damage, try going for items like Athena's Shield and the Sky Guardian Helmet. If most of their team consists of right-clickers, building an Antique Cuirass or Blade Armor makes the most sense.

Generally, you should start by building off your boots, either going for magic or physical resistance (depending on the enemy team) and then building more Armor and sustain items. Most Tank builds are quite vague as the role is extremely dependent on what the enemy drafts are. However, the items mentioned above are generally those that you should be going for.

Playing a Tank in a competitive game like Mobile Legends: Bang Bang is an extremely tough job. You usually are the first to die in a fight and have to soak up tons of damage while also trying to find space on your ADC map. However, the role itself can be extremely fulfilling if played right as you can access game-changing ultimates. However, make sure that you pick the right Mobile Legends heroes to push your rank forward in Mobile Legends.

Before you start playing as a Tank, make sure that you know all the current meta characters in the game to have a higher chance of winning.