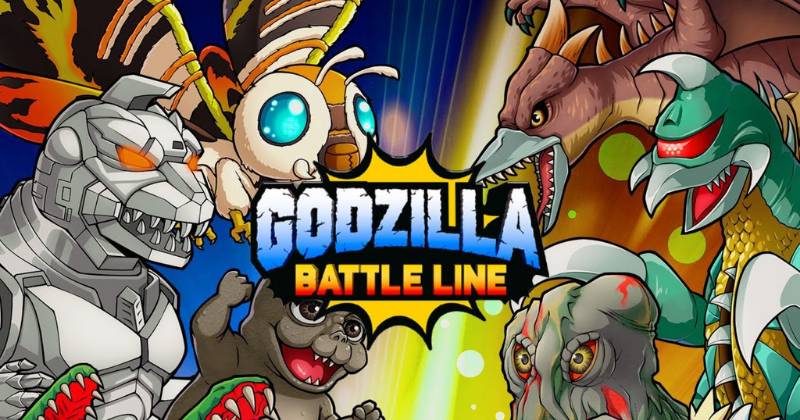 In this game, all of the popular monsters you saw in the Godzilla series are ready to battle, and you have to build up a team consisting of the most powerful monsters. Players are tasked to fight against worldwide players on a real-time experience, and you have to be ready to engage in these amazing three-minute battles. So when is this new title of the series released, and what things you may see on it? Here is the overall guide for you with Godzilla Battle Line.

This is the new free mobile game that let it players to have duel battle with the teams of Kaiju along with super battles. There are three minutes range battles available here. The game has already been released to Canada and Australia in April, and the worldwide release date has been set to 15th of June 2021, and there are more strategies to be used with team formations to beat your opponents in here.

The game's progression is keeping around upgrading and unlocking the new Kaiju as a player is continuously exploring the island of monsters. There are monsters from the other series playing here, and you can put them into the multiplayer bouts for three minutes. But a player will not have the chance to directly control them. So they need to take priority on starting the battle by them.

Fights of this game are happening in the world's major cities, and there should be a tactical way of battling to defeat your opponents from their styles.

Multiple game features are coming with the third series as follows.

The game's battling system will hold strategic planning, and it will send the monsters to the battle themselves. Each of the monsters in the game is thinking independently, and they perform their actions in their own way. When a monster is close to another player's monster, it will eventually battle with a fight. The battle will end when your monster can defeat the other leading monster.

All the favorite monsters from the other two series titles are available here, and they are ready to deal with the battle. You have to choose your favorite team and the monsters and build an ultimate team to gain victory. The key factor in gaining victory in the game will rely on the power your monster holds and the weapon you have with your side.

Upgrading and Discovering your Monsters

There are maps in the monster island, and if a player needs to acquire one of these maps, they need to win their battles. By exploring your maps, you will gain the opportunity to discover new monsters in the game. If the same monster is catch up with your exploration, you can use them to upgrade your current monster.

Stages of the Battle

All the cities worldwide are becoming the new stage of all of these monsters who are showing down in the game. The winner of the game will depend on the way you interact with the monsters with the unique features they hold in every terrain.

The matches are conducting in Godzilla Battle Line to aim for being the first in the regular month. Every time a player wins one of these matches, they are entitled to win special rewards based on their ranks in the game.

The characters of this game have been extracted from several creatures in films, and they are monsters. The monsters of the game are as follows.

To increase the arena rank of the game, you have to play the win-ranked matches. To have a fast level up, you need to grind continuously and win these ranked matches while upgrading your monsters. For now, this will be the only option available in the Godzilla Battle Line to have a level up for Arena rank.

Godzilla Battle Line has two types of methods to take new monsters, or in other words, the pieces of the battle. The first method is to buy them through the game shop directly, and the other one is to perform at the gacha pull.

The shop offers several menus as game items listed, and they are included with the battle pieces and the game's currency. Players will see several types of battle pieces in there, and they are allowed to buy them directly once they have reached Rank 5 from player rank. If you want to take new battle pieces from this shop menu, you need to fulfill the rank requirement of the game.

As the second option for getting battle pieces, you can take a chance for the gacha pull. There are so many battle pieces available in there, and although the shop is a great option to gain certain monsters, the main and the primary method to unlock new battle pieces is the gacha pull. Players should also make their concern on battle ranks, and the player ranks as well. Those are being helpful for add new monsters on the pulls roster in Godzilla Battle Line's game shop.

Battra is an unlockable monster available in Godzilla Battle Line, and you can unlock it by ranked match play. To unlock this monster, you need to reach rank 26 of Arena. When a player succeeds in ranking 26, Battra or the Dark Divine Moth Kaiju is available for you as an unlocking piece. Biollante is a monster you can obtain through unlocking, and a player requires the level 30 from Rank Arena to unlock Biollante. When a player reaches level 30, they will have the opportunity to acquire this monster through gacha pull or via the game shop.

To reach level 31 in Arena, you need to collect tokens and trophies through battle winning. There is a risk of losing trophies depending on the battle result of a player. So basically, the rank of your Arena will depend on the number of trophies you currently own. Trophies are resetting at the end of the season, so you need to remember to get your desire rank before the season ends. This upcoming real-time battling game is for you for the players who are in love with the Godzilla series. Take a part of the pre-registration, and let’s wait till the worldwide release is happening. Monsters and weapons are waiting for you to launch three minutes battles.