Cookie Run: Kingdom is an addictive new strategy game that lets you control Cookie-like characters and use them to battle enemies to protect your kingdom. You can also battle it out with real players in PvP multiplayer.

There’s almost nothing negative you can say about this game, as it offers loads of fun from the starting point to the level at which you may even have successfully built your cookie kingdom. Like every game, some players won’t find the game as easy as some will, so in this article, we’ll be writing detailed guides on some of the game’s features that will help players rack up more resources and build their ultimate kingdom.

If you find yourself in a tough spot against a cake monster, check to make sure your squad is balanced with both attack and defense cookies well placed. The game allows you up to nine types of cookies that are: Ambush, Bomber, Defense, to Healing. So if you’re new to the mechanics of the role-playing game, simply tap Auto in the squad lobby before a match and let the game’s AI optimize your squad for you. Every cookie in the game has a special skill that you can upgrade by using skill powders. Skill powders are always available and can be obtained by completing different types of missions and tasks throughout your kingdom or by completing Daily Bounties. Upgrading your special skill increases your overall chances of defeating monsters. Below is a list of the cookies and what they’re capable of:

Charge cookies: Close-up attack stance, aggressive style, damage to enemies, and skills that are effective in pushing enemies back.

Defense cookies: Close-up attack stance, defensive style. It doesn’t deal much damage to the enemy but protects the team by tanking in such a way as to restore its physical strength, create buffs, or drag an agro. 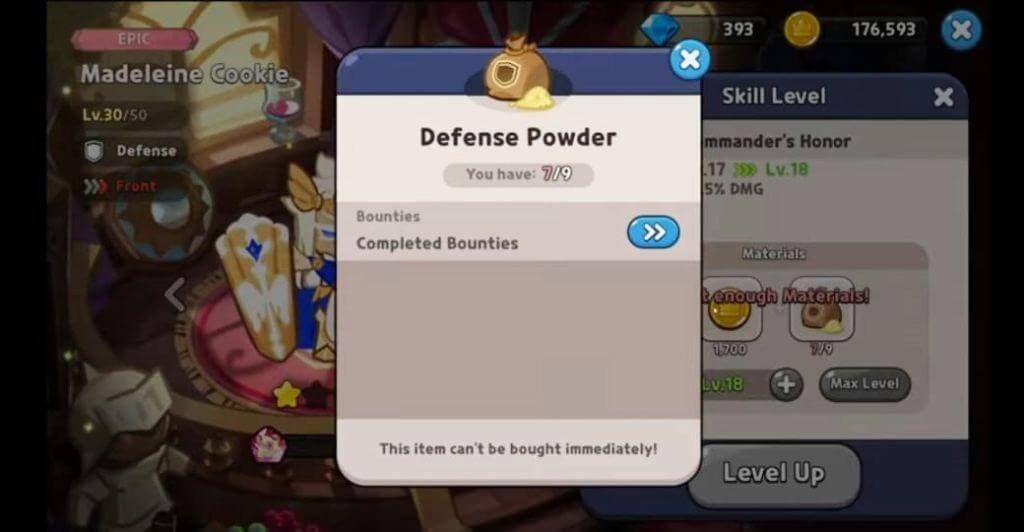 Ambush cookies: penetrate the enemy’s inner circle and target the enemy’s rear by using the skill.

Summon cookies: Distance isn’t necessary. Use this skill to summon a summoner.

Ranged cookies: Ranged attack stance. Mainly use skills that are great damage by basic attacks and effective for single or few targets.

Support cookies: Mostly ranged attack stance. Both basic attack and skill damage are low. We usually use skills that help the team by giving good effects to our team or bad effects to the enemy.

Healing cookies: Mostly ranged attack stance. Both basic attack and skill damage are low. The main role is to restore the team’s health.

Pirate and Sorbet Shark trials can be very helpful in getting more coins, or gold as most players call them. The pirate trial is based on the Black Sugar Pirate Ship breakout episode, which was also coin-based. There are lots of coins to be had there! While Sorbet’s trial, in theory, has fewer coins than Pirate’s, there’s still a good chance to get around 20k~ coins per run. Plus, there’s no limit to how many coins you can get, so go for it.

Also, try to participate in events as they’re happening. Most events have currency-based rewards, so it’s definitely worth doing a bit of extra, not so important grinding for some extra coins and gems. Most low-tier event rewards are 100k-300k coins. Most mid-tier and high-tier rewards will include gems (usually in quantities of 300 or 500, 1000 if you’re lucky).

Additionally, you can spend special currency on gems and coins. Guild coins, Champion’s League medals, and the current event currency can all be redeemed for coins and/or crystals. Your choice on whether it’s worth it, though. You can decide to pass on all these and just stick to the pirate and shark trials. Crafting From the Magic Lab

Also, you can craft coins in the Magic Laboratory. It’ll cost you some magic powder, and some are grinding for pouches, but the biggest bundle you can make at once is 3M coins. Note that there is a cool down, and some coin bundles might decrease the success rate the more you craft them. It’s really not a bad trade-off, considering the number of coins you’ll be getting afterward.

Still on the topic of getting more coins, this time, we’re urging you to watch ads and complete your daily missions. We know this part isn’t always fun, especially the ads part, but they’re sure to collect some free coins and crystals at any time in the game. You have nothing to lose, so come on, watch those ads. Cookie Run: Kingdom doesn’t come off easily, even for the players that have lots of experience in RPG titles. The game has tons of interesting features and strategic aspects that are fun to uncover and use in battles. You will have to hustle for all your resources and even to build your ultimate Cookie kingdom.

Another fun way to get resources is to compete with other players in PvP matches and try to outsmart them and be victorious. There are so many ways to garner resources in this game, and you’ll reach a point where you’ll often stick with one way, your most reliable one, and ignore all the others.

That’ll be all for our guide on how you can farm for more gold, and we hope it has been helpful to you.