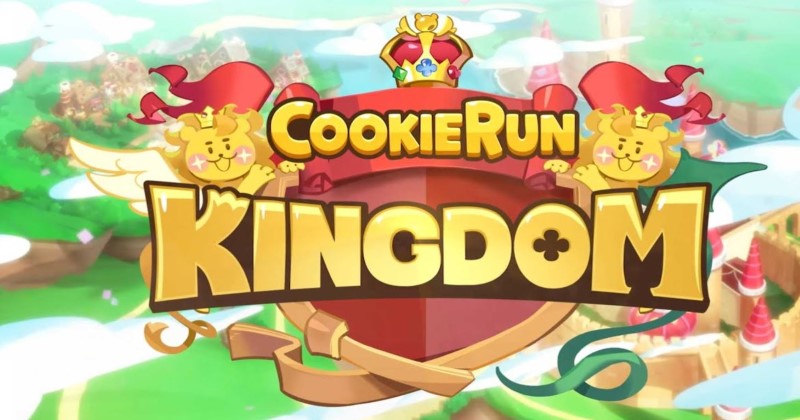 Cookie Run: Kingdom is an RPG game developed by Devisisters Corporation. The game has you build your entire Kingdom of characters to overtake a certain level. As you play the game, you must team up with your friends and form a party in this particular RGB game to discover the Kingdom's past and defeat the evil that lurks within.

The game is based on the Cookie Run franchise, which has a beautiful, creative, visually aesthetic world. The game is mainly considered a kingdom resource management game, turning it into quite a simple RPG. The game has you pick a squad of five characters, which then need you to move through levels and destroy everyone in the way.

Adapting To The Mechanics:

Of course, the tutorial is the first thing you will notice as soon as you open the game. It does not provide you with a lot of information, but it is quite helpful regarding rewards. Completing the tutorial presents you with different rewards you can claim for your characters alongside an XP bonus.

When it comes to the game's intricate mechanics, you will be presented with the portraits of each particular cookie on your squad. Tapping on the button activates each character's special skills with particular timers. You get your first starter character called Gingerbrave after completing the tutorial. This cookie is quite strong and will stay quite useful to you for a long time.

Some professional players have even run GinegerBrave to the late game as well. 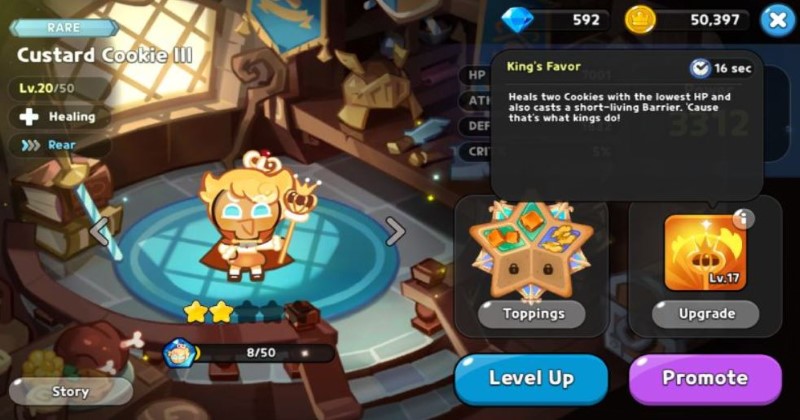 Cookie Run: Kingdom Run has different types of cookies that you can choose from, each with its respective classifications. All your characters are classified by the position in the battle line they should play in. Generally, these positions are divided into the Rear, Middle, and Front. They are then classified into different fight types as well. Here is a general classification of what most of the classes in Cookie Run: Kingdom do:

Getting Your First Balanced Starter Squad: 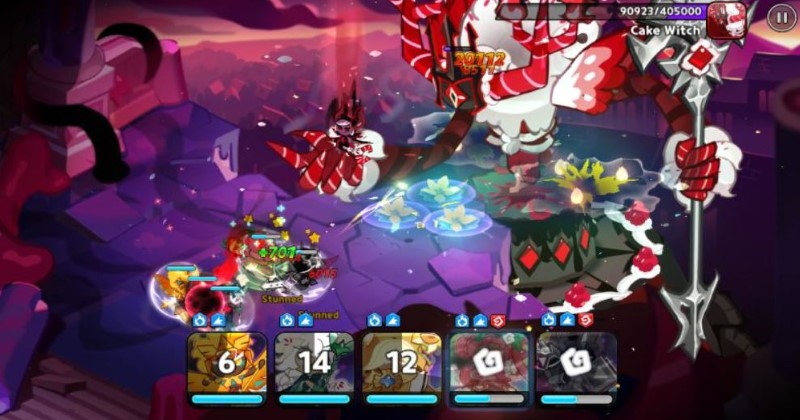 Before you enter a battle or a match in general, you are allowed to edit your squad and pick out a team that suits you the best. In general, you should have a few niche characters that might not suit every situation since you might be encountering enemies that counter them.

Generally, you need to have a squad that synergizes with each other. Perhaps the best starter squad that is given to you is presented by the game’s developers. That particular squad is GingerBrave and StawberryCookie in front, Wizard and Chilli Pepper in the middle, whereas Custard cookie III is the squad healer in the back.

As you move on, this squad might get worse, especially after chapter 3. But, they still are generally considered as a very effective composition.

How To Play The Perfect Starter Comp:

For your particular composition, GingerBrave and Chili Pepper Cookie are going to be dealing the most DPS. Gingerbrave, in particular, absolutely destroys the enemy's rear line, which allows Chilli Pepper Cookie to come in and start their backstabs. In early levels, this combo is quite devastating as it can wipe out entire teams in the blink of an eye.

When it comes to your middle line, Strawberry Cookie and Wizard Cookie usually are tasked with dealing with AoE damage and work against enemy formations, which are much more scattered.

As for your healer, Custard Cookie III is quite good as she comes with a shield as well. You should start queueing her skill as soon as the sound starts and spamming it whenever you can as it has no disadvantages whatsoever.

Do Not Underestimate Your Characters: 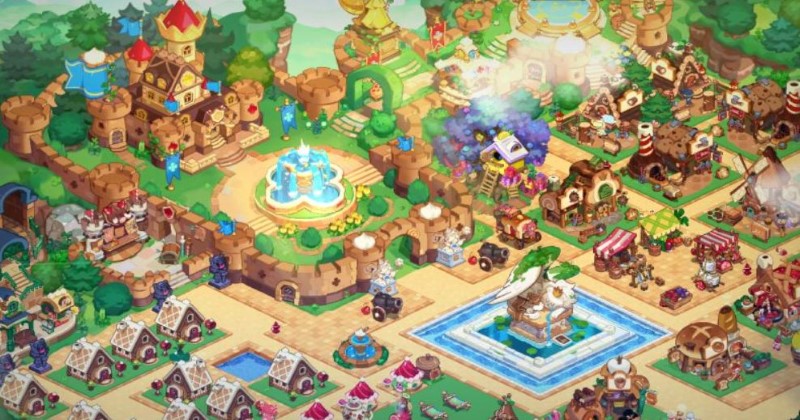 A lot of Gacha games consider having common characters as a major drawback. In Cookie Run: Kingdom, this is not the case. Even if you play with your starter deck, a set of 5 common characters, you still have a lot of utility that you can utilize for a long time. Moreover, you gain access to particular skills that are not even available in rarer cards.

So, if you are comfortable with your starter deck, run it for as long as you can. This mechanic helps you develop a deeper understanding of the game. You stop worrying about lineups and squads and begin appreciating the nuanced mechanics and strategies that you might have missed if the skills weren’t already second nature for you.

In any case, the starter deck should hold on well for the first few chapters. If you have trouble running it properly, you can always swap some cookies out here and there. But generally, your main DPS dealers should remain the same as they synergize the best with each other out of any starter cookies you have.

Cookie Run: Kingdom has solidified itself into a strategy RPG that is extremely fun to play and has a lot of nuance and depth baked into it. The classes in this game are packed with variety and therefore require a lot of game knowledge and practice to play properly. Generally, you should be sticking to your starter squad for as long as you can before you get the hang of the game and can form better strategies.

You should never buy cookies too early before you explore every one of the different lineups and formations you can follow in the game due to its insane versatility.