As Clash Royale has so many decks to play that suit any play style, we have met again to inform you about another new deck called the Clash Royale no skill deck. Wait, what? Yes, it is the no skill deck, which lets you unexpectedly beat top-level players. 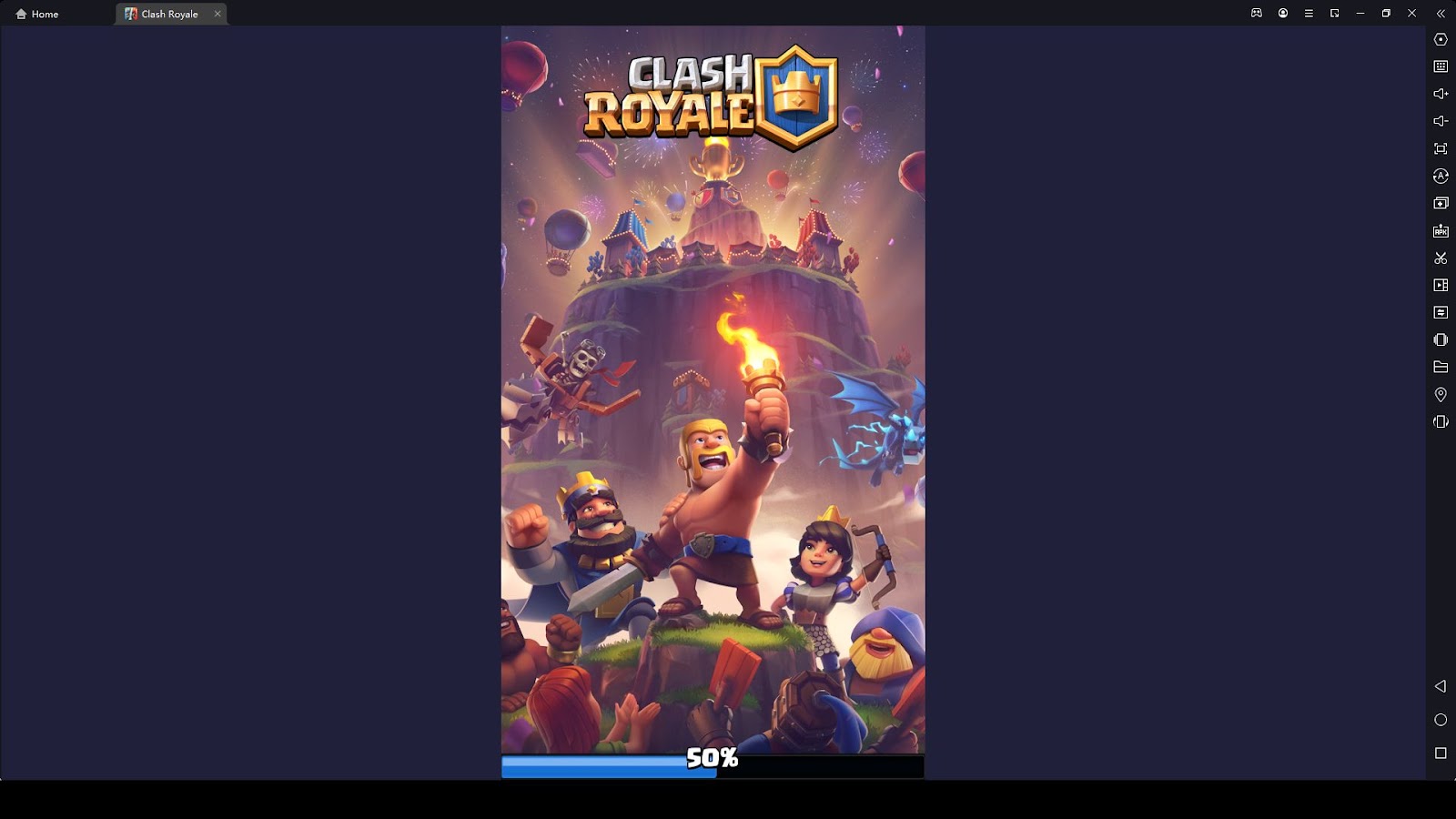 Every deck has various units you should use with the right strategies at the right place and time; otherwise, you will lose the match by donating all three crowns to your enemy. So, in this Clash Royale no skill deck also has different units, and you should analyze the situation before using even one unit on the battlefield. Therefore through this guide, you will learn how to achieve successful Clash Royale on PC gameplay while using the no skill deck.

Clash Royale No Skill Deck against Bait with Tesla Deck 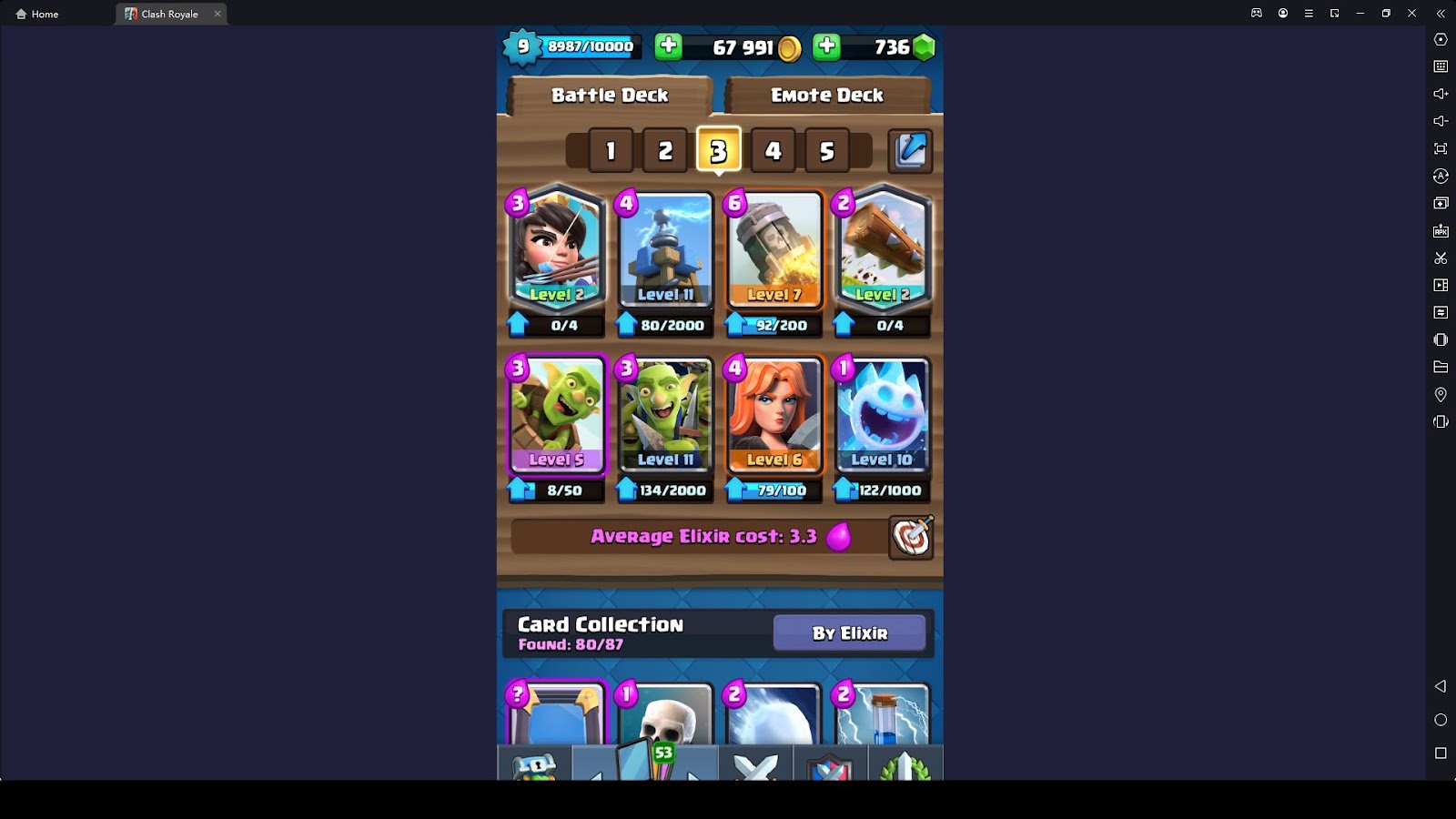 Then your enemy sends you the Guards with Princess, and you can use your Bomber to stop every one of them quickly. Again you should send two Electro Giants to separate ways to deal damage to the enemy tower while taking down the enemy's Tesla tower.

Even if your opponent can kill your Electro Giants, you should continually summon them to the field and deal damage to both side enemy towers. By doing so, you will gain victory by destroying the enemy towers in no time while playing with this Clash Royale no skill deck.

You can start your match here with the Skeletons, and then he uses his first bait, the Fireball, but fortunately, Skeletons are faster than the Fireball. And always remember to have an Elixir Collector in your field to gather more Elixir to perform well in the game. 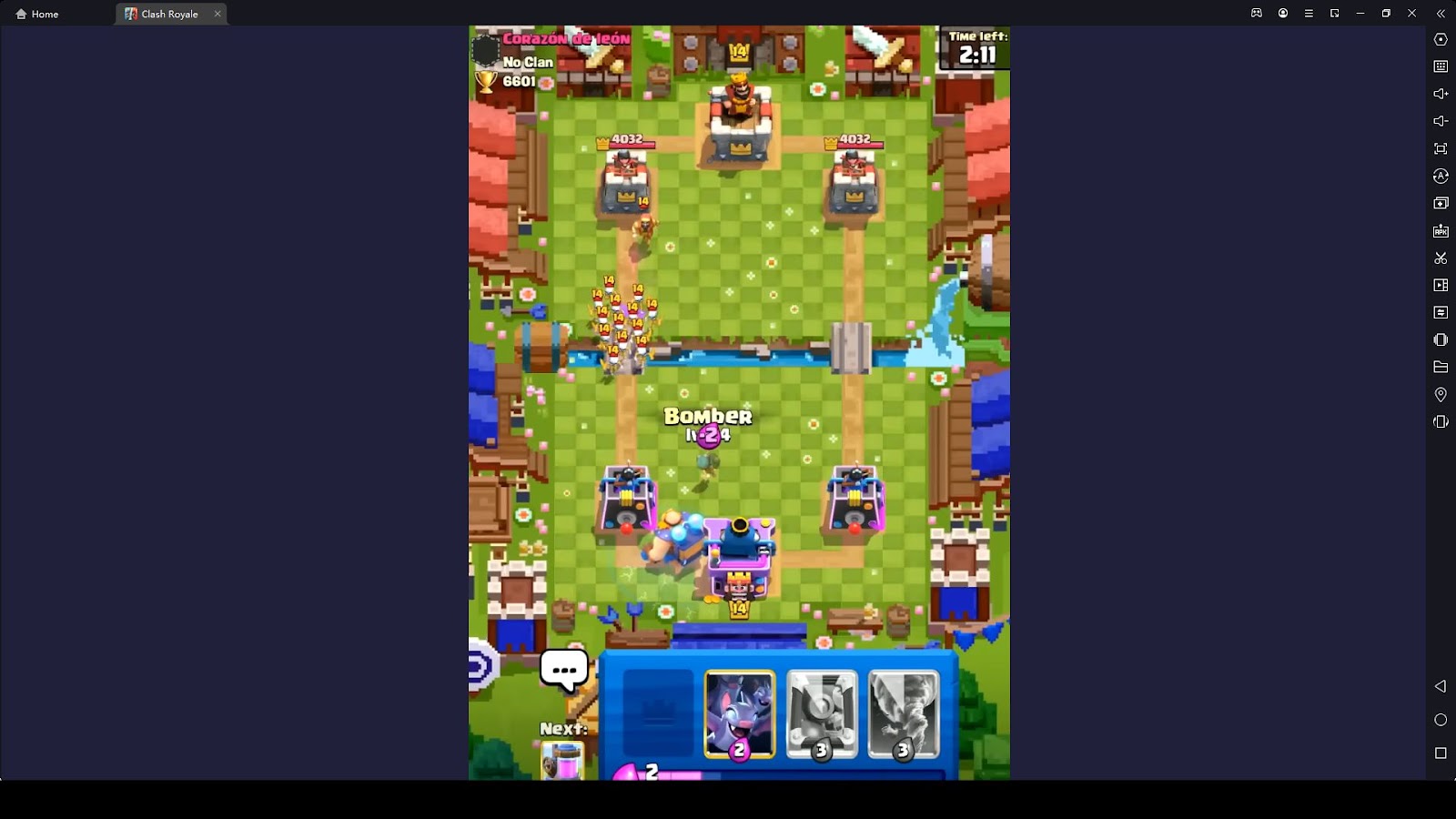 But again, your enemy uses the Electro Wizard, and you can use the Tornado, Mini Pekka and the Bomber to assist the Electro Giant by killing all the troublesome enemy units. After dealing with all enemy units, you can finally destroy the enemy tower peacefully.

Here in this game, you will see your enemy first drops Skeleton Barrel to your tower, but then the Bomber with Mini Pekka will vanish all of them quickly. After that, you should send an Electro Giant to the enemy tower with a Bomber. 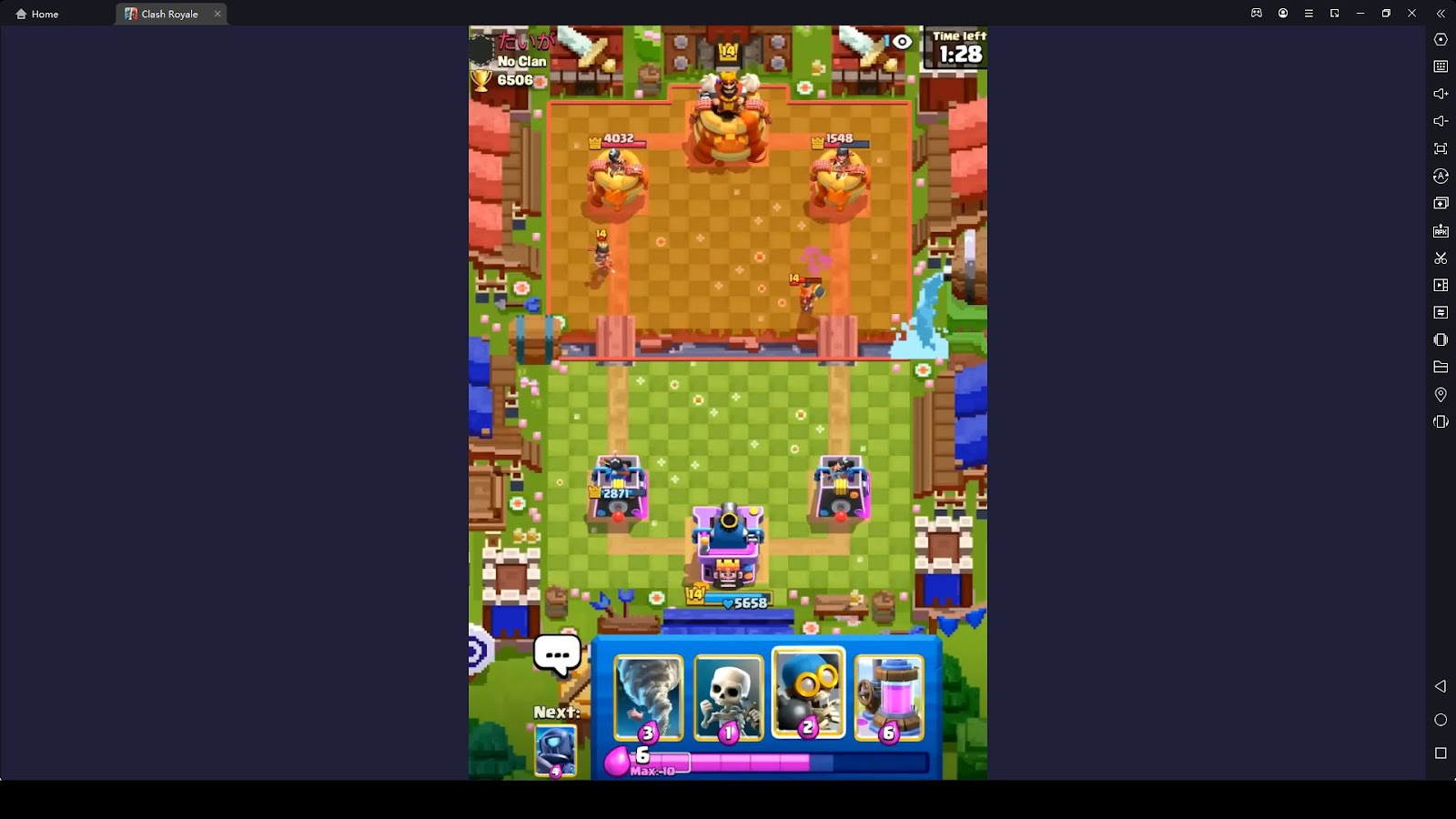 Then suddenly, your enemy uses the Valkyrie to kill the Electro Giant and the Bomber. Even though the Valkyrie is somewhat powerful, a bunch of Bats can make the Valkyrie disappear in no time. Here as the next bait, your enemy sends you Balloons and to prevent the Balloons from dealing damage, you can use a Tornado and change the Balloon's route.

When the enemy continually deals damage to your tower using Balloons with the Freeze option, one of your Electro Giant has taken down an enemy tower.

So another match using the Clash Royale no skill deck has started. In the beginning, you can send Mini Pekka to attack the enemy's Goblin Cage, and then the enemy sends the Barbarian to attack your tower.

And then he uses the Baby Dragons and Elite Barbarian to attack your tower, and at that time, you can use your Electro Giant, Bats and the Bomber to deal with them. But he will stop the Electro Giant from attacking the tower through poisoning.

As the enemy's next unit, he uses the Miner, and the King Tower will deal with him, and then he sends the Lava Hound, which you have to use Electro Giant to deal with. After that, you should send Electro Giant two units, Mini Pekka and the Bomber, to deal with the Elite Barbarian and Goblin Cage and finally take down the enemy tower. 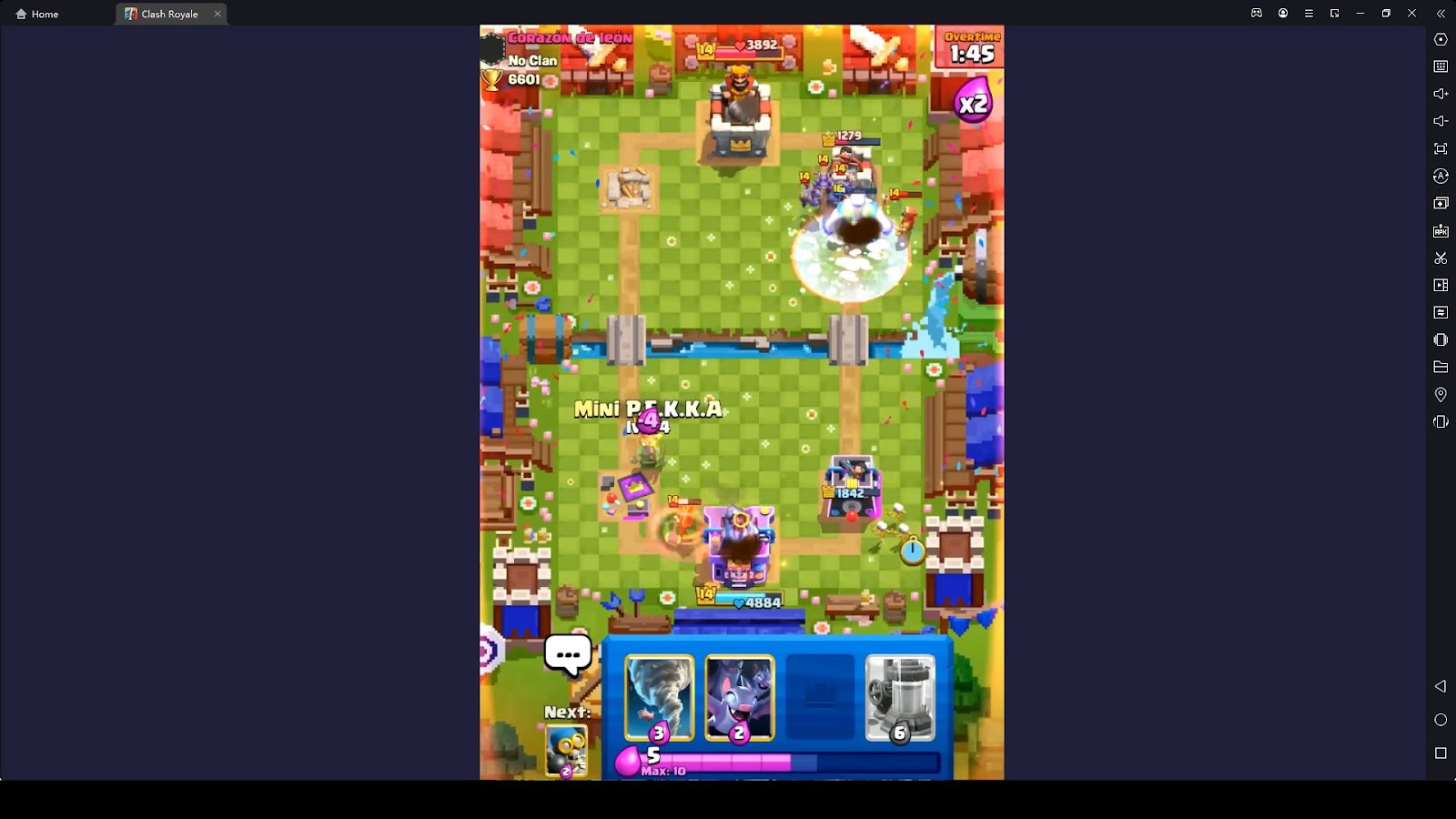 On the other side, your opponents send you the Golem with Bats, and you can use a Tornado to overcome them, but then he sends more Skeletons with the Skeleton King, which has the power to take down one of your towers too.

Then again, the opponent sends you the Golem with Bats, but you can use the Mini Pekka to deal with them by pulling them backwards with a Tornado.

If you are wishing to have the best gaming experience for this tower defense game, your wish will come true with the best android emulator LDPlayer 9. 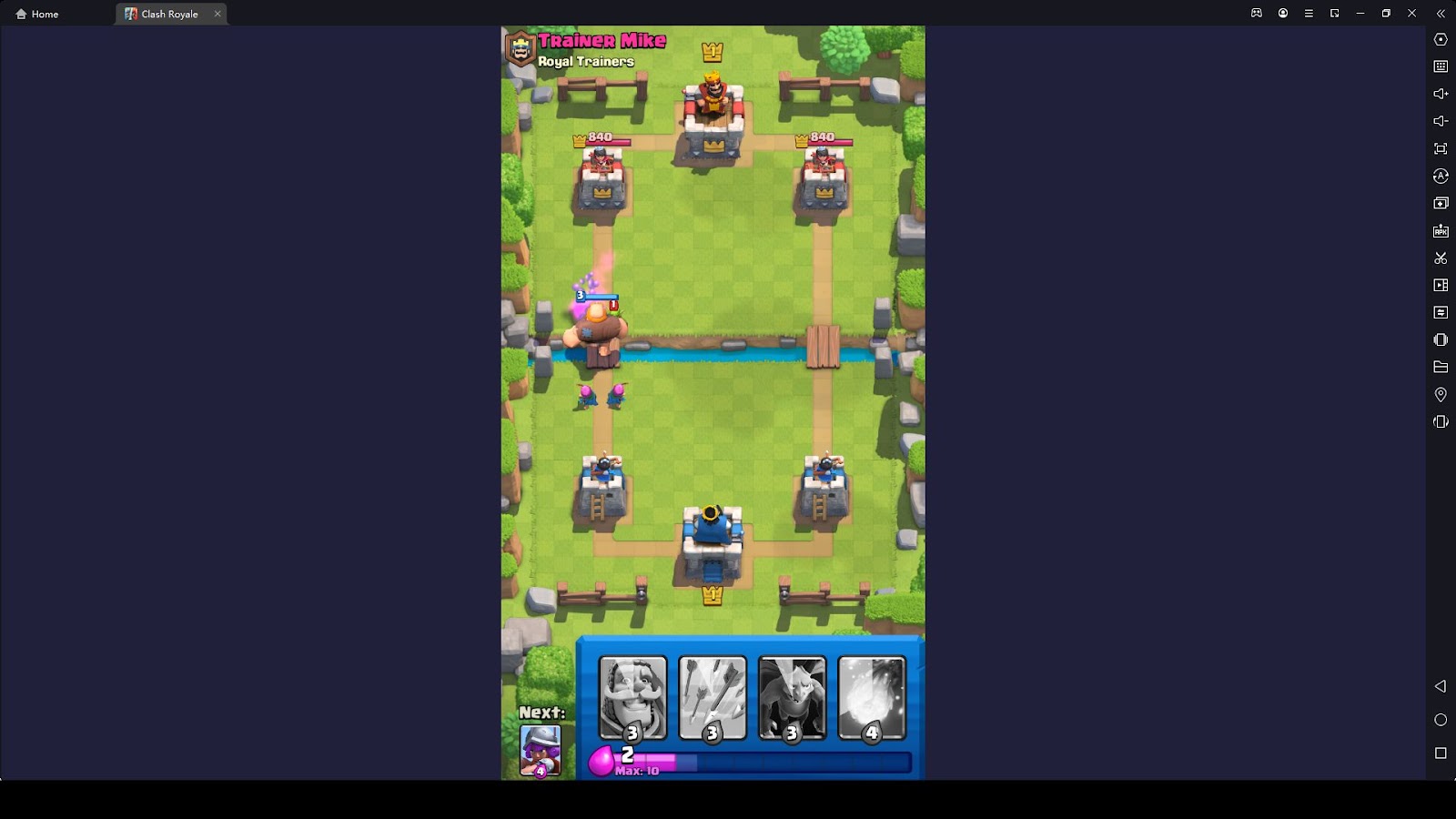 Because through LDPlayer 9, you can experience lots of new features with the best tools to use to have effective gameplay with continuous winnings.

Also, the LDPlayer 9 allows playing this game with a broader vision and the best graphics that stirs up the players' hearts to spend more time on the game.

This guide taught you about another new deck called Clash Royale no skill deck. Not only about the deck, but you learned how to use the units in this deck efficiently to have effective winnings without being messed up in the gameplay. All these details have been taken from the Yotuber SirTag and big thanks to him for providing these strategies.