Clash Quest is a strategic game that you will love only if you know how to clinch in critical situations with a bucket of the Daily quest, Main quest, and Story quest. Tons of upgrades to your favorite characters, and to slice that up, a beautiful storyline from Supercell.

Many of us have played Supercell games that include multiplayer in clan league and clan wars.

Talking about clans, to make a clan, you need a maximum of 80 stars and a minimum of 20 stars (2 stars can also make a clan). This clan-making feature makes us interact with a whole new world of community.

Being a multiplayer game, you can chat to talk about your strategies with your clan mate and have a good win over. The fun part is you can see their clan score as well. While playing multiplayer, you can be a leader, member oldest, and whatnot.

Clan league: this is a new aspect of the game, a new system that allows you to collaborate with other clan members and participate in various challenges to earn new upgrades to your weapon and points.

Upgrades and level up of in-game characters and abilities

Like every other clash game, you can upgrade and level up your skill sets and characters. By doing this, you will progress quickly and effectively in the game. Here is some in-game stuff that you can upgrade:

1. Upgrading troops: Upgrading your troops makes your defense strong against your opponent and makes you stand last in your battle. Saving your coins for a further upgrade will make you stand still in battles.

2. Upgrading Spells: This is a vital part of the game. You can upgrade your troops, but upgrading your spell does affect a lot in winning your battle. Using A fireball creates great damage to the opponent. Also, fireball deals with a 3x3 area.

3. Using Troops efficiently: We can upgrade troops to the ultimate level, but Using them strategically can finish the battle early and also be a cakewalk. 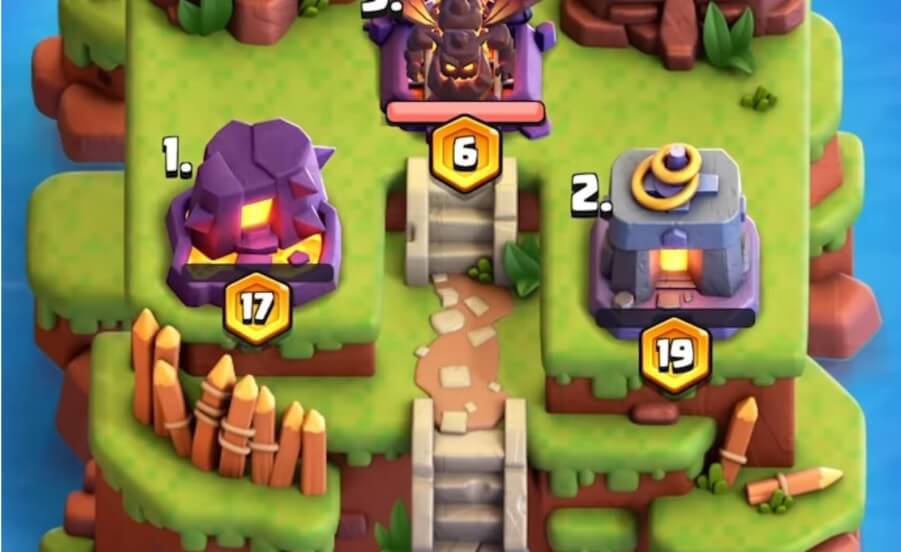 Characters and their special abilities

There are various types of characters in the game useful for every battle. A strategy for a battle must consist of a plan and layout that will secure you from all sides. That's where info on in-game characters comes in handy:

1. Barbarian King: It's the same as the name suggests, who always inspires their troops and makes them win battles. He is the one who knows how to win the situation and the important battles. The favorite part of the Barbarian King is his special skill, Iron Fist. Iron Fist increases his power and increases the damage of the allies for a short period.

3. Shield maiden: Shield maiden is that character you can rely on if the opponent is too attacking. You need a character when you want a defensive approach. Shield is what makes this character special. It blocks most of the attack and reflects some damage as well quickly.

4. Peeka: This character is found on the Lava Land. This character deals with Short-range damage, which is critical for the opponent. She can burn most of the enemy on fire. The lightning blade is the weapon for this attacker, giving 50% of critical damage and giving 100 damage to the opponent. So that is why you need this kind of attacker in your front row for the battles.

5. Giant: Giant is unlocked after completing Palm treebank in the Goblin Kingdom. He is a one-person show to defend all the troops. His priority is to defend our troops and minimize the attack coming from the opponent. Its hit point ranges from 300-1060 and has a damage of 80-280, and it also minimizes the threat and gives max damage

6. Bomber: Now the name says what he is capable of. Bomber can throw damage parallel to our troops with a 3x3 field area. His attack gives greater damage (almost 200% compared to the wizard) against the wall. He is good at splash damaging the troops.

7. Baby Dragon: Baby by the dragon but not by the attack. This little dragon is capable of attacking the whole column. This is unlocked by going into Elixir spring. A drawback with this baby dragon is you need a minimum 4 or higher combos to get 10 percent of damage at level one, but by using a force collar, your damage almost gets double in a single combo (50%) To unlock this exciting feature, you need to collect 70 stars in the clash quest, and you will be playing a seven-day battle with all the other 29 players. The best part of this league is that you can move your tier higher or lower according to your success in the season.

To win this league every day, every battle, every win will get you one step closer to additional rewards and spells in your army troops. One catch is you need to be very sharp using the troops because once you run out of units, the whole challenge is finished.

As every other game has rewards on a daily basis. But here, the rewards are exciting. You get the same reward for three days, but when you go for third, fourth, and fifth, you will be getting healing gauntlet, hundred coins, and other exciting stuff as rewards (Quest token, gold).

Quest tokens are essential items in the game where you can use them when you are out of energy. You can have an exchange with quest tokens.

Types of Spells that can be accessed

There are four spells which we can start from:

1. Rocket: It gets unlocked in red hot height in lava land. When a rocket is used, any character in the opponent can get almost 500 damage at first, and by upgrading it to the last level, you can have damage of 1329, which is massive.

2. Zap: This thrilling spell unlocked at Mount charge in shock Shores. This particular spell can send zap to the opponent any time in the field, saving time to eliminate other threats—this damage starts from 100 to 362, which is not that bad.

3. The Log: You can also find this in Elixir springs. A spell has good damage of 100 to 350 and can only be used in the enemy field column.

4. Fireball: This best of the last two because this deals with one enemy at a time, giving 80 to 282. Fireball is found in the Goblin Kingdom and can only be used in 3x3 combat battles.

So that was all for this guide on battle systems and in-game upgrades. Keep in mind as you progress, you have to consider the fav\ct that even more powerful enemies will have to be dealt with; hence you need to be upgraded to your max potential to stand a chance. Also, understanding the battle system will help strategize complex plans and ensure winning in battles.