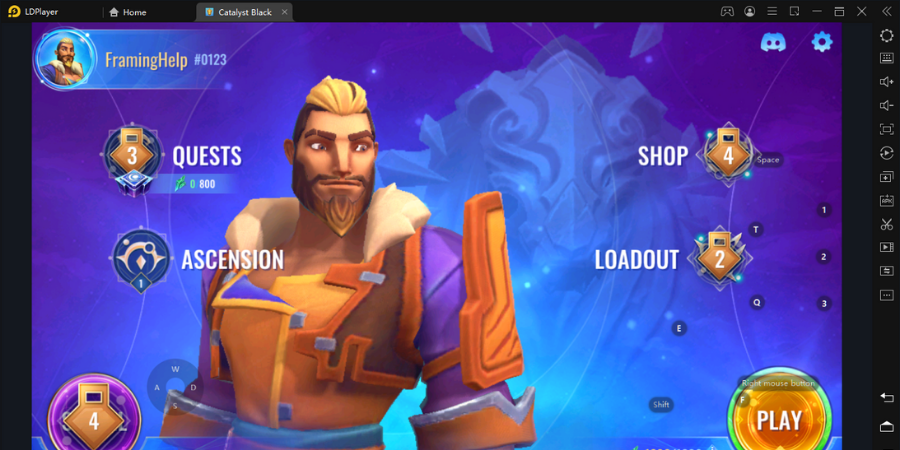 Hold your horses, though!. Before we jump into the Catalyst Black guide, let us briefly introduce the game.

Catalyst Black is a mobile game released on Android and iOS platforms. This free-to-play game was developed and published by Super Evil MegaCorp, and yep you guessed it right, the same people who created Vainglory. The game entered the mobile gaming industry in May this year with an exciting drop-in and drop-out feature.

Catalyst Black's world is full of magic and mysticism, clearly fitting the developer's description of the game being able to offer a new world of epic battles. And it is no lie that the players are given access to many varieties of weapons and abilities. Additionally, they also get to upgrade and customize an array of weapons as per their wish.

With that all being said, my dear folks, get ready with a pen and paper, for we will dive into the infamous Catalyst Black guide that all of us have been waiting for. 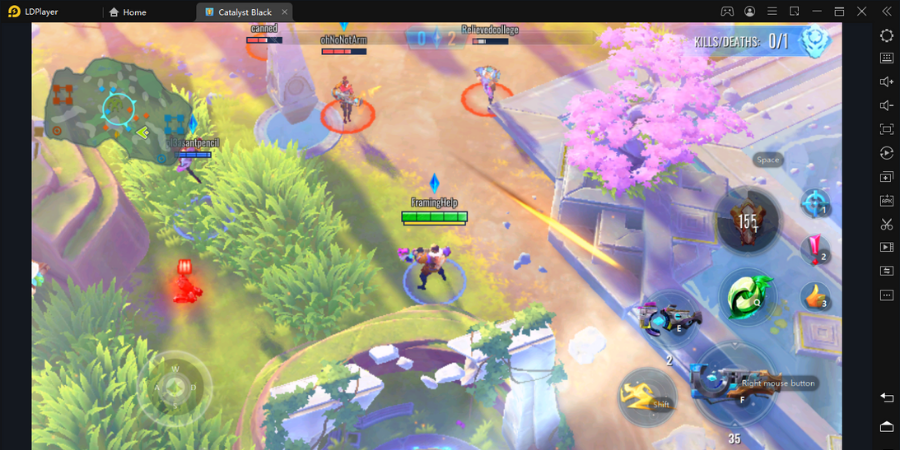 The DIDO feature, a.k.a the drop-in and drop-out design, was mentioned some minutes ago. This is one of the splendid factors in the game and is scarcely found in any other games. DIDO means that the players can drop in and drop out of the game anytime they want, and they will be given zero penalties.

The players are allowed to drop into their friend's gameplay and play alongside them. Just click on your friend's name, and you are good to go. The best part of this feature is that it is limited to group players; this feature is also available for solo players. This feature helps you to level up steadily in the game.

Guide to Upgrade Your Gear

After every match, you will get Green Shard and Ascension points. You can use Green Shard to unlock the Reward chests and you will get weapons and other items from opening the chest. When you have two duplicate items, you can feed one to raise the star level of that item. For example, if you have a Facade, then you get another one. You can use the lower star level facade to raise the Star level. Dust can be used to upgrade the level of an item. When you raise the level, it will increase the stats of the item.

If you want to know more about Gear check out our Catalyst Black Gear Guide. 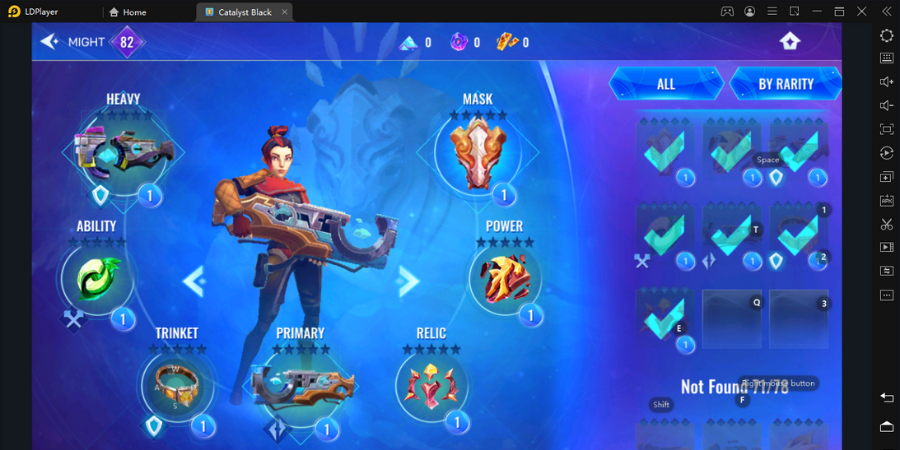 This material can be identified as the most crucial one from the game. You need this item to use your heavy weapon. Fighting without this can be pretty hard. You all can easily spot the ammunition, for they come in red pick-ups. a Catalyst Black guide would be to look for the red pick-up and make sure you do not run out of them.

Masks are essential to both the outside world and the gaming world. One of the most critical Catalysts Black guides would be to use the mask ability wisely. The mask turns you into a primal Beast. There are six masks with different abilities. This is all we've seen so far, and we still haven't seen it in the battlegrounds. 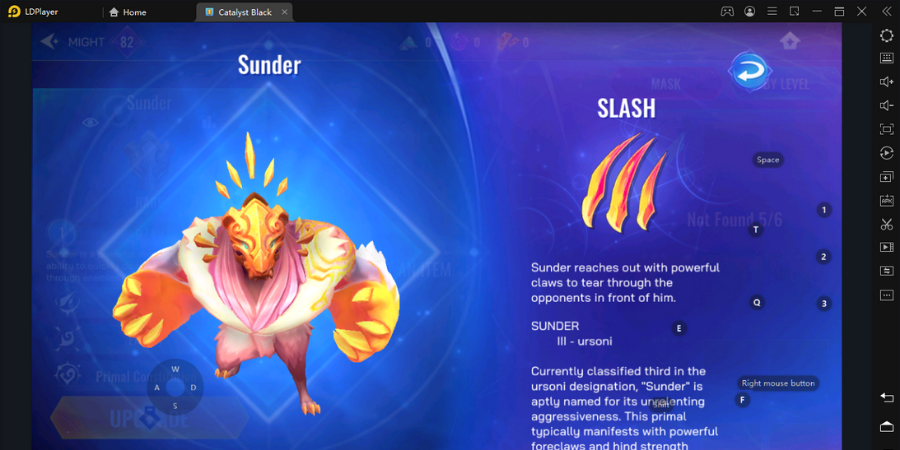 Tip: use the mask when you have a load of enemies.

Stick to Your Squad at All Times

This is gameplay in which you can fight as a team, and it is the same for your opponents, so if you wander off on your own, you will find yourself fighting as one versus an entire team. If you are lucky enough, maybe you will be able to survive and go back to your team; if not, we are sorry to say you will die. And the revival time is relatively short in this game so make sure you always stick to your teammates.

Your Unique Style of Play

One of the essential Catalyst Black guides would have your play style. Having your own playstyle will be a massive game-changer for you because the overall performance in the game is decided by the playstyle you choose. According to your playstyle, you will be able to choose your weapons. Further, into the game, you may get to upgrade and customize your weapon according to your unique playstyle.

Tip: choose a playstyle you are incredibly confident and comfortable with. Remember your game style makes a significant impact on your overall performance.

We know it sounds cowardly behind the bush, but it is one of the most diplomatic Catalyst Black guides out there. The bushes in the game will help you to cover yourself and ambush your enemies. With the help of the bush, you can become invisible and out of sight from your enemy. So make use of this tip, kill as many foes as you can, and have steady progress.

Stick to the Edges in the Game

Stick to the edges on all PVP [more player versus player] games. Stay close to the map's edge, for you will be perfectly covered. You can save yourself from oncoming dangers using this technique. This is one of the essential Black Catalyst guides to save your life and help you level up in the game.

Have your Mods Activated Early in the Game?

Mods are additions to your weapons or gears that are customizable. These are extremely important to the players as these will boost the player's stats. There are high chances of the mods being un-equipped by themselves. Please make sure you check on your mods occasionally to ensure they are still there.

A crucial Catalyst Black guide would be not to miss the mods because these mods are straightforward to miss, and also, the upgrades the players can get from the mods will change the game drastically.

Few More Tips Before We Leave

If you want to reach for some smoothest gaming functions with all these discussed matters in the Catalyst Black guide, go for the best android emulator: LDPlayer, as it can change the way of your game. Through this, you can have your personalized keyboard via the Keyboard Mapping feature, and without any lag and confusion, you will make your gameplay into yours. 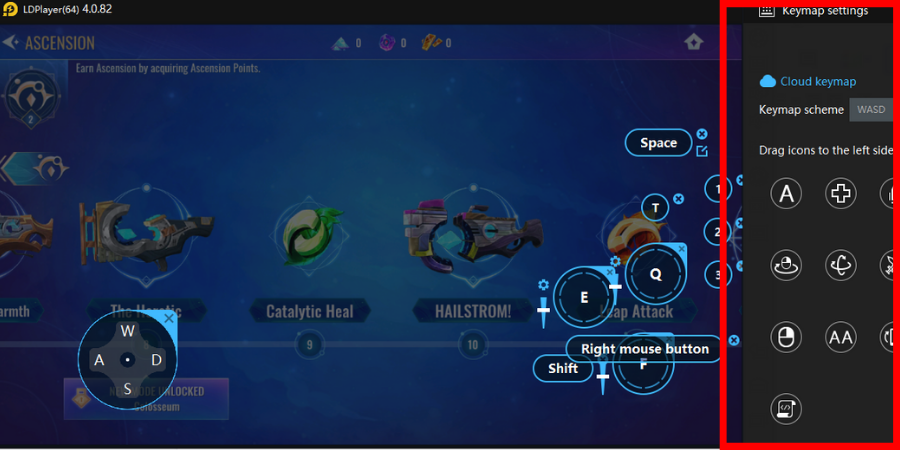 Catalyst Black is one of the best games with splendid gameplay and features. We hope this article helped you with the gameplay, and make sure you guys follow all the tips and tricks to tackle the game. Catalyst Black the Best Build for an Easy Victory

Catalyst Black Launches on the 25th of May on Android and iOS.