Black Clover Mobile: Rise of the Wizard King is now available for pre-registration, and the black clover mobile release date has been pushed back to the first half of 2023, according to reports. The game has turn-based battles, elemental mechanics, and other exciting fighting ways. So far, the black clover mobile development team has been actively sharing information about how the game is being made, and they have put out a few videos for fans who want to know more. 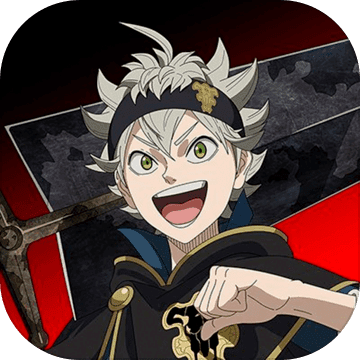 In this Action RPG game, you can go back to important moments of black clover and see them in 3D and learn more about new characters and their stories. Here, you can make your team with famous characters from Black Clover manga and use their different skills to fight enemies. If you want to learn more, you can follow this Black Clover mobile beginner guide. To get the most out of it, play Black Clover mobile on PC with LDPlayer once it comes out. Let's see what we have in store for you.

The Story Of  Black Clover Mobile

Asta and Yuno were both raised by themselves. Asta was born with the ability to use mana like everyone else. She has no interest in learning magic, so she has never tried to learn it. Yuno is smart and can do magic with the wind.

Both kids wanted to take over for the Wizard King, so they fought for the job in a friendly way. The Wizard King is the second most powerful person in the Clover Realm. The four-leaf grimoire of the first Wizard King is given to Yuno. The most powerful magicians are the only ones who can figure out how to read the four-leaf grimoire. Even though Asta didn't know much about magic, she was given a five-leaf grimoire. There is also a headless Devil who uses anti-magic and elf swords. The two of them then join different Magic Knight battalions.

The Black Bulls are led by Yami Sukehiro, Asta, and Noelle Silva. Yuno is now a part of the Golden Dawn. Exciting things happen when the Eye of the Midnight Sun is being fought. The Devil, who was in charge of the Clover Kingdom, told the group of four how it treated the Elves. After that, the Magic Order will fight the Dark Triad of the Spade Kingdom.

Asta and Yuno discover what their Devils can do and how the Dark Triad wants to use them more. They find out that the Devils will attack through the Dark Triad. According to the developers, you will be able to experience this story exactly the way it happens and the way you enjoyed it.

Characters You Will Get To See

We have some characters featured in the game as follows. In this section of the beginner's guide for Black Clover Mobile, we'll take a look at how combat works, what the game mechanics would be like, and a lot of other things that you can anticipate from the game. The videos that have been released so far indicate that combat will be conducted in a turn-based fashion, with both your team and the opposing team carrying out their attacks in the specified order.

The turn-based combat system in Black Clover Mobile appears to use a different approach than the one used in the vast majority of other video games. For instance, a single character is capable of launching multiple attacks. If you are fortunate enough to be chosen for the black clover mobile closed beta test, you will have the opportunity to experience this for yourself and judge whether or not it is a positive or negative development.

This was determined based on the brief battle preview, in which it was seen that the character did not switch and still had skills up after the first attack. As a result, it is reasonable to conclude that there will be another attack.

In the top left corner, as in the majority of games, there were a variety of colored dots with arrows pointing in their direction. Additionally, each member of the team sported a unique appearance that corresponded to the overall picture. This is the mechanism known as elemental weakness, in which one kind of magic is weak or strong against another. To make this work, they will most likely make use of the magic type that was introduced in the first series. There is also a possibility that this is related to a group composition mechanism, but this has not been verified as of yet.

With this Black Clover Mobile beginner guide, we've shown you some of the things to look forward to when it comes out. Since it's still being made, things could change, and there's still a test to come. But if we hear anything new about the topic, we'll make sure to update this Black Clover Mobile beginner guide. If you're interested, come back in a while because we might have something new to show you. Taking the time to read this is much appreciated, and we wish you the best of luck in the future.