Best Games in Roblox for Beginners

Have you guys ever experience a gaming platform that allows you to play and create different games? If not, Roblox is for you. You are here welcoming a new gaming platform by Roblox Corporation that will enable you to program or play games that have been created by many users.

Roblox is mainly including a system for game creation and online multi-playing.

As this platform brings you the biggest and top games of all time globally, millions of players are adding to these genres every day. This system is a virtual world, and it initially allows users or gamers to access the world and be a part of it.

There are approximately 100 million users active in this platform, and most users are likely to participate as kids and teenagers. In one month, there is a big arrival o the platform Roblox to show it's popularity facts.

If you are a beginner to the Roblox platform, you may not have a clear idea of which game is to be played by yourself. Don't worry. We here provide you the best games for your play as a beginner.

Adopt Me game in the Roblox has over 3 billion people visits in there. At one time, it has hit like 500,000 by giving this game a record at the platform of Roblox. It has got some features to release, like adopting pets, and that is the main thing to connect over 100,000 players to play this game at once. Adopting pets is no only the feature you can see in Adopt me. There are also features like design homes, explore the islands for adoption, etc. The popularity and the success of this game are its adaption feature because that feature is entirely compatible with the real world. With every release of Adopt Me have got new pets to adapt to; they're even including thanksgiving turkeys. Flee the facility is the first thriller game that appeared in the Roblox, and so far, it has got so much popularity among Roblox players. Your primary duty is to escape from the beast and run away or hide from it. Make sure to run always and in here; one player is playing the role of survivors while another player takes the part of a killer who seeks survivors to kill. Survivors are running for their lives and seeking the unlock of exits. In the settings of Roblox, the jailbreak is known to be the most time spending game, and once you get into this game, you will either plan a robbery or evaluate the criminals before they escape. Your choice. Teaming up with your friends is still possible here, and choose either to play the guilt or right. If you choose to play the criminal role, your role here is to escape from your prison. But if you choose the opposite role, you are going to stop the criminals from escaping prison. Alex Balfanz created jailbreak, and he specially mentions that this game has got millions of popularity with its first release.

You can take the chance to play jailbreak in Roblox online and even have the opportunity to extend the gaming experience to the outside world by sharing sets and toys in the world.

Our Roblox number one best game is going to MeepCity. We have to mention notably that this game is the number one game that can get one billion plays or visits in the Roblox. Visits are usually the defined name given by the Roblox to playing. So paying for this game is quite an honor for every beginner. You will get the chance to visit more than millions of visitors in MeepCity, and you can even chat with them in advance. By playing MeepCity, you will be granted to enjoy so many various games in advance. And also, they are going to pay you coins for playing and customization facilities for the estate.

For people who love to play mystery and puzzles, this game is for you. If you are dedicated to set up the hidden means of mysteries and to survive, choose this game without thinking even a second. At the very beginning of the game's every round, you are asked to play a role. In here there you will see innocents are running, and they are even hiding from the Murderer. These innocents are even using their skills of detection to find the Murderer. 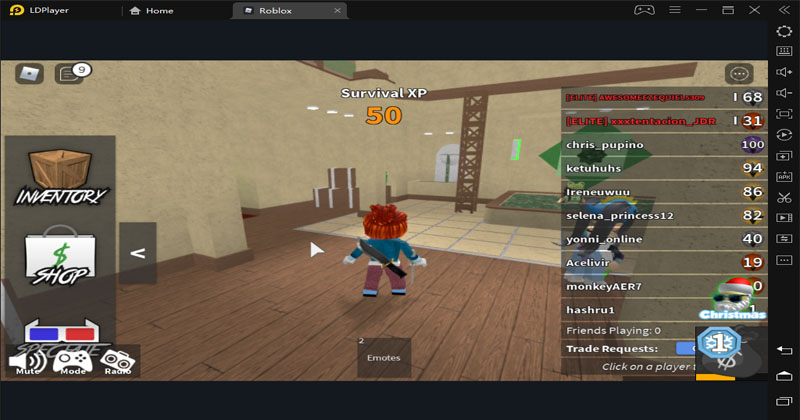 If you are a player who is seeking to dress up and showing off your accessories and garments, this will be the perfect game for you as a beginner. Royal High is such a game that remembers the high school proms for players. The feelings that this game gives you is like a royal feeling. Join many people who are playing at the right moment and find new friends with Royal High. And also, explore every section and content added to the game regularly with your friends.

Callmehbob is the creator of this royal piece, and she has engaged in creating this game to dress up anything and to role-play. Although the recognition has taken a little time once this game is introduced, this has a set of communities to make this beautiful masterpiece create fantastic items through Royal High. The creator of Royal High even thinks that this will allow small businesses to cloth brands within this Roblox world to earn their currencies. This game's developer is known to be Hiddo, and he runs a YouTube channel with a high reach. A fun fact is he is only featuring one video on his channel about the Super Hero Tycoon trailer, and it has already got 1 million views so far. That defines how much popularity and interest has taken over with this gam among payers.

Work at a Pizza Place

People who love to work with food and to deal with food come to Work at Pizza Place. This one is quite a role-playing game and one of the top favorites in the Roblox platform. You will learn to manage a pizza shop, and you have to set the pizza orders correctly. By processing this task in the right way, you will earn money, and that money can be used for the upgrades in the game. When you play more and more with Work at a Pizza Place, you will get more features like new floors, furniture, and so many other items. You can choose a character among cashier, delivery person, pizza chef, supplier, o the pizza boxer. No matter what role is yours, you still get a job description with details. And also, you are not stuck to one character. You will be able to switch your character as you need at any time.

Roblox will be a featured platform for gamers to enjoy whatever they want in one place. So beginning a journey with the Roblox will be more comfortable by knowing little things about what you want to play. As a beginner, refer to these all games, choose what you like to play, and be a part of the Roblox Universe. Why Should We Play Roblox?