Area F2 is the world's first 5v5 Close Quarter Battle (AKA CQB) FPS game for mobile, delivering a realistic indoor tactical combat experience. In Area F2, the first CQB mobile FPS, players fight over ultra-realistic environments as attacker and defender, playing as one of a wide selection of agents, each with their own special ability. All roofs and walls can be reinforced or destroyed, challenging players' skills and tactics as every wall may become a potential entry point. You first start off by picking your spawn point, picking which agent you want, customizing your agent, and then looking in. You will do this again after each round. First to win 3 rounds wins the whole game. You only have one life.

You may enter the game as an attacker or defender. As an attacker, you use a drone to scout the insides of the building for defenders and your main objective is to find the target. 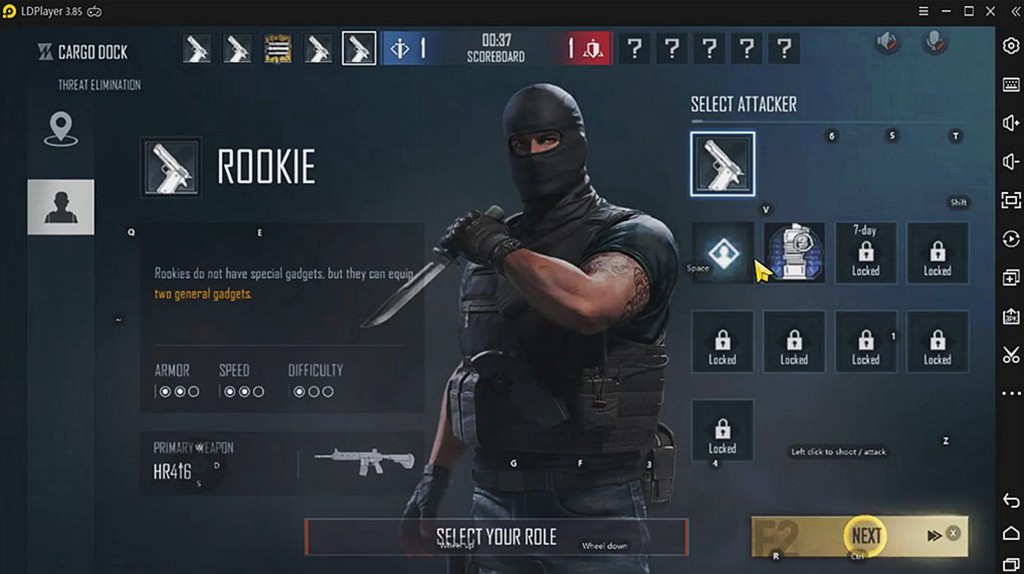 After the preparation phase, attackers will enter the building to capture the target objective. This is called action phase. 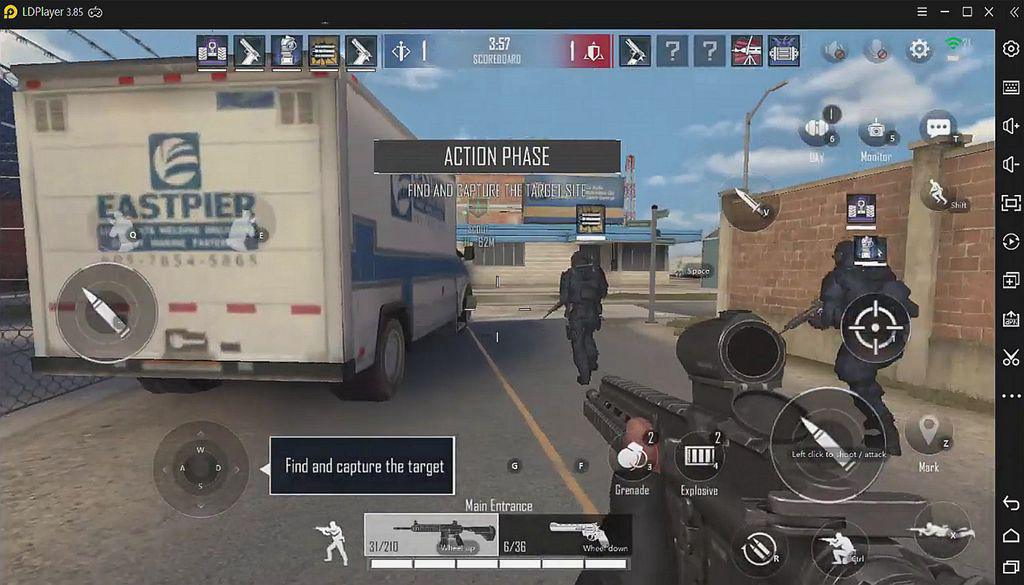 You can destroy monitors by shooting them down. Monitors allow the enemy to locate you and mark you if you are in the monitor’s line of sight.

The rope feature allows you to climb up on walls and vault through windows you can't reach.

You can use melee button to melee enemies, breach windows and barriers, make holes in breakable surfaces and destroy barbed wire.

Once you find the target site, you can either capture it or kill the opposing team to win the game. Defenders have to protect the target site and prevent the opponent from capturing it. During the preparation phase, you need to fortify the area and apply your defensive strategy to defend it. When the action phase begins, you just need to protect the site.

One tap headshots are a thing as Area F2 is based on more realistic gunfights.

This feature allows you to vault through blocked windows but only when they have been meleed twice.

Allows you to use the agent’s skill.

Allows you to use your extra remote bomb, barbed wire, grenade, or impact grenade. Each agent has its special gadget, resulting in a wide range of skillful interactions and combinations

There are certain agents which are easy to unlock as beginner. You can unlock Agent Phantom and Silence in the shop. They're fairly cheap.

For Thermite, ACOG Sight is recommended, because the AK-12's vecoil is very stable.

Instead of explosives, I would recommend using flashbang because Volcano already has Thermites. Flashbangs are useful for rushing in after using the Thermite.

For magnet, l would use holographic sight on the SABAZ just because it's recoil is pretty hard to maintain. For Gadget B, I would actually recommend using explosives but it's really up to your play style. Explosives are situational. For P90, I would use Reflex Sight because it has a better field of view than the rest.

How to use Lightning and Swamp: Shockers can stick to anything metallic such as Reinforced walls and barbed wire. When enemies come into contact with these metal surfaces they will be hurt and electrify.

Note: It is the same thing with barbed wire.

Boot camp training room can help sharpen your reaction speed, make you more paranoid and vary of your surroundings as well and help you be more familiar with maps.

Once the Target Site location has been found, try putting your drone in a safe spot because you can actually continue using the drone after the preparation phase. You can either place it near the Target Site or place it on where you're planning to attack.

Before you break into windows, make sure no one is there. Do not rush in, peek into windows to ensure that the area is isolated.

When you see bullet holes, always be extra careful as enemies may use the wall as cover and kill you through the holes. When you see holes, get behind cover and peek to check that no one's there. If there is, try killing them.

Watch out for monitors as they can reveal your posse. Now shoot them down as soon as you see one.

Always make sure you check your surroundings and ensure that no one is in the room that you are about to enter in prone position to see signs of movement.

Defenders during preparation phase should find an area where they have cover and can keep an eye on the target as well. Make sure you fortify that area as well, so you won't get blown up.

Never rush out, try to stay behind cover once the battle begins.

Once the battle begins, make sure to check the monitors to get on update on your enemy's location.

Tip 4:
Put holes in the doors and walls to scout for enemies and surprise them

Peeking is a very important feature in Area F2. It is basically like pre aiming in COD Mobile. Always use it around corners or areas that are out of your vision.

During the breaks in between rounds, make sure you analyze the map to plan out your attack or defense strategy.

That’s it for Area F2 on PC: Beginner's Guide. Please check - Area F2 on PC: How to Download and Play for more information. Also, visit our platform regularly to get more guidelines for more games. 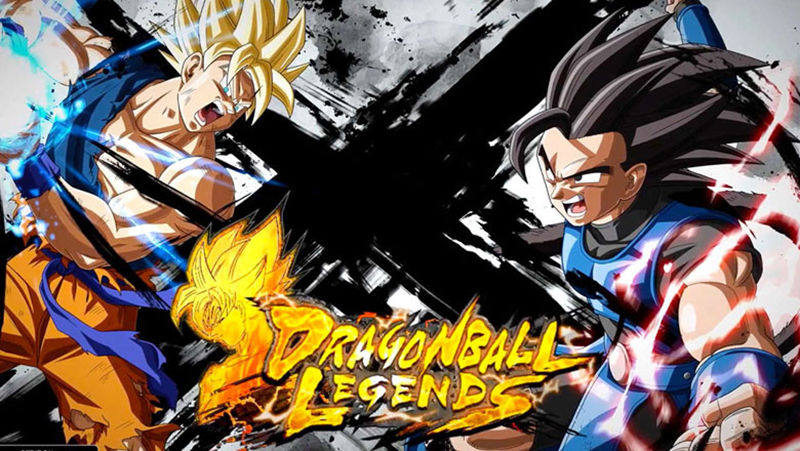 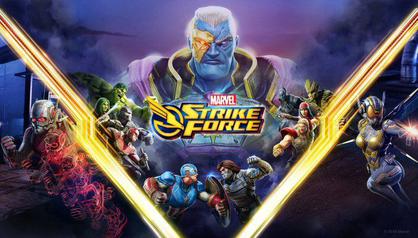 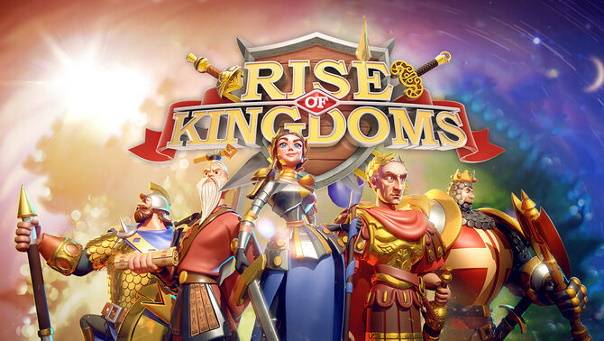 Area F2 on PC: How to Download and Play