The 2020 League of Legends World Championship begins September 25th in Shanghai, China. This year marks the tenth version of the biggest event in esports. Here’s everything you need to know about this year’s Worlds. 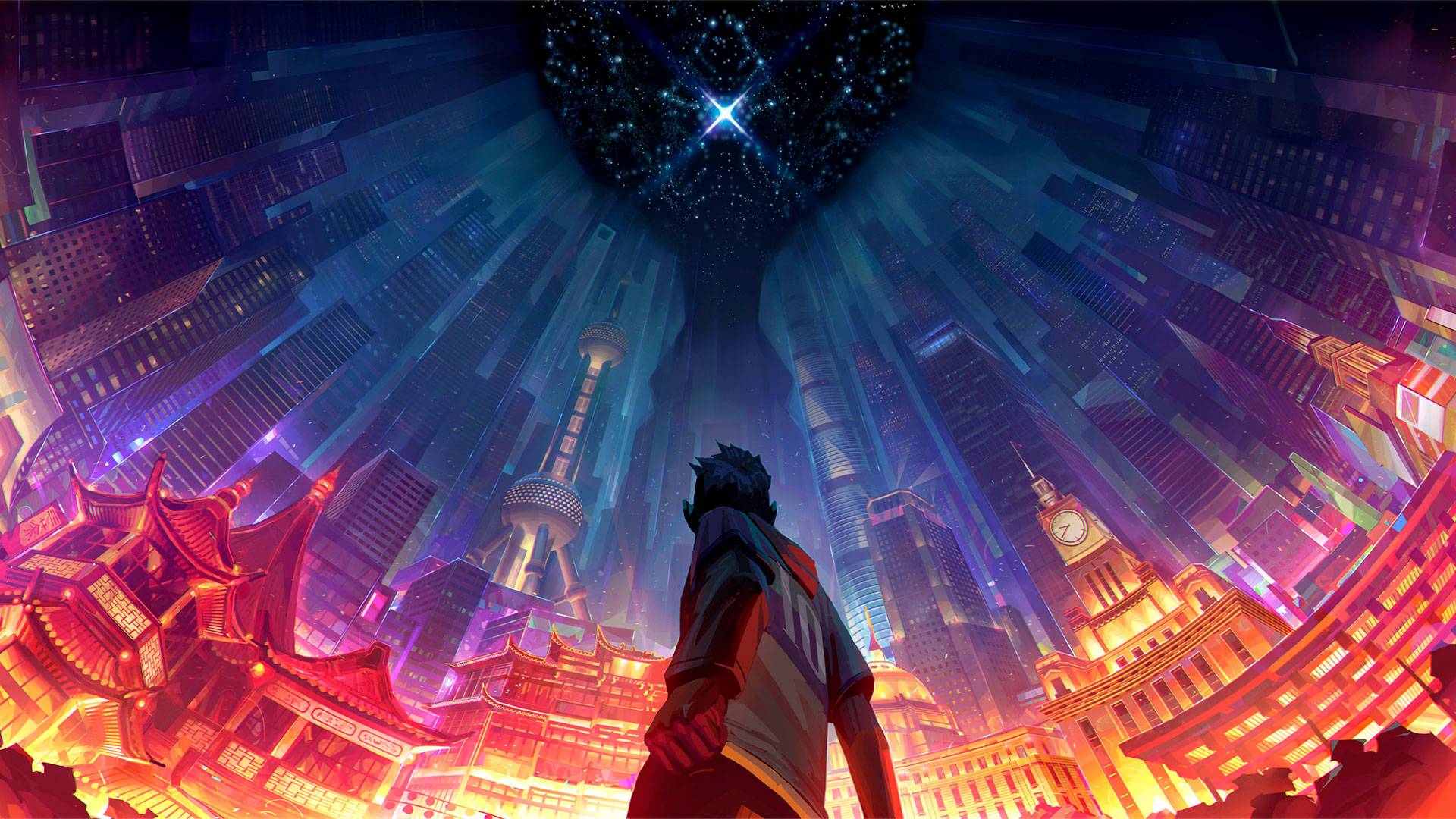 What is the World Championship?

The League of Legends World Championship (also known as Worlds) is a yearly international tournament that brings together the top teams from each regional league in a battle to hoist the Summoner’s Cup and earn the title of World Champion. The event moves between host regions each year; this year, teams will compete in the grand city of Shanghai in China.

When is Worlds happening?

Worlds begins with the Play-In Stage on September 25th and concludes with Finals on October 31st. Individual stage dates are listed below.

Worlds is composed of three stages: the Play-In Stage, the Group Stage, and the Knockout Stage (Quarterfinals, Semifinals, and Finals). A detailed breakdown of each stage is below.

Where will Worlds take place?

Which teams are competing?

A region’s seeds are based on past international performance. Consistently strong regions send some or all of their seeds straight to the Group Stage, whereas other regions receive fewer seeds and/or start in the Play-In Stage.

This year, the teams competing from each of the different regions are:

This year marks the debut of a new region, PCS, which encompasses players and teams from Southeast Asia. For the 2020 World Championship, the PCS will have two seeds.

This year, for the first time, the fourth seeds from China (LPL) and Europe (LEC) will join the event as a reward for these regions finishing at the top of the global power rankings. These rankings look back at the last two years at international tournaments such as the 2019 World Championship. Both of these teams will begin their tournaments in the Play-In Stage.

Unfortunately, due to the global pandemic’s impact on travel, Vietnam (VCS) will be unable to compete in China this year. The VCS teams will be awarded their full share of the Worlds prize pool as if they had competed in the event.

With VCS being unable to compete, the one Group seed and one Play-In spot that were allocated to the region will be removed from the competition. This will result in a total of 22 teams participating at Worlds instead of the traditional 24. To account for the reduced number of teams, several format changes will be implemented for the Play-In Stage. The Play-In Stage will now feature 10 teams instead of the usual 12 and LCK’s third seed will automatically advance to the Group Stage.

We will also be making some changes to how we allocate the prize pool for Worlds this year. One of the most exciting prizes in esports is having your accomplishment enshrined in game with the World Champion Skins, themed in consultation with the members of the winning team. The players and team also receive 25% of the sales of these skins.

Over the past few years, these skins have performed better and better, leading to a much larger gap in prizing between first and second place. To create a more equitable structure, the first-place prize will be reduced and allocated to the other finishers to better distribute the Worlds prize pool to the remaining competitors, who do not benefit from the sale of the Worlds skins. We’ve slightly modified the intended new structure to account for the VCS teams who are unable to attend; we will be paying out more than 100% of the prize pool this year.

The breakdown of the new guaranteed prize is below:

The 10 Play-In teams will be split into 2 groups of 5 teams each.

Each of these groups will play a single round-robin cycle, with the first-place teams both advancing to the Group Stage, and the last-place teams being eliminated.

These matches will determine the four Play-In teams that move on to the Group Stage.

Check out the [Worlds Format Explainer] for a detailed look at this years’ Worlds format!

16 teams – 12 that qualified for the Group Stage directly, and 4 from the Play-In Stage – are drawn into 4 groups. Each group plays a double round-robin, best-of-one series.

The two highest-ranked teams from each group will move on to the final leg of the tournament, the Knockout Stage.

Interested in how groups are selected for the Play-In and Group Stages? Tune in for the Draw Show on September 15 at 5:00 AM PDT, 8:00 PM CST

Eight teams move on to the Knockout Stage, which encompasses Quarterfinals, Semifinals, and Finals. For this stage, the tournament transitions to a single-elimination bracket with all matches played in a best-of-five format. Matchups are decided by an on-stage draw before each day of play begins.

The team that comes out on top will become the 2020 World Champions.

How do I watch?

See below for the Worlds 2020 broadcast schedule: 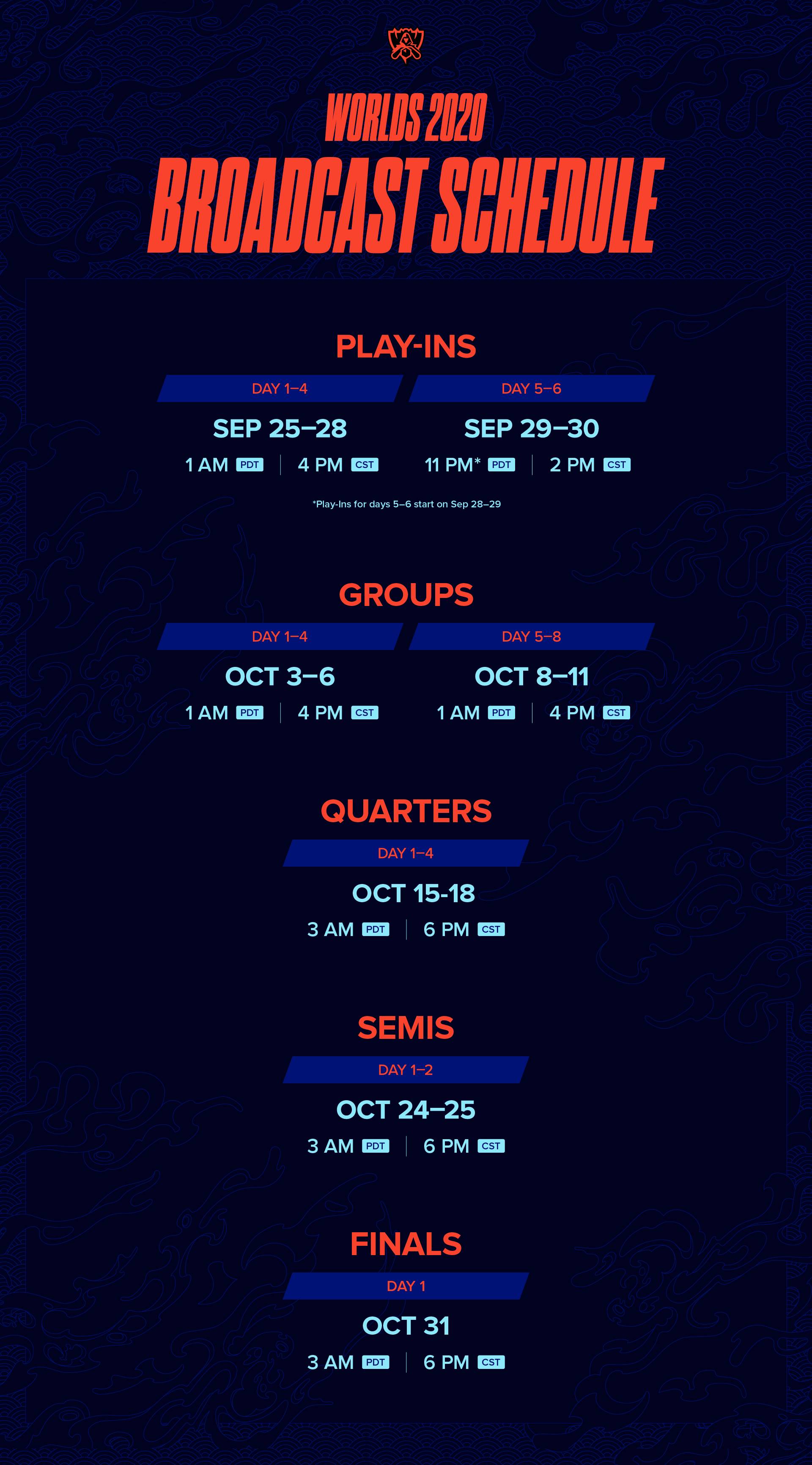 You can catch every match on https://lolesports.com.

Among Us - How to Find Impostor: 6 Crucial Strategies