Being released in October 2020 for the Japanese market, finally Octopath Traveler: Champions of the Continent is available for the Western Market. If you have played other chapters from this series, you will easily recognize the style of the game. Beautiful retro graphics with Pixel art, Fully voiced Japanese Characters and Main Story dialogues, and music from Square Enix will let you embark on emotional stories. The game is Single Player with Gacha Element, maybe you are familiar with similar titles like Another Eden. Let’s embark on this adventure together!

What is Octopath Traveler: CoTC?

Octopath Traveler: Champion of the Continent is a newly released (for Global Market) Turn Based Single player RPG, with Gacha Element. Like any other Octopath travelers series, the game is heavily focussed on Stories for any character. Discover the background of any summonable hero, while also enjoying 3 main Story chapters called “The Ring of Wealth, Power and Fame”. Play with a plethora of Champions and form a 8 size party, with different combinations of Classes! Have fun battling big bosses in the Hunts, hard enemies for Sub Story and Traveler Story content, while experiencing the best music provided by Square Enix and Retro Pixel Graphic. If you liked the Octopath Traveler Series for Switch/Pc, this new Spin-off is what you wanna play! 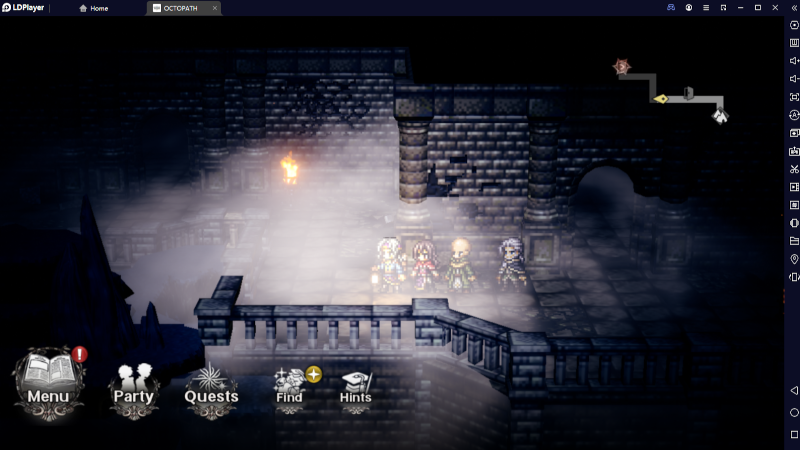 At the start of the game, you will summon a random 5 stars character that will act as yourself for the game story. After a short tutorial, you will need to choose 1 of the 3 Main Story (Wealth, Power and Fame) but don’t worry, you can complete them all by time. Story mode will let you explore, find strong monsters, buy Weapons and Armors at the shops, rest in the Inn, find treasure chests etc.

Traveler and Side Story 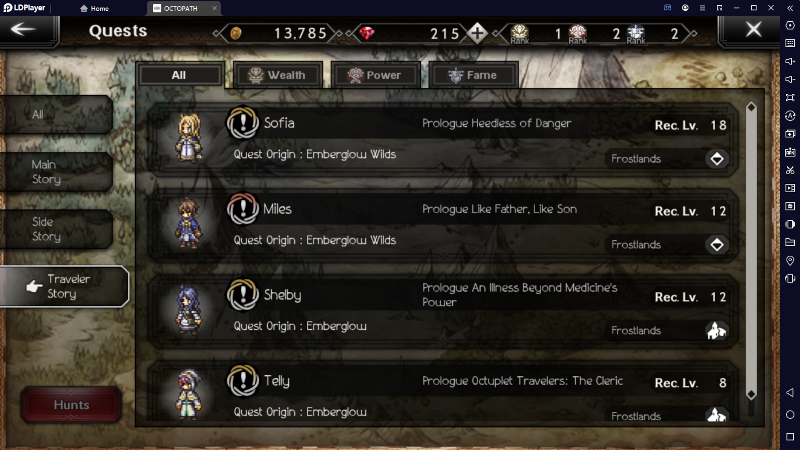 After you finish Chapter 1 of your Main Story, you’ll unlock Traveler Story and Side Story. 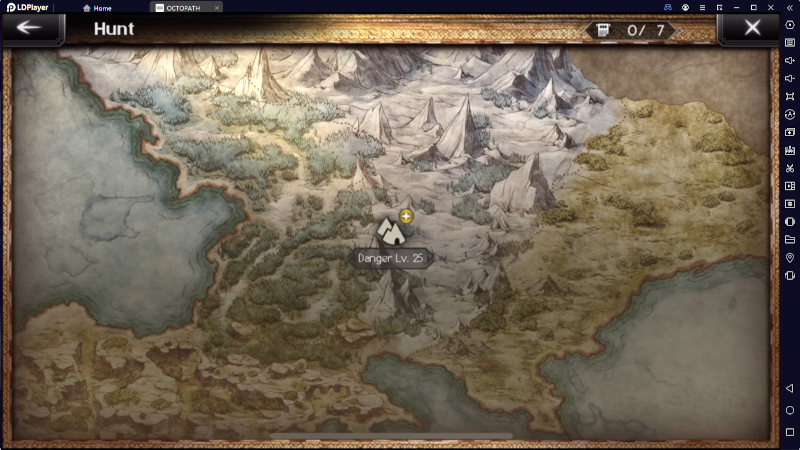 The “Hunt” feature (unlocked later in the main story) lets you fight strong bosses (mini boss and big boss at last) for great rewards, like a lot of Experience Points and also Items that are required for unlocking 5 Stars Character Potential. 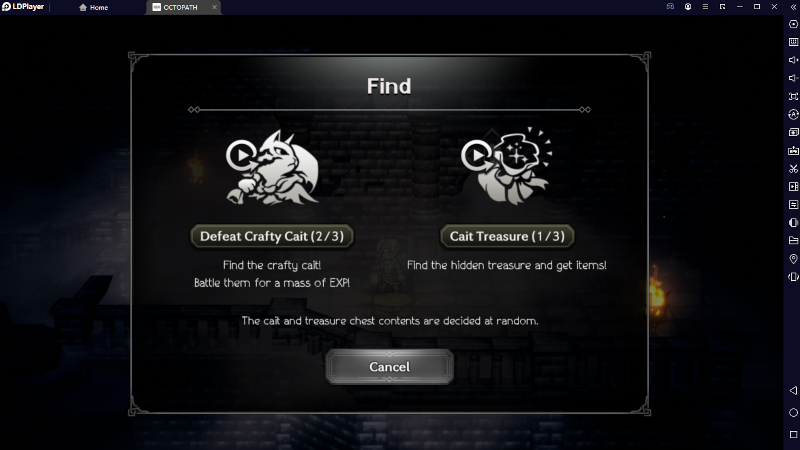 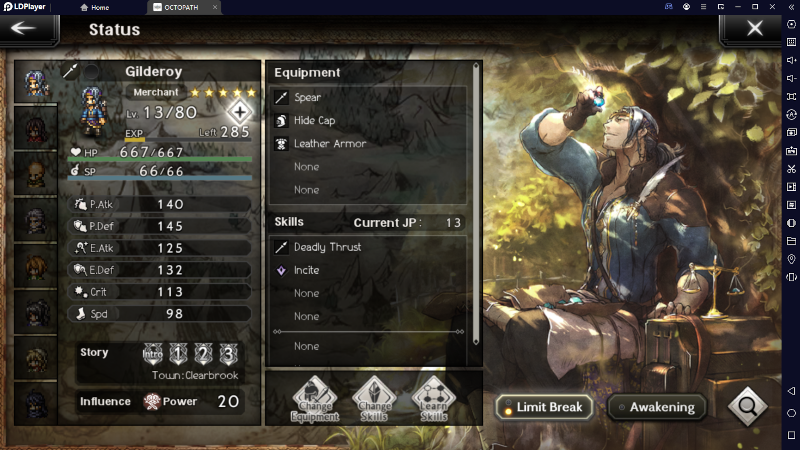 The Characters you will summon in the game will need different kinds of items for improving the combat performance: 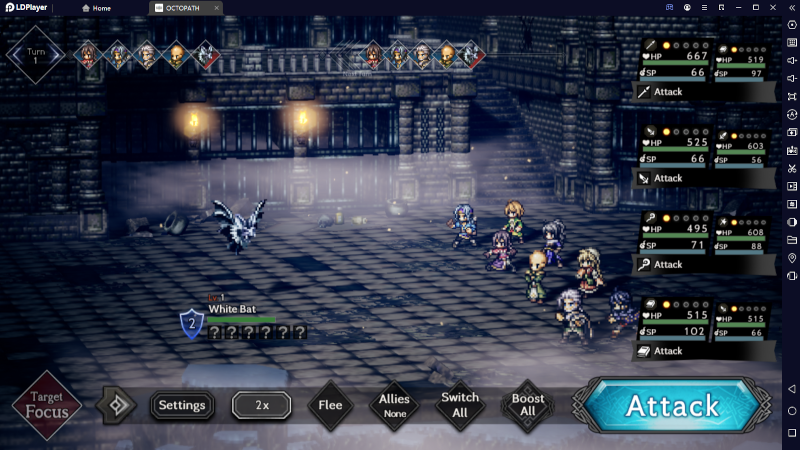 The battle screen have many feature that are important for your game progress: 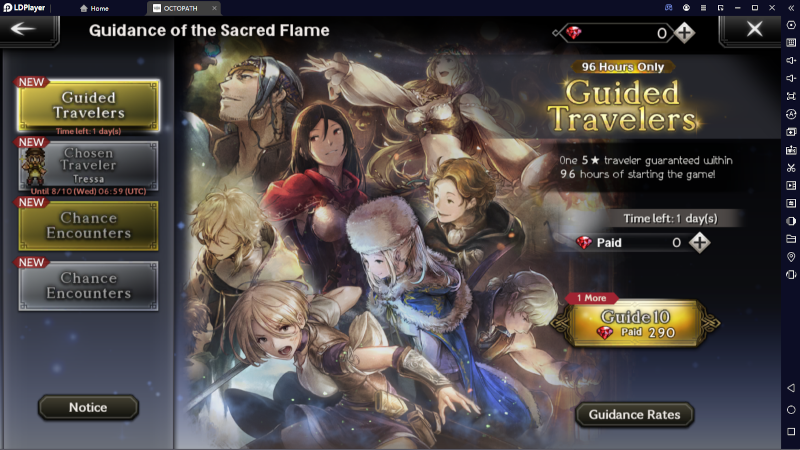 The “Guided Traveler” banner is only available for 4 days after you start play, and it’s a “Paid Banner”, if you don’t know what it mean, it can only be used with Paid Ruby, so normal Ruby obtained with the in-game quests/events are not usable. If you wanna roll on this banner when you start the game, the lowest price for 300 Ruby is around 30$ (converted on your value). Here’s the rates:

From First Pull to Ninth:

For the Tenth Pull: 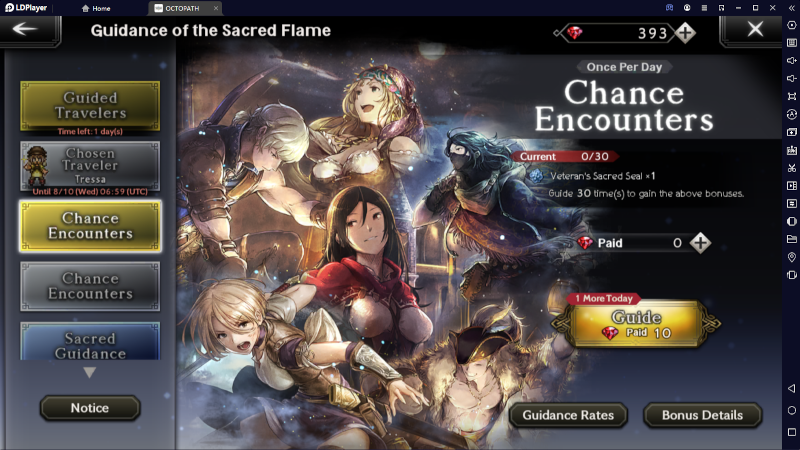 There’s no pity for the banner itself, but once you summon (30 Times for Paid Version or 200 Times for Free Version) you will receive a sort of pity compensation, the “Veteran’s Sacred Seal” that will give you a random 5 Stars Character. 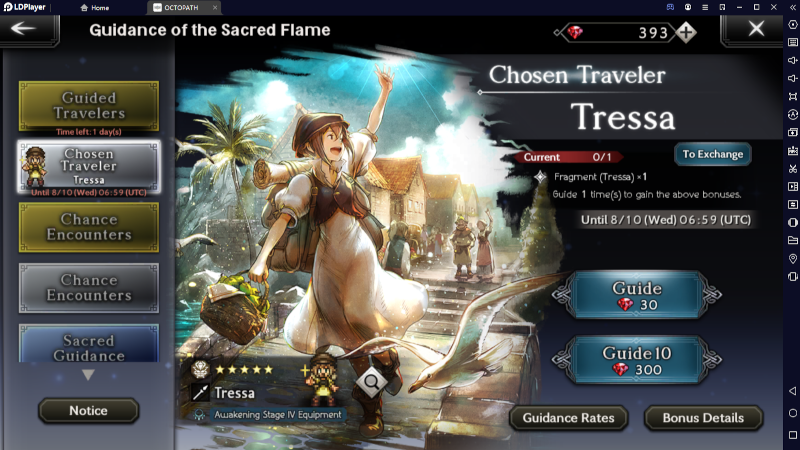 The “Chosen Traveler” banner is the first “Rate up” banner in the game at release, featuring Tressa. The banner has a pity system at 200 pull from the Exchange feature. You can also choose to use 40 “Tressa Fragments” you get from pulling (1 every 1 Pull) for “Tressa’s Guidance Stone” x15 if you already own the character before reaching the pity. Here’s the rates:

Pity
After you summon 200 times, you will receive enough “Tressa’s Guidance Stone” for Exchange the character in the banner shop 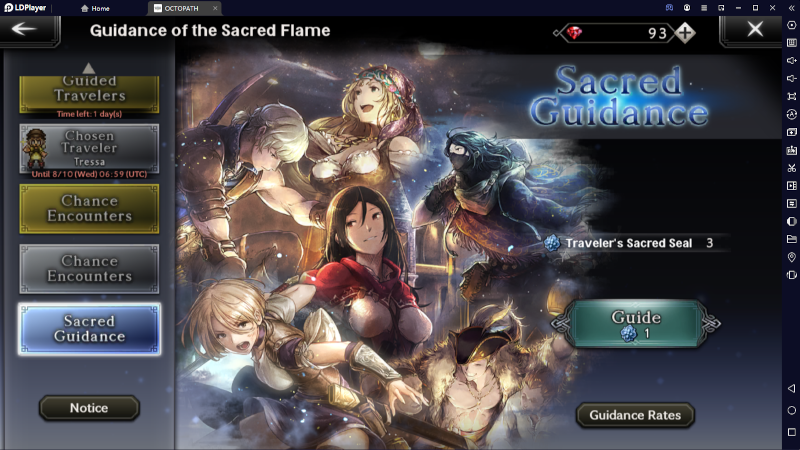 The “Sacred Guidance” Banner is only available when you have the currency for it, same as other currency based banners. It has no pity and no rate up. Here’s the rates:

Should i Play it? Pro & Cons 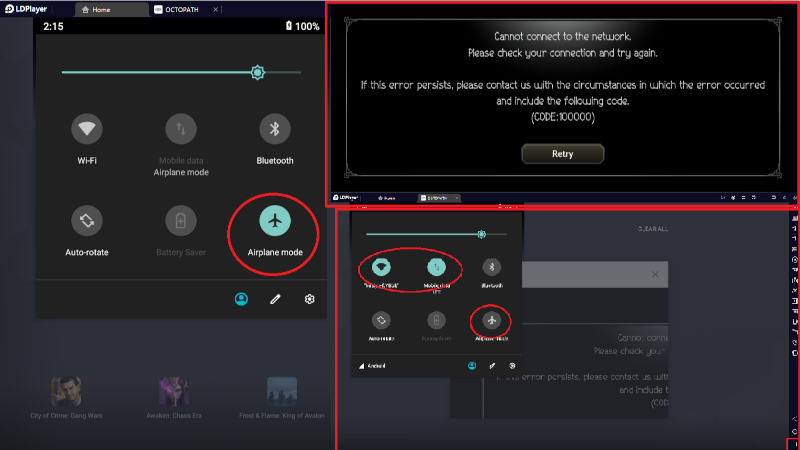 Since the game is being blocked on Emulators, here’s a temporary fix for play it in LDPlayer9

Baseball 9 Beginner's Guide to Make You a Pro Player Octopath Traveler Tips and Tricks to Start Your Adventure

How to Play Octopath Traveler: CotC on PC [Unlimited Area]