Thrud Broken Heaven Tips and Tricks to Become a Pro

3D Waifu Sky Shooter games are harder to find these days and that is why everyone hopes for this newly announced air combat game with beautiful 3D anime characters to collect, the Thrud Broken Heaven. Considering the CBT gameplay, we can assure you that this game will give you a unique experience because you have only tried games with battles on the grounds over the years. But now, here, you will experience fighting in the air. So, let us see some Thrud Broken Heaven tips that will be valuable for you to be a pro here. 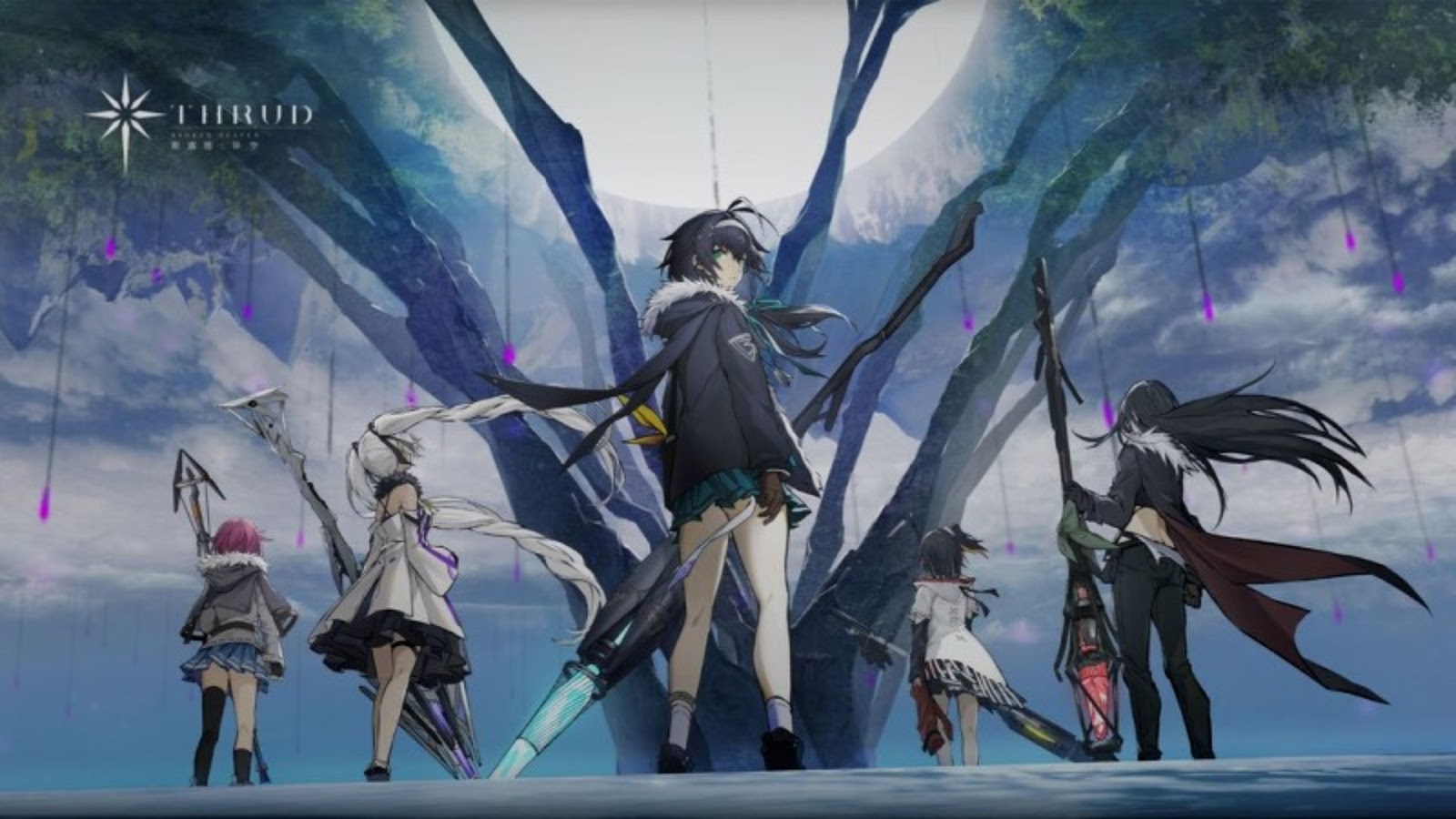 When talking about the game story, it is about a gang of girls called Sluad, who use a Magic Broom-like thing called Style Staff to battle in the air. And the purpose of all these battles is to regain everything humankind has lost. Therefore, you need to fight with different kinds of enemies that you have never met before, and to match with others, you need to strengthen your character. But before that, you should have some Thrud Broken Heaven tips and tricks to ease your gameplay while becoming a pro player quickly.

With this tips and tricks guide, we can assure you will learn the best tricks and strategies to use in every game phase, preventing you from struggling with anything. So, it's time to have some Thrud Broken Heaven tips to ease your gameplay. Now you also can take the fully gaming experience with Thrud Broken Heaven on PC  from LDPlayer 9, and with that keeping on your mind, let’s start the guide.

One of the top Thrud Broken Heaven tips you can use when you start playing this game is dodging enemy attacks. This is an essential tip to use in battles because if you fail to avoid enemy attacks, it will greatly damage you and decrease your health points. 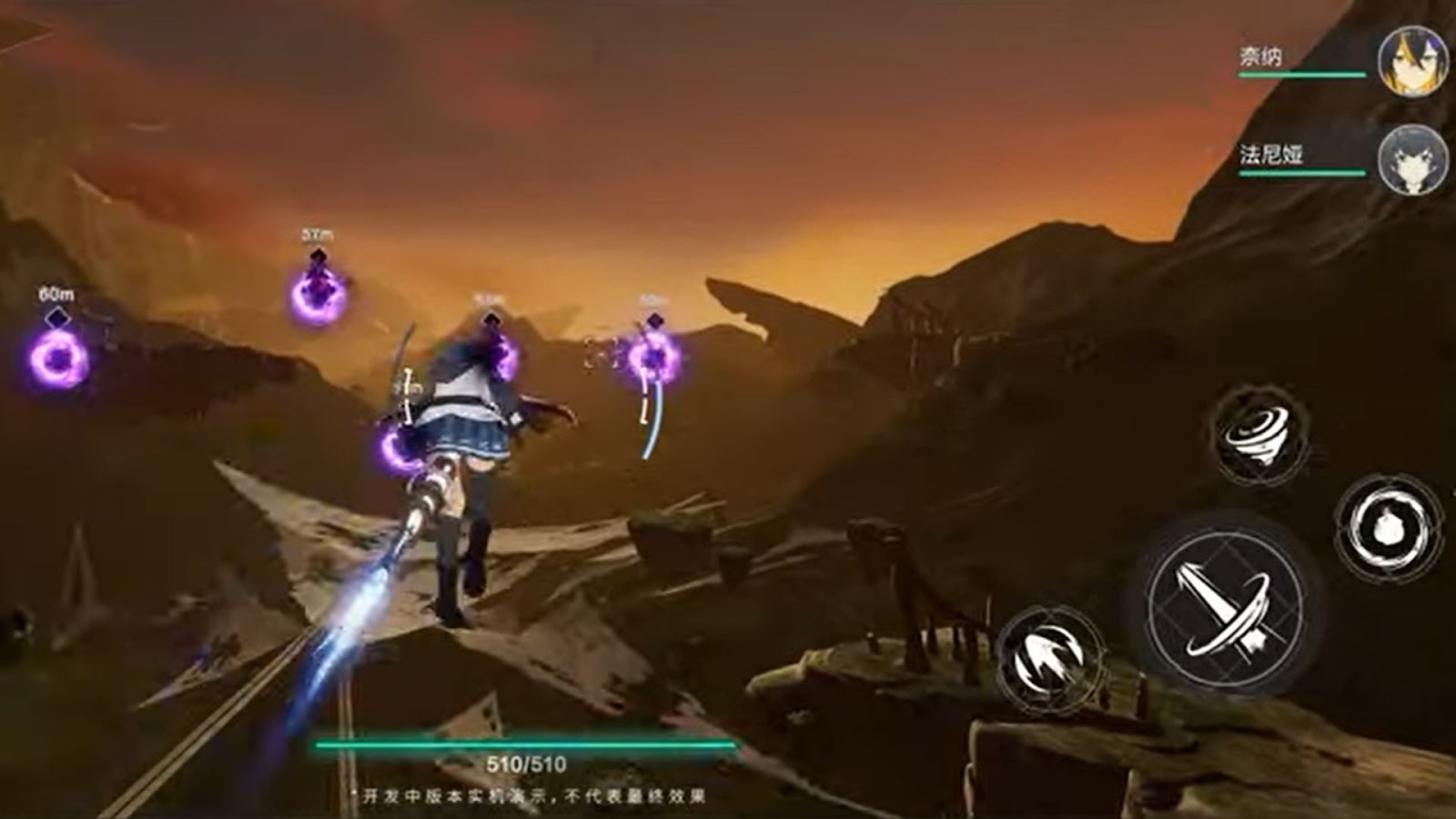 Therefore, as you always focus on attacking enemies with the correct aim, you should pay attention to the incoming enemy attacks towards you; otherwise, you will not survive long in the battle if the enemies continually hit you.

So, make sure to dodge attacks well when you do not have time to destroy the enemies' attacks using yours and survive until the end of the battle.

Every character has different weapons when you start the game, and every weapon has a unique range. Therefore, when you use the gun to attack enemies, keep a good range between you and the enemies because if you are too far away from the enemy, you cannot deal massive damage to the enemies using your weapon. Still, you will experience an enormous amount of damage reduction.

So give a prior attention to the aiming area of the weapon your character has. You can choose your attack distance flexibly by sprinting towards the enemy to defeat more enemies efficiently without wasting the weapon's energy. Therefore as this Thrud Broken Heaven tips and tricks guide, keep a good range between the enemy and you to deal effective damage.

The next one of the Thrud Broken Heaven tips will be useful if you dream of being one of the top sky shooters in the game because it is about the battle formation of characters. Before you enter a battle; whether a chapter mission or not, you can create a line-up for the fight using the characters you have already recruited through the in-game recruitment system. 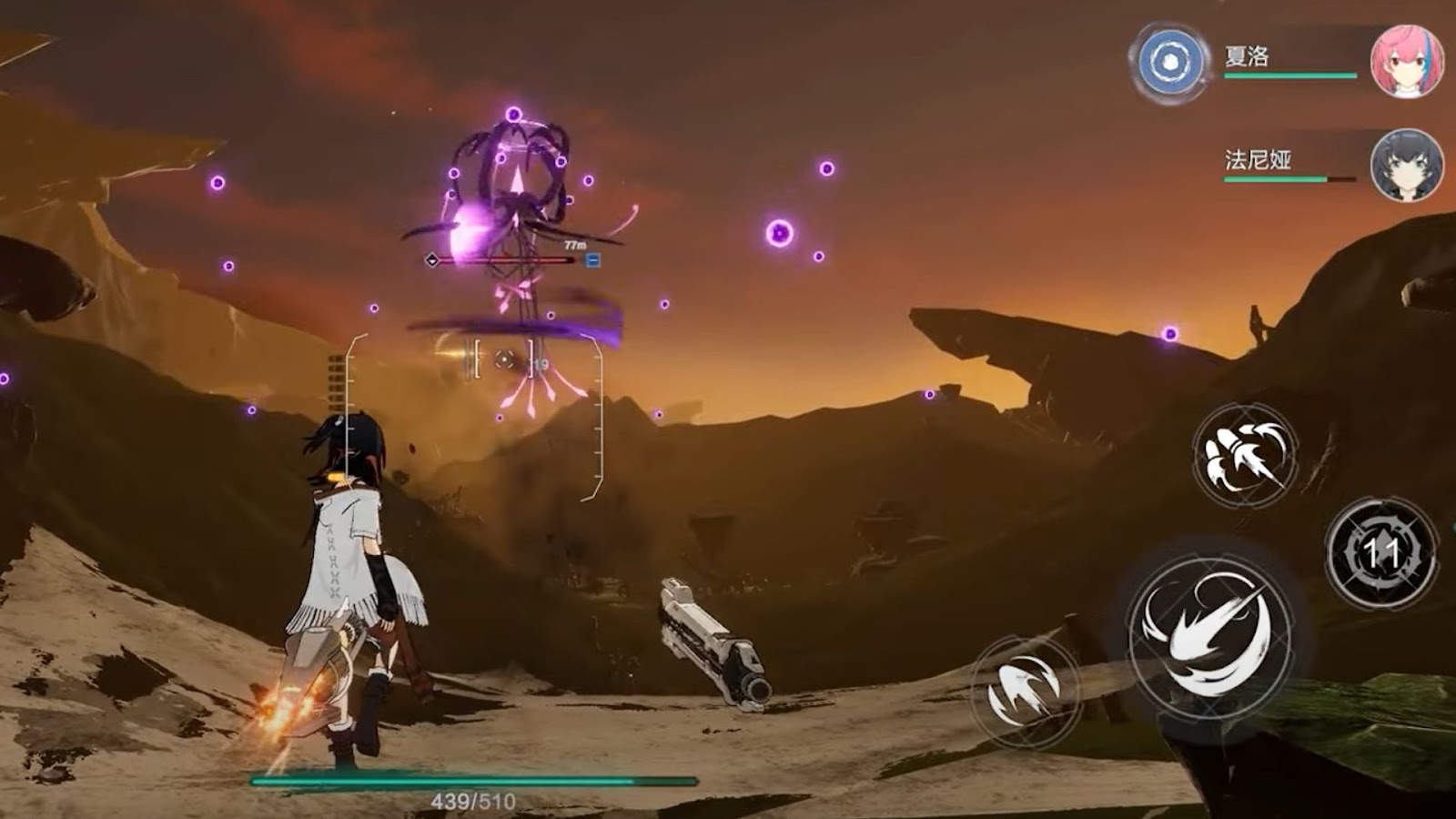 You can assign up to four members into a battle formation, and even if you do not have four members right now, you can start the battle with the characters you have, whether a two, or three-member formation. But when you proceed through the game, recruit more characters that are higher in the star tier and assign them to your team to have the top battle outcomes.

Creating a battle formation consisting of the best characters is a good advantage because you can change the characters during the battles when there is a need.

For example, if your currently using character seems to run out of health points, you can use another character from your battle formation to continue the battles better. Since creating a top battle formation with top-level characters is one of the best Thrud Broken Heaven tips mentioned in this guide, use it without belittling when you play the game. 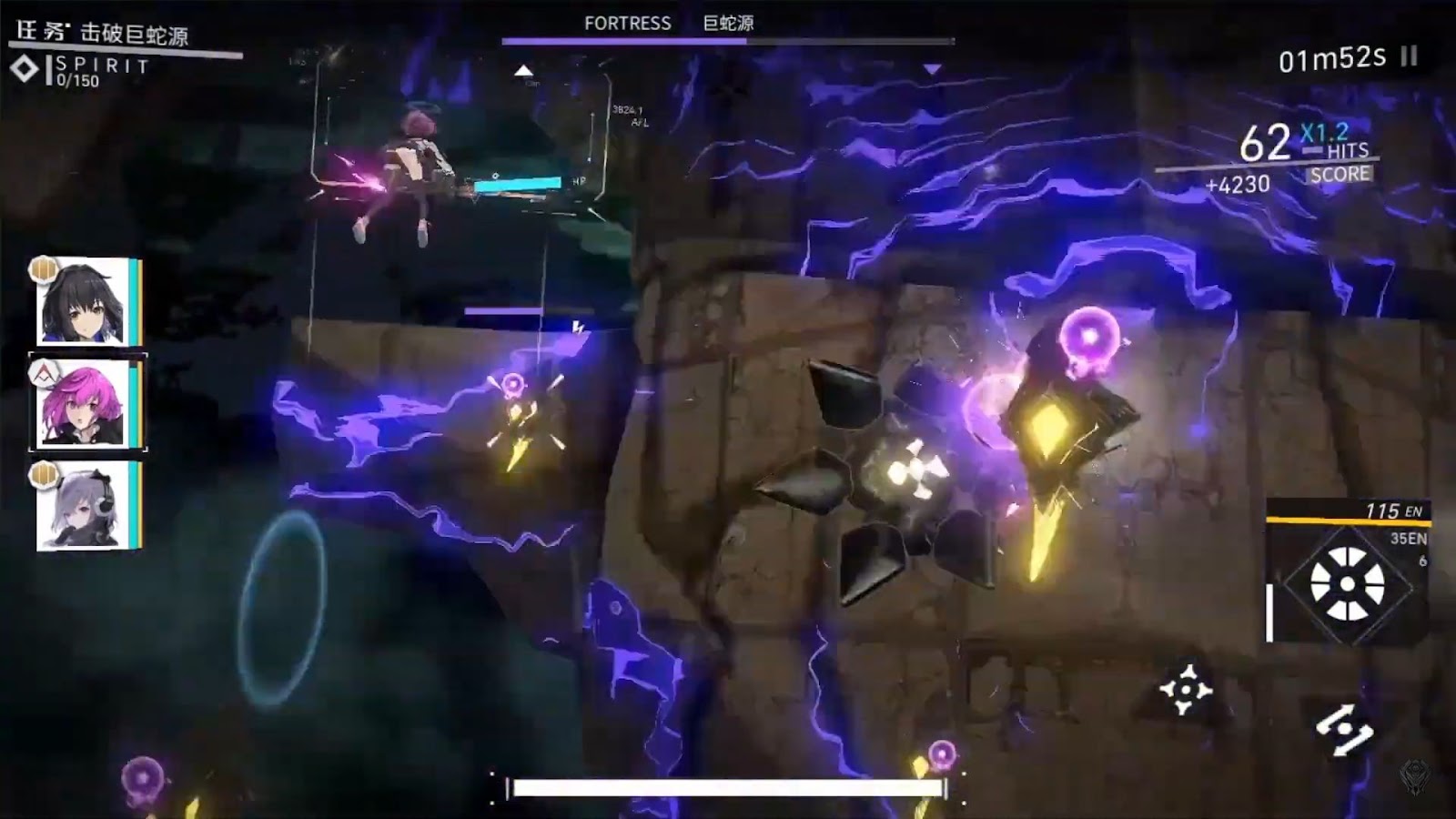 As we said earlier in this Thrud Broken Heaven tips guide, you need to focus on dodging the attacks when the enemy attacks are too flashy to destroy using your attacks. But whenever you have a chance in there, you should attack enemies with your skills and weapons.

The next one of the top Thrud Broken Heaven tips you can use in your gameplay to be a pro player is choosing the suitable character class. Character classes include assault, heavy, scatter, sniper, and many more. 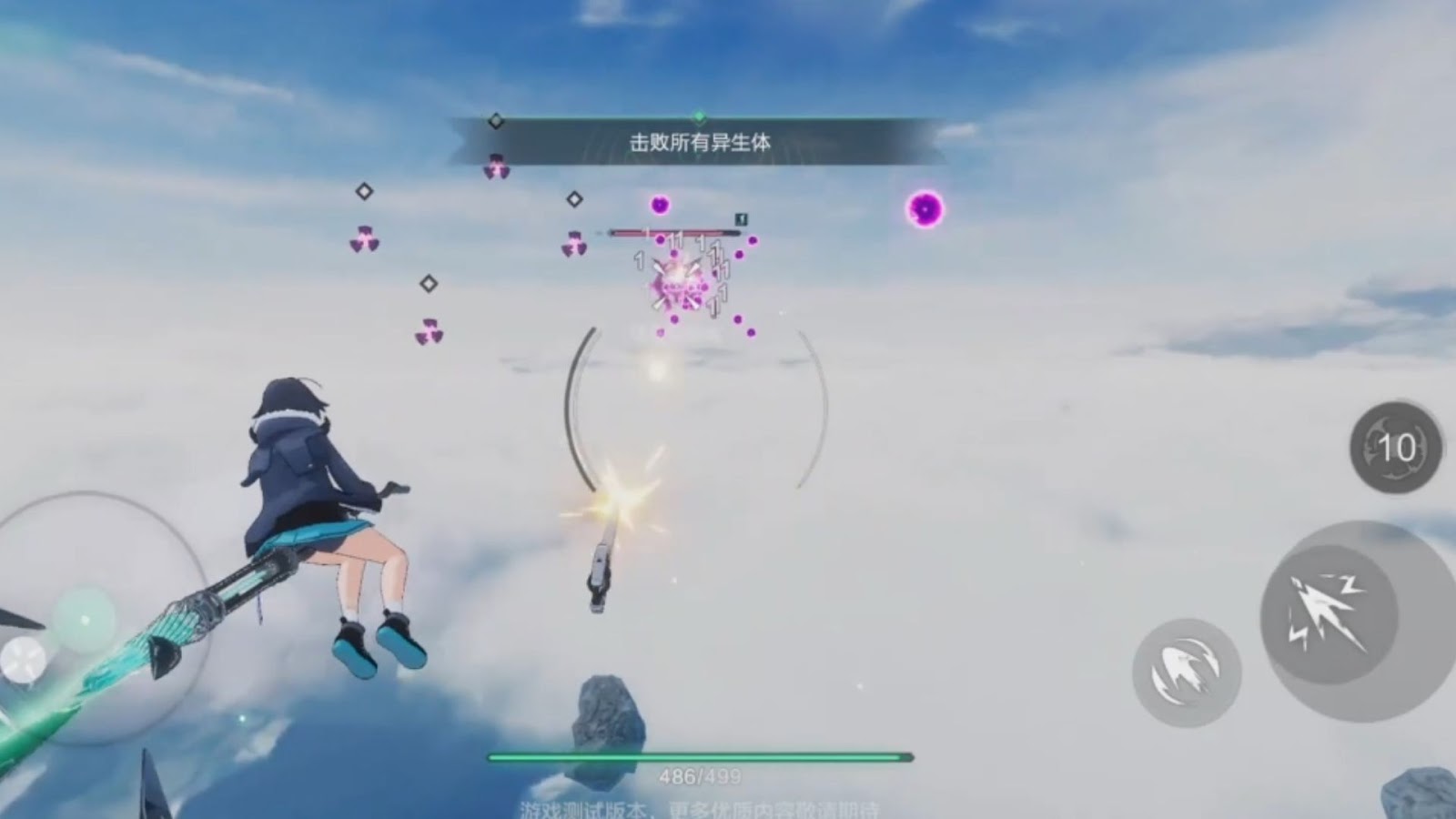 Since there are characters with different classes, you should analyze each class's features and characteristics and then choose the characters from the classes that match your dream play style according to your opinions. 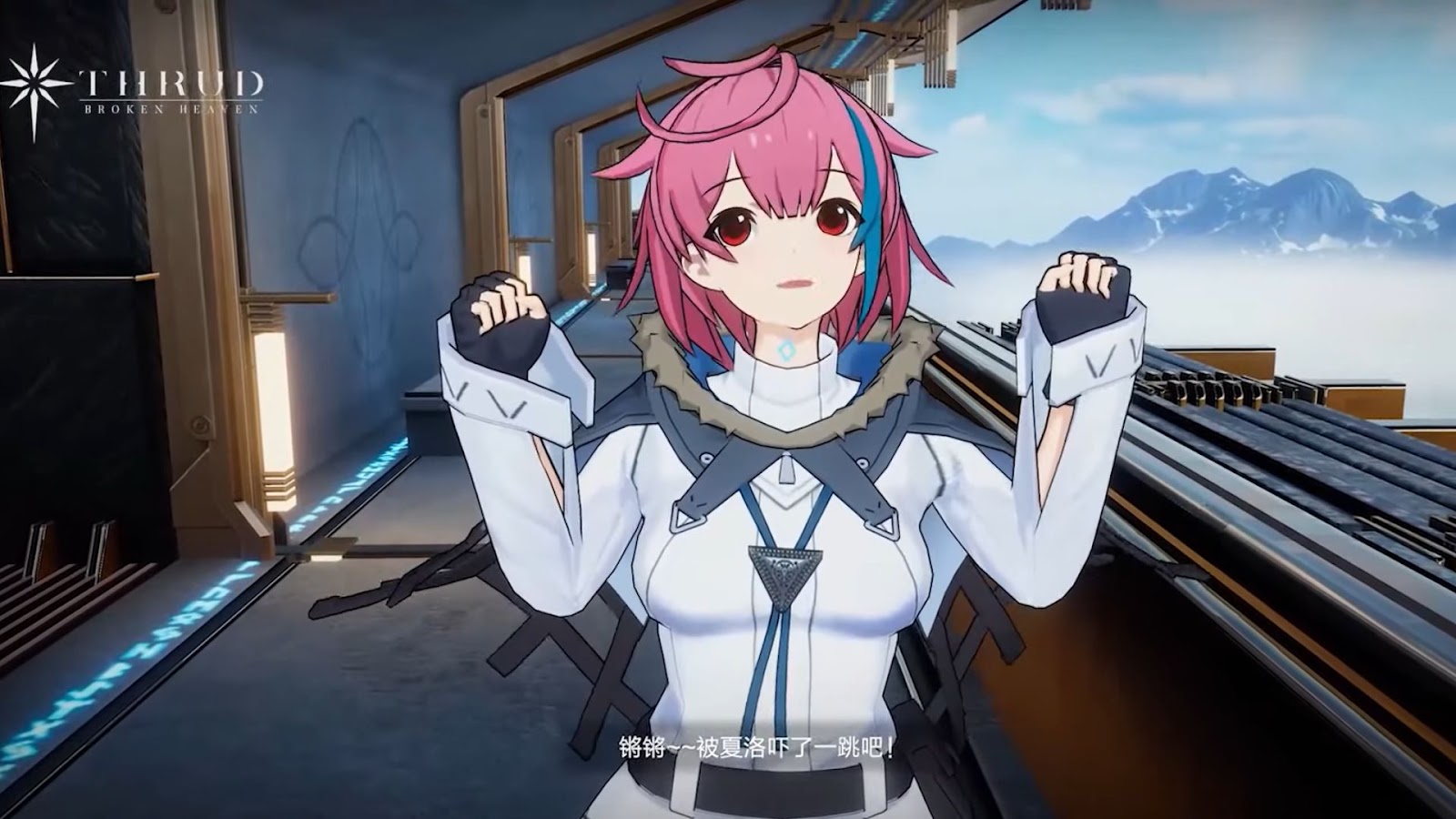 Promoting character rank is another trick among the best Thrud Broken Heaven tips and tricks that you can use when this is released for your play. To promote a character rank, you should go to the Thrud Sluad menu, tap on a character to promote and select the Rank option after entering into the character's menu.

But you should know that you can only promote the characters' rank if you find the required amount of shards for relevant characters. And once you advance a character, that character will unlock new abilities that make her a more powerful one.

How Does the LDPlayer 9 Contribute to Gameplay?

There is no other emulator you can trust for making this gameplay easy and comfortable to play other than the best android emulator LDPlayer 9, because the LDPlayer 9 is rich in lots of tools, features and also it gives you the chance to play the game on PC. 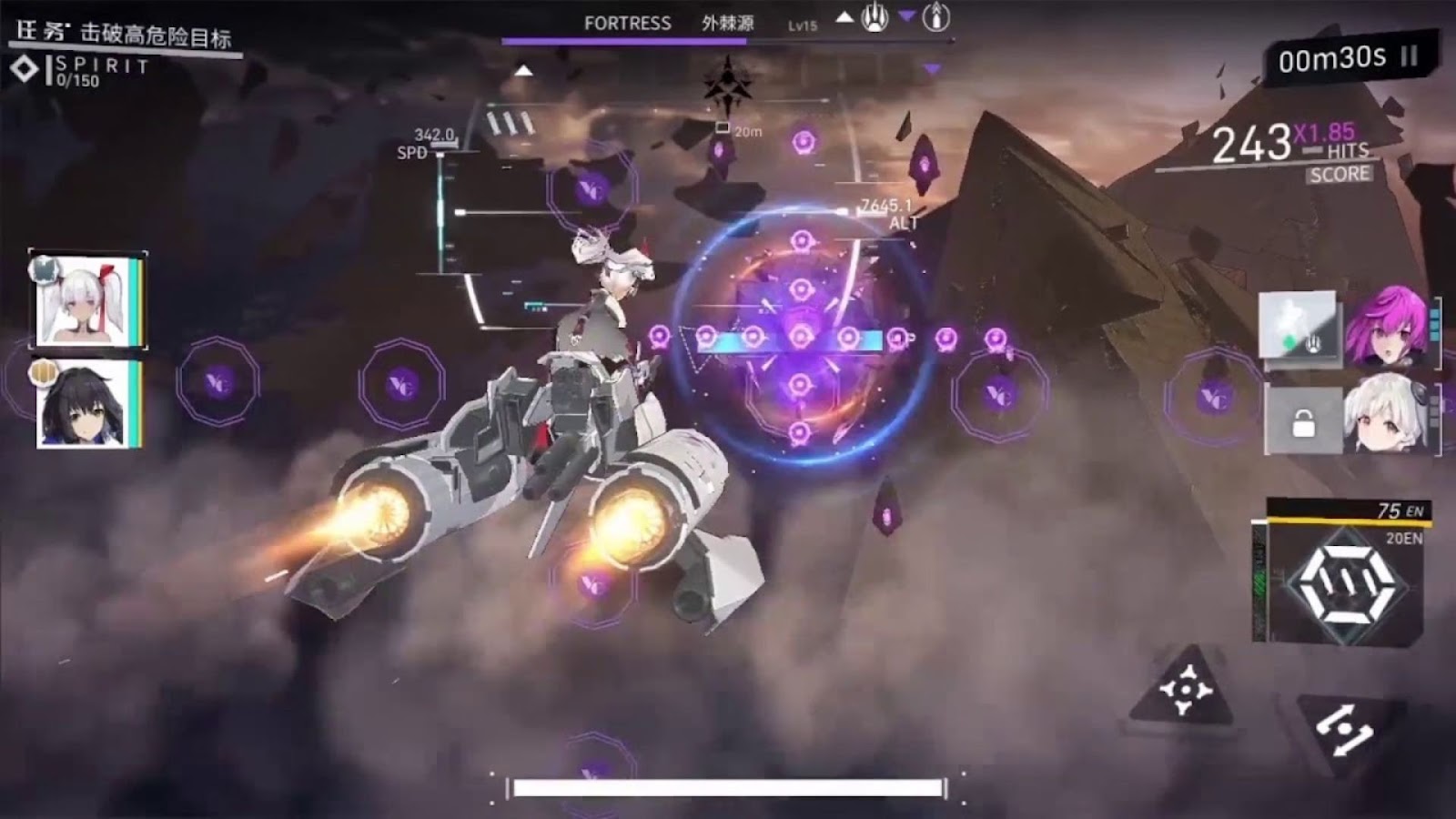 The Keyboard Mapping feature is one of the best examples of the in-built features in LDPlayer 9 you can use to have more enhanced gameplay because using this feature; you can assign your preferred keys to the in-game layout of controls such as moving your character in different directions to attack enemies and dodge attacks, sprint, skill activating, etc.

And also, since this is a game that has gacha elements when you look into the character recruitment system, you can use the Multi-instance Sync feature in LDPlayer 9 to earn the top-tier characters easily and quickly by rerolling through more than one in-game account created with this feature.

Therefore, if you need more enhanced and optimized gameplay, you should use the LDPlayer 9 as this Thrud Broken Heaven tips and tricks guide says.

Unknowingly, we have ended our Thrud Broken Heaven tips and tricks guide, so we wish to play this game after its release using the tips and strategies in our guide. So, are you ready to be a top sky shooter with the top-tier waifus collected? This is your guidance for it. 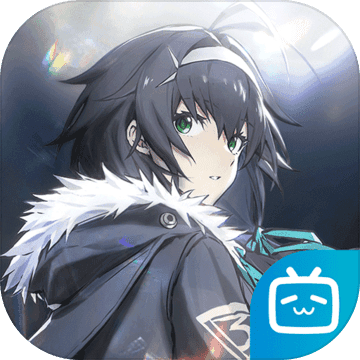