For those who love tower defense games, we have picked the top 10 tower defense games you should play if you are a fan of the genre. Games like tower defense feature a less movable approach to strategy than other strategy game genres, requiring players to set up traps and other obstacles to defend the main base rather than developing bases and armies to advance levels and engage in PVP combat.

This usually involves developing various distinctive structures that automatically block and destroy enemies. Due to its real-time origin, tower defense is still recognized as a real-time strategy video game genre, even if many contemporary tower defense games include turn-based strategic elements. Here is a thorough look at what we have for you. 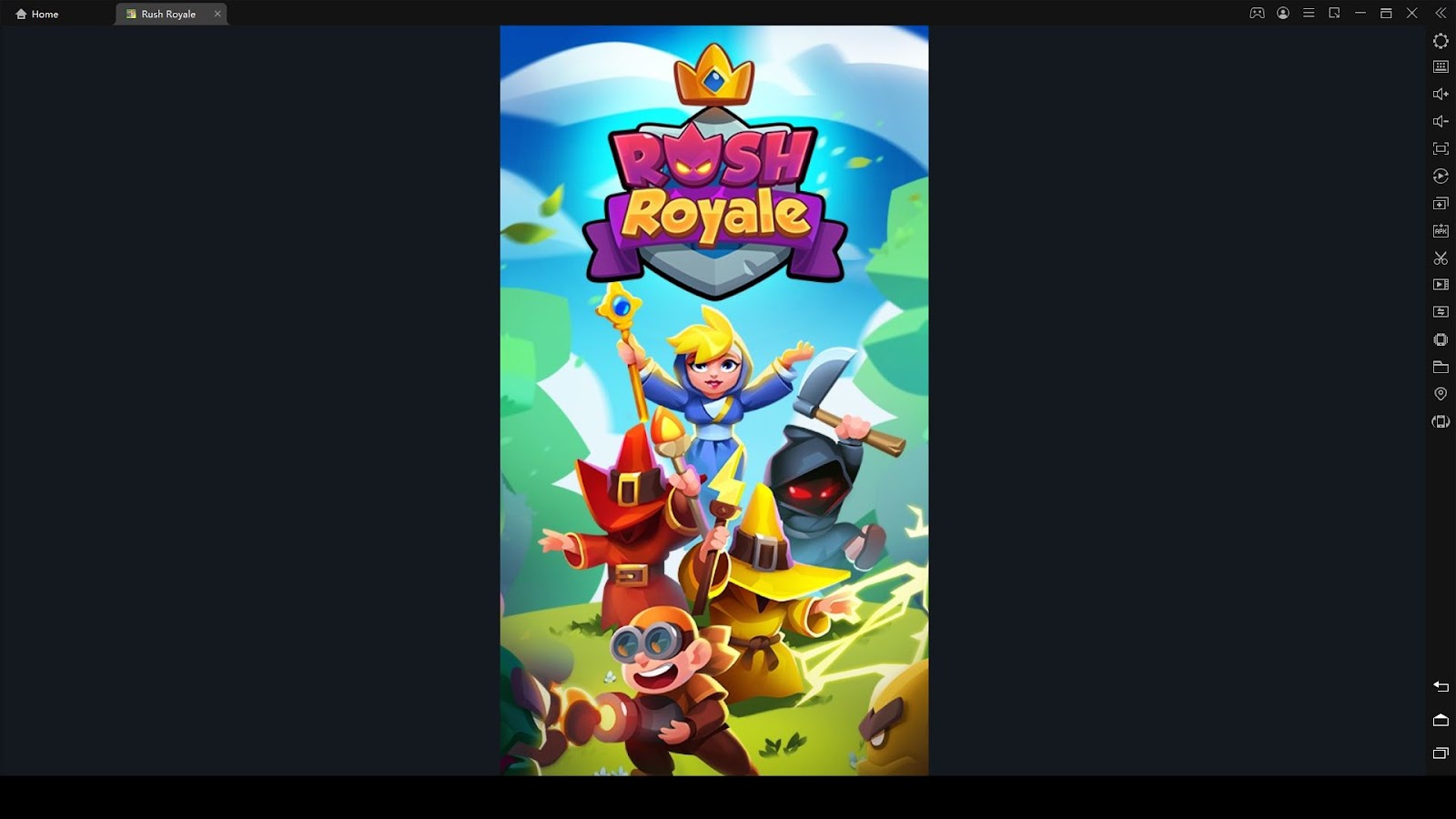 As the first of the top 10 tower defense games, we choose Rush Royale. In this game, you are not only protecting your base but also combining your characters to make your deck more robust by unlocking chests and obtaining new characters.

Give Arknights a try if you want a game that is a little more refined in terms of visuals and anime art style. This tower defense game also has a decent storyline. Players in Arknights take on the role of an amnesiac doctor in charge of sending out Operators in a tower defense-style defense against invading armies. 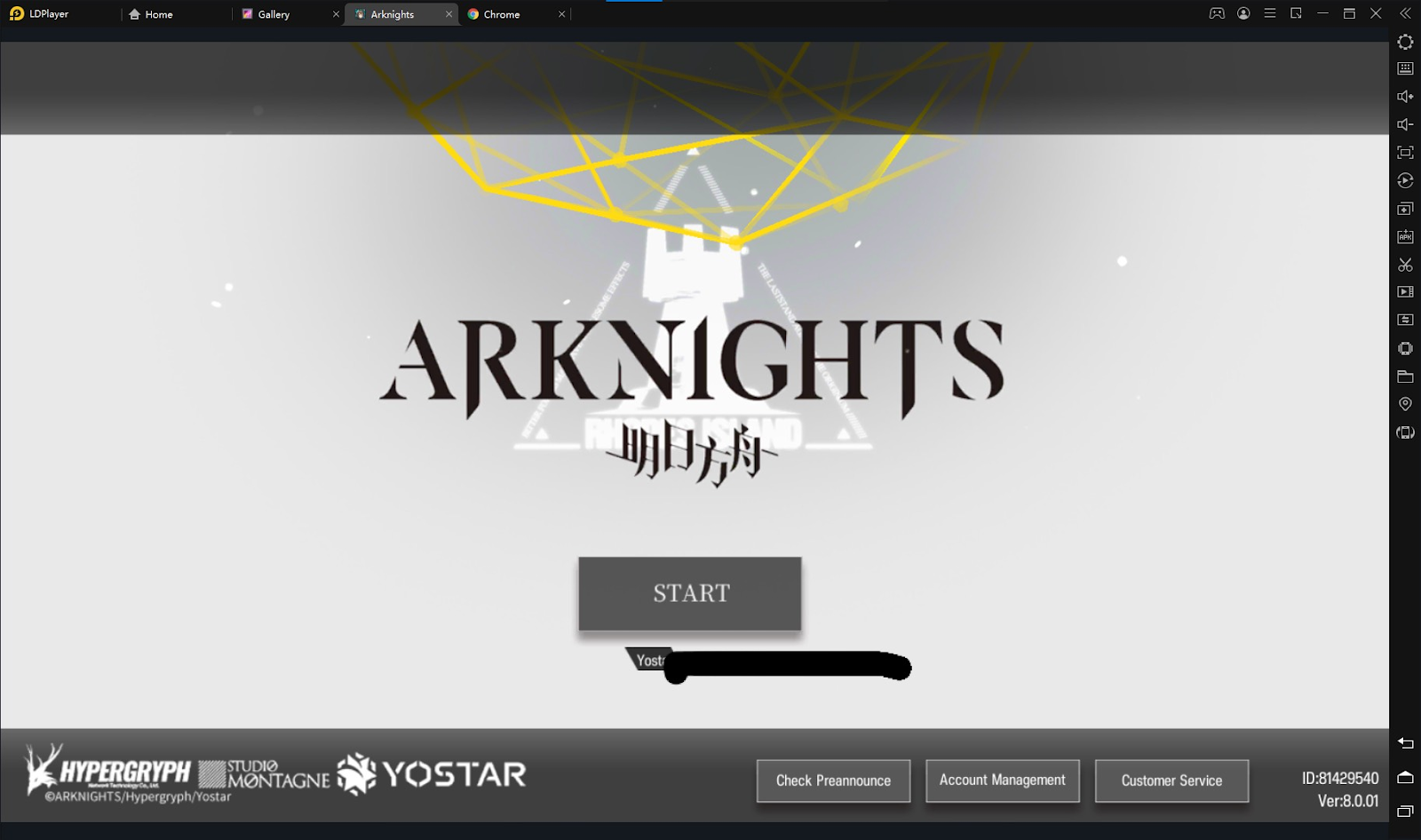 Players must combine the various abilities and classes of Operators to protect their goals effectively. Each Operator has a distinct Rarity, Deployment Cost, Talents, and Skills that enable a wide range of adaptable tactics.

When playing on LDPlayer, you can view the entire map on a larger screen and set up your fighting positions. The Arknights classes have powers that players must activate according to the scenario and actively pay attention to. A few macro commands, which choose the unit and activate the skill simultaneously, make playing the game considerably simpler. 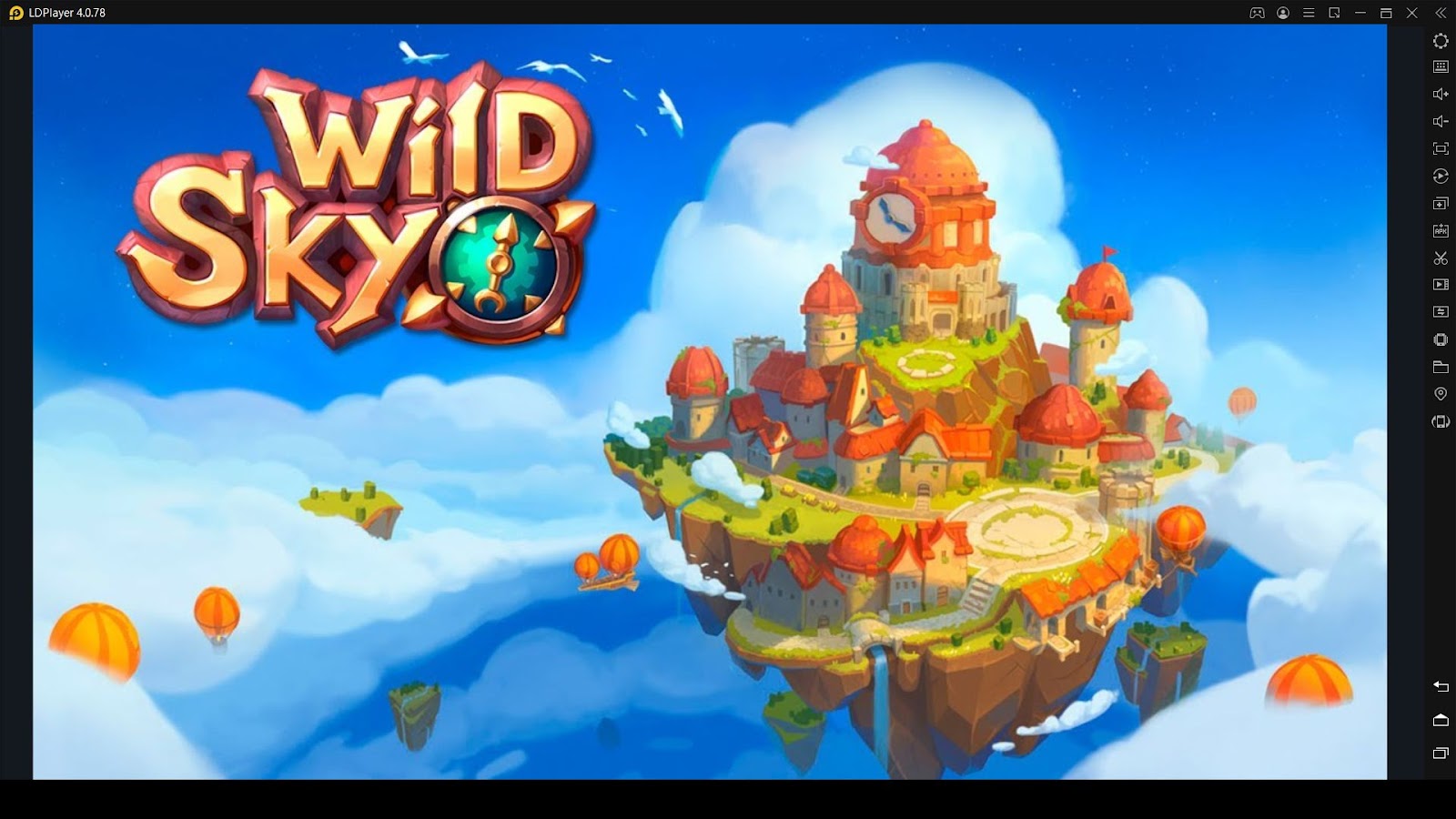 Here you get to choose heroes, towers, and spells to participate in various Levels and Events and test your abilities in Tournaments against players from other servers. There are six main game modes: guild event, mines, elemental trial, and tale.

Each Mode has a specific objective. While playing, you earn rewards from different game types, and you can use these goodies to advance and complete challenges and missions. To help with difficult situations, you can use LDPlayer’s features like Keyboard Macro commands to do a few actions at the same time. 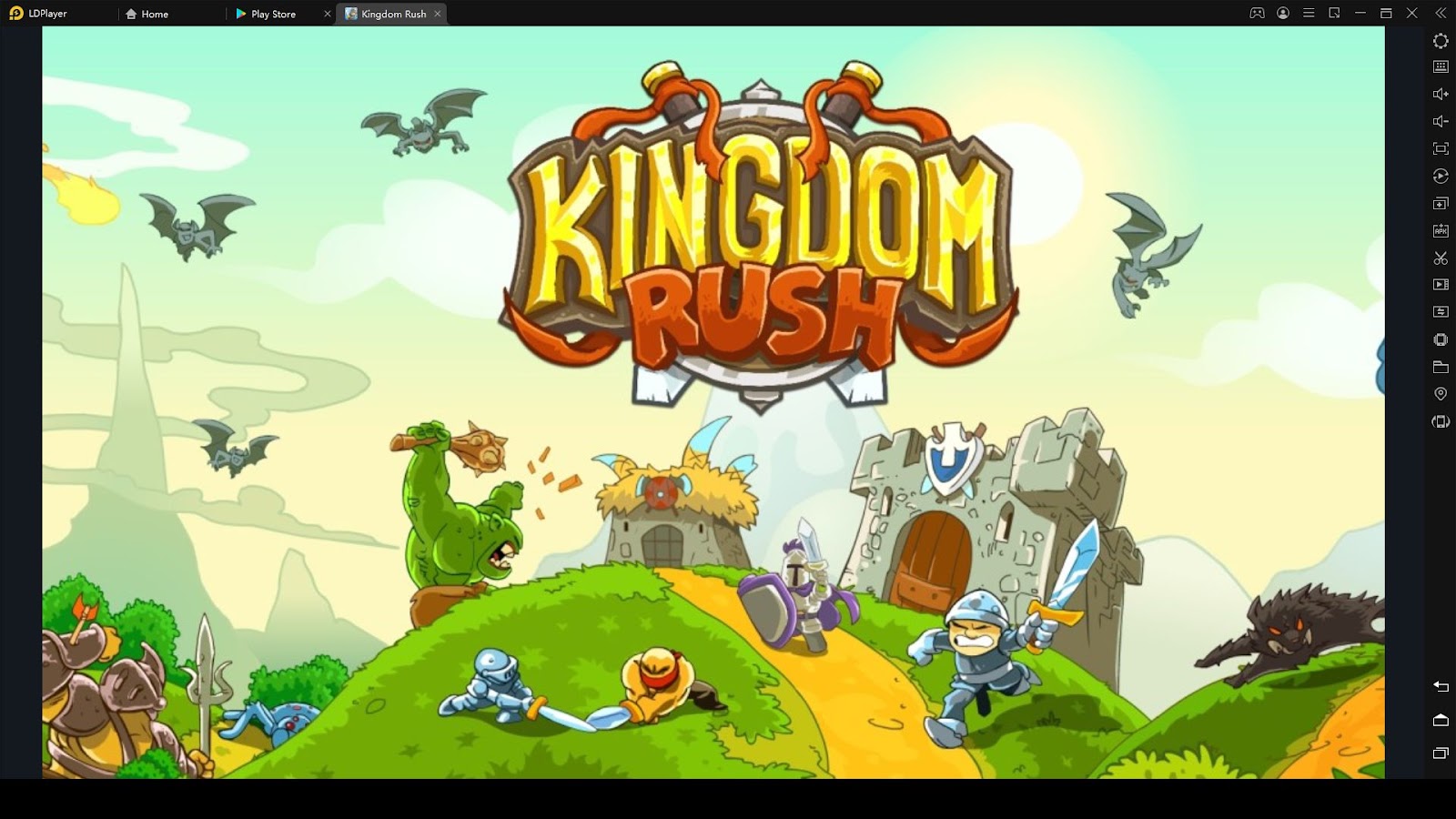 There are already no fewer than four games in this series that are accessible on mobile devices. The first game in this series was first launched back in 2011, and it was introduced as a free flash browser game for armor games.

The free initial game is without a doubt the most well-liked of them, but Kingdom Rush Frontiers, a premium game that costs $199 USD and has gotten astronomically high ratings on both Android and iOS, comes in second place.

Admittedly, Kingdom Rush's basic gameplay is relatively straightforward, with the environment serving as the primary point of variation. At this point, it's an iconic tower defense game on mobile that was released on both pc and mobile, so if you haven't played it before, it makes for an easy suggestion. Kingdom Rush Frontiers TD on PC with LDPlayer can provide you with a greater gaming experience. 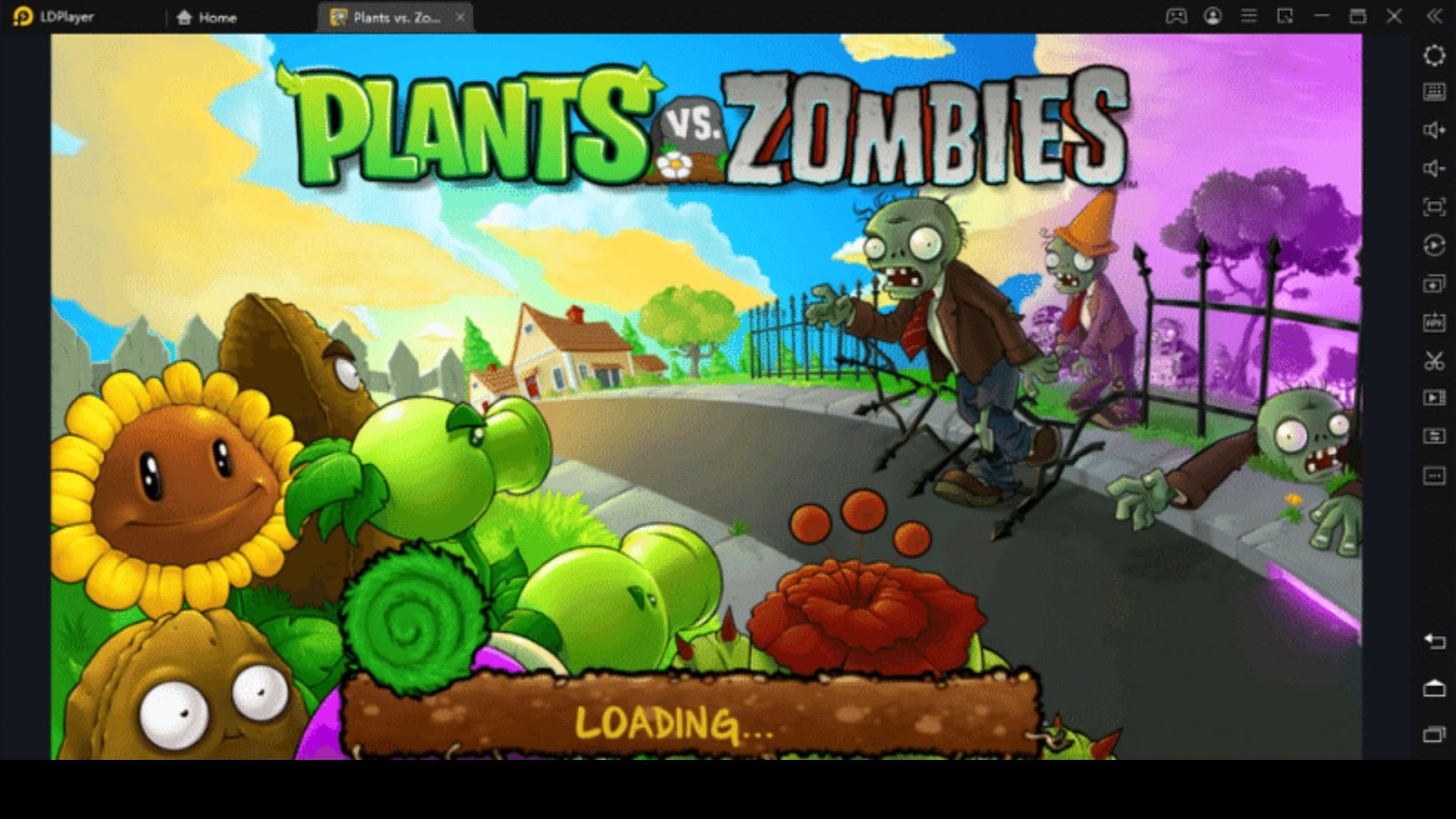 If you are a new player, you might not have had the opportunity to play the game, but it is the origin of tower defense. If you want to try out tower defense for the first time or want to play a game that is more difficult than it appears, you should try out Plants vs. Zombies.

There are so many different characters that you'll need to learn to master a variety of different strategies. Because of its awesomeness, we have to mention it in our top 10 tower defense games. Play Plant vs. Zombie on PC With LDPlayer for a more thrilling experience. 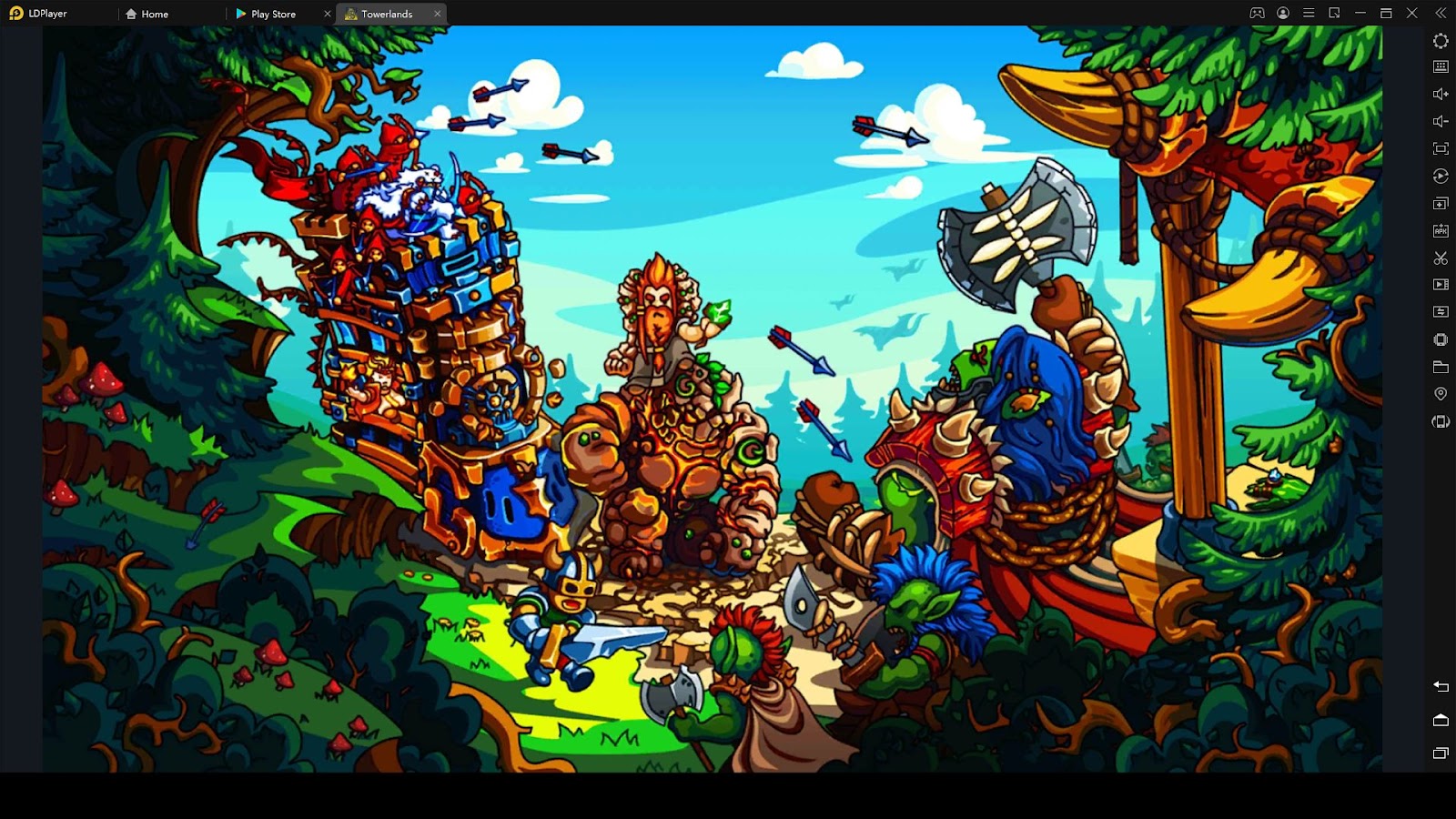 As for the sixth addition to our top 10 tower defense games, we have Tower Land. It has a unique style even though it looks less refined from the artistic space, but it manages to present a unique experience to its players rather than being laggy and clunky with big graphics. Tower Land has gone with smooth operation.

Their approach makes it stand out from any other games today; you will notice the upgrades very similar to other games in the genre, but it has its new heroes that are lacking in other games, and you are given a chance to use them to defend your objectives. Play Tower Land with LDPlayer for easy and improved gameplay. 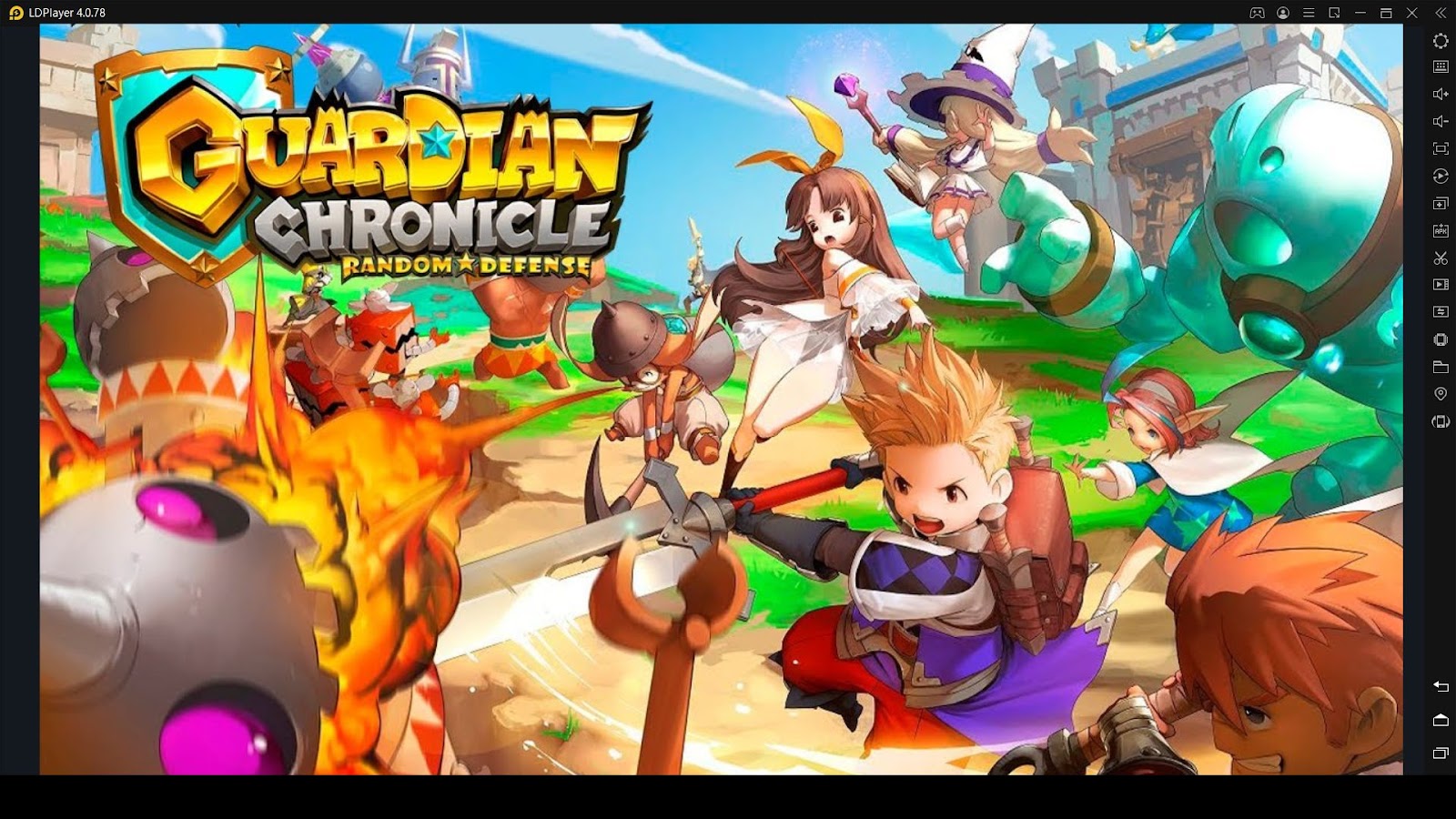 As the sixth in the top ten tower defense games, we will present Guardian Chronicles. The best feature that we can all agree on in this game is merging your troops to upgrade their power. Drag and drop will merge and make more powerful defenders; this reminds us of the old game on steam called dungeon defense, which guarantees players a good playing experience.

The game "Guardian Chronicle" involves placing random guardians in advantageous spots and defending them after forming formations. Each guardian has a distinct set of abilities, and players may create their own unique tactics and methods by combining different guardians. To win, flexibly use special guardians and finish the enemy before your opponent.

You can play the co-op mode by yourself with LDPlayer’s Multi-instance Manager, and once you create a clone, you can run both and play two games at once. 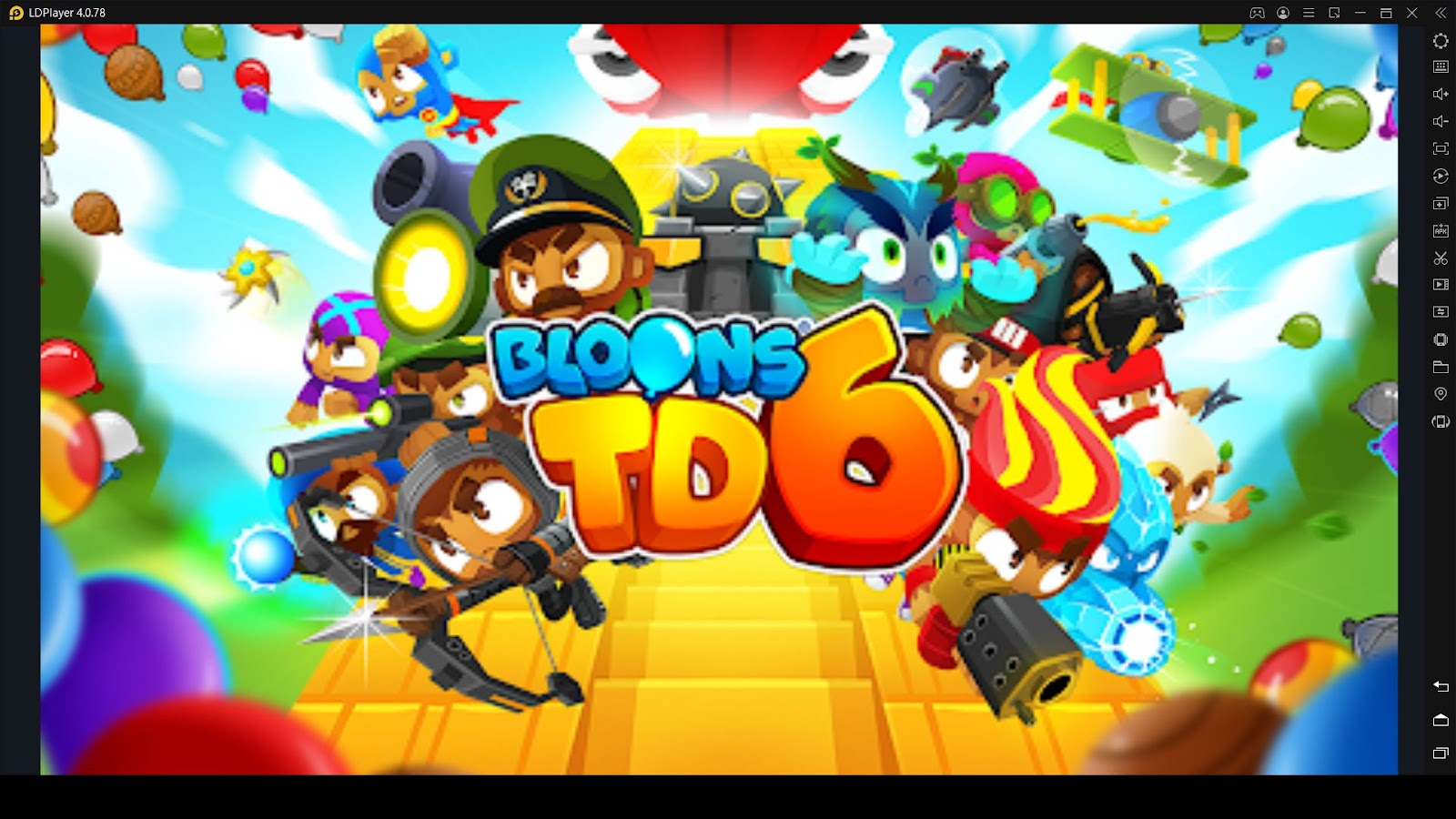 Bloons' defense is a paid game, but it's well worth the money you spend on it. Regardless of your age group, you will undoubtedly love the game. Even though it is a tower defense game, conquering levels and ascending to the top naturally require a bit more strategy. If you are willing to spend money to buy a game, this is one of the best games you should consider playing.

With the help of astonishing Monkey Towers, upgrades, heroes, and triggering powers, construct the perfect defense, then eradicate every intruder. Bloons takes advantage of tower defense's vast and constantly expanding features that offer many hours of the best strategic game experience. To gain the edge you require, use LDPlayer when playing Bloons Defence. 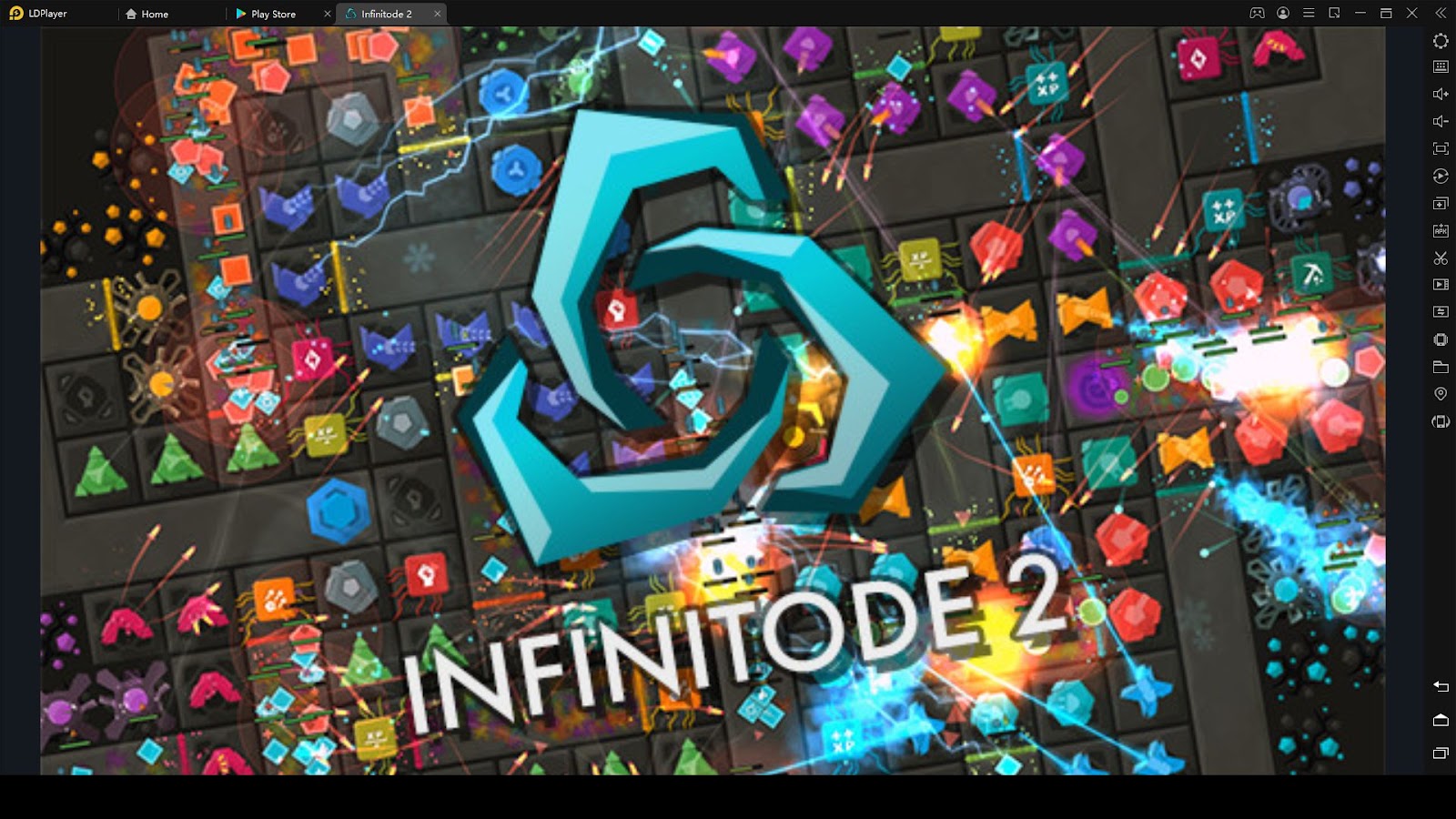 We include Infinitode 2 in our selection of top 10 tower defense games for those who enjoy simple designs. This game is exceptionally well-made and offers hundreds of hours' worth of material. You may play it indefinitely while studying new upgrades for towers in-between stages.

It is small, minimalistic, and well-optimized but overstuffed with functionality. There are 11 distinct kinds of monsters, bosses, miners, teleports, obstacles, modifiers, and 14 different kinds of towers. Why not give it a try? The game is original and extremely in-depth, and the loose monetization makes it one of the greatest free games in the genre. Get the experience of playing on a  bigger screen and improved graphics by playing Infinitode 2 with LDPlayer. 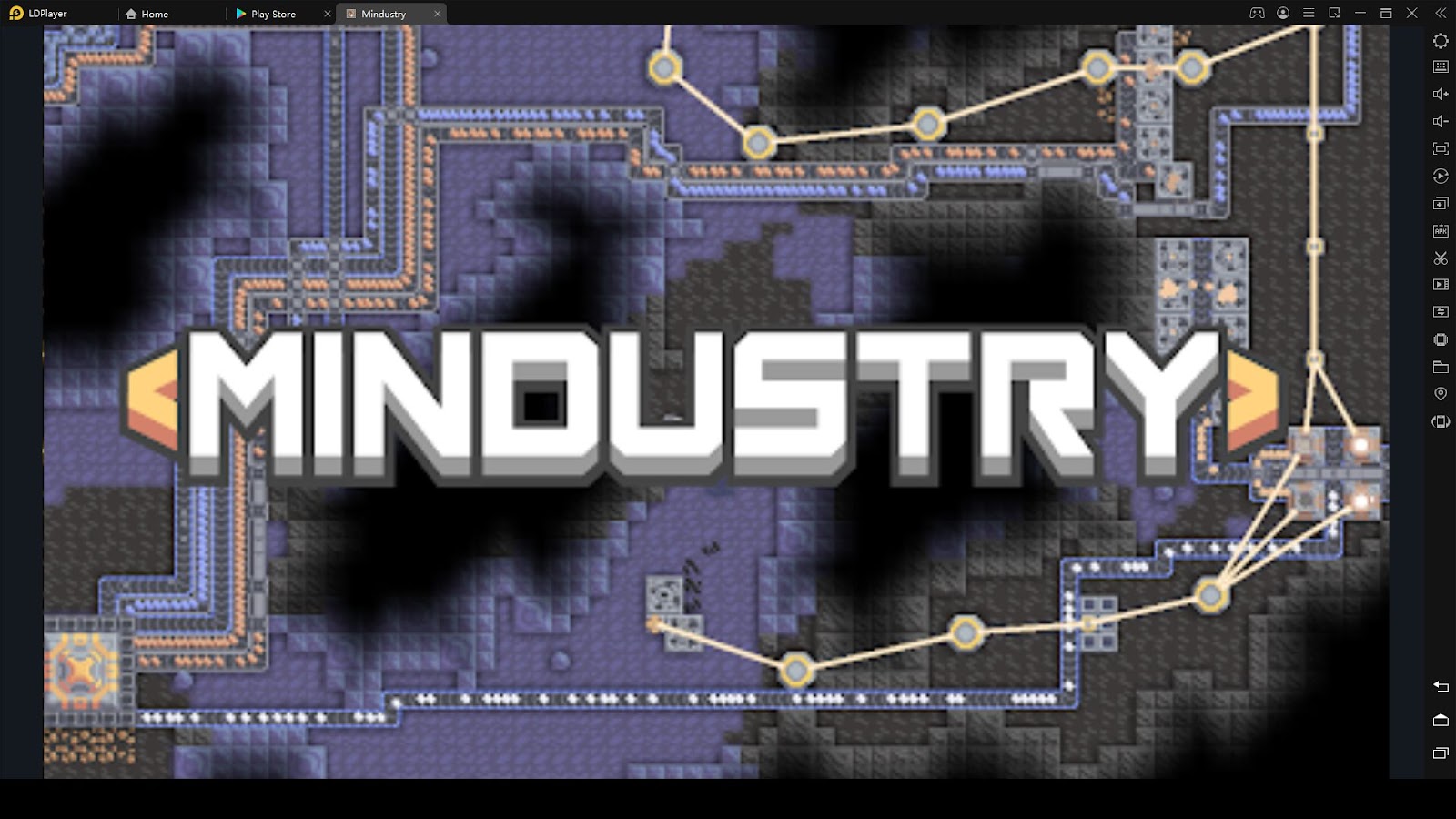 The most intriguing aspect of the game is that, after completing a level, we have to reserve all resources which have not been used. Those can be used to strengthen ourselves in a vast tech tree as we advance further into it. To play in an expanding sandbox, having a bigger screen would help at the same time. You can use the LDPlayer Keyboard Mapping feature to control the game.