Specimen Zero – Multiplayer Horror is an extremely fun and addicting open-world survival horror game that you can play with your friends. The game consists of twists and turns that can make anyone's hands shake with fear.

With the gameplay being generally hard, here’s everything you need to know about how you can finish the game quickly alongside a complete map guide for the game. If you haven't already, you can download Specimen Zero – Multiplayer Horror on PC for Free on LDPlayer 9.

How To Finish Chapters Quick?

As mentioned in our previous overview guide, the main premise of the game is to try and escape without any fatalities. The more of your team member that ends up escaping, the higher the score you end up getting. However, to achieve a perfect progress rate, you will need to literally memorize every nook and cranny of the entire map so that you can pass through.

Moreover, do note that the item spawning in the game is generally randomized. So, there’s a high chance that you might not always be able to find a particular objective item, say, a screwdriver, at the right place every time.

One particular aspect of the game that remains pivotal is the fact that you will need to be collecting weapons, torches, and other equipment as you play with your friends. Without them, you will certainly be dying to monsters very quickly as you will have no means to defend yourself. Sadly, these spawns are randomized as well. So, there’s a high chance that you’ll be finding them in random places throughout the map too. 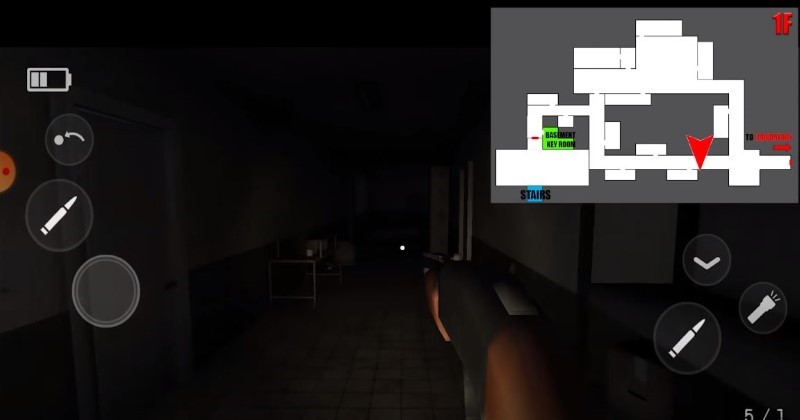 Straight ahead, the second key will be spawning in the three rooms on the upper right, usually near a cupboard or a drawer. Always check the tables, cabinets, and shelves. Once you get the key, go to the upper left room. You will need the cable roll item, which will spawn in the two blue rooms, which is one of the items that you need in the end game. 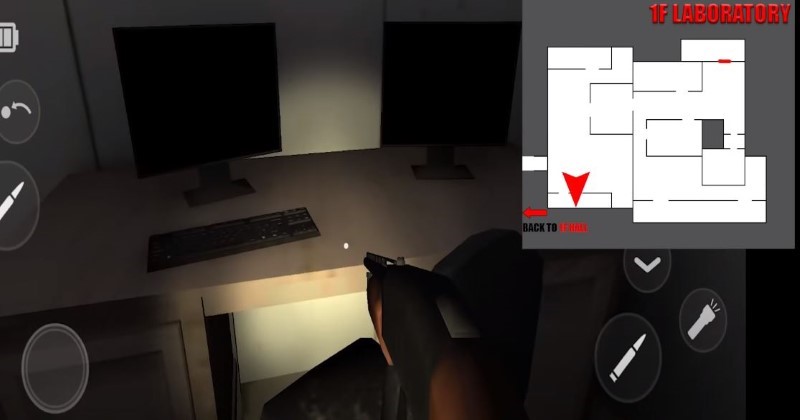 Now, unlock the door and search for the red keycard in one of the four rooms that are highlighted as green on the map. Do not forget to pick up any of the other equipment along the way. Once you get the red key card, go back to the first floor and follow the map to go to the Laboratory.

Do note that avoiding monsters along the way is quite important. You’ll end up finding tons of different mobs on the first floor and the basement, which can be quite annoying to deal with, especially if you are with a smaller party. Try to stick together and be stocked up on equipment so you can make quick work of the monsters and continue onwards towards your journey. 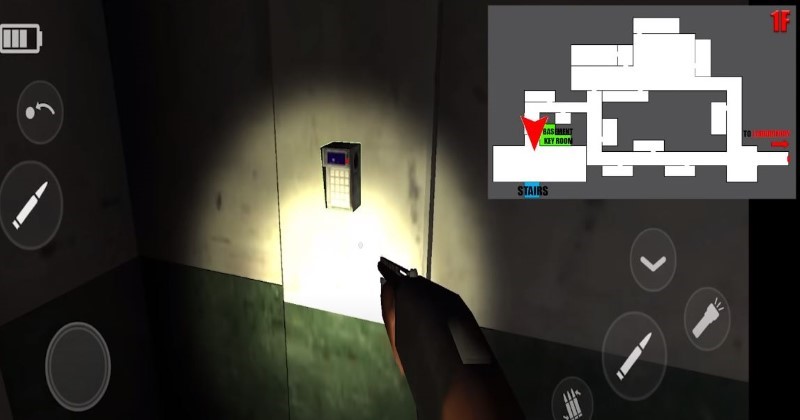 Finding equipment at this stage can be a long and tedious process as the Laboratory is quite huge, and the spawn boxes are completely random. So, make sure to cross-check places you have gone on to previously if you can't find a particular item. In most cases, you might have accidentally skipped over them or might have not covered every cupboard.

Lastly, you will need the fuse, which is scattered throughout the Laboratory and spawns after you get the previous four items. In essence, here are the five items you need for the late game. 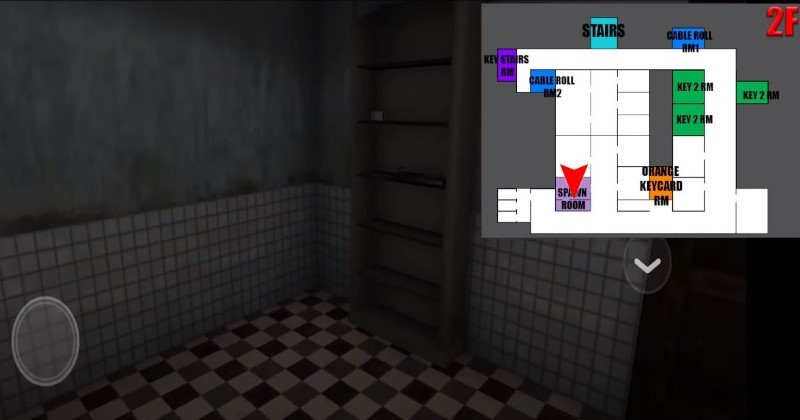 After you have the five end game items, head back to the main hall on the first floor and go back to the basement, then assemble everything while trying to find the exit. You can now remove the clamps from the electrical room using the crowbar. You can then fix the fuse bulbs by using the screwdriver and attaching a new one by using the fuse and the new cable using the roll. You can then go to the elevator and use the yellow keycard to escape.

After you have escaped, you will be presented with your score, the time you took to end the game, and what difficulty you played at. If you attempt to replay the map, all spawns will be randomized once again. If you are into speed-running the game with your friends, your most successful runs will be ones where you take the lowest amount of time to look for items.

Wanna know some tips to win the game? Refer to our Specimen Zeo advanced tips from here. Specimen Zero – Multiplayer Horror is an extremely entrancing horror that is known for its visuals and aesthetics. As such, you can expect arguably the best emulator out there, LDPlayer, to deliver on its promise by providing players with the best FPS and high fidelity graphics possible. Moreover, you can still take advantage of its key bind ability by emulating mouse and keyboard controls to help take your gameplay to the absolute next level.

Specimen Zero – Multiplayer Horror has cemented itself as an absolute juggernaut in the open-world horror genre with critical acclaim to its name. With a competitive gameplay experience, having good knowledge about the map can play a vital role in determining whether you get out of the house of horrors alive.