Kingdom of Heroes Tactics war is known as an RPG game by Neowiz. It is officially based on the legend of Arthurian. If you ever wanted to play a fantastic combat systematic game with a revolving game story, you all need to try this. 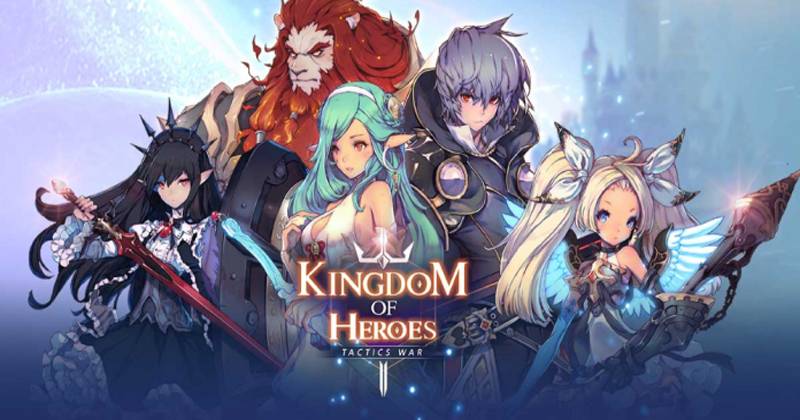 You can play Kingdom of Heroes Tactics War from here.

You will participate in several mysterious strategies with your selected hero in every kind of turn. Finally, players can start up their journey to the world of fantasy to unite the continent of Lorasian on behalf of the powerful heroes. This game is a fantastic SRPG with several beautiful, engaging contents.

So what is coming with this game's reroll list, and how do we get them? Let's talk about it all in a one from here.

There are several types of heroes available in the Kingdom of Heroes Tactics war, and you can select them in this game. Every hero has their characteristics and skills, and you can select up to four heroes for yourself. When you turn into battles, they are turn-based battles and usually occur in the hexagonal grid. 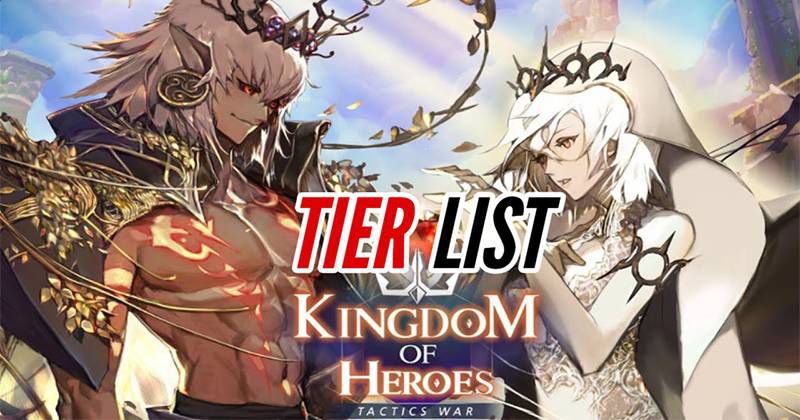 And this layout can be different according to their levels of the game. For example, when you turn every single turn, you can move around your map earlier before you attack enemies.

You can engage in this hexagon battlefield and experience a unique type of battle system for strategies and tactics throughout the gameplay. Furthermore, you can have the chance to choose your heroes effectively to defeat your enemies successfully.

And also, you can make a combination of your heroes. By that, you will create a different kinds of strategies to play the game effectively. But remember, this combination should be done according to their elements and their Rune combination.

You can select up to 250 heroes from the collection to play the game, and you will be able to upgrade your chosen heroes' statistics and abilities so that your heroes will be able to defeat your enemies quickly. In addition, you can level up to engage in battles and grow stronger. You can see some fantastic illustrations and effects throughout the gameplay, and you can dig into the world of Avalon to experience the great features of that beautiful world.

In the Kingdom of heroes Tactics war, you can have different fun modes to play with heroes as follows.

Back to the tier list, and if we talk about the categories of tiers, there will be four versions. Those are described as follows.

These heroes are the super ones in the game, and they hold the most potent abilities with them. So if you want to make the gameplay less hard and less problematic, do not want to think twice. This tier will be the best. Usually, Tier SS heroes are the recommended heroes in this game, and they help you conquer battles easily.

Although a chance to get a tier SS hero is super rare, earning one must be mastered with attacks. Skills and also with the defense. There is no need for any unique elements to make them over powerful, and heroes on this tier are known as follows.

Tier two heroes are less powerful when compared to tier 01 heroes. But you can use them in your team strategically to a significant advance. These are known to be outstanding players to use in the tower and for the world map. So the tier S heroes powers can be compatible with the skills in tier SS heroes. Tier S heroes are as follows.

In the mid of the game, we can say that tier A heroes perform well throughout the gameplay. However, they are average in the battle performance of the game. These heroes are pretty good at their overall performance, but sometimes they will lack stat and somewhat week. Heroes in this tier are as follows.

Tier B is the least performed tier compared to tier SS, S, and A. So it is better to not focus on developing these heroes. But remember, these heroes are playing well at the start of the game as they are effortless to defeat. When you move into higher stages, you will need the help of the other tier list heroes because the tier B heroes are not capable of clearing the higher stages. Here is the list of heroes in tier 04.

Here are the best tier B heroes to perform in the early stages of the game.

The Kingdom of Heroes Tactics War naturally allows players to choose the hero they want as per their desire. Our recommendations for selecting the tier heroes are choosing Ingway, Esperanza, Ifrit, Morgan, Claudia, and Friede. This is because they are the top-tier heroes in the game, and they can speed up the game progressions earlier than your standard playing.

So it will be better to select them for your gameplay.

How to Reroll the best heroes in Kingdom of Heroes Tactics War?

Rerolling for the Kingdom of heroes is simple. There are necessary steps to do the rerolling process, but still, as a beginner, you can use a traditional method too. You can delete data and cache data from the settings.

At the beginning of the game, you will take a five-star hero. But there are still some ways to reroll the game other than the traditional methods. So here is the guide for rerolling in your game for beginners.

First, you download the game and install it. Then, choose a login method for you. There are two methods for login in as a guest and as a user. But it doesn't care whether you choose a guest or another. You can use a login method based on your choice because you can always delete your account by entering the settings.

Complete your game's tutorial, go to the achievements and select the path guide.

Select the main quest and finish part 1. After finishing it, you will gain advanced scrolling with 30 crystals.

Summon for two times and try to get a 5-star hero. If you didn't get a new one, you can go to the menu and delete your account to restart the process.

We already know that every RPG consists of a rerolling that takes at least 30 minutes to finish. Waiting so much time to earn a hero is time-wasting, and it may lose your interest too. So there is a solution for you to quickly earn the best hero without spending too much time just following these steps.

In the Kingdom of Heroes Tactics War, you will experience an ideal scenario for a real-world fantasy. The fantastic graphics and the combat system will surely make you a bond into the game in a super manner. All you have to do is begin to identify the characters and with these rerolling tips. So enjoy the thrilling experience with a legit type of RPG for a journey in a fantastic fantasy world.