How to Get More kills in Call of Duty Mobile?

The official version of Call of Duty Mobile is Call of Duty Mobile. Play traditional multiplayer maps and modes anywhere you choose. Timi Studio Group and PROXIMA BETA developed the game. Activision released this on iOS and Android as well. On 1 October 2019, the version was created. The game took one of mobile gaming's most successful launches.

Have you ever been playing Cod and started to go on a death streak? You continue to die time and time again and can't seem to correct it? This article will give you some tips and tricks you can use not only to break that vicious cycle but to get more kills than before.

Everyone wants to improve and take their gameplay to the next level, but you don't know where to begin. A primary key to start a game is reading its guides which we have published for you like. You should know about the game by reading the beginners guide and best weapon tier list. Here are the seven best tricks that we have shortlisted for you to the best of our knowledge so that you can rise and win the game.

There are countless times that players have got caught up in the game. This can be due to the game mode being played or just the game itself. The action, focus, and intensity that go into a match can lead to exciting moments. Similarly, disappointing moments can be; for example, if you are playing at any hardpoint, it can become incredibly easy to get tunnel vision you get so focused on the score of the match and want to dive into the hill to get one or two points to help out your team.

While this can benefit your team in the end, 9 out of 10 times, you are hurting your team and yourself; this playstyle can easily become a habit without even thinking about it. But if you want to get more kills, you have to slow down the same can be said about a domination game as you know, there are three flags in the domination game mode a, b and c many times the teams will be neck to neck with the difference in score only being a couple of points.

If you have played domination, you know that the b flag is usually a hot spot on the map with the enemies and teammates either flooding the flag trying to capture it or throwing all their lethal and tactical equipment to keep people off of it, as most players do you enjoy all the action and continue to run headfirst trying to slay out and make a play. But this won't help you get kills and will usually keep you from getting more of them. Another thing to notice is that it does not apply to game modes with an objective. Even in-game modes like team deathmatch, the excitement of getting another kill and winning can be overwhelming and cause players to lose focus on playing.

You can get more kills. This is not to say you shouldn't play aggressively but make sure that you are not always aggressive. A good player knows when to push when to hold things.

Tip number two is don't camp well you should not always be aggressive like we told in tip number one. On the opposite side of things, you should not play too slow because it does have its downsides camping can be a fun strategy and help rack up some kills. Still, this playstyle has always been frowned upon in the Call of Duty community. Still, you think it can be helpful if you are a complete beginner camping can help you get a sense of confidence and begin to play more aggressively but what we are talking about today is how to get more kills. Like we mentioned, camping could help you get kills. Still, the severe downside to it is predictability. Be sure not to underestimate your opponents because they will eventually get smart enough to take you out if you continue to kill them from the same spot. If you sit in the same spot that makes it easier for your opponents to predict where you will be in Call of Duty, a great thing to keep in mind is that you want to keep your opponents from anticipating your position on the map if you continually take out enemies from an unforeseen angle you will be sure to go on an insane kill streak.

So, in conclusion, don't sit in one spot and always be on the move. If not, your opponents will hunt you down.

At first glance, you may think this aim down sights tip is useless, but it does go deeper than that while aiming down sights can help you with accuracy, especially at the range the idea we had in mind is to pre-aim. Pre-aiming is one of the most useful things you can do to gain more skills.

If you don't know what pre-aiming is, don't stress out because it's simple all you have to do is aim down on your sights at an area you can predict an opponent will be doing so make sure you have an advantage over your opponent if you don't miss you should lose a gunfight to someone if you are pre-aiming and they are not. The idea is that you are one step ahead of your opponent while they are in the middle of trying to stop sprinting and pull up their gun; that is the time to take them out.

Pre-aiming is meant to catch other players off guard and punish those who have a chaotic playstyle. Just like we mentioned in tip number one, pre-aiming is a great strategy to pick off too aggressive opponents. Pre-aiming does not mean that you have to ADS all the time but should be done strategically; however, we will dive more into those in tip number five.

Watch your ammo and upgrade your weapons:

This may be a little weird, but you would be surprised how many players fail to account for their ammo. Playing Call of Duty is all about being aware, and when it comes to your ammo, there is no forgiveness. Upgrading your weapons may also benefit your ammo by having a larger mag which means you can get more kills before reloading. 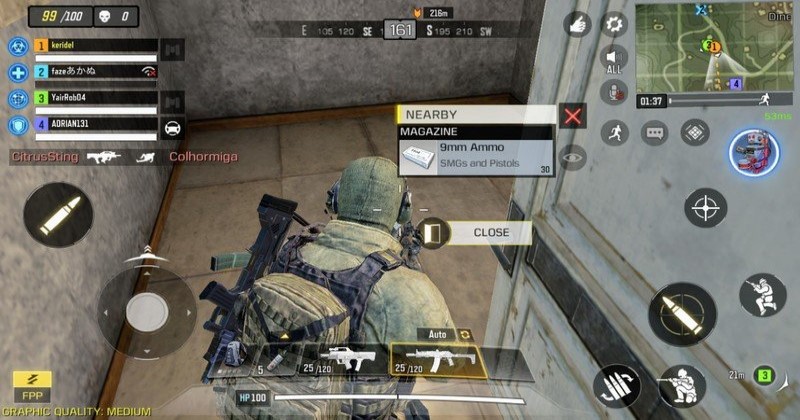 Also, check to see what new barrels, muzzles, and other attachments you have unlocked because the more you use a weapon, the stronger it can become. Still, this should be a habit for ammo to keep your eyes on how much ammo you have left and not push an area of players when you start to run out. There have been then a few times where I thought I would be able to take out a couple of players but fall due to the lack of ammo.

Learn the maps and spawns:

This ties in heavily where we discussed pre-aiming, but when it comes to learning the maps, there isn't a better way than just playing them more. It all becomes about memorization and muscle memory. However, don't just play the maps to play them. Be sure to analyze them go into each match to improve that much more. Try getting one more kill than the previous match. This won't always happen, but the goal is to stay aware and learn. If you analyze each map you play, you will start to notice patterns.

You will see that the base on you and your team's positioning many times, you can predict where the enemy team will be spawning, and if you know the map, you will know which route they can take to get to you and how you can get to them the fastest after you know the maps it's time to start adjusting your playstyle. This is where tip number three come into play.

Since you become aware of spawns' timing and how the map functions from the core level, you can predict your opponents and thus pre-aim to ensure the kill. If you were only to take two things away from this article, I highly recommend learning the maps and spawns and the power of pre-aiming.

This comes in different forms and could be generalized as just playing the game; however, when it comes to practice, you should focus on something. One of the ways you can do this is to practice range; this is perfect if you are looking to take some time and focus on your aim to locate the practice range go into multiplayer training and practice range here, they have many different targets you can focus on that vary from close range to long-range as well as moving targets they even have one that shows you your bullets spray so you can tell where your bullets are hitting. 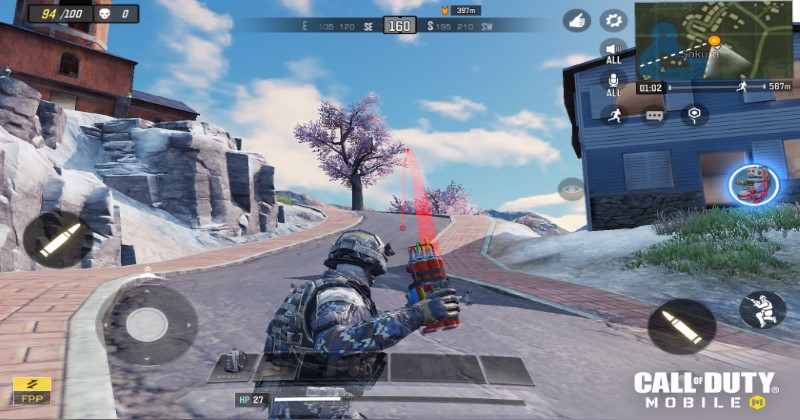 If you want to take a step forward, load into a ranked match. Ranked is a perfect way to improve; ideally, you will be playing a game against better players or at least players in your skill base so you can grow. Hopefully, you will be moved into a more difficult skill base to continue advancing your skills once you get better.

You don't have to watch pros exactly, but to watch good players, in general, is always a plus if you are looking to improve and get more kills in Call of Duty mobile, you will be trying to take in as much information as you can watching players play that are better than you can help instill quality aspects of their gameplay into your playstyle some of these players have been playing for so long and know the game like the back of their hand and watching and learning from them can make your gameplay improve exponentially.

Overall be conscious of how you are playing and the things you can do to improve. This could be different for every player, but slowing down learning, analyzing, and practicing should help you get to the next level. Learn tricks by watching pro players and try to practice them in your matches where they seem fit.

Don't lose hope while you are practicing, and surely you will improve your gaming skills and become more aware of your surroundings. The more hands-on practice you have with different gaming styles, the better you will perform, as your muscle memory will help you make quick decisions. You could better counter and understand enemies' playstyle to do a sensible game to get more kills without giving unnecessary kills, not to drag your team but instead carrying your team to wins.