RPG games are a trend for the mobile gaming world, and it hides many reasons behind it to have such a huge demand. One of the very first reasons is their open-world settings, and also they come with a huge range of characters. Moreover, these RPG games are formed based on the players' actions, and keeping with more playing gives you new discoveries and new capacities in them. So that is why players are trying to find some other alternatives to play these games, and here comes the best emulator for RPG games 2022: LDPlayer. 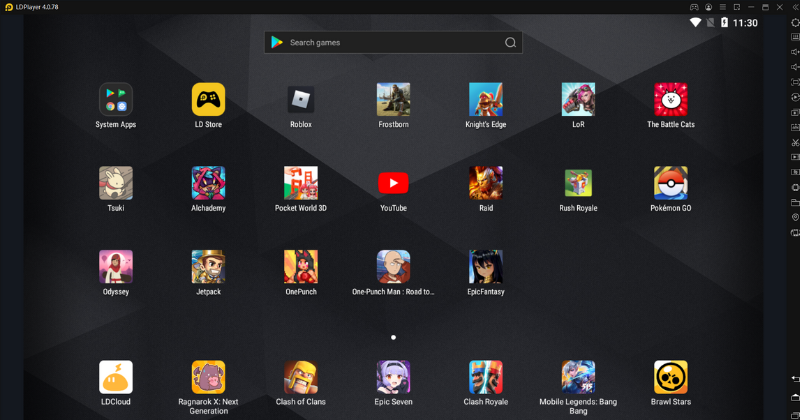 As we said earlier, RPG games are so addictive. They have continuously opening mysteries and give you the chance of levelling up with every time you go deeper and deeper through the game. So when we explore more and more things with these RPG genre games, it makes us feel like we need to have some advanced gameplay, and it might even lead to thinking it is better to have some additional support as well.

Playing heavily designed and strategized RPG games on mobile won't allow you to immerse yourself in its true nature, and it is 100% sure that you don't get to have the best gaming experience on mobile. This is where we need the support of the best emulator for RPG games, but how can we advance our gameplay through it? This is the guidance on how you can do it with LDPlayer.

LDPlayer as the Best Emulator for RPG Games 2022

There are numerous reasons to rank LDPlayer as your best emulator for RPG games playing. This emulator can literally give you the most optimized gameplay than when you are playing it on a mobile, and it has many features to prove it as well. Let's look at those proving points one by one as follows.

When we talk about the best emulator for RPG games, LDPlayer ranks first as it gives the most optimized method to make our rerolling process faster. Take the Epic Seven game as an example here. We all know how much it takes for its entire re rolling process, but it doesn't even guarantee to provide us with the strongest hero as we want all the time. It also takes a longer period for you to have a reroll again because you just have to wait. But these issues can be effectively solved using LDPlayer as your best emulator for RPG games 2022.

Here, the Multi-Instance Sync feature is coming with the LDPlayer to create several instances for your game. In this matter, we can use them all for our rerolling purposes and based on the capacity of our hard drive, we can create as many instances as we want. So this way, your rerolls don't have a limit anymore, and until you get the most potent hero, you will be able to do multiple rerolls at once. 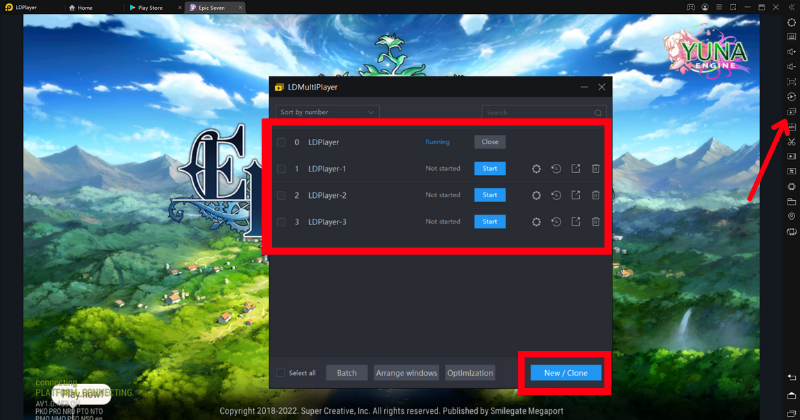 And at the end, you can sync all with the Synchronizer tool, and that is how you can earn your best hero within the shortest period from Epic Seven.

Most Familiar Key Settings with the Keyboard Mapping Feature - CRK

The games like the Cookie Run Kingdom need more efficient controls, and it directly asks you to have adventures and deal with the monster battles. These all need to have some efficient controls with the gamers, and would you ever think that those smoothest controls can be gained by a mobile? No, it is just simply a no.

Playing a mobile RPG game through an emulator gives you the access to have your controls with a mouse and a keyboard rather than using that tiny screen from mobile for all the purposes. In this case, your controls can be turned out to be more efficient with the Keyboard Mapping feature. 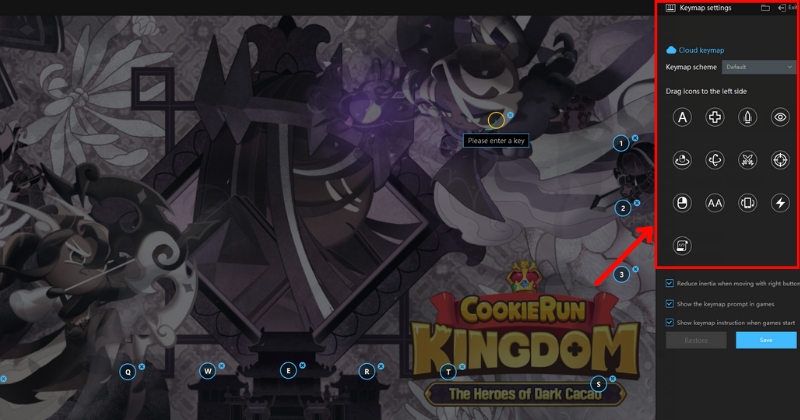 If you don't feel comfortable with the current game controls, you can create your own with the help of this feature, and it gives you the best control ability to move with your characters and exploration in the Cookie Run Kingdom. So, will you reach a quick end with battles with a victory? Yes, you will because now you are most familiar with the movements and controls from the game as you have created your own keyboard.

You know that the sensitivity through all our actions in the game is a must-include feature for shooting RPG games.

If you don't have a proper sensitivity with those shootings, you wouldn't even be able to aim at your enemies, which will lead to a failure in aiming. So to overcome this issue effectively with games like Modern Combat 5, you can use the LDPlayer as your best emulator for RPG games 2022.

You can play the game Modern Combat 5 with the most efficient settings than mobile phones through LDPlayer as it gives you the chance to adjust your sensitivity settings properly in the game. Then the players can quickly move their crosshairs and be able to have a proper aiming at their enemies. 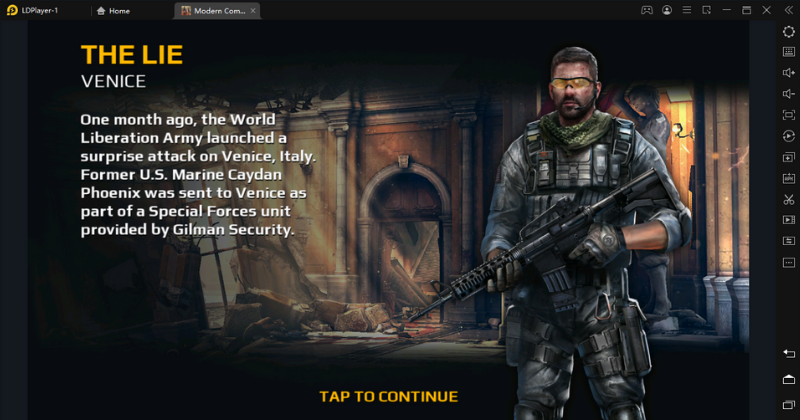 The games like Valkyrie Rush are specifically designed to deal with endless battles, and the players have to be ready to fight most of the time with several combinations in the game here.

So there will be a lot of repetitive actions to be performed with the battles as there are always ongoing fights against the enemies. But it is very tough and anxious to repeatedly deal with the same actions, and you will have no other solution for it when playing it on a mobile. But this issue has a different viewpoint from the best emulator for RPG games 2022: LDPlayer.

When you use the LDPlayer to play Valkyrie Rush on a PC, you will be granted a feature called the Keyboard Macro Commands, and it can set multiple actions for one key. So you don't have to put in more and more effort to do those actions repeatedly, and instead, you can set one key and wait. And that is how you can conquer the Valkyrie Rush battles more efficiently. 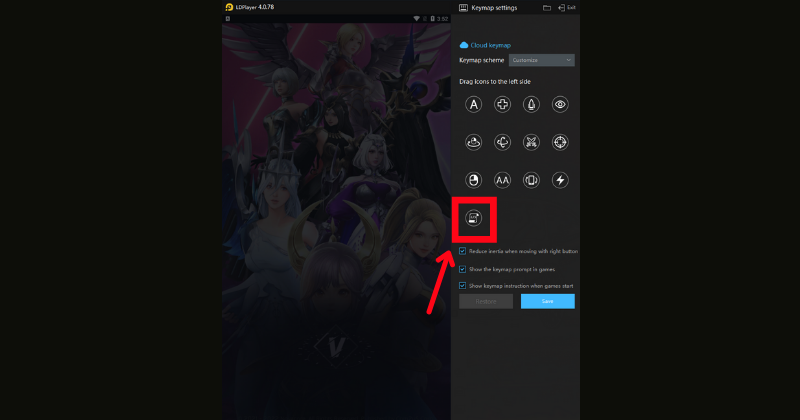 The games like Raid Shadow Legends are actually mesmerizing with their high-quality visuals. They are heavily designed to take players into another world with their visuals, character developments, and the environment we are dealing in. The tiny screen of a mobile is not enough to experience these stunning visuals at all, and you will need a PC with the best settings offered by the best emulator for RPG games 2022: LDPlayer. 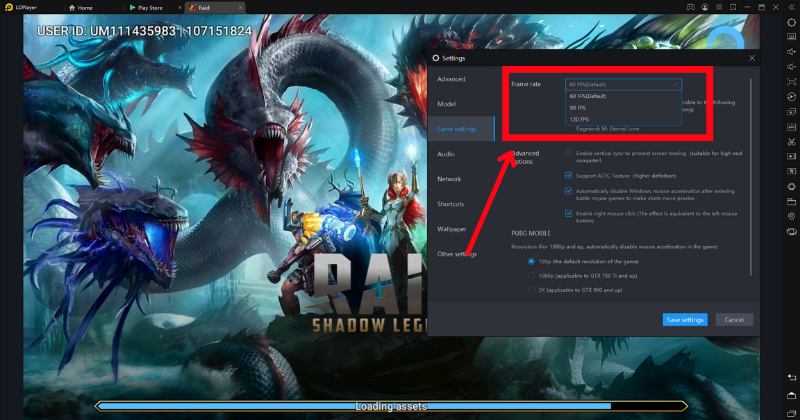 Usually, RPG games are introduced with so many resources on them. And due to that, it becomes so heavy, taking up too much space from the emulator. A typical emulator cannot open such games with heavy resources, as when it comes to LDPlayer, you are free from that all. Now the LDPlayer users can open up to as many RPG games as much as they want, while other emulators can only open you up to a maximum of 3. But with LDPlayer, this amount will be raised up to 4.

Other than these all features, through this LDPlayer, the best emulator for RPG games 2022, you can literally optimize your gameplay to have a great experience matched with your device. So even if you are a low-end PC user, you will still have the chance to play this kind of huge game on your device with the smoothest features. Whether you need to switch your view from landscape to portrait, record video, and share or write scripts, everything is possible to offer you the most fantastic gameplay.

LDPlayer since it provides the gamers with the most adjustable settings to advance gameplay from RPG games. And now that you know how you can optimize your gaming with LDPlayer, don't forget to have your very first gaming experience soon. You aren’t getting anything rather than the best gaming experience from here.