BTS Universe Story is a profound social game by Netmarble that initially based on the South Korean pop band BTS. If you are a true fan of BTS k pop band, this game would be the perfect choice for you all.

The plot of the game follows the stories based on the music videos, performance books, and all songs by BTS boy band since 2015. By entering into this game, BTS Universe Story let BTS armies (their fan base is known as Army) to experience the close relationship and the real-world experiences to themselves. 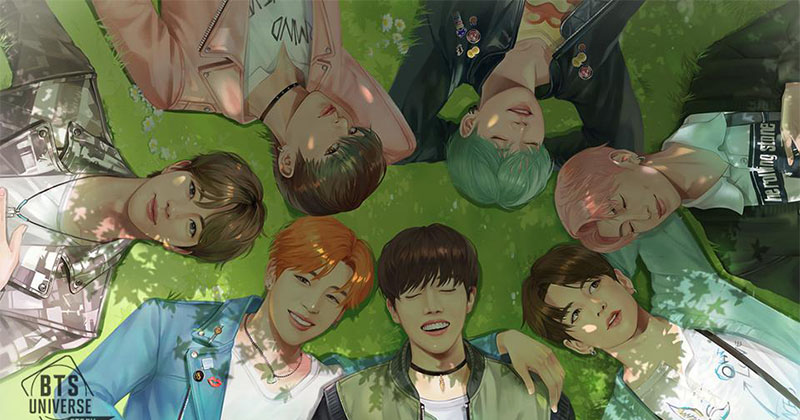 BTS universe story let players emerge into members of the k pop band and control their destiny. They can have a good experience of living with their idols. This game is made for creating stories. We will talk about those stories in later and know that BTS universe is a highly social game from its deep down.

So BTS universe Story is officially a game that designed for story creation. You can use the members of the BTS members to styling and also create some scenes.

When you do these things with the characters if you got a need to capture those moments, you can screenshot them by the option "Screen! Share" Screen share is a feature provided by the game to players to capture every moment you spend with the BTS idols.

When creating stories, players are allowed to take some decisions which affect the storylines. Controlling part of the characters is depending on the player. You can make your kind of personal world with BTS members in this game.

You are responsible for their lucky fates and the fortune. We usually know that many fan bases of celebrities are exciting to live a moment with their idols. So BTS Universe Story will give that experience to this fan base by providing the real-world experience for them with BTS. 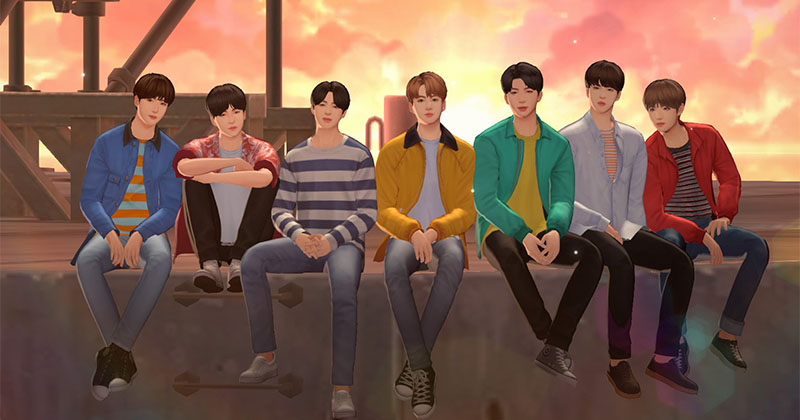 BTS Universe Story game let their players choose an adventure for their aspects. That comes with the feature called "Another Story" the game itself leave BTS members to play fictional characters like role play. So the adventures in the game depend on that and players can choose what kind of adventures.

So basically it allows players to imagine what outcomes they should have with their stories. A ticketing system in the game costing for episodes. And each of the episodes cost one ticket from a player from free. When the free access is gone, players can wait until they got more tickets and they can purchase tickets on the other hand.

The best feeling on this game is its reality experiences. Players can take virtual reality from this game, and they can experience the AR feature. Players can swap the faces with animated faces.

AR feature let players take the BTS members to the outer environment and do whatever they want in outside. They can even dance or whatever activities they are allowed to do.

The reason for saying the activities as allowed, because this game has some rules include with it. In the game, you can't engage in sexually explicit scenes or drug scenes.

And you can't fall in love with BTS members. Illegal content, violent and abusive activities are strictly prohibited in the game, and it will be better to read those rules before you start the game. So you won't face in trouble situations when you engage in activities with BTS members.

In the BTS Universe Story game, you are allowed to style your members as per your choice. Styling options are varied, and dressing the characters have many ways. So fan's desires with BTS band members can be fulfilled with this option. 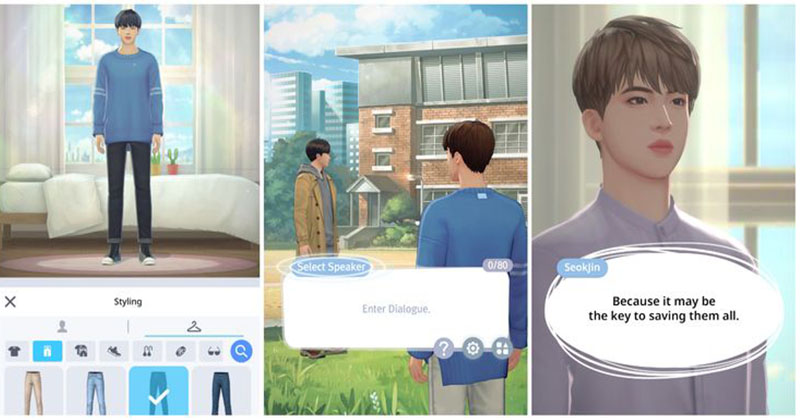 The way thinks to dress their idols can fill up with this option. Remember that always you have a pre-registration gift in your inbox. Find it from the hidden inbox if you are pre-registered.

How to Create Stories in BTS Universe Story?

First, you have to create a script and stage those scenes. Before you recreate the story, let's play through a story so you can recreate that story you watched. First, choose a background.

As an example, choose a bright afternoon park scene to get a sunny feel. Next, add a cherry blossom effect to make petals see like dancing around the Screen. You can tap the [+] icon on the upper of the Screen to see what clips you can add.

Then select the screen effect and whatever Cherry Blossoms effect you wanted. Next, it is time to set the characters to appear in the scene. Tap the icon [+] again and select the places.

Select your character from BTS members and place him in the middle of the Screen. You can drag him in the area you want and put him in there. You can even make the character bigger or smaller and change their movements too. Then add some actions for him. 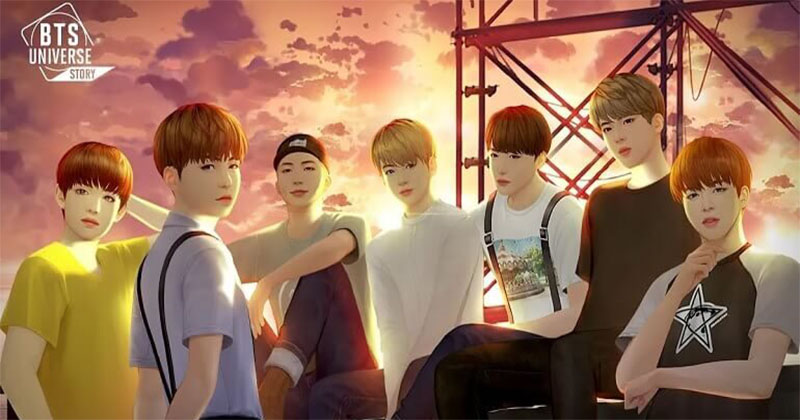 There is a list of activities you can apply on to the character and remember that a character can make a specific movement only once.

When you finished those above steps, now it is time to create the things each character say. You can make them by selecting the "Monologue" and then choose a specific type of text box.

They are in different shapes, and you can choose from the list they have shown in the monologue. After selecting it to type the text you want. Next, let's look at the Camera Settings.

You can tap on the action preview icon in the middle to see the camera actions you have set. Here adjust the actions and dialogue again to get hang out from it. It will be not so hard to do this.

So now this is the time to apply the next action. In here, you have to remember that the actions you have used will continue to loop if you didn't close off the actions. So be sure to close off the previous actions. Enter your next line of the dialogue after you applied the action.

Then set some choices. As an example, you can give an outfit change to your character by using the cosmetic option so it will change his clothing. Then tap the [+] which situated next to the choice to create a scene that tied with your particular preference. After that, we will change your character's outfit.

When changing your character's outfit, first enter some text for the choice. Tap on the "choice" settings and change the choice type into cosmetic choice. You will see a speech bubble at the bottom Screen here, and it is not necessary.

And the choice is covering the character's face. That will be not ideal. So you can drag the speech bubble to change the location. But also you can go to choice settings and toggle the choice dialogue off as the next step select an outfit for each of the choices.

You can use the best and the most relaxed outfit you own to dress up your character. Once your choices become set, here comes the time to create scenes that comes afterward with it. To make the next scene, you have to tap the [+ ] to the first choice.

Now use some actions and dialogue to create the next scene. Once you finished all these things tap on the [+] again and make a clip that comes after choice ends. Use screen transition to transition between this scene and the previous scene. So likewise, you can create a whole story by repeating those steps one by one.

BTS Universal Story is a real fandom game that benefits the fans of the BTS members to experience live moments with them. Those who are willing to see an opportunity to live and deal with their idols may be ample opportunity for them.

Creating stories with your choices and having to deal with your own personal BTS universe is a fantastic feeling to all, and it will be a massive opportunity for them all. So BTS Universe Story is an actual game that implies the desires of the fans in the BTS army world.