Magic: The Gathering Arena, or in simple terms, MTG Arena, is your new favorite card collecting game brought to you by the Wizards of the Coast, and here it takes you into a magical world. If you doubt whether you read it right or not, yes, you read it absolutely correctly. There is a whole new deck diversity that captivates the story here, and of course, it wraps up with the magic. So no need to be confused over starting your gameplay because we come with a starting guide, Magic: The Gathering Arena beginner guide, or it can be said MTG Arena beginner guide as well. 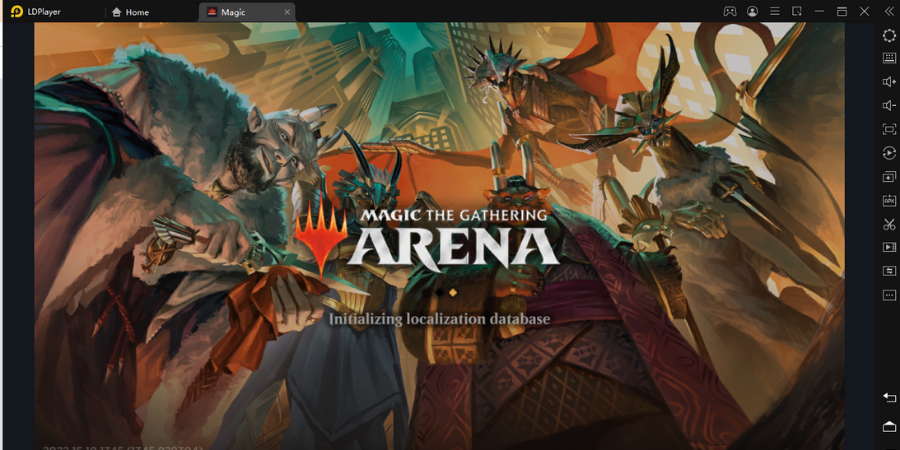 When talking more about the game MTG Arena, we can call it the best alternative card collectible game-born these days. Ever since it has been here, it has always managed to capture the hearts of the players with its diversity and tactics. These tactics are actually the things that make beginners feel somewhat hard in the game because if you are a just starter for MTG Arena, you will not know what you should actually do in the game.

So, the MTG Arena beginner guide is specially made up for beginners as a guide for all the new players, and at the end of this guide, you will be able to confidently face the complicated things of this game without any error. So let’s start our guide for the new players.

The MTG Arena game is not just a game that makes things complicated for you because it actually gives you the opportunity to ease the game through a tutorial. In MTG Arena, there is a separate tutorial designed with the purpose of giving players a chance to understand the game, and it also gives them the opportunity to earn some free decks. And that is our first point to talk about under this MTG Arena beginner guide.

After you go through this tutorial, you can actually make yourself packed with knowledge to go along with the gameplay, and it gives you a lot of information regarding the contents of the game. The other thing you need to do as a first player for MTG Arena is to go with color challenges and earn the free decks rewarded by the game.

As a first-time player of the MTG Arena, we recommend you have your magic cards from this MTG Arena beginner guide as it helps you move on with the gameplay. The game will offer you multiple cards just for having a sign-up for the game. These earned cards can be used for several strategies within your gameplay, and they also help you to upgrade the decks. 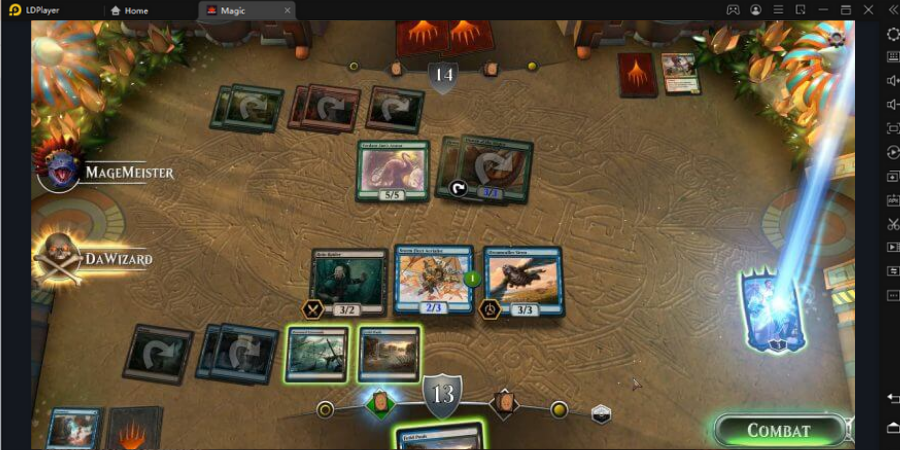 Taking your magic cards will happen in several ways, as follows.

MTG Arena is not a game that only has one to two game modes in it because it has many. You can experience so many game modes from MTG Arena, and they all have multiple types of levels as well. So the next thing that we want to take you from this MTG Arena beginner guide is the game modes.

When you are just a starter for MTG Arena, it is better at least to know the primary game modes from the game, and their challenging levels will also be varied from one another. But it is a simple and effective way to know these modes because you can prepare yourself to face them.

The first one you see under the MTG Arena game modes will be the bot match, and this is designed to act against the AI Sparky. This mode will test how strong your skills are and how much power your decks have for the game. As a tip from this MTG Arena beginner guide, we suggest you continue with this mode until you are fully prepared yourself to face the other proceeding difficulties and until you get familiar with your deck play. 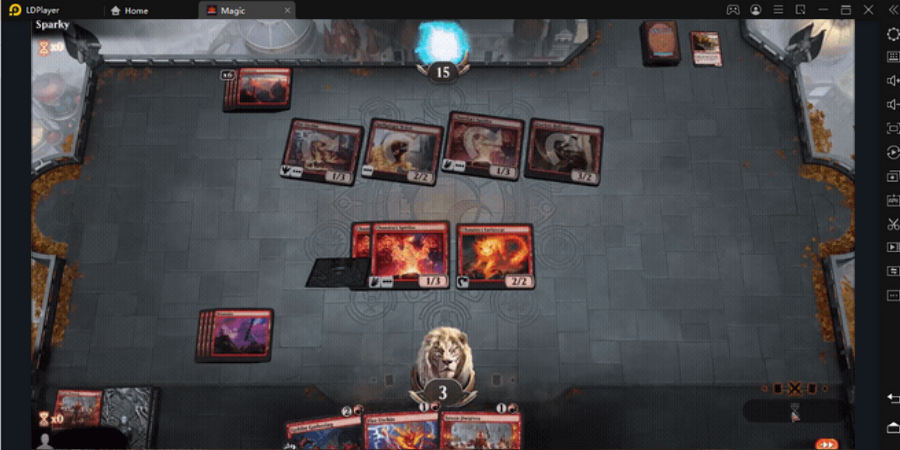 This game mode is identified as the primary event of the game, and when you go through it, it will clear your way to rise more from the ranks. And it also gives you the capacity to get qualify for the game’s tournaments. Ranked play mode will leave you with similarly ranked opponents, and let us give you one tip here. We suggest you go with this mode from this MTG Arena beginner guide once you are fully ready with your decks. 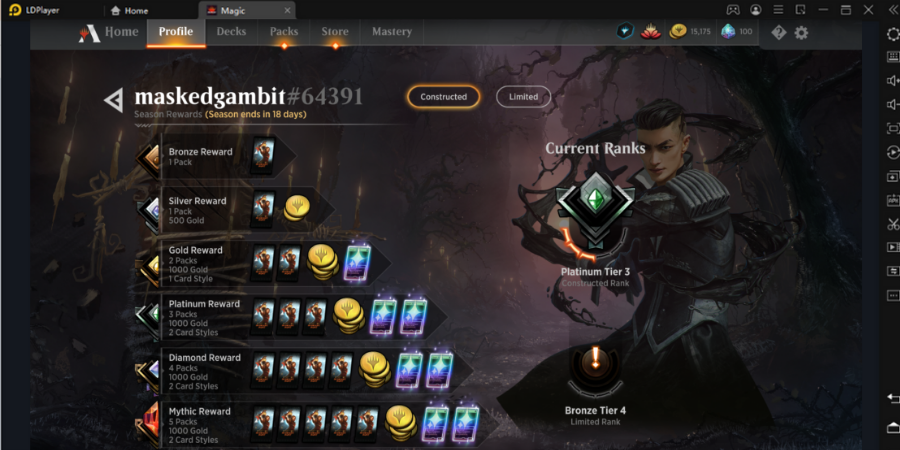 Play mode will feature some unranked games, which are happening against the magic players. Here you can find new players and have more ideas to test decks too.

This is a magical game mode set in a limited setting, and you will only be given with few cards here. And by using these few cards, players have to build up a whole new deck. Players will be given three-card packs to pass when it is the Draft. At one time, you can only pick a single card.

There will be six-packs to open and create a deck from those opened cards in the Sealed mode. If you are ready enough with your deck-building capabilities, we suggest you take part in this mode from our MTG Arena beginner guide. 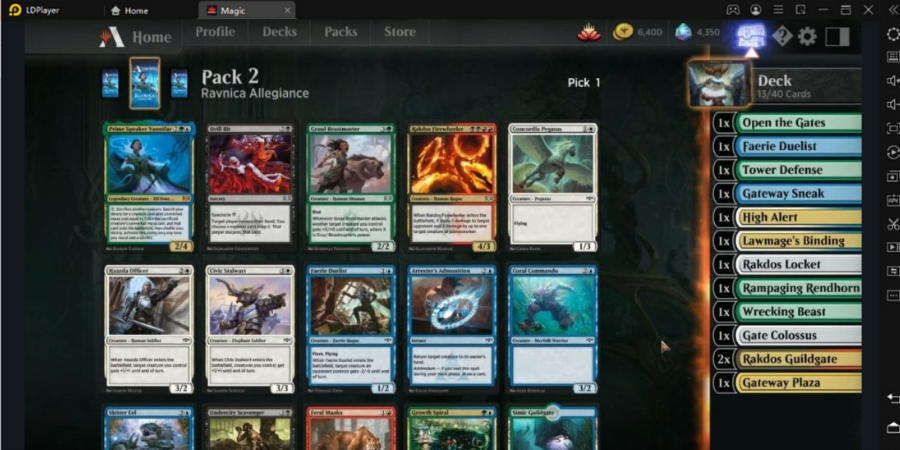 These modes are designed for the challengeable players, and there will be your most influential three game modes. 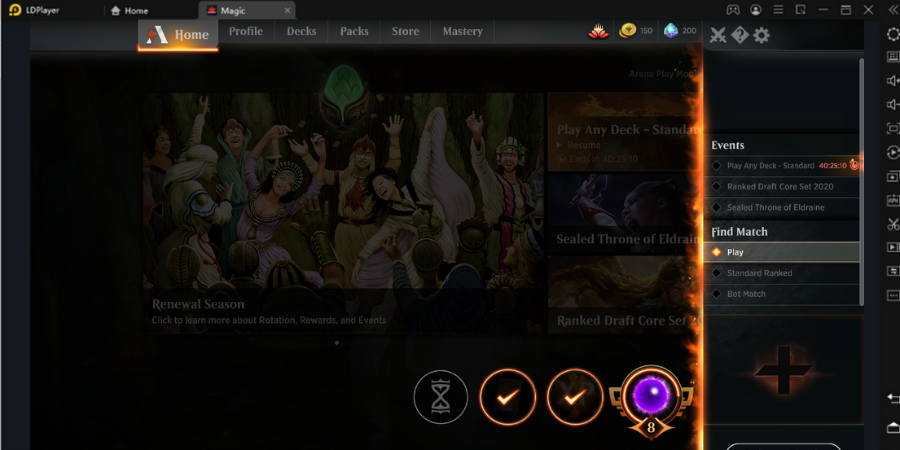 In the MTG Arena beginner guide, we like to let you know that mana lands are making your decks fuel with the right balance applied to that mana. Suppose a player has so many mana cards with them. Then they got the best chance to have more lands in the game. If any player lacks the land cards within the decks, the game will lock your cards with some not enough mana to play these cards.

There are many mana cards to be included in a deck. It will always be based on the way you play the game. But in this MTG Arena beginner guide, we recommend you to have 20 to 60 mana in a deck. The minimum value for the aggro deck will be between 20 to 22 land cards, and this amount will be from the lowest values for the mana.

Also, your deck has to come up with 4 or 6 mana cards and if your deck is a control deck that has so many highest mana cards, then remember that you have to include 22 into 27 land cards. So it will only take less time to play against the powerful hitters. 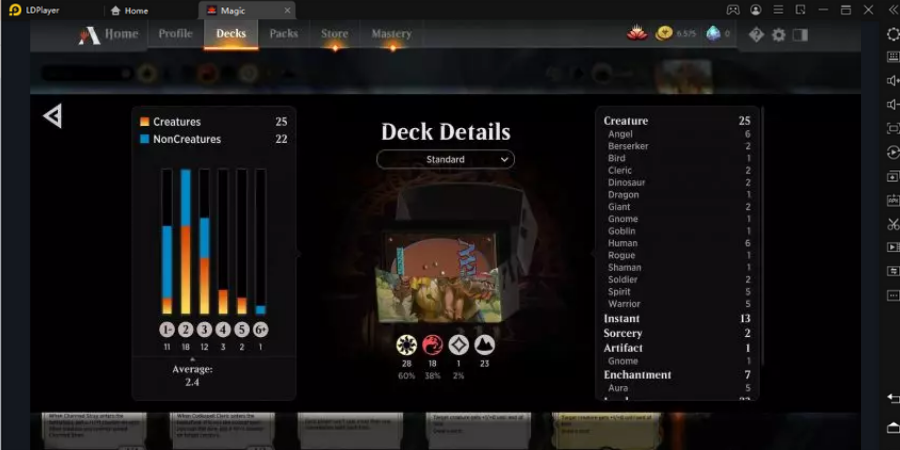 If you seem like the default key settings for all these cards in MTG Arena are way harder, you can just start the gameplay with the best android emulator: LDPlayer. It gives you every possible way to comfort your key bindings as it literally creates personalized key bindings for you. The Keyboard Mapping feature provided by the best emulator: LDPlayer, gives you this chance.

This opportunity allows you to take yourself out of the default key settings, and you will prepare yourself more confidently as a beginner because you are familiar with each control of the game now.

How to Get the Cards?

Let’s look at how you can get the cards before building a deck with this Magic: The Gathering Arena beginner guide. Taking your cards is not something you can do easily in this game because there are so many ways to do it here. So a player has to be fluent with them before trying to build a new deck.

Opening your boosters can be called as a greatest method to utilize here. Boosters are typically featured with some random chances, and those give you access to several sets of cards. And know that these cards are going to be based on your expansion. So we recommend you study each of your expansions as it makes you aware of the card booster packs.

And the second method is to craft your cards with the use of wild cards. This acts more like a ticket and gives you access to several rarities of cards. In some cases, Magic: The Gathering Arena will offer players rewards, which are also coming along with random cards. Or you can try to complete the game tasks one by one.

Several official formats are used in this game: alchemy, standard, explorer, and historic. Besides the standard format, every other format you see in the game will be somewhat harder. So if you are a starter to this game, we only recommend you to go with this standard mode as we emphasize it in this Magic: The Gathering Arena beginner guide. All the other formats in this game ask for way too many card pools, making you as hard as a new player.

But some things must be well aware by the players before they head right into the standard format. Know that this standard format will only offer you a limited number of booster sets to use. If your current cards are not reprinted in the next year, they are going to be illegal. So know that your game will continuously evolve with new things, and it makes you explore more with new decks as well. 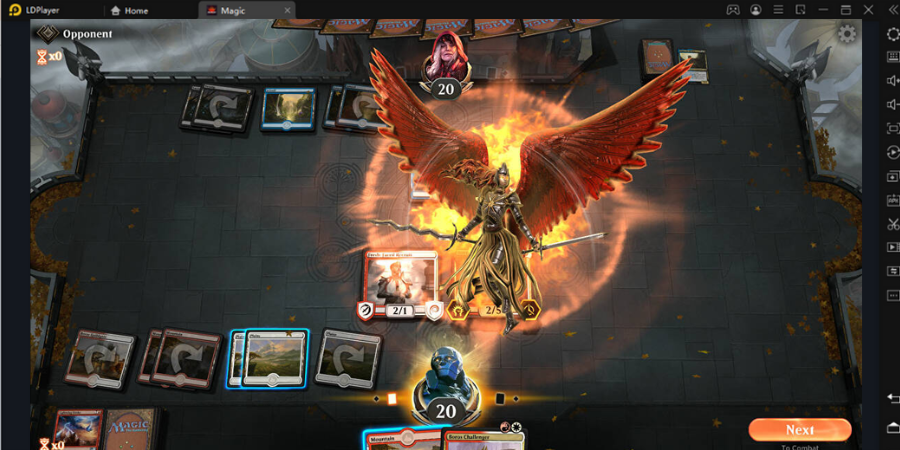 Don’t spend all your valuable resources on a card which you cannot use more. Try to be well aware of the rotations and see what sets are going to be removed from the game. So it prevents you from unnecessary spending.

The Types of your Cards

Always know your card types, and we want to make it highlight for you from this Magic: The Gathering Arena beginner guide. You may see some different kinds of cards in this game. But the major cards you are going to see here are from the lands and the spells. Land cards will be your resources, while the spell cards can be used to summon as a mana cost.

Know that your mana in Magic: The Gathering Arena will be created by the lands, and they can be utilized to activate the spells. If a card comes with a mana cost, it is going to regulate your game properly. But there will be a limited time to play these cards for one turn, and when the cards are more powerful, they can be played once several turns have passed.

Lands come in two types, special and basic, and spells are also going to be varied with different aspects. If you have a proper idea of how every spell in this game will work, it gives you a proper deck build and offers you the greatest idea of fighting against your enemies.

And that marks the end of our MTG Arena beginner guide, and it is your time to shine and ride with the game. If you follow up this guide with the explanation we are giving here, you can do a lot better in the game even if you just started to play the game, and if you are seeking better success in MTG Arena, here is your guide