The Legends of Chronos game, set for a global release this year, is a strategy game that simulates the realistic vibes of city building while turning it into a prosperous kingdom. The other things that the players can do here are not only building a civilization that is prosperous in every aspect but also gathering heroes, training and taking them to epic battles, and coming back with victories. Therefore, the players need better knowledge to play this game, and that's what the Legends of Chronos beginner guide is for. 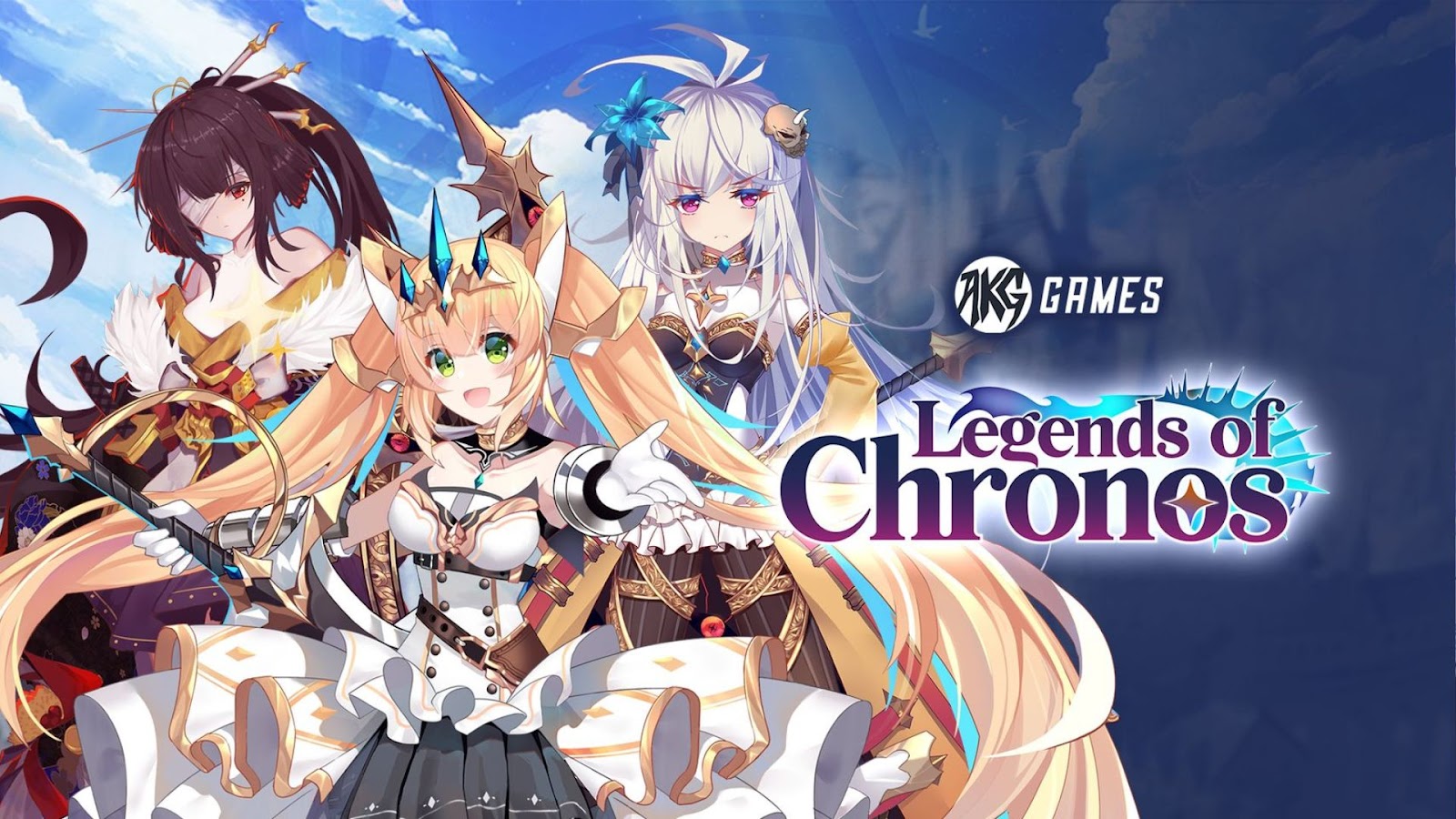 Here, the gameplay is about regaining the lost glory of the civilization called Carouland as the wish of their old king, and the chosen one to that is you. So, you must build the city and make it more prosperous, gather heroes known as Paladins, and train them to maintain the peace in the town, and there are many more things to do. But, before rushing into the game, the players must have a good understanding of the game and its way of happening, and with our Legends of Chronos beginner, everything will be easier than usual.

So, let us go to our guide, specially made for every Legends of Chronos beginner who loves and awaits to play the game more successfully. Through this guide, we hope to give good guidance in every game aspect for every player out there. It's your time to collect learning points to get shined in this game, so go ahead.

The first thing from the Legends of Chronos beginner guide is about the battles. Once it seems your civilization gets attacked by enemies, the player can make a troop and deploy them to battle with the enemy force. First, the players can check if there is an attack on the city from its outside just by tapping on the Field icon.

If there is an attack, you better take quick steps to defeat all the enemy troops in this game, and the players must learn to form an army, then deploy it to attack enemies. These are the steps to do that procedure. 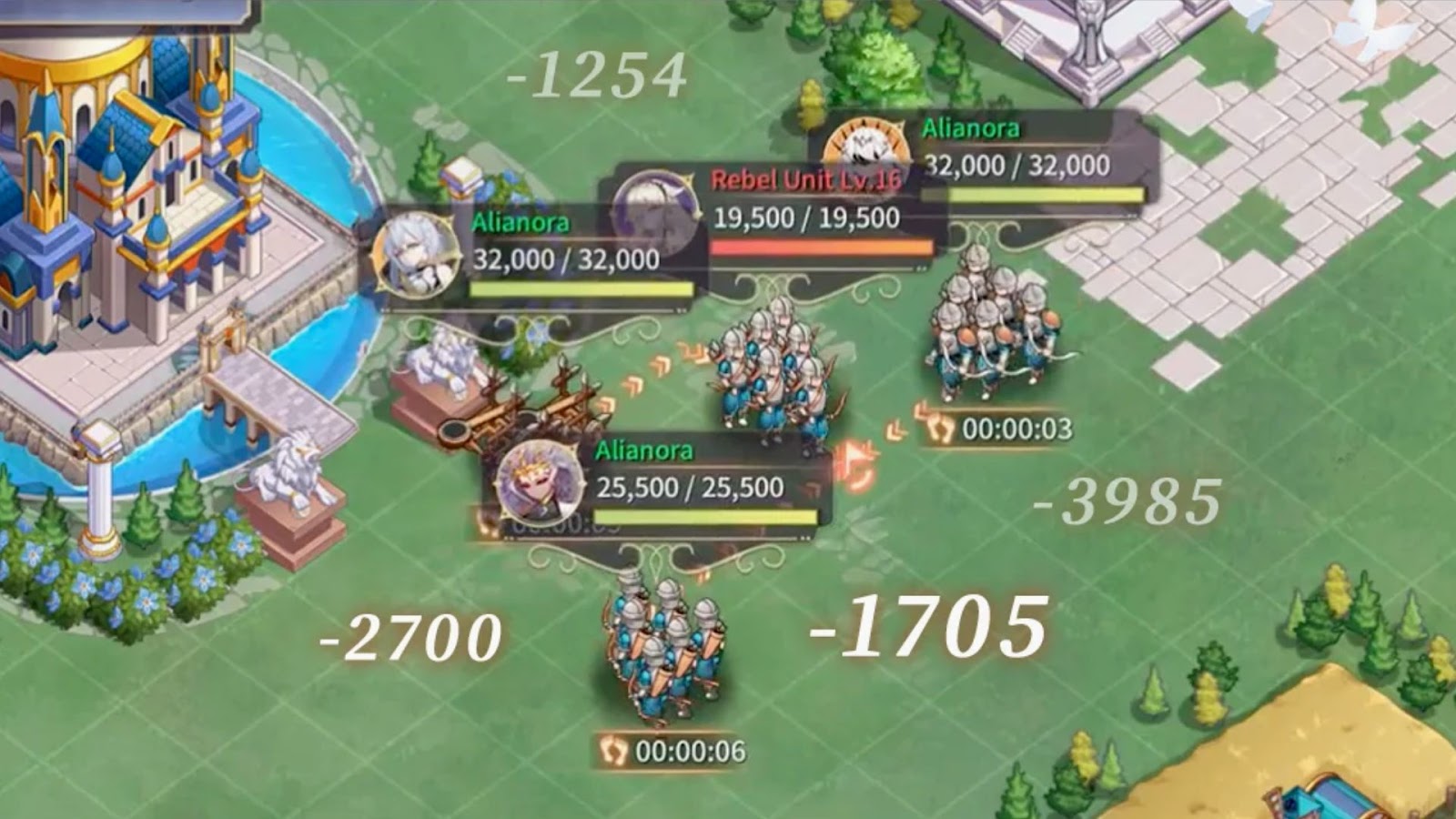 The players can train troops using the different training buildings for each soldier category to upgrade all the attributes of the forces, such as their attack power, defense power, health status, march speed, etc.

There are mainly three types of buildings (Economic, Military, and Decoration) that the players can place in their city to make it more prosperous: Academy, Hospital, City Hall, Library, Archery Range, Barracks, and many more buildings.

Constructing and upgrading these buildings will be necessary if the players need to make the civilization more prosperous. Players will need essential resources such as stones, wood, food, etc., to boost the buildings, and the upgrading will take a few minutes to complete.

But the players can use time skips they have gathered through completing tasks to reduce the time spent to upgrade the buildings, or they can use another particular in-game currency. 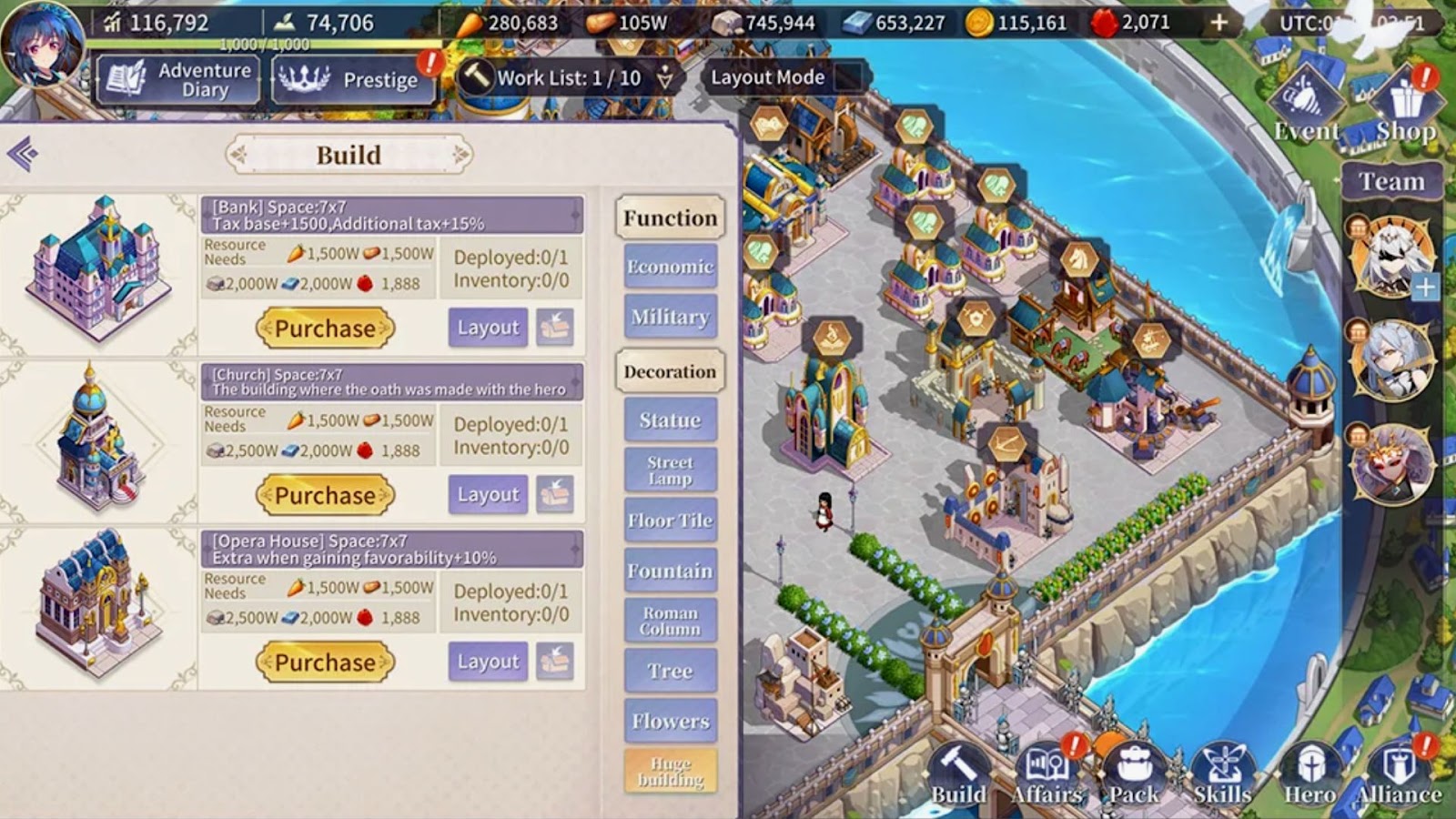 Legends of Chronos Beginner Guide for Tasks to Complete

There are daily tasks given in the game for the players to complete here, and the players must not forget to complete these tasks assigned here because completing them will provide the players with many rewards that are very useful in the gameplay. It will offer youtube best chance of progressing as a Legends of Chronos beginner.

Also, in the task section, the players will be given other tasks, such as the main mission and side tasks. Completing all these functions will provide the players with the most critical rewards here, so it's essential to clear all the jobs because they are so simple at the beginning of the game.

But once the players go deeper and deeper in the game, the tasks the players receive will be more difficult.

Recruiting means obtaining new heroes for your army troops, and the players can recruit new heroes to their battalions through the Adventurers Guild. 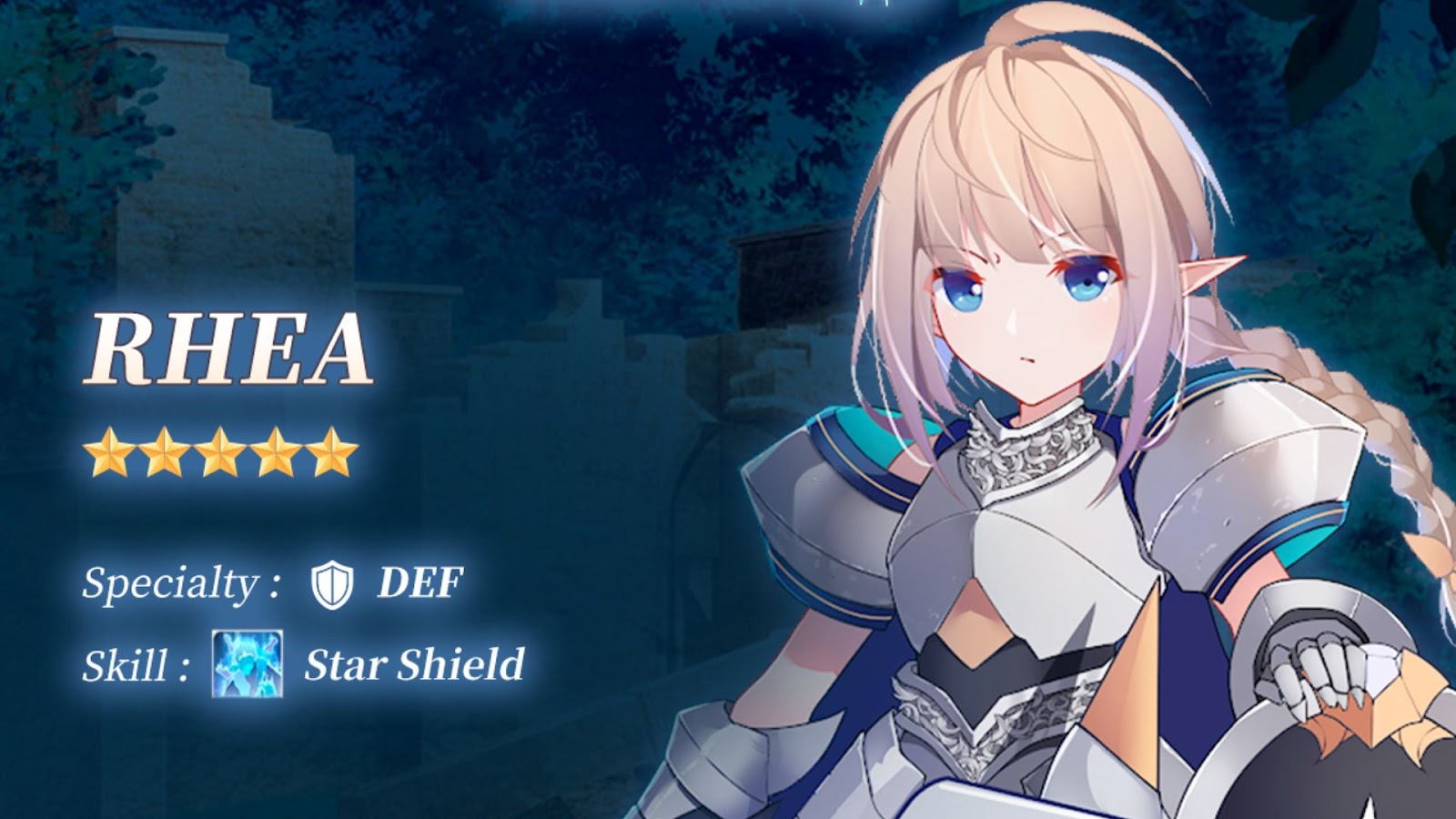 The pack is where all the resources store that the players gather by completing several tasks, such as food, wood, stones, Iron Ingots, Resource chests, and many more. Since there are many resources in the pack, do not always claim or use all the resources here.

Even though this is a mobile game, everyone loves to play this game on PC with a widescreen and many fascinating tools to ease the gameplay. Therefore, every Legends of Chronos beginner can try out the game with the best android emulator LDPlayer 9, once the game is released globally.

The common issues the players will face when playing games on mobile are heat issues, fast battery drainage, and app crashes that make the game lag. But if the players play games on a PC using an emulator, they do not have to deal with any struggles above mentioned.

So, we recommend the LDPlayer 9, which millions of gamers trust to play these kinds of fantastic games on PC with improved graphics and easily accessible tools. The players can experience the best gameplay only with LDPlayer 9, and hurry up, download the LDPlayer 9 on your PC to be ready to play the game right after its release. 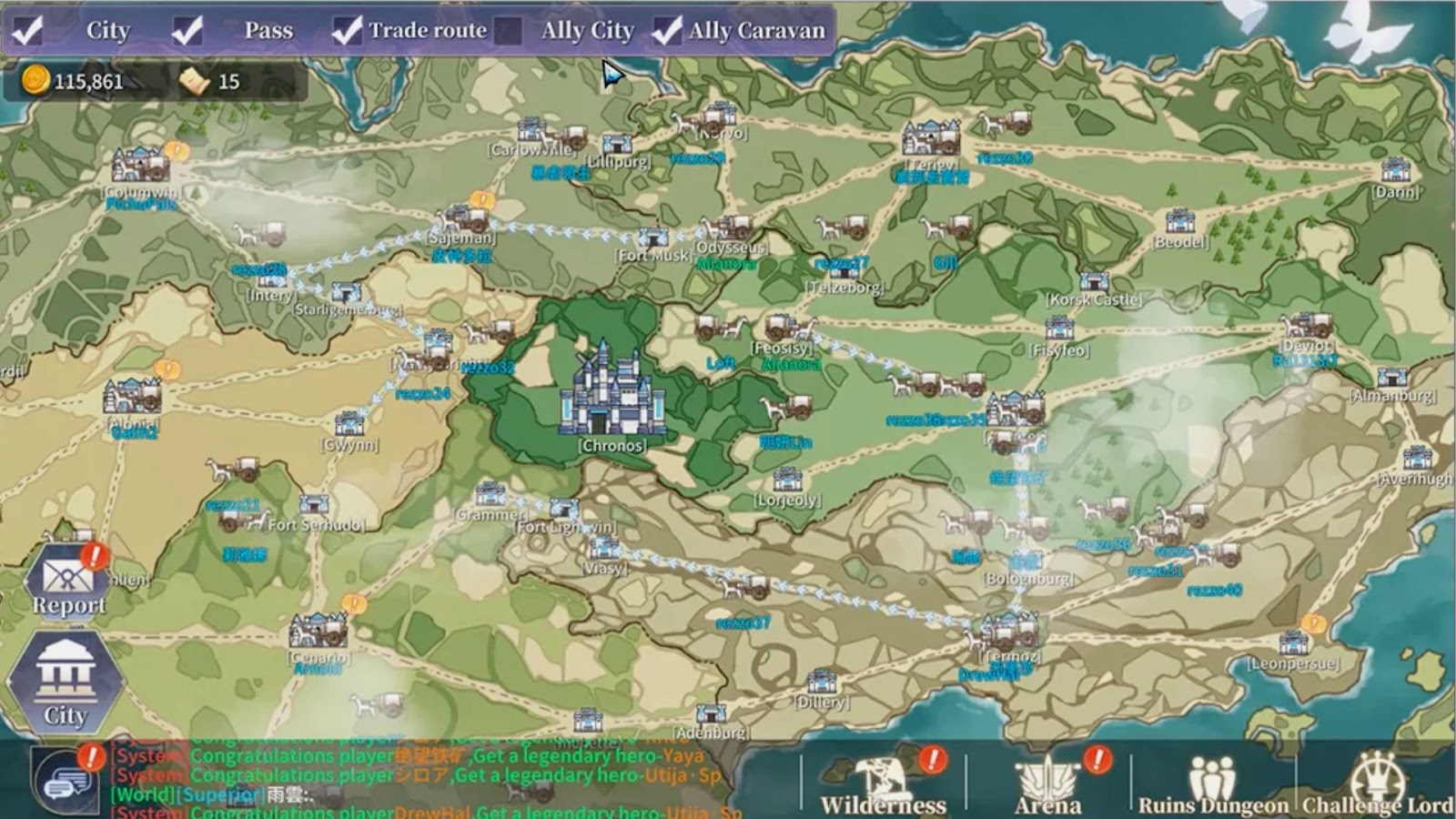 Legends of Chronos Beginner Guide for Joining an Alliance

Alliance is a similar aspect to the guild that the players can see in other games, and joining an alliance will be available in this game once they unlock the Alliance Center the game. There are many advantages of being in an alliance, such as the players can gain daily login rewards through the alliance they have joined, exchange gifts among the members, etc.

When the players join an existing alliance, it is essential to check the number of members in the alliance and their prosperity and participate with an alliance higher in wealth and prosperity.

With all of this guidance given in this Legends of Chronos beginner guide, we hope you will never fail in this game once you start playing it. So guys, are you ready to take the challenge and make the city more prosperous with the best military and economy? We wish you good luck playing the game and being the best kingdom's ruler.