If you're a big admirer of smartphone role-playing games, you've probably heard plenty about Dislyte, the hottest new Lilith Games creation. This spectacular beat-driven RPG is both beautiful and immersive, with just the perfect amount of strategic approach and challenge in terms of gameplay. Here lie simple Dislyte tips and a Dislyte beginner guide. 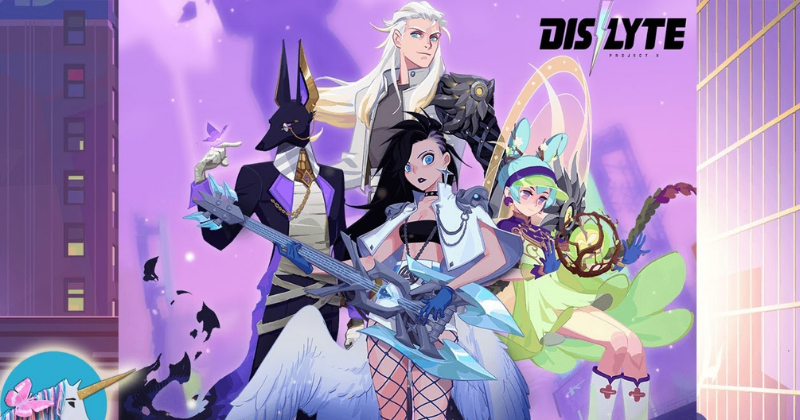 There are numerous fabled superheroes and creatures in the game. The game's plot is that the universe has been taken over by fabled demons wreaking havoc. You, as the citizen, will gain supreme power to prevent the breakdown by combating the baddies. The game may have a compelling story, but there is a lot to do if it keeps playing.

The present and the past have just clashed. The greatest war in history has brought together historic champions and mythological beasts. The world's most privileged people from Greece, China, Egypt, Europe, and elsewhere have just been gifted with divine presence, transforming them into "Espers'' to keep the world safe. And we are here with this Dislyte beginner guide, going to cover you all.

Use the Espers you have to defeat the enemies! Based on the gods who granted them the power, they have distinct personalities, portrayals, abilities, advantages, and disadvantages. So, if you're new to Dislyte and looking for some handy Distyle tips and tricks, you've come to the right place. Let's get started on our Dislyte beginners' guide with that out of the way. 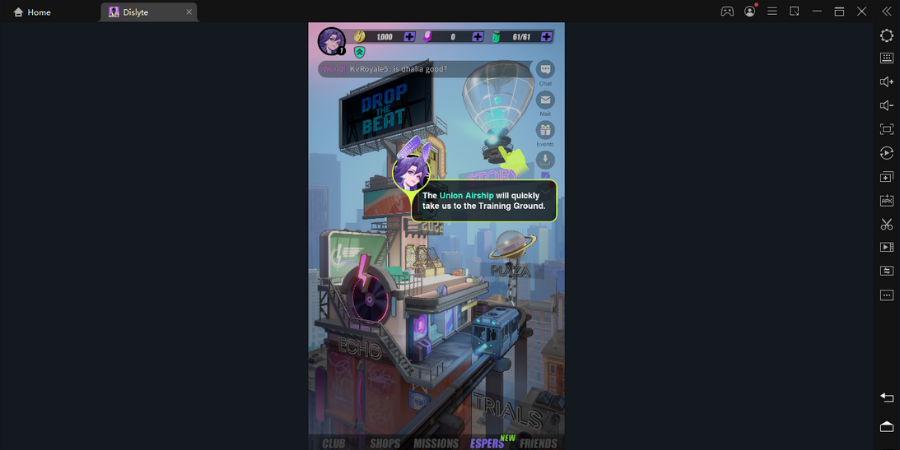 Many people are aware of it, but if you're new, the very first point you should fixate on is completing Chapter 6. That would be our first thing to talk about in the Dislyte beginner guide. To begin with, all of us are fortunate, a very decent hero named Mona, whose AoE abilities are powerful. 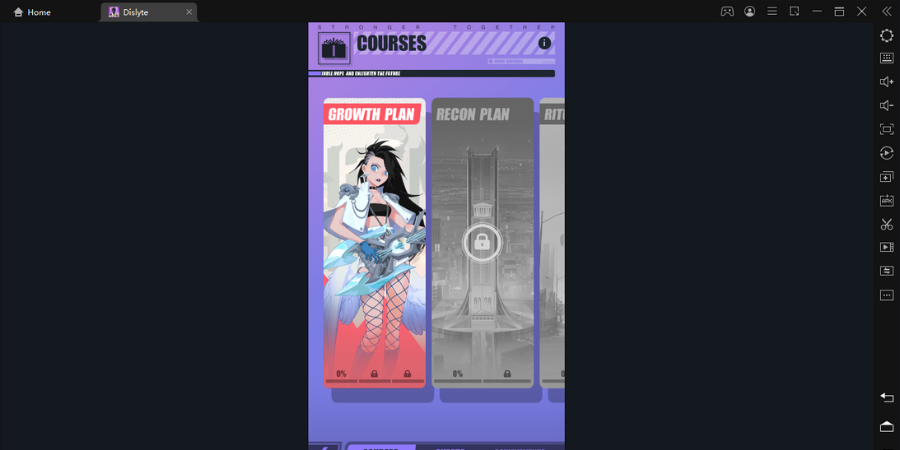 Completing missions is the top priority in a game like Dislyte, like many RPG games. So, if you're new here, you should know that accomplishing Chapter Six is critical to your improvements in the game. Completing Chapter Six will pay you off with life steal sets that you can strengthen on your character, improving their skill sets to combat stronger on the battleground.

By completing Chapter 6, you will be able to craft the Lifesteal set on Mona. As we recommend from this Dislyte beginner guide, that is essential, but your first primary objective is now in the phase of the game. Of course, several upgrades are required to reach this level, but it is here that you will unleash an unparalleled set that could be used on any impact dealer in PvE.

If you want the smoothest operations for these missions, go with the best android emulator, and the Keyboard Mapping feature on it will allow you to make controls on your own. You will be able to set the most familiar controls to the keyboard settings here, so there will be no lag or complexity on moving and for each game control.

Focus on One Stage and Farm it for a Week

The next tip in the Dislyte beginners' guide is to focus on one stage and farm it. This isn't the most groundbreaking tip, but it's important to note even though. You could grow crops one stage indefinitely, as in most RPGs. 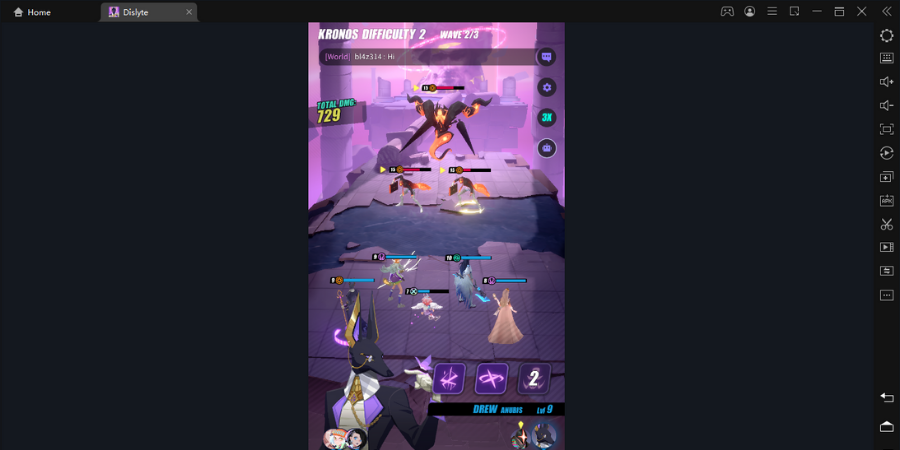 This is also true for Dislyte, and considering that you begin with dual XP in your week of play, it might be valuable if you like to get ahead quickly. You'll have a large pool of Vigor to work with, so it's great to try out several phases until you find one you can clarify fast and effectively as a suggestion from this Dislyte beginner guide and tips.

Focus on Upgrading one Character at One Point

You should only have one male lead, a severe harm dealer, and enhance all their equipment and amount and statistics. That is our next point to talk about in the Dislyte beginner guide and tips. Possessing influential characters will make clearing PvE material much faster and easier, but improving them is a method. 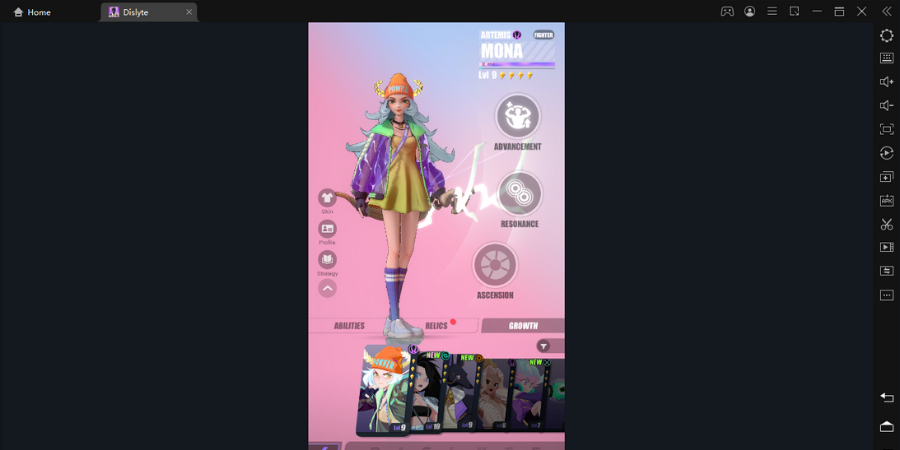 Nevertheless, advancement is a time-consuming and labour-intensive process. The right approach to updating your characters is to do so one at a time. Upgrading one character and then switching to another will improve your team's performance in PvE and PvP games. Most players avoid it because it is a slow process. This will result in the best results in the long run because your group will have more star players of characters.

Upgrade your Relics Whenever Possible

Upgrading is a must for discussed in this Dislye beginner guide. Relics are always a key focus but don't put too much money into low-level ones. You can continuously update the beginner Relics until you get good options, at which point you can shift them from your most extraordinary character to the other.

There are no Relics that are unquestionably the best, but some are undeniably better than the others. You can begin obtaining yellow Relics from Trials Ritual Miracle 5, and you should start building your squad for this. It would not be so easy but the rewards you take from them will be very useful.

Select your relics based on your gameplay, as they each have unique abilities that can be used. Begin with yellow antiques and progressively name your group, earning you some benefits.

Don't Forget to Add Friends and Claim and Send Gifts

Friends are far more common than you'd think in the Dislyte universe. Therefore you can claim and give Friendship prices every day. You need to make it a priority in this Dislyte beginner guide and tips. 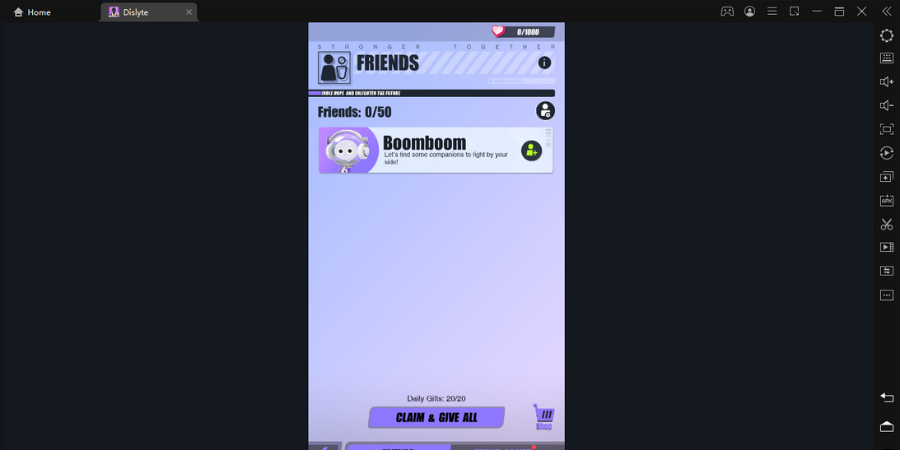 That may not come up as much, but in future, they will be very helpful for a player. Because 200 Friendship Points can be exchanged for one Silver Record, you must add as many friends as possible and gift/send Friendship Points daily.

How Can We Promote Our Espers?

In this Dislyte beginner guide and tips, we must say that promoting an Esper is the best way to proceed faster in the game, and we also call them the fodders or food. For this promoting procedure, players will need to have an equal amount of the star levels other espers as follows.

You should note that these espers can only promote whenever they are within a maximum level. 6 stars would be the maximum level for the promotions, and it will take you up to more than level 60 in the game.

There are several types of currencies available in this Dislyte game, and we can discuss them thoroughly through this Dislyte beginner guide and tips. All the currencies you see in the game are the purpose for a particular task, and sometimes it may have several things to do in the game.

Every currency type will come with a limit, and sometimes they can purchase or refill. There will be three of them as follows.

Gold – this currency is very easy to earn, and players use it mainly as the Dislyte beginners. You can upgrade the relics and do some enhancements by using this currency.

Crystals – this is a premium currency, and we can use it for the summoning from Dislyte’s Echo system.

Stamina – this one will be used primarily in the game, and it is also a primary currency. You are going to need stamina for all the game modes.

Clear Your Missions Each Day

There are two kinds of operations: daily missions that must be done within 24 hours and weekly tasks that change every week. So concentrate on completing missions to obtain rewards and XP points. In addition, you can get some gold records that can be used to select some good Esper. So, to be the best in Dislyte, attempt to finish all of the missions. 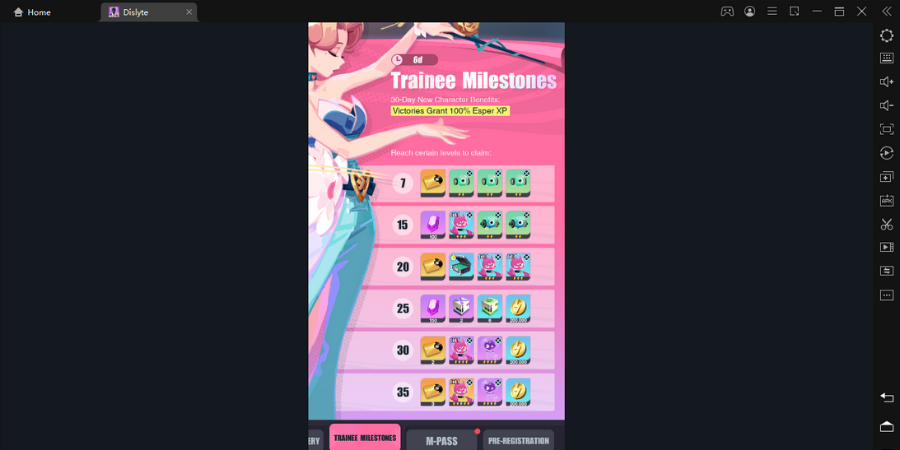 The everyday quests must be completed every day because, as a free-to-play player, you will require every Gem you could get your fingers on. And that would be our last point to discuss from this Dislyte beginner guide with tips.

Here is the Dislyte beginner guide and tips to excel in this marvellous universe. Above are our Dislyte tips for newbies to have a simple, no-brainer initial burst while also understanding the essential elements of the game to concentrate on. We know these are basic things to know, but it'll improve your game and help you jump up to higher levels easily. Feel the emotion and immerse yourself in this visually spectacular universe.