Let's have a play between the Obsidian and the Astral alliances. The Chronicle of Infinity will take you into a battle with these two parties, and there will be a specific mission tasked for you. We will create a mighty hero as our first task here, and a number of players are available here who are fighting to take the victory around the world. And now, you can take your victory in this MMORPG battle when you have the support from a proper Chronicle of Infinity beginner guide. 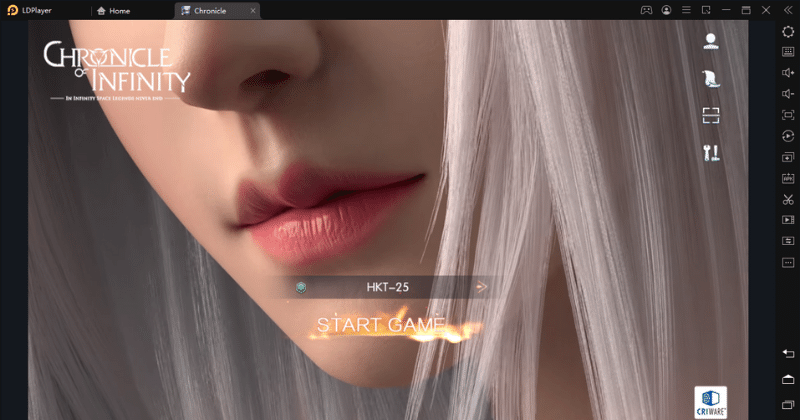 Every game element in this world is totally unique and fresh, and they take players through the main stories, dungeons, and so many game modes. There will be no one mode. Modes are many here, and several classes from the game are always ready to take all the game's features into success. Farming, grinding, completing some quests, or any kind of challenge is possible here. Chronicle of Infinity will never be an outdated game for you as it has so many new things to enhance your gaming day by day.

As we said earlier, Chronicle of Infinity comes with so many game modes on it, and one of the main features it holds can be named its story missions. Like any other MMORPG, Chronicle of Infinity is also asking the players to progress through its main storyline. It basically provides you with gold and a number of experiences. And also comes with so many missions to complete, and resources will be granted to you upon every completion. 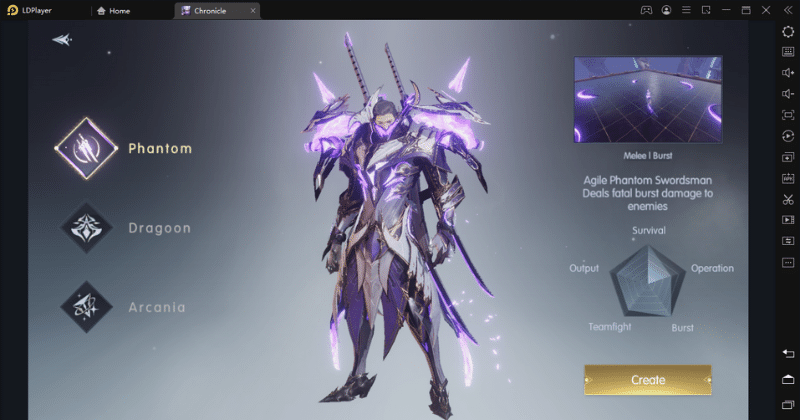 Doing your main story mission does not only take you towards the reward. It can also make a player level up easily with each task, and every completion of the tasks can grant them new game modes. Many new features will be launched for your gameplay with every milestone you achieve in the game.

After you have stepped into your adventure in Chronicle of Infinity, it will unlock the Daily Must do menu. This menu is designed with so many challenges, and now you can complete them one by one daily. Every challenge will reward you with essential things for the game. Chronicle of Infinity will take you into the Boss Challenge as the first challenge, and it can give you mighty gears, which can generally increase the BR of a player. 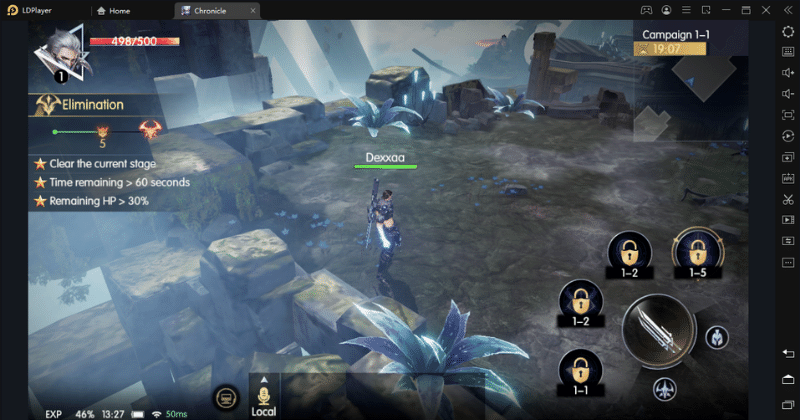 Try to continue more and more within the game as it can level you up from the gameplay. And each levelling up will unlock more daily tasks. At level 34, the Coin Dungeon daily task will be opened, while the EXP Dungeon will open up at level 36. And when you reach level 38, you will get to experience the Exclusive Boss task, and likewise, you will gradually take one by one task with your daily task option.

Every challenge you face in the Chronicle of Infinity daily tasks will help you to special farm items and make sure to complete them always as it can literally reward you with valuable resources.

The main story of the Chronicle of Infinity is not so hard, and you can complete them easily. But when you go deep and deep into your game, you will see that levels are getting complex, and you won't be able to complete them easily. And sometimes, you won't be able to encounter your enemies successfully. So, to make yourself powerful enough to face these complex levels, you must increase your BR level as it can increase your strength in the game. 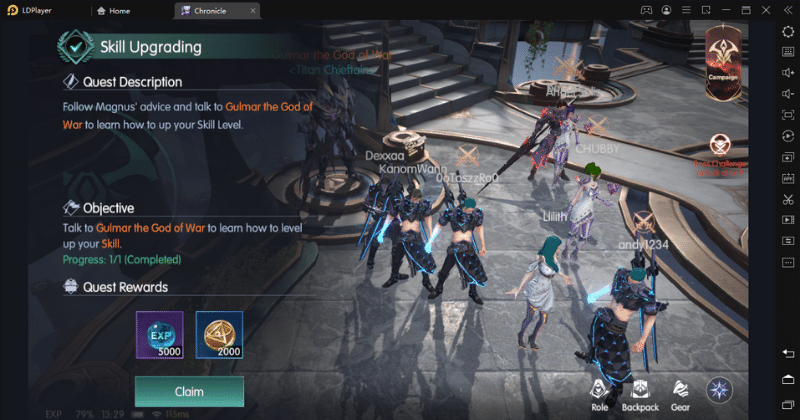 So you can generally use these methods to increase this BR level. 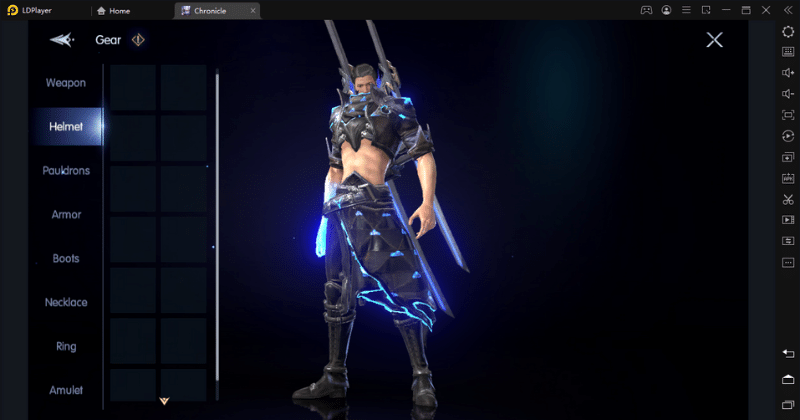 Take Part from an Active League

There will be a league featured in this Chronicle of Infinity game, similar to a clan. There will be several players inside it who are acting towards a common cause, and joining one of them can offer players access to the rewards and challenges and the perks. And those are helping you to progress from the game with an increase of the banner level in the league. So joining an active league is the best option you have right now.

Sometimes, you may not want to stay in that same group forever, but even a short time of attendance for a league can give you more good. And also, it helps you to have access to the Daily Missions, which are special timed.

These are the second type of daily quests, which comes after the main quests, and they also have a specific time to operate. Multiple game modes can be seen in these daily limited-time quests, and they can contribute players to the core gameplay.

Some limited daily quests are coming with Ruin Bosses, Demon invasion scenarios, treasure hunts, and the Apex Guerilla. Sometimes, you can do these by yourself or with a League group. These quests are also associated with the group bosses, battle royales, and the roguelike dungeons. Remember that some of the limited-time quests will be available to you only after you pass some levels in the game.

As we mentioned from these points, Chronicle of Infinity is a game with so many battles, dungeons and complex stages, so you might want to have some better controls to play with AOE skills on this Chronicle of Infinity gameplay. So with the best android emulator: LDPlayer, now you can access the Keyboard Mapping feature, which allows us to control our movements and controls as per our wish as it can create our own personalized keyboard. 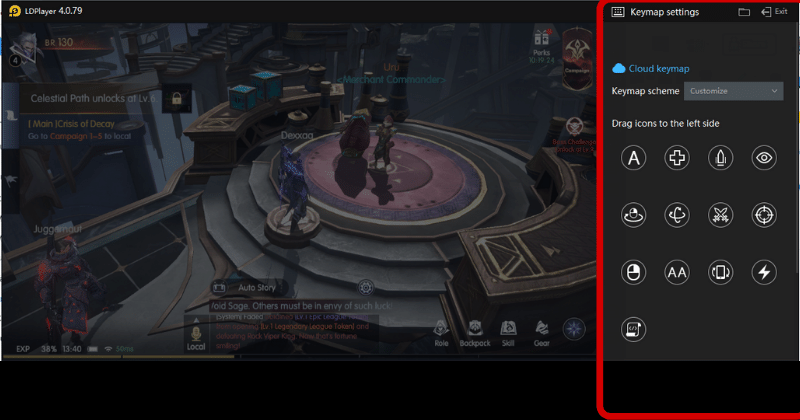 So here are the very basic aspects of this game that must be learned from a Chronicle of Infinity beginner guide, and it is now your time to make your gameplay more prosperous with the right knowledge. Go through these details to identify this game with a better viewpoint, and we are sure that you will get the best idea from this best Chronicle of Infinity beginner guide on its gameplay.