Bistro Heroes as an RPG game is a unique game with fascinating gameplay by Team Tapas, and this is for lovers of cooking. Instead of playing a typical RPG game with different battles and fighting, we welcome you to deal with a cooking aspect game with Bistro Heroes along with the cooking elements. 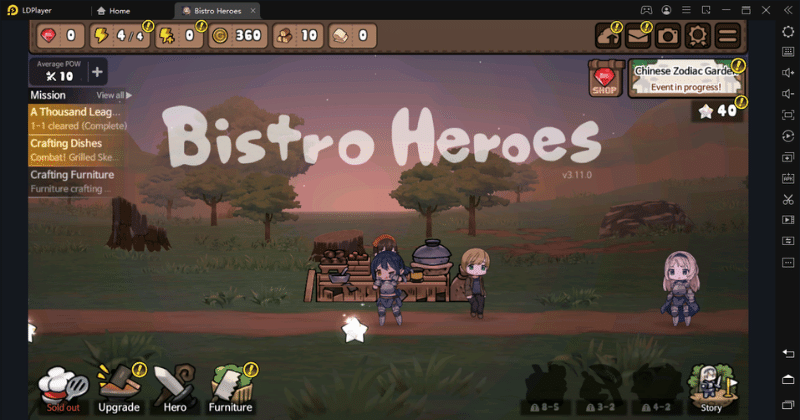 From the core of the gameplay, Bistro Heroes is centered on Knights Ayran and the Coq au Vin, attempting to reach for the capital. They are trying to save their kingdom from the mana explosion.

As a player, you have to progress from stage to stage through the story. So for this, you better know which character you will be taking as a role.

There will be 11 playable characters in this game, and at the beginning of the game, every player will take two unlocked characters as Ayran and Coq au Vin. By the time you pass and clear the first level, you will unlock other new heroes too.

So here are the playable characters you will see in Bistro Heroes, along with their characters.

Ayran is one of the first characters you will encounter from the game, and she is the grandmaster for all the Royal Knights. She had an outstanding commitment as a protector for her people, and that is how Ayran managed to become a grandmaster at such a young age. Her skills are related as follows. 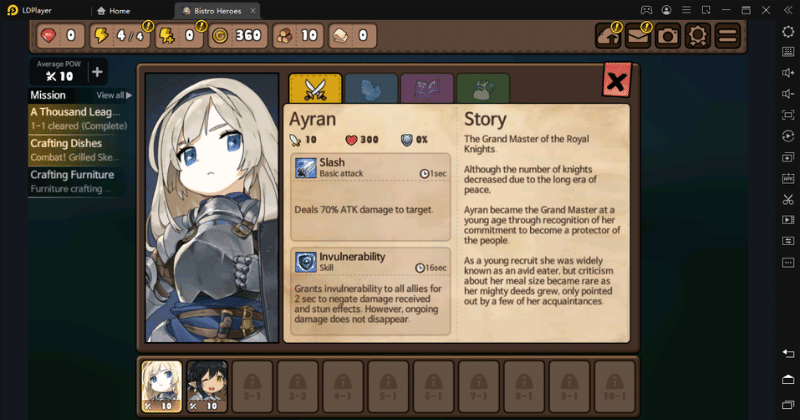 Coq is an elf, the elite archer for royal knights. She has her own values with super skills and tongue, which made Coq a member of the knights. Her skills are 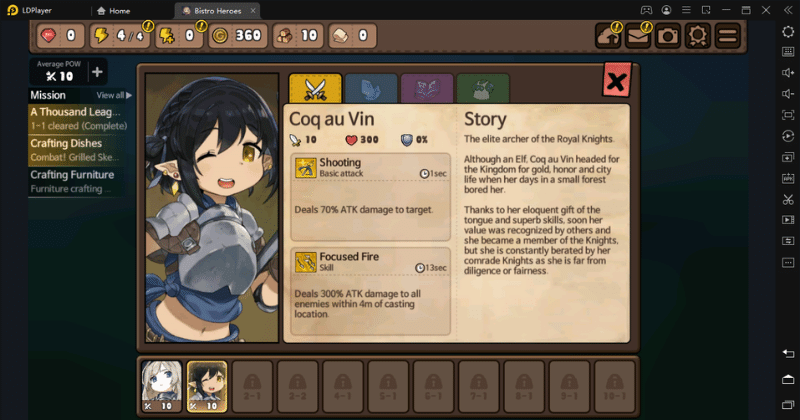 Fondue is a witch, and people misunderstand her and fear her. But Fondue is a shy person who likes to learn about new words and magic. This hero is more like a mage, and you can take her after clearing the stages 2-1 from Shroom Cave. Fondue's skills are 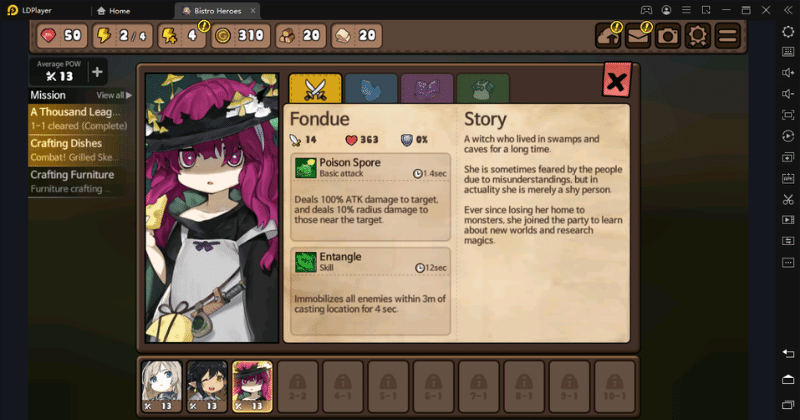 Limu is a shaman with a free spirit, and since childhood, she was greatly inspired by the sea guardians. She can protect all her allies at the same time, and players can earn her by clearing stage 3-1 from the beach. Her skills are 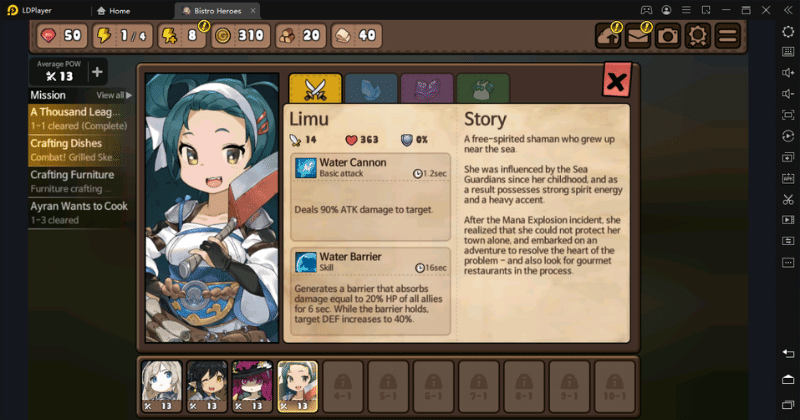 You can visit here for the best tips to continue with Bistro Heroes game progress.

Hotdog is an ideal hero you can use as a starter and she will help you kill the hardest enemies. Players can unlock her after stages 4-1 from Barren Desert, and her skills are

Espresso can be identified as an exclusive hero who helps players stun their target enemies. And then she can interrupt those enemies from taking all actions.

You can unlock Espresso after clearing stages 5-1 from Rainwind Hill, and this hero is a steel golem who has been created by using the power of the state-of-the-art magitech.

Her skills are as follows.

Mocha is a hyper genius, and she is a superb scientist who can help you over distracting all the enemies. Unlocking Mocha can be done by clearing the stages 6-1 from Golden Fields. Mocha's skills are

Éclair is identified as a masked swordswoman for Bistro Heroes, and she can provide players with a single barrier. Unlocking her can be done after clearing stages 7-1 from Royal Forest. Éclair enters the battlefield with a mask to correct her mistakes and most importantly, her character is a mystery. Her skills are

Muffin is the first doggo in this game, helping players by burning all enemies. Unlocking her can be done after stage 8-1 from Wasp Nest.

Muffin is actually a trouble maker, and she is excited about everything she sees. That causes villagers so much trouble and puts them into countless troubling situations. Muffin's skills are

The ratio is a furry hero, and she is dealing with extra damage to her targets. She can also drag bombs and drag down her enemies as well.

As a player, you will unlock her by stage 9-1 from Frozen Snow Mountain. Ration is more like to be in quiet places, but she has a great affection towards the villagers. Her skills are 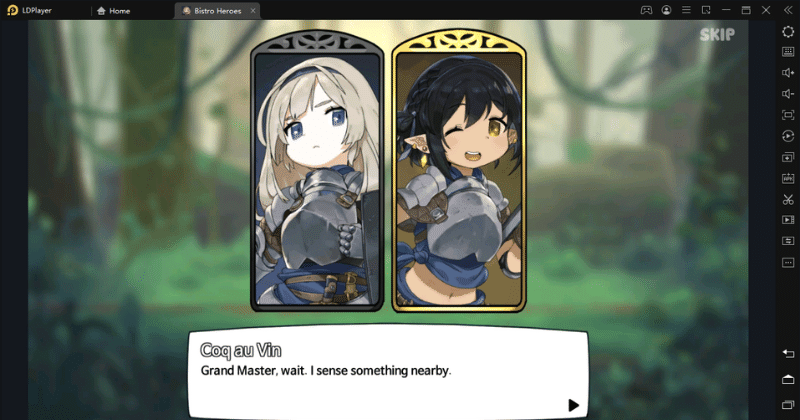 Pepper is a hero who will help players kill their enemies with a 2x speed boost. And also, she is healing them from that same time. She is a royal guard and a fae, and she has outstanding magic skills.

Although Pepper is small in size, don't ever underestimate her. Pepper is a great hero who has been famed for her superior intelligence with her unique magic.

Pepper can be unlocked by clearing stages 10-1 from Hot Sauce Volcano. Her skills are

Set up a keyboard that will place your most familiar key settings on it. The Keyboard Mapping feature from LDPlayer will allow you to do so and don't just lag. Make it easy for the game controls. 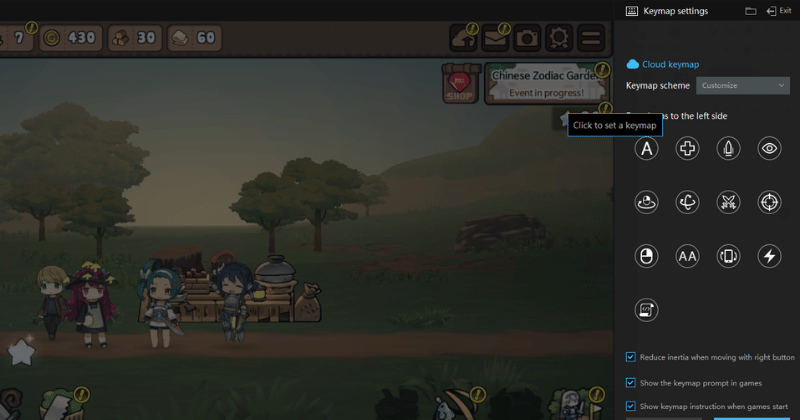 So here are all the 11 characters you can play from Bistro Heroes, and by going through every detail, you may notice that every one of them holds different skills on their own. So you need to select a hero capable of completing your requirements and make sure to unlock them by going into each phase one by one.