Netmarble's new Dark Fantasy will release soon on Android and iOS with an open world mobile RPG. This game would set you on to a new dark world with so many conflicts, battles, and difficulties. Set your place in a dangerous fantasy world with so much sorcery and swords.

A3: Still Alive is yet to release as a cross-genre mobile feature with an open-world RPG combat system. So basically, it will lead you to a battle royale mode. Players have to fight with intensive hacks and slashing combat system.

There will always be an open PVP environment in A3: Still Alive, and it always consists of a mode variation of PVP and PVE modes.

What is A3: Still Alive?

A3: Still Alive is a game based on a PC game by South Korea named A3. This mobile game is crossed with a genre mobile game, and it has blended the open-world RPG systems and battle royale genre. 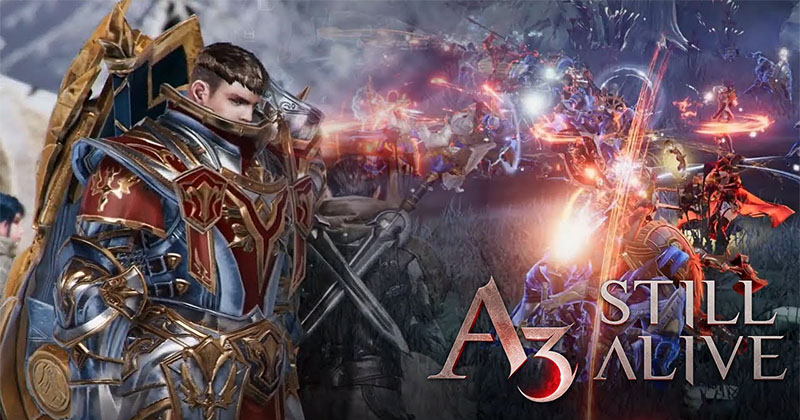 This period is the first time where the A3 series of games is released to the west. A3: Still Alive mobile game comes with both single modes and multiplayer modes to play.

Players are always seeking for strongest weapons and fight against the enemies.

Players of the game are free to compete in PVP or PVE battles through Castle Siege, dark Presence, and World Boss Content. All of the characters of A3: Still Alive are three rendered, and every scenario is designed with a fully 3D background.

When talking about graphics, this game is holding a beautiful 3D graphic with so much quality indeed. These perfect graphics are taking onto your steps by Unity Engine by their best optimization.

Everything you ask in the best MMORPG game will include in A3: Still Alive. This game originally possesses good conditions of bounding players towards it and will always keep its players on edge.

Fight in a team battle, or you can play in a solo player vs. player battles. You can randomly team up with friends and battle as a team.

The game itself has a 100v100 restrict free open-world battles to engage within two teams. Become a partner with soul linkers, and players have allowed becoming the ruler of them.

Soul linkers are in three types as ATK, SUPP, and DEF in a collection of 270 more soul linkers. All the things should not have to be done solo. Netmarble makes sure to give you a tense battlefield with every moment of the game itself. 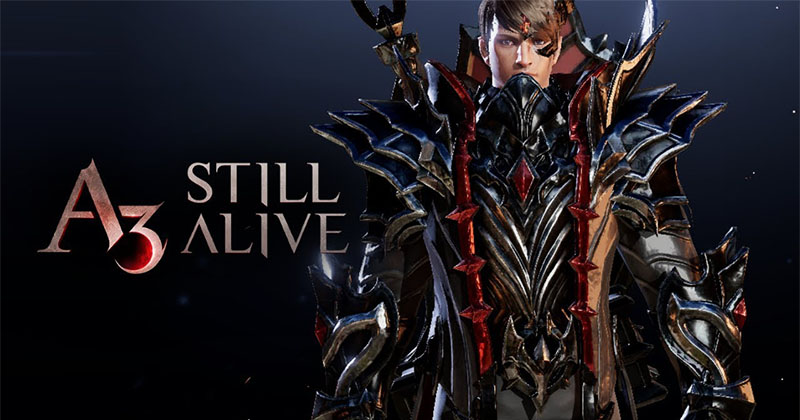 There will be five classes included in the A3 Still Alive on its own. Each of the classes is holding different qualities and skills with them. Those are named as follows.

Templar is a melee character with some magical powers holding. It has a holy power with itself, and Templar uses it with a hammer with a thick shield of the hammer. He uses this power to defeat the ongoing attacks.

Wizard is a magical character, as you can see obviously on his name. It is a magical ranged character. Wizard is using a spellbinding ring, and this ring is using for performing strong attacks.

Berserker also a melee character, and he is physical. He has a great ax with him, and he uses this ax to wield a greater attack towards the enemy. And also, Berserker is holding a cursed power to defeat enemies utterly.

Archer is known to be a physical ranged character. He uses the exact shot and the right movements to hit on the right spot of the enemy.

Assassin, also known as a physical melee character, goes deep into the enemy lines. He destroys a pattern of attacks in seconds.

You can play A3: Still Alive on your PC with all the good features with much more added qualities by the world's best Android emulator  LDPlayer.

Netmarble, known as a giant in South Korean mobile games, has discussed presenting this A3: Still Alive for Google and Apple stores in mid of January 2020. This game is already available for the pre-registrations. Those in a pre-register will get many items for the gameplay when it's launch. 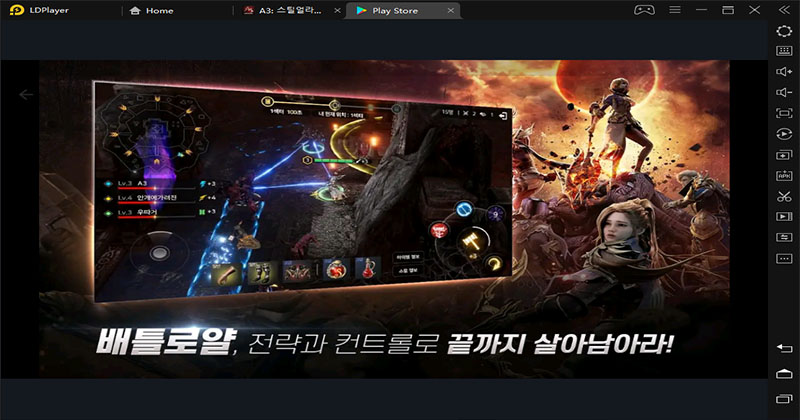 A3: Still Alive official website offers an event of character name reservation to the first 10,000 players. These 10,000 fist players will be able to receive an A3 Radienne Vanguard Coupon for the game.

This coupon will be worth $100, and it will help you get a lot more items in the parts of the game. So players. Hurry up and register your user name on Netmarbles official A3: Still Alive web site and get some exciting offers.

The first 10,000 players to engage in character name reservation gets &100 worthy items in the game included with the following items.

The offers depending on the milestones on pre-registration by Netmarbles are as follows.

After this game is released onto beta testing, A3: Still Alive has gained many positive reviews. It has so much hype and popularity so far.

This game will surely change the mobile MMORPGs conditions for sure; the game itself has many unique qualities and standards within it to make it a great innovation.

When will A3: Still Alive Global version release?

First A3: Still Alive was in a pre-registration mode for both Google play store and Apple Store. It was rumored to release in late 2020. But now this has been confirmed to release on November 10th of 2020.

You will require a minimum system requirement of a 3GB ram device on the Google play store for this game, and it will need an Android OS of 6 or higher to operate. The game itself will be released on both Android and iOS devices, respectively. The game will be free to play on app purchases.

Luckily for all players, Netmarble has announced that this game only requires a 2GM RAM o play the game with full qualities. In South Korea, it requires 3GB RAM.

But in the global release, Netmarble has changed this condition. So many players can enjoy the game with so much comfort with great optimizations.

As A3: Still Alive beta testing receives so much positivity, we hope that this new south Korean mobile game will be a true shock for all the RPG lovers. So far as we have seen, all of the characters and the battling strategies are in good condition.

As Netmarble announced, this 3D masterpiece should be a one that changes all of the minds. So let's make our hopes until this masterpiece release.

Perfect World VNG: Wisely Choose your Class as a Beginner A3: Still Alive – Top 3 Classes you should Pick