The League of Legends Wild Rift has some exciting content coming the way that will keep you at the edge of your seats! They have a ton of runes, champions, and other things to offer. Below, we have complete Patch Notes that will be able to illustrate any changes and more. These will undoubtedly amp up your gaming spree too. So let's check them out now!

Surf's up! Patch 2.3a is here, and it is featuring a number of balance changes for champions, items, Summoner Spells, and more. So dive into the festivities and make a splash at the Pool Party event!

Join our resident Runeterrans as they make a splash at the Pool Party! Festivities include balance changes for champions, items, and more. Dive into Patch 2.3a!

You are able to purchase these from many sources. Please check the game page now and see what matches you! 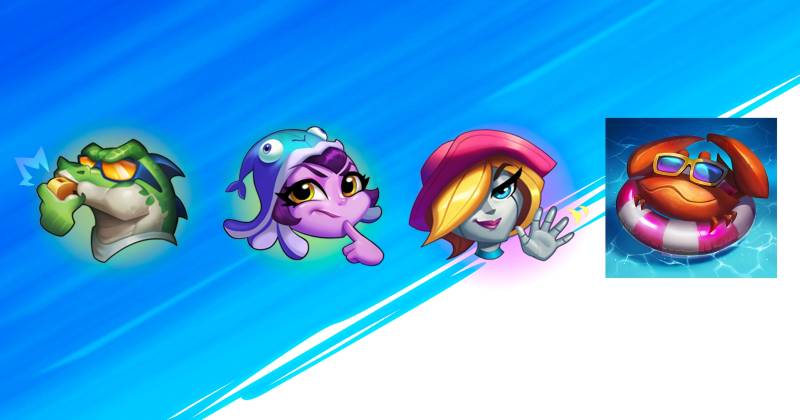 The release of all accessories will take place via this patch!

The following are the events you will see throughout Patch Notes 2.3A! 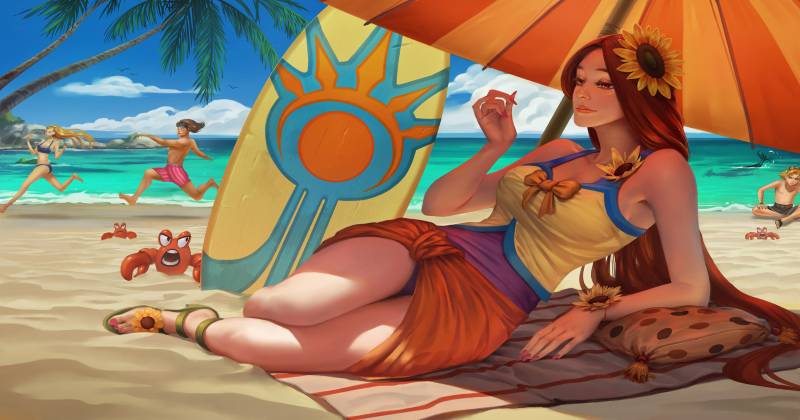 Time to grab some goggles: it’s time to make a splash!

The following are the changes you will see throughout Patch Notes 2.3A!

Ahri was charming her foes towards their demise too effortlessly. We're making her work harder to secure her victims by making the nine-tailed fox a bit more vulnerable.

Evelynn is homewrecking high-skilled play too ferociously when using her ultimate to steal objectives. Her focus should be on hunting champions, not monsters, so we’re adjusting where the execute damage applies.

Janna has been performing too well when maxing Zephyr first. Therefore, we are winding down its power so that it doesn't blow away her other skills.

Katarina's win rate has climbed to a point where we think it's no longer healthy given her reset and multi-kill play style. As a result, we give her a general power down and rework how her ultimate interacts with Phase Rush as it was utterly nullifying counterplay.

Leona was still feeling under the weather, so we're giving her a minor buff to help brighten her days in the lane. This should help Radiant Dawn reach her full potential.

Wukong is still struggling to maintain his presence outside the jungle. So we're increasing his ability to stay healthy in hopes that the Monkey King will be able to reign his lane rightfully.

Xin Zhao has been underperforming since his rework to match PC. So we're buffing the Seneschal of Demacia to help him regain his former glory, and we'll be keeping a close eye on his progress.

Following are the gameplay changes you will see throughout Patch Notes 2.3A!

The fiery power of Bami’s Cinder and Sunfire Aegis is making tank junglers, and tanky lane builds far too hot to handle, so we are dowsing its damage against non-champions.

Winter’s Approach has been getting the cold shoulder, so we are increasing the rate it stacks mana to have it come online a bit quicker.

Within this Patch Note, let’s explore some Summoner Spells now:

Ignite is at an awkward cast range which makes it less desirable for longer-ranged champions. Therefore, we are increasing its scope a bit to make it a more feasible choice.

We’re increasing mana regen to help level the playing field between resourceless junglers and mana-hungry junglers. This change is significant, so we’ll be keeping a close eye on this.

We're re-balancing outer tower gold distribution to be focused on local gold rather than global gold. Players should be rewarded more often for outperforming their opponents in the lane, not for their teammates' performance across the map.

Players ignored some camps since the time it took to do them didn't outweigh the roaming benefits. So we're making adjustments to these camps to make it less of a trap to spend time clearing them.