In Teamfight Tactics, you’ll draft, deploy, and upgrade from a revolving roster of League of Legends champions in a round-based battle for survival. Devastate with demons, bruise with brawlers, or transform the battle with shapeshifters—the strategy is all up to you.

BATTLE IT OUT
Outplay and outlast your opponents by building an elite squad of League of Legends champions ready to fight on your behalf. Random drafts and in-game events ensure no two matches ever play out exactly the same.

PICK UP AND GO
Play with your friends (and crush your enemies) on mobile.
View More 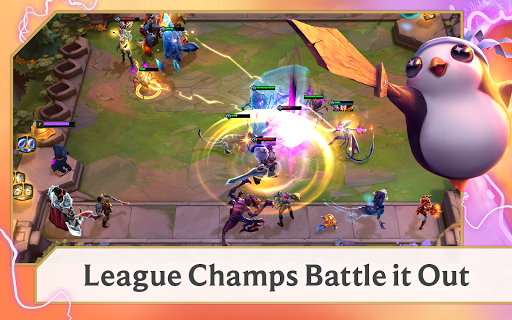 How to Download and Play Teamfight Tactics: League of Legends Strategy Game on PC