How To Get Your Town Hall To The Next Level Quickly In Clash Of Clans? 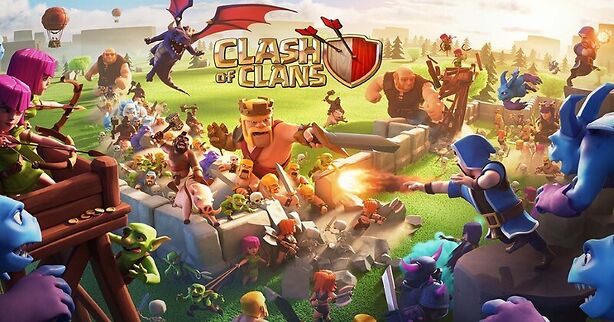 Clash Of Clans is an online single-player strategy game developed and published by Supercell. Clash of Clans was released around nine years ago, in 2012. The game is entitled Editors' Choice. Furthermore, the game has more than 500 million downloads and an outstanding rating of 4.5-Star.

Despite the fact, this is such an old game; players still love to play it. Moreover, the game-play is based upon your strategy. The whole experience revolves around the way you make decisions. Moving forward in the game, you have to build your clan, work on your attack, defense, resources and army. Furthermore, we will be discussing how to level up your Town Hall quickly.

What is Town Hall?

Town Hall is the Heart of your Village, which can be upgraded to 13 different levels, Town Hall 13 being the highest. Upgrading this building unlocks more defense, buildings, traps, and much more. Town Hall is considered as the most important building of your whole village. 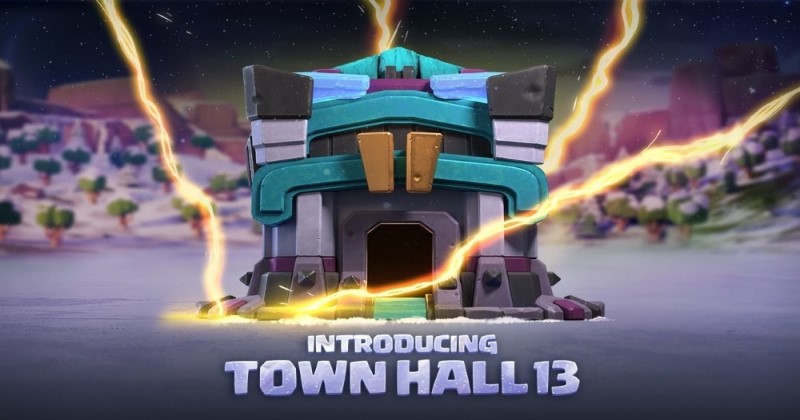 Furthermore, while you are raiding on other players' villages, you receive stars for a successful raid. You receive 1-3 stars depending on how much of the village you destroyed. In addition to it, you do not receive 3-stars unless you have destroyed their Town Hall. This clearly shows the importance held by the Town Hall.

Moreover, in Town Hall 13, you unlock each and everything. All the defense, buildings, everything that needs to be unlocked. Hence we advise you to save your Town Hall by making walls against it and setting traps near the Town Hall.

How to Earn In-game Currency?

Clash of clans has four kinds of in-game currency. All of them are used to purchase various stuff on the game. Let us discuss these currencies, their uses, and how to earn them:

Coins are one of the game's elementary currency, which is used to buy various defense items, buildings, and storage of other currencies. If you want to be good in Clash Of Clans, having a sufficient amount of coins is one condition. Coins can be earned through various ways, such as the gold mines, attacking other villages. Besides, you have to store these coins, for which you have to build and upgrade the god storage. Furthermore, upgrading the Town Hall also increases the gold storage capacity.

Elixir is another elementary currency of Clash Of Clans, which used to buy buildings, army camps, gold storage, and troops. Like gold storage, a good player must have a sufficient amount of Elixir. Furthermore, Elixir can be earned through the Elixir collectors and raid attacks on other players. Also, Elixir can be stored in the Elixir storage. Upgrading them provides you with more amount of storage. Besides, Town Hall also stores some fraction of the Elixir into it. 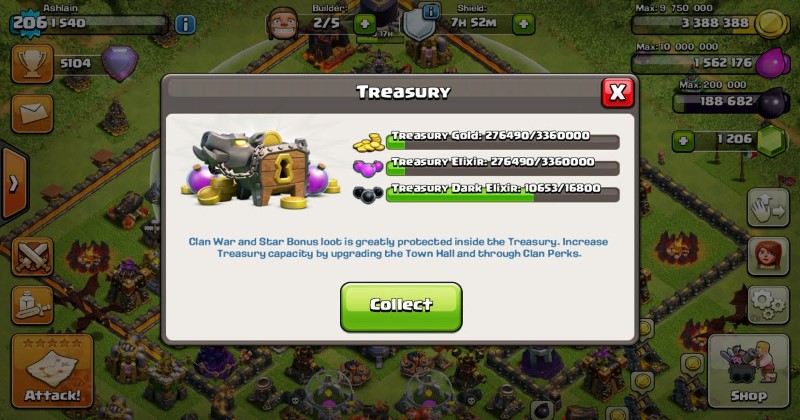 Dark Elixir is the same as Elixir but is more rare and hard to get. Dark Elixir unlocks after you have upgraded Town Hall to level 9. Like Coins and Elixir, Dark Elixir can be obtained through Dark Elixir collectors and raids. They are stored in the Dark Elixir storage and Town Hall. Furthermore, Dark Elixir is used to purchase special things, which will be extremely helpful for you.

Gems are the special currency of Clash Of Clans used to buy building huts and other game currencies. It is very hard to earn gems in the game; the only way to earn them is by completing specific tasks. Completing tasks provide you with prizes, which are gems. Furthermore, clearing up the land might get you some gems, but it is a gamble to play.

These are all the currencies that are available in Clash Of Clans. You will need each of them at some point in the game. Gems being the rarest and hardest to earn, we suggest you not spend gems to speed up the building and upgrading processes. Being a bit patient will help you have more gems to use at the point of emergency.

As discussed before, Town Hall is the heart of your village, holding the strongest position among all the buildings. Buying new stuff or upgrading your old things relates directly to the Town Hall. You are only allowed to upgrade your stuff to a limited level at a certain level of Town Hall. Similarly, all the locked items are correlated to the level of Town Hall. For instance, you want to buy a Giga Inferno (used for defense purposes,) it is only possible if you are at Town Hall level 13. Hence, you are bound to upgrade your Town Hall, but when is the right time to upgrade it to the next level? 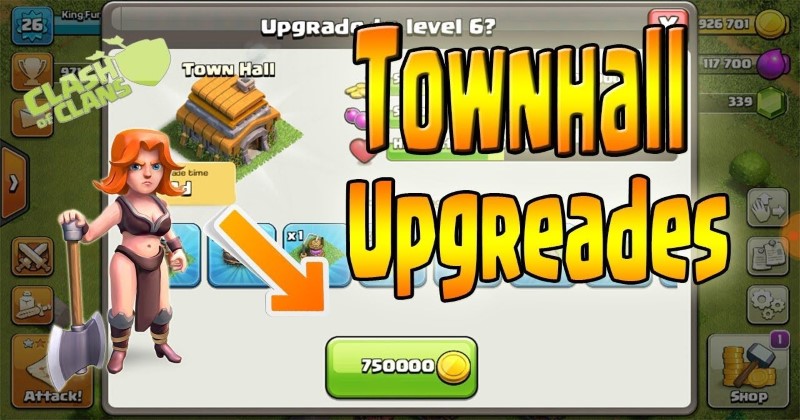 We are all excited to upgrade our Town Hall to the next level. Who doesn't want to move ahead in the game? The fact is, upgrading your Town Hall shifts you to a higher tier than before. If you have not upgraded your stuff to the maximum level allowed with your current Hall level, you will be in huge trouble.

The attacks/raids on your village will be from tougher and stronger players who have their stuff fully upgraded. On the other hand, you will have a weak defense resulting in their successful raids. Moreover, the best time to upgrade your Town Hall is once you have upgraded everything to the max.

To conclude, saying that Clash Of Clans is an easy game would be wrong. The game requires special attention and strategy skills, making you able to defend your village from every attack and making successful attacks.

You have to keep in mind that you have to save the gems, and you should not upgrade the Town Hall before time. Once you have upgraded everything else, now is the time that you upgrade your Town Hall, or else you will regret it. As the Town Hall upgrade requires a lot of cash, you can use your saved gems to buy the excess amount and upgrade it.

How to Instantly Get Better at Cookie Run: Kingdom