The 1998 classic SaGa Frontier is being remastered for all mobile devices! The cult classic game has added a completely new playable character with different goals and endings for each character. Square Enix has also announced a release date for the game for all supported platforms. We’re going to be talking about SaGa Frontier's Release Date, Gameplay Details, and everything you need to know about how you can pre-register the game on any supported platform. 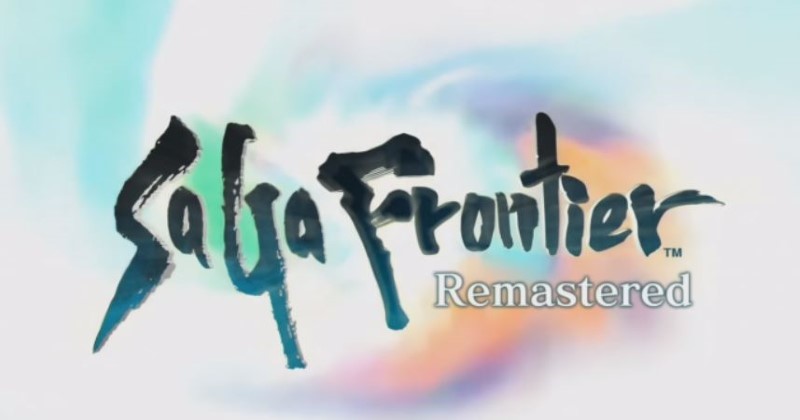 The game is primarily based on its proprietary Free Scenario System. Using this system, you can play as any of the seven protagonists or characters present in the game. However, the newly remastered version of the game has also added another character that takes 8. All of these characters are present in the same solar system known as The Region.

Each particular Region has its own culture, people, technology, and level of magic. The game is extremely nonlinear in fashion, which means that you can interact with anyone and go anywhere you want to. With ships traveling between regions, you can easily go to another planet. 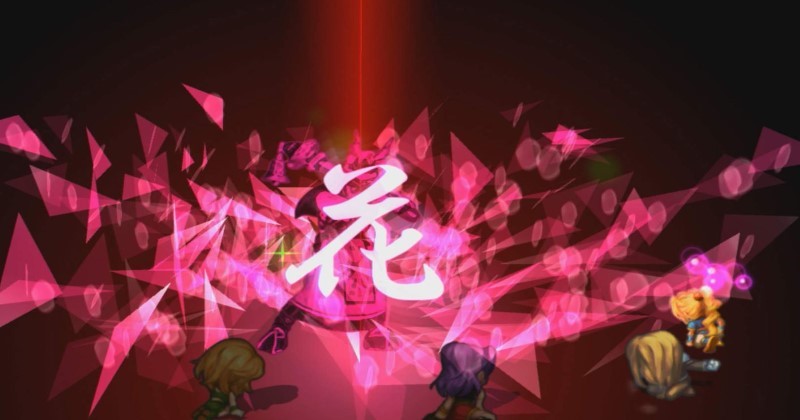 You, as a character, are allowed to talk to an absolute plethora of different characters, with all protagonists having a completely different story. You can also complete other optional quests in the game, which present you with rewards. Some of the missions also put you into paths to meet the other protagonists in the game, even though you won't be controlling them at that particular instant.

You will be met with an ever-changing story as the game can completely alter its course depending on what is said to a particular character, meaning that there are numerous different endings possible.

Combat in the game is completely turn-based. You can choose a particular action while the enemy does the same and then watch your decisions play out in real-time. With various spells, items, and weapons to use, the possibilities are endless when it comes to PvE combats. You can also create combo attacks with other party members you recruit along the way to create even more powerful attacks that can decimate the enemy. The game has an extremely intricate combat system for an RPG. The remastered version aims to fix some of the original issues, which should help take the game to the next level in terms of balance finesse.

If you are looking for the gameplay trailer of SaGa Frontier Remastered, here it is:

What's Different in the Remastered version?

Remastered versions usually work on what’s found in the previous game and try to improve some of the fatal flaws found in the previous iterations of the game. However, unlike remakes, they try to be as close to the original as possible. While also not ruining any of its charms. For SaGa Ronteir Remastered, the developers have focused a lot on cleaning up the game's graphics as much as possible.

The new library mode also lets you listen to background music while also letting you view the gallery and the entire credits. The auto-equipment option also lets you determine what particular weapon type can be selected. 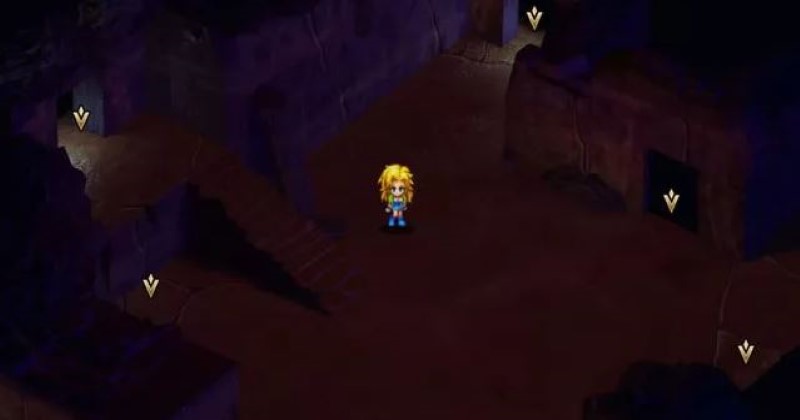 While the original game would have not let you sell or discard items for no reason, the remaster lets you finally discord all your items if you so please.

Since the RPG is based on the PS1, graphics of that time usually were extremely blurry. The game now has pristine HD graphics. Moreover, most of the critical bugs found in the game at a particular point have since then been patched and worked on to ensure a smooth gaming experience. Lastly, as a bonus, Square Fenix has added a playable character, Fuse, to the mix who you can enjoy as soon as you get the game or pre-register for it.

You can activate additional content that lets you escape from battles as well. However, do note that escaping from battle will not add to the total battle amount in tally. The new scenario chart will also show the current object and how far you’ve gone through the quest. 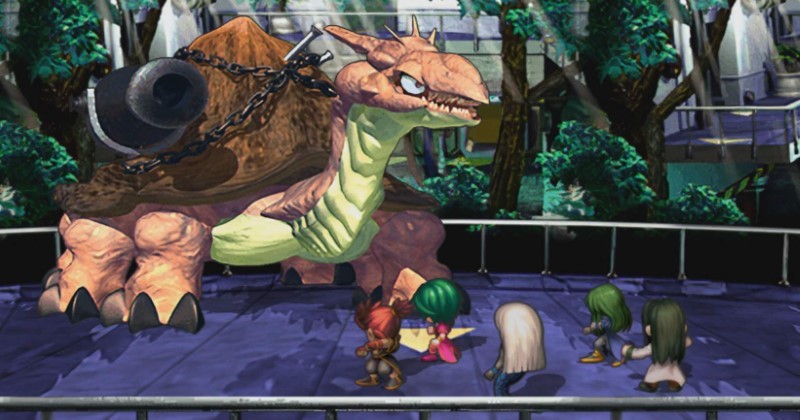 Like any other story-based single-player RPG, you won’t expect a lot of monetization in the game. So, a free-to-play player can easily clear and end the game. The developers tend to incentivize you to play the remaining protagonists once you complete the story on one by offering unique rewards that are only accessible if you complete a certain amount of stories. You can also show map pointers when accessing areas. Moreover, you can also increase the Map or Battle speeds by 2x to 3x.

Even if you are unfamiliar with RPGs in general, the title is quite beginner-friendly and should feel much more pleasing to play due to its new stunning HD resolution. The developers have also hinted that you might be finding new content and goodies here and there if you look close enough.

Moreover, new events that were planned originally by the game’s developers are also being added. These include the new Asellus’ route. If you wish to play the new missions, you can select the ‘Activate Additional Content’ option before you start a new game to get them. 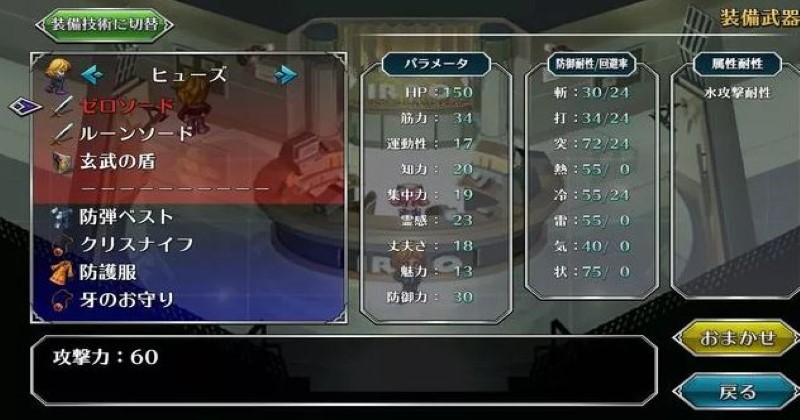 You can start a new playthrough of the game and also carry over items, techniques, and other information from your old saved data by helping improve repeatability.

The game will be available on Android, Nintendo Switch, consoles like the PS4 and PC, using LDPlayer. The game will have a global release date which means that the game will be unlocked on all platforms simultaneously on the 15th of April. However, you can pre-register for the game early so you get access to the game before anyone else can by following the steps mentioned below.

The pre-registration phase of this game is global, which means you should be able to do it from any place regardless of your particular Region. However, pre-registrations are currently only available on Android and not on any other platform. Thankfully, LDPlayer allows you to pre-register the game using your PC as well, while mobile users will have to wait. If you do not have LDPlayer installed already, you can do so here.

Do note that the Emulator will be providing you with exclusive features such as key remapping once the game is released. So, you will be having the same experience as you would on the stand-alone version of the game as well. 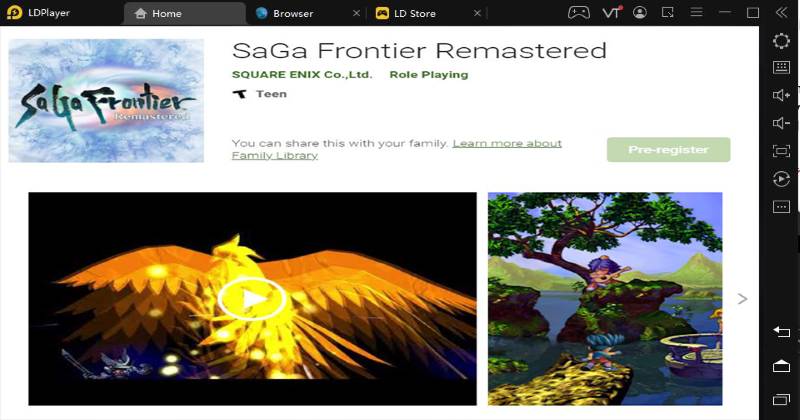 Pre-Registering for the game is quite easy and won’t take a lot of time. Here are all the steps you need to follow:

After you’ve pre-registered, you’ll be able to be notified once the game comes out and will be able to play it instantly on LDPlayer.

SaGa Frontier Remastered is Square Enix’s latest release from their collection of old games. The game certainly has its charm with its unique ending-based gameplay. If you are a fan of the RPG game on the PS1, you’ll be pleasantly surprised with the master. However, even if you aren’t, the game serves as an amazing introduction to the genre.

Arknights How to Reroll? The best Reroll Guide For Arknights 2021