Ragnarok X: Next Generation is a newly released android game available for all players around the world. The game itself brings a lot to the table when it comes to the MMORPG genre. You will see a lot of renewed stuff from different games and some new signature stuff. In this guide, we will explain everything about Equipment. So, without further ado, let's get started.

The usefulness of your equipment is the most prominent part of building up your character in Ragnarok X Next Generation (ROX).  In almost every MMORPG mobile game at present, there is plenty of equipment that you can pick. The new players do not have to hustle for equipment because the equipment has been spontaneously specified for the type of classes. 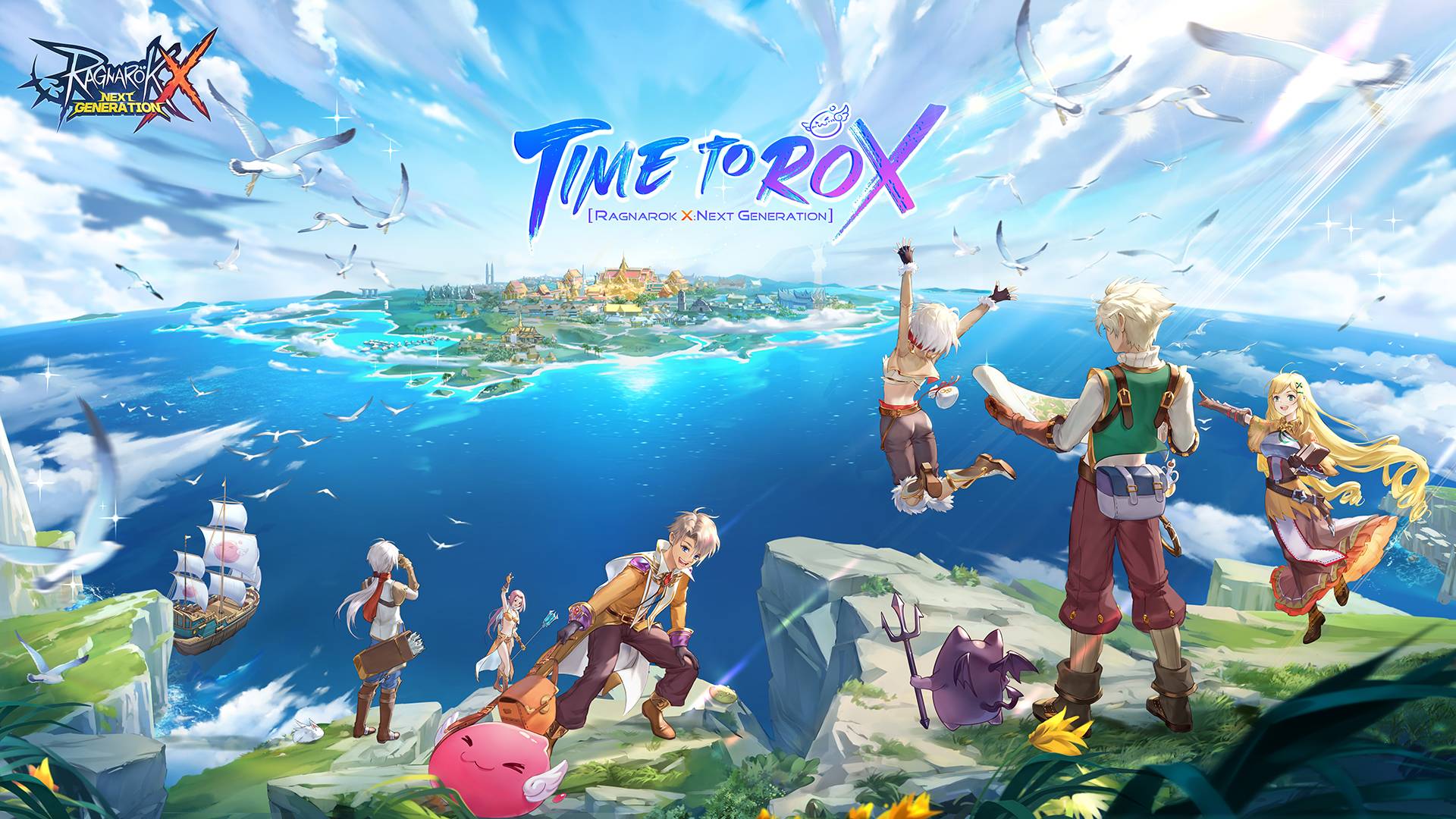 However, on each type of equipment, new players and even sometimes older ones need some information like its purpose or the significance of its color and how to improve it in all ways.

The different types of equipment:

In Ragnarok X Next Generation (ROX), four types of equipment are differentiated by their body color. You can obtain them by Gacha, MVP dungeon, NPC store, crafting, and hunting.

Instance Equipment (White) is the sort of equipment that grows its tier level (Tier I, II, III, IV, and V) along with the base stats without affecting the appearance of the equipment. When the tier is enhanced, the performance of the equipment grows, which permits gamers to adventure in Ragnarok X Next Generation (ROX) without making the use of equipment of higher ranking.

The Crafted Equipment (Blue) can be crafted using materials when you progress it into an upgraded type of equipment. Its present level is increased by ten when its appearance is changed. You can acquire crafted equipment by crafting its first level 30 in Prontera Square from NPC named Valde (Weapon Craftsman) and Polly (Armor Craftsman).

To craft it, you would need rare and stone materials. By making the use of life skills, the rocks can be smelt.  From a reward in MVP Dungeon, you can obtain rare materials. Furthermore, you can also get this at Prontera Square from the Gacha.

Armor, Cloak, Clothes, and Shoes is a set that Valkyrie Equipment (Purple) includes. Like the instance equipment, no level is required to own it to increase the tier to II. At Prontera Square, you can trade it from the NPC Hervor (Valkyrie Exchange & Upgrade).

However, numerous Valkyrie Coin is required to get it. You can acquire Valkyrie coin by taking part in MVP Dungeons (Sewer Vault and many more). Every match, you obtain one to two Valkyrie coins. From Gacha, this is the only equipment that you cannot get.

In the wild, you need to hunt Mini bosses and MVP to get MVP/Mini equipment. Based on loot chances, characters kill set, and levels, your probability of getting this equipment increases. You are given MVP/Mini coins or MVP/Mini when hunting for these bosses.

You need numerous amount of MVP Coins to use on Gacha to get the equipment. However, there is a hundred percent chance that you might be able to get one. Furthermore, from Auction bid wars or trade through diamonds, you can also bring equipment. 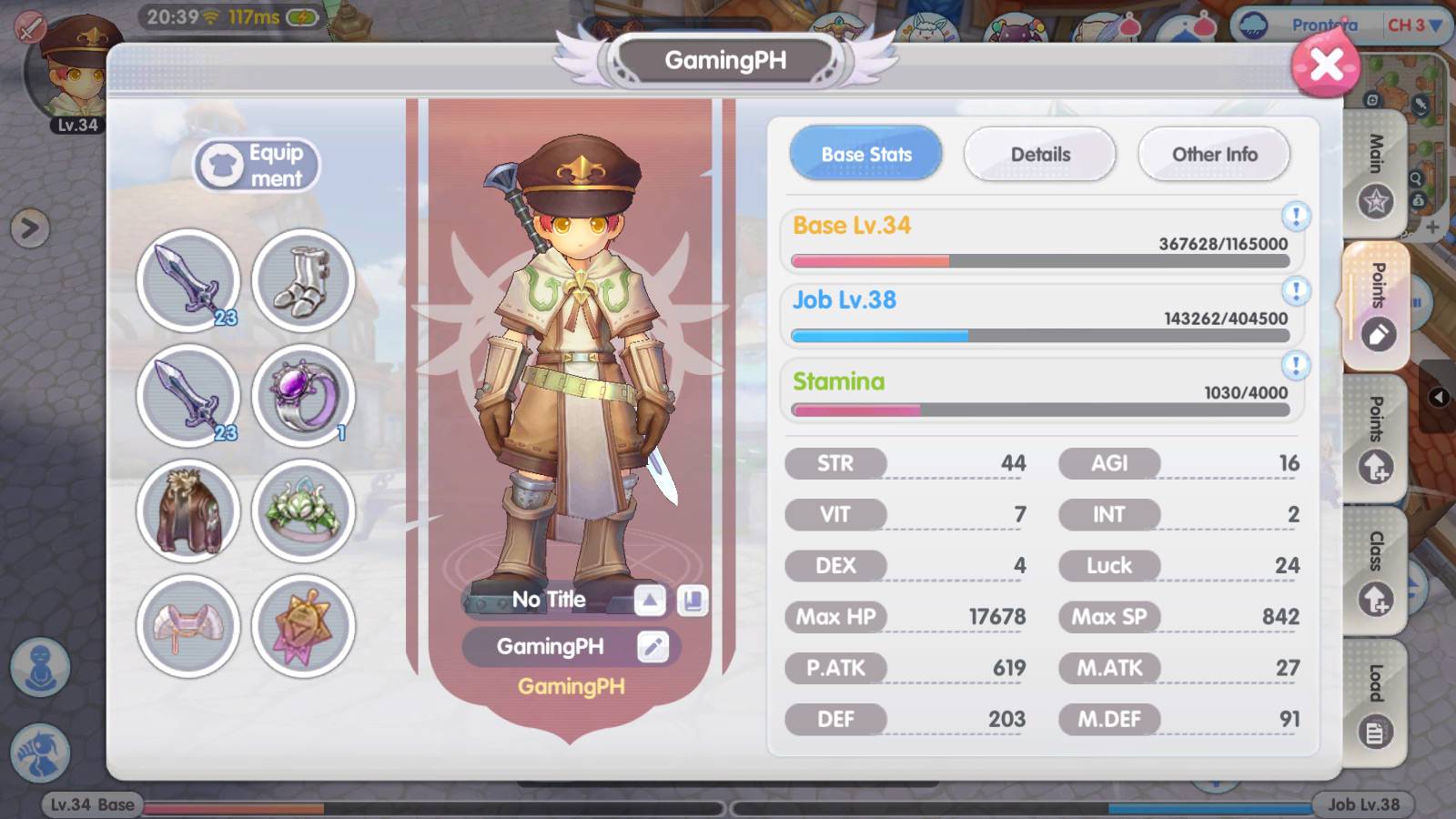 Upgrading the equipment that enhances its base stats relies upon the type of equipment.

Apart from the base stats, you can improve additional stats by upgrading your equipment. At Prontera Square, communicate to the NPC Hollgrehenn to upgrade equipment.

Skill Life’ smelting materials for upgrading are listed below:

The chances will decrease as you level your weapon up. The present level will be deduced by one if you fail.

In Ragnarok X Next Generation (ROX), you can refine your equipment in any prime cities at the Magic Furnace NPC. It will eventually increase its stats.  Smelting items such as Elunium for armors, Oridecon for weapons, and Bradium for accessories need a Life Skill to refine it.

For smelting, the notable materials that are needed are listed below:

As you start to level up your equipment, your refining chances begin to decrease, but that will only happen when you reach level 9-12 refinement. Bardium, Blessed Oridecon, and Elunium are the items that can be added for refining, which permits you to safeguard your equipment from failing.

Haphazardly getting enchantment stats from a cat NPC at any essential cities will improve the equipment stats. For example, you would need a Life skill’ smelting item like Enchantment Stone at the Prontera for the lowest enchantment you can enchant through the NPC Lil’ Kitty.

The materials and the enchantment stone that are needed for enchantment are listed below:

As you continue playing the game, you will get a piece of new equipment, and moving your boosted points from the previous equipment to the new equipment is very significant. Otherwise, you would have to begin from zero again. Moreover, there is an exception. The kind of equipment class should be similar. So, for example, there will be no problem in moving a two-handed sword.

As you adventure in Ragnarok X Next Generation (ROX), you would get a card. By going to your bag, you can easily embed your card into your equipment. Press the Embed button when you select the card. Then embed the card in the equipment that you have chosen.

Taking out Card from Equipment: If you want to recycle the card and have thought of not using the equipment embed into it. At the Prontera, by going into the NPC Brock Sledgehammer, you can get rid of it certainly by asking for card separation. Now to get rid of the card from the equipment, you need some Crystals.

You would probably need to remove the equipment that is not used by recycling them, and in trade, you will obtain coins for gacha. At the Prontera equivalently, NPC from Brock Sledgehammer questioned Equipment Dismantling.

You will be able to dismantle all of the equipment you need. In return, the coins you will get will be summed up by themselves. Without giving upon any crystals, you can remove unused items and also redeem the card.

Ragnarok X: Next generation is an MMORPG game, which means there will be a lot of grinding for experience, equipment, and other stuff. All of this can be a piece of cake with LDPlayer's features. For example, macro, which allows you to record your instances and repeat them with a single tab or smart keymapping, which makes landing a combo much easier as compared to android phones. You can also download and play Ragnarok X: Next Generation on PC for free. Learning a new game is hard even though if you know the genre very well. With our equipment guide, all of it will become much easier for you, and you will be able to focus on your gameplay more to become one of the best players in Ragnarok X: Next Generation. To help you out further, we have other guides on Ragnarok X: Next Generation; for example, Beginner's Guide, Best Classes Guide, Leveling Guide, and much more.

Octopath Traveler Jobs Guide - How to Have a Perfect Combination

Alice Fiction EXP Guide – How to Earn Your EXP Fast?