In this guide, we will go through how LDPlayer can help you set up and play Punishing Gray Raven on PC, what the Fake Ascension Update has to offer to its players, how you can best take advantage of the new game modes this update brings and whether or not you should roll for the new S Rank Construct Luna:Laurel LDPlayer - The Convenient Way to Play

LDPlayer - The Convenient Way to Play

Punishing Gray Raven is a very action based game that requires a lot of button inputs from the players. As such, many people are not used to playing such games on mobile. To remedy this, playing Punishing Gray Raven on PC is a great idea. Utilizing LDPlayer's keyboard mapping function , players can easily play the game simply by pushing keyboard buttons, allowing for fast and precise gameplay that is not possible on mobile

Held from to, The Fake Ascension is one of Punishing Gray Raven’s on schedule updates and one of the most important updates for Punishing Gray Raven in general. This time around, The Fake Ascension update brings with it the 12th Chapter of the Main Story with brand new mechanics, lore and a whole lot of fighting. In addition, it offers an amazing shop with a free special skin and many new gameplay mechanics.

Unlike the system employed by other main story chapters before it, Chapter 12 of the main story offers a brand new exploration mechanics built into its story. In order to advance in the main story, you need to spend daily refreshes AP to clear exploration zones with every zone costing 1 AP each to clear.

In each zone, you will have a choice of 3 cards to choose to advance and based on the cards you choose, you will have to face a battle, be able to heal your constructs or receive various buffs.

Advance through all the zones in order to complete the main story chapter and receive rewards such as upgrading materials and Black Cards (the premium gacha currency in the game). Going alongside the main story chapter release is the release of the main event of the patch - Abyss of X. This event is divided into 5 phases with 2 farming stages - 1 for event currencies and 1 for Memories. Like other events before this, these stages act as a way for players to spend their Serums (Staminas in the game) in order to hoard event currencies and spend them in the shop. 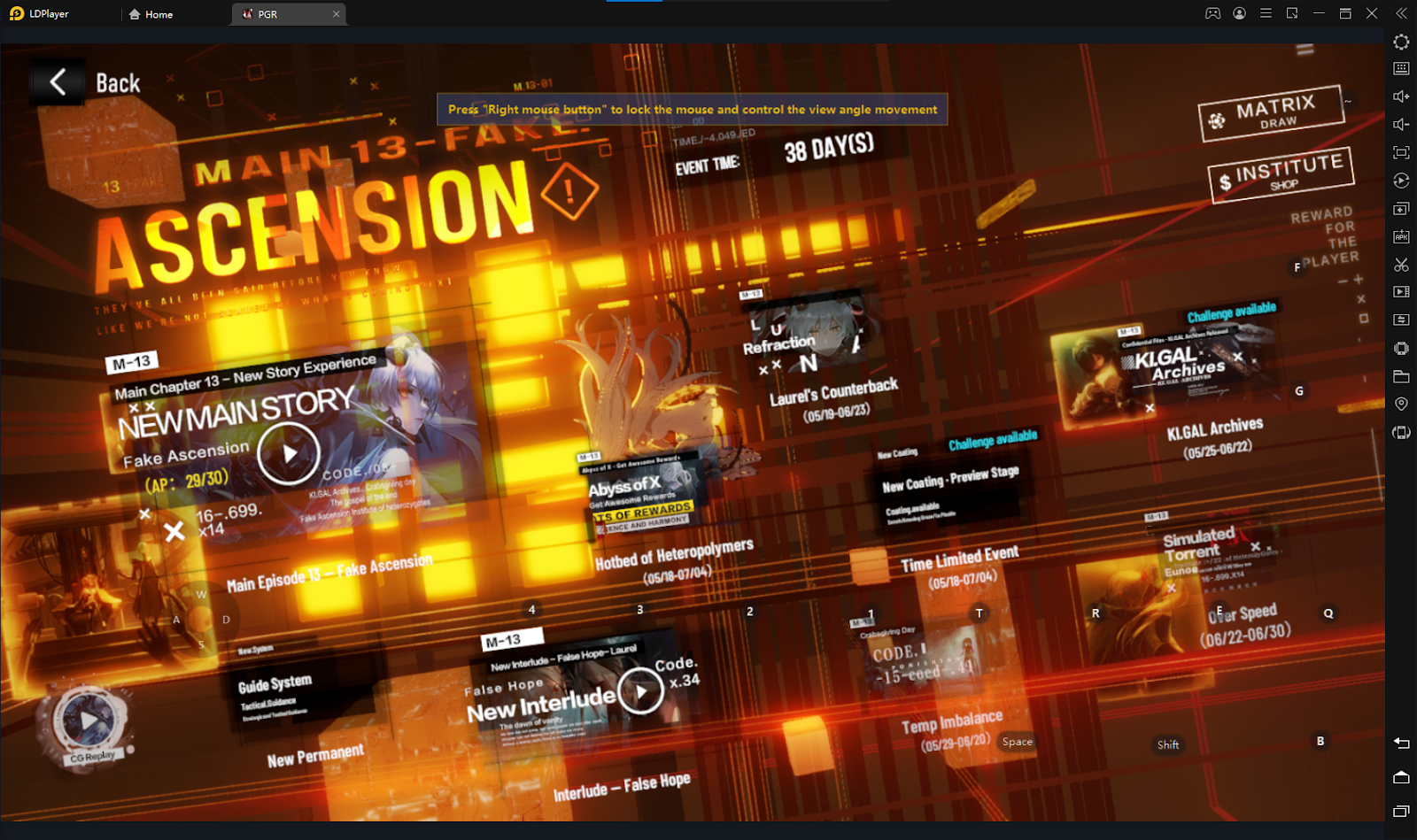 It is highly recommended to spend your daily Serums on farming the 1st event stages which gives mainly event currencies. This will help you be able to clear out the shop and get what you want to upgrade your Constructs.

Unlike other events before, this time, Punishing Gray Raven’s Event Shop offers a brand new set of Memories, fitting for the new Gacha Construct Luna:Laurel. 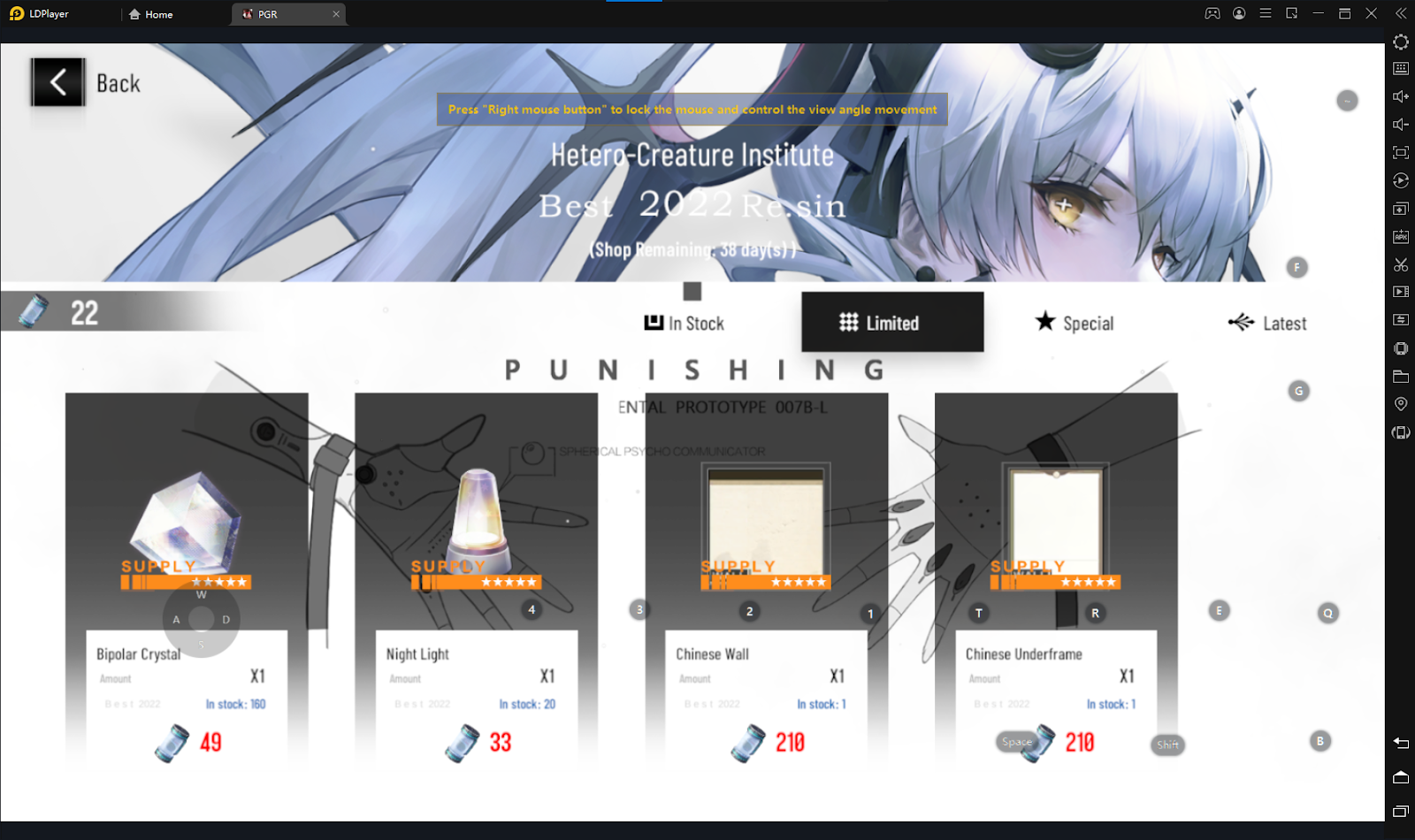 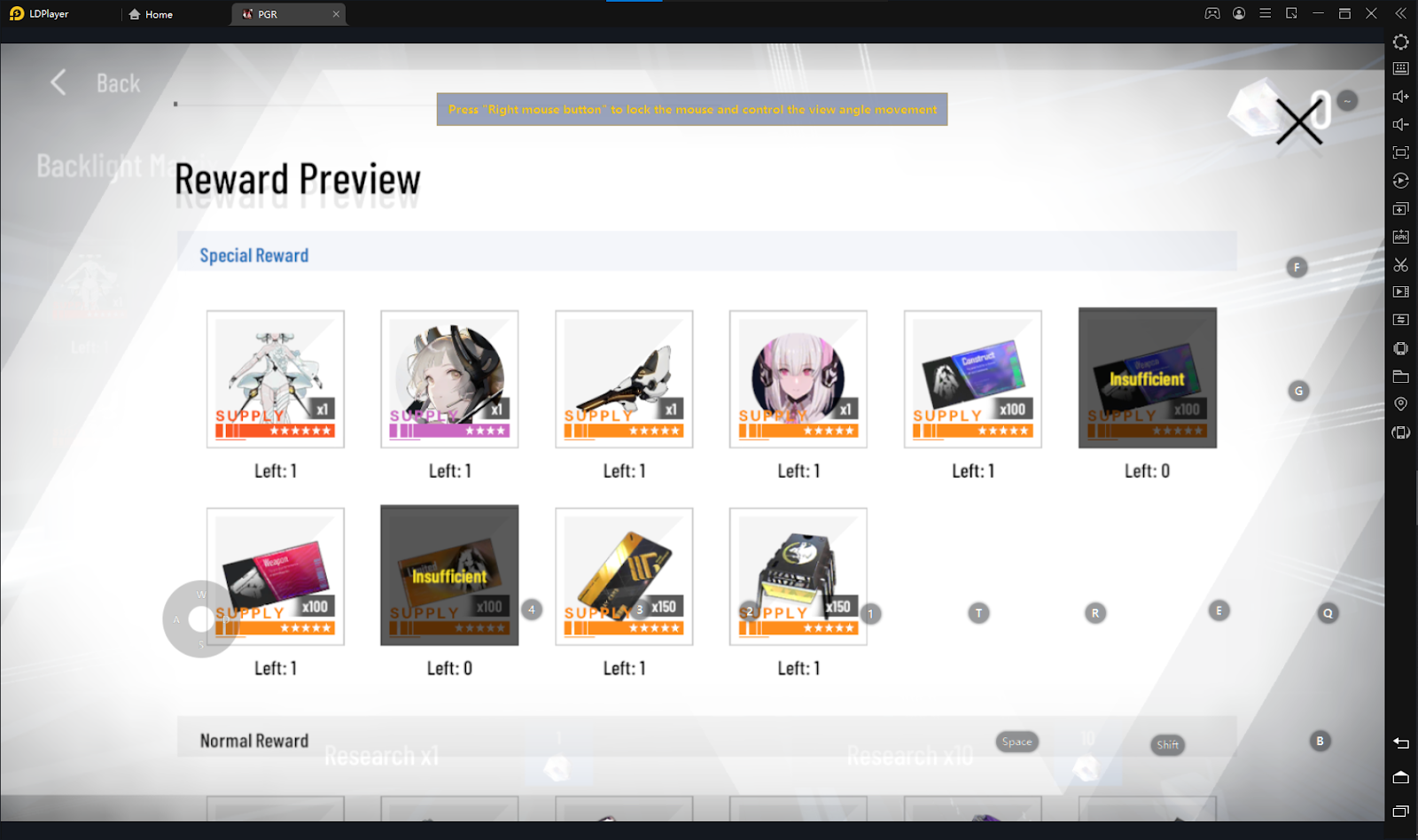 For the items in the shop, you should focus on getting the Special Gacha Currencies and Character upgrade materials - this will help you advance quickly in the game and farm even faster.

Refraction - A Play Test of The New Construct

If you have looked at the new Gacha Construct Luna:Laurel and ever thought that you want to try her out then you are in luck. For the first time ever, Punishing Gray Raven is now offering special stages you can play to try out brand new constructs that are being released. 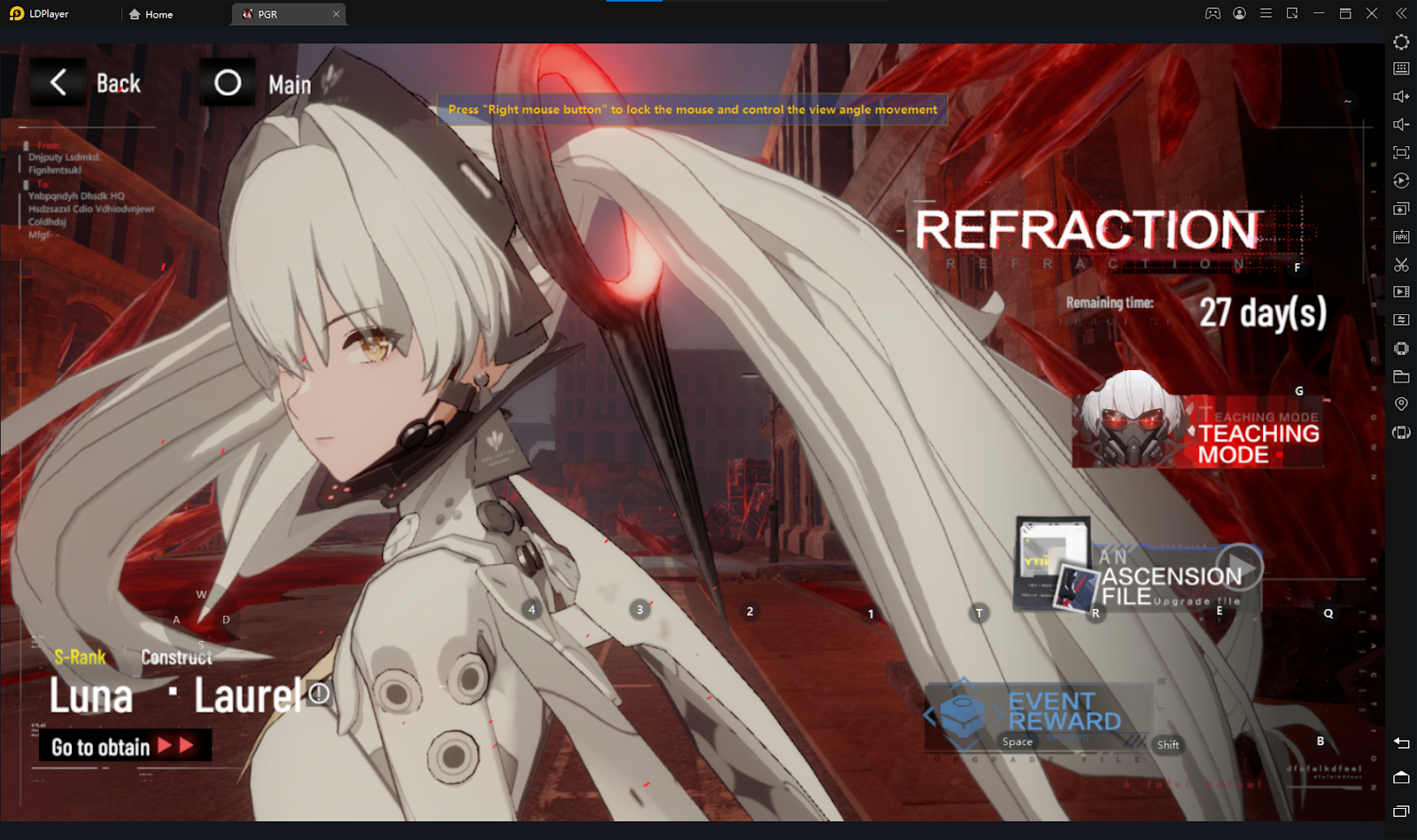 For Luna: Laurel, to test her, you can enter the Event Exclusive tab Refraction and experience a tutorial on how you should play Luna:Laurel and learn how to help her deal the most amount of damage.

Now we have come to the star of this special update, the specially rated up 6* S Rank Gacha Construct herself: Luna:Laurel. The coming of Luna:Laurel to Punishing Gray Raven marks a shift in the game’s meta and how future Constructs’ battle capability will be fine-tuned and adjusted to fit in with this new meta. 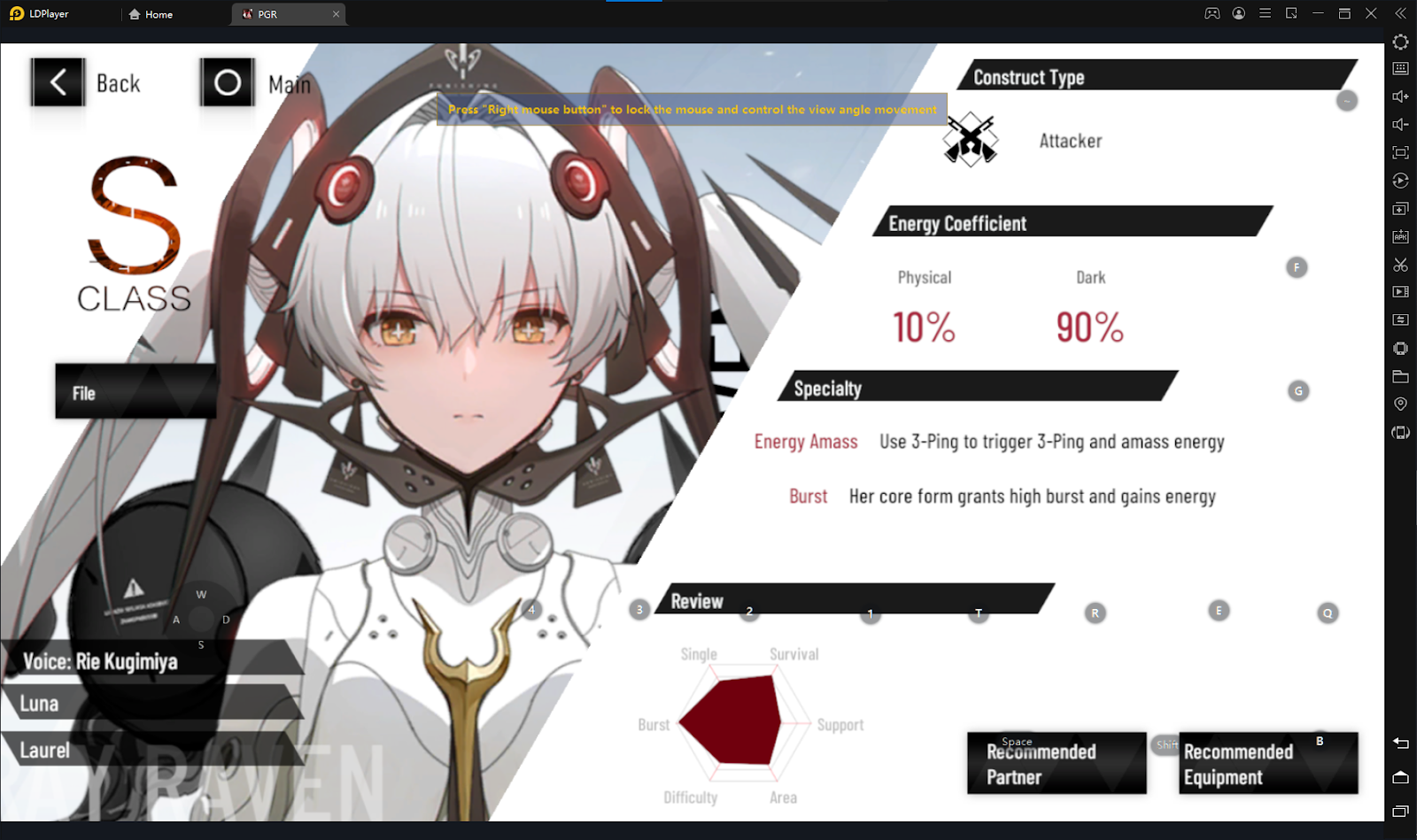 Coming to Punishing Gray Raven in the role of a Dark Element Attacker, Luna:Laurel goes beyond her DPS role and offers the game’s Dark element many utilities aside from dealing pure damage.

Luna’s entire skill kit allows her to deal massive amounts of damage while gradually corrodes the enemies in a wide area. In addition, her skills also allow her to grant herself the Super Armor effect, allowing her to survive longer to dish out even more damage. 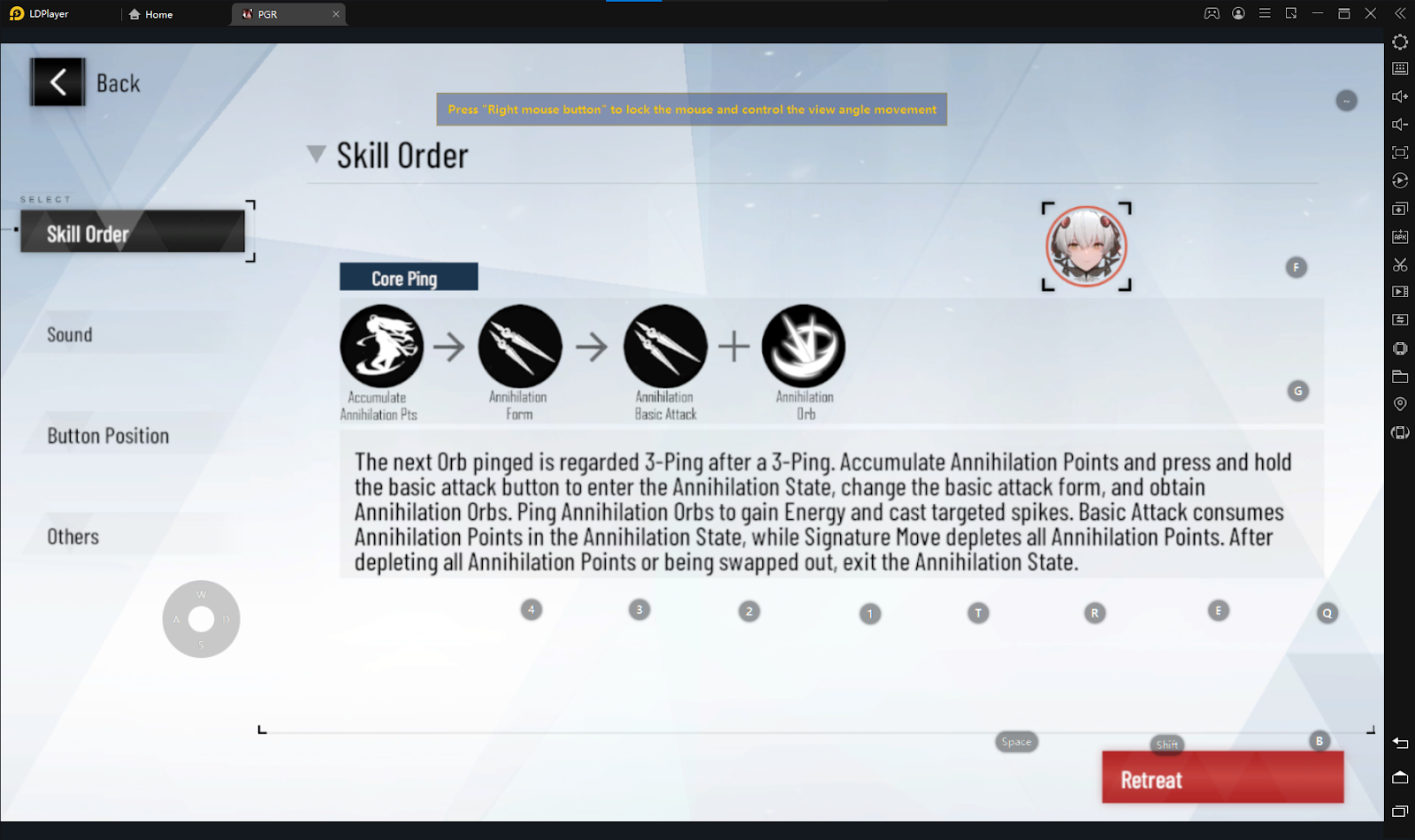 Luna’s Core Passive allows her to fill up a special gauge with every 3-Pings she does. Once this bar is filled up to a certain point, holding down the basic attack button will allow Luna to enter Annihilation Mode, dealing special Annihilation Orbs damage to all enemies around her and dealing massive Dark Damage for every Orbs she consumes.

This special Core Passive, along with her Ultimate skill, which deals a massive 2800% Dark damage to all enemies ahead of her, allows her to essentially spam her powerful Annihilation Mode power and deals ridiculous amounts of damage, fitting for a meta-changing DPS Character. 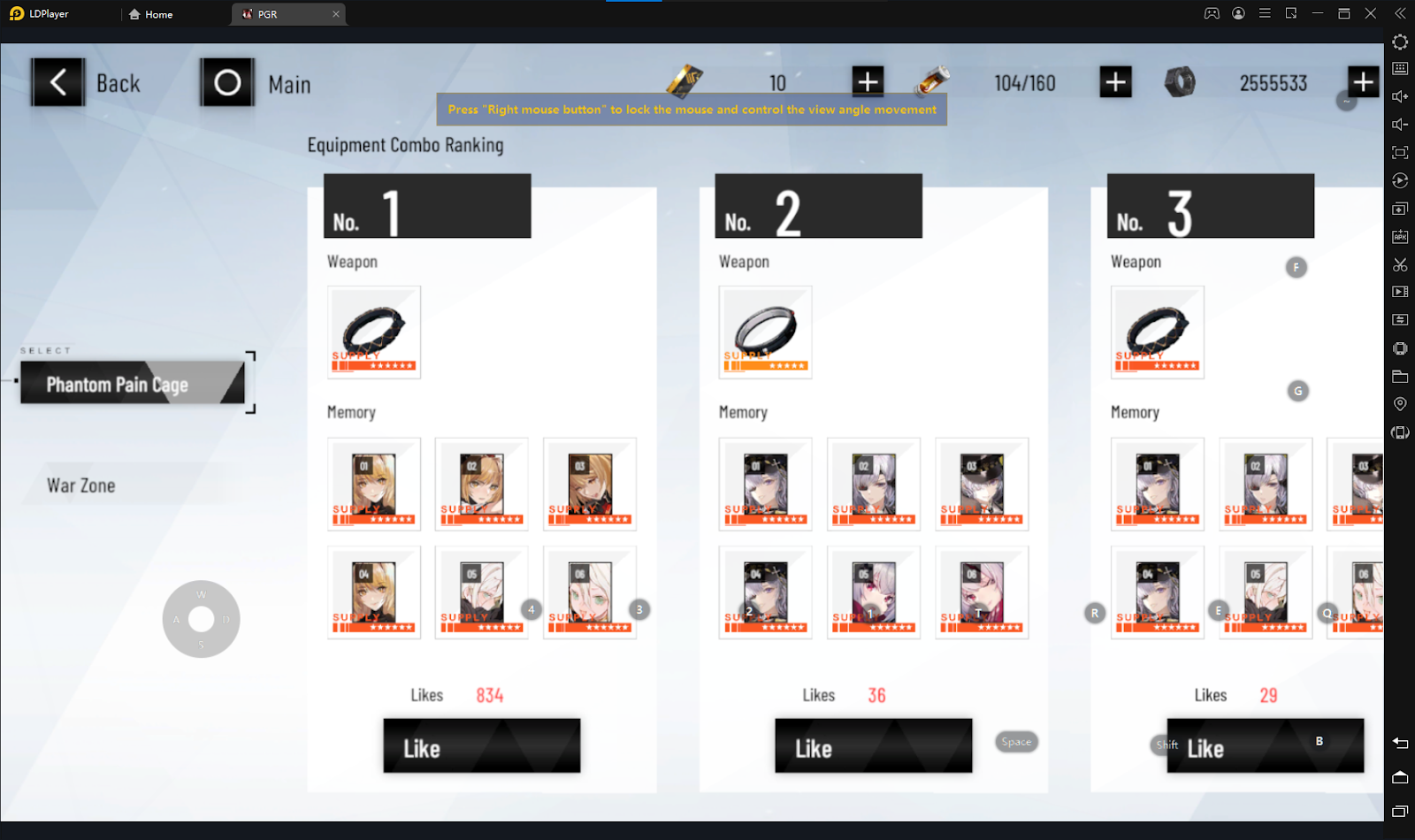 For equipments, focus on giving her the signature 5* or 6* weapon and the special Event Memories that can be exchanged in the shop. These Equipment will ensure that your Luna will annihilate anyone that stands in her path.

Yes, you absolutely should. Currently in the game, Luna is only 1 of the 2 Dark DPS Characters available to players, the other being Dark Watanabe who is an A Rank. Luna has the upper advantage of being an S Rank Construct, meaning she will have more stats than A Rank Constructs and thus will deal more damage.

As previously stated, Luna offers a big DPS jump and shifts the game’s meta into a new more Dps focused meta, therefore, it is all the more reason that you should pull for her to experience how powerful she can be. 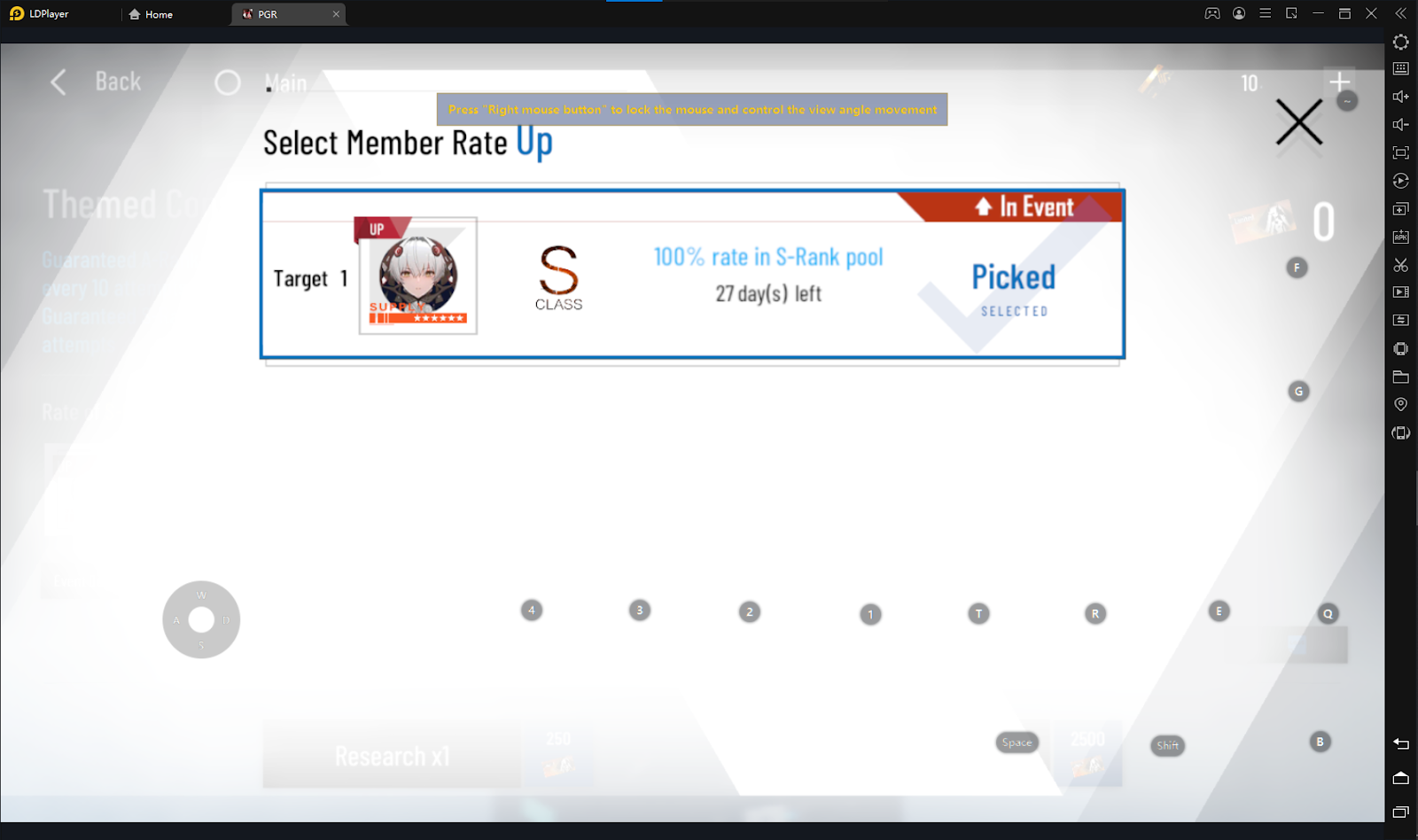 In addition, veteran Punishing Gray Raven players would know that during the Constructs Initial Releases, their banner will have a 100% chance of being the S Rank Rate Up Character. Meaning, right at this time while the event is still available, if you pull an S Rank Construct, it is guaranteed to be Luna:Laurel.

So what are you waiting for? Roll for Luna:Laurel and experience for yourself first hand one of the most meta changing Constructs Punishing Gray Raven have to offer.