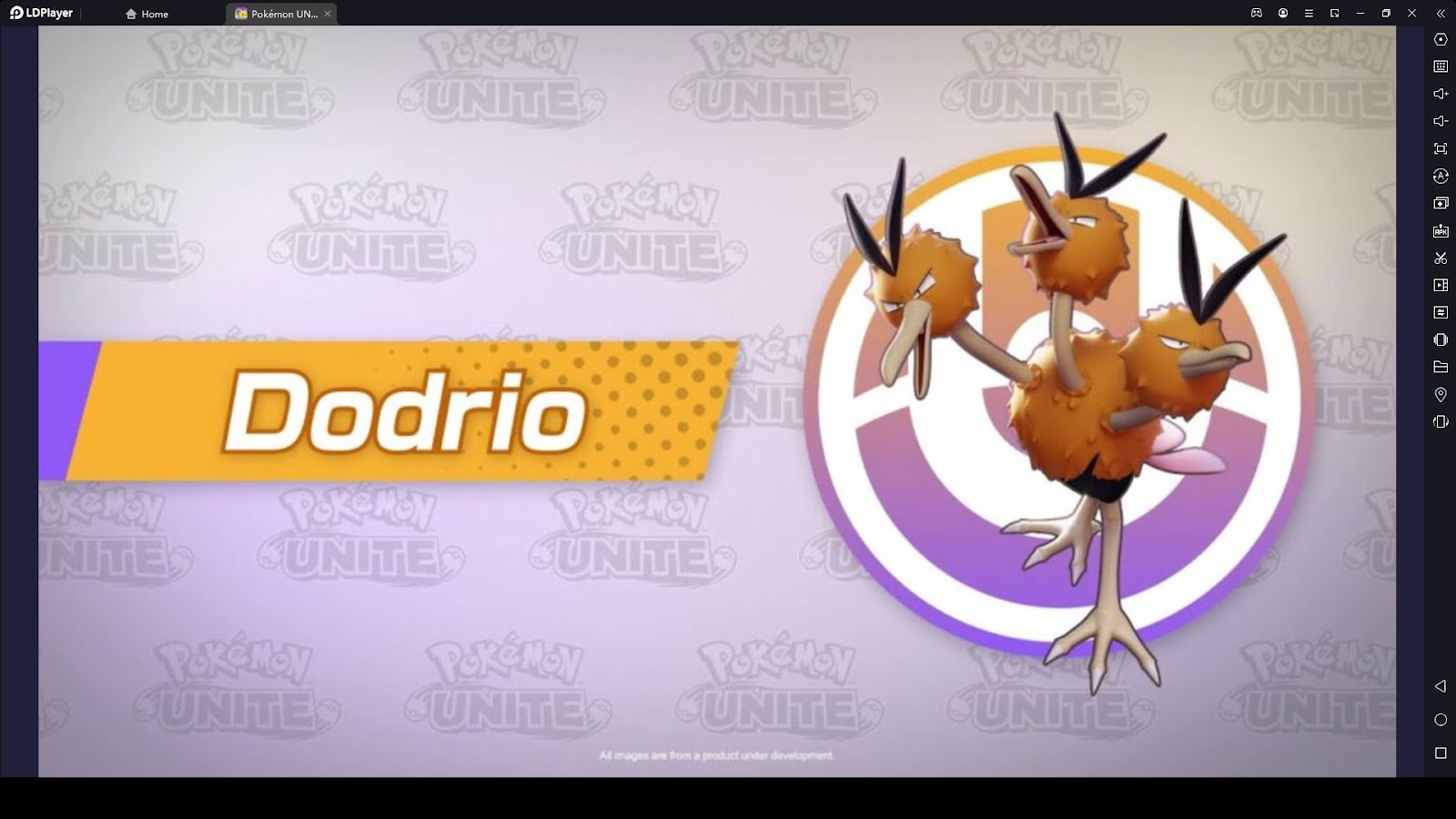 The release of the Pokémon Unite Dodrio has been officially confirmed by a Twitter post made by Pokémon Unite, and players will have to spend some gems to purchase this new unit. Unlike the other characters from the roster, he is not going to be available for Aeos Coins, and it is only the gems. This will be the first-ever speeder that will be added to the game, and now you can see how amazing this unit will be by testing him from Pokémon Unite on PC through LDPlayer 9.

So, let’s quickly look at this new Pokémon Unite Dodrio with all the details we know about him so far, which would make you utilize him much better in your gameplay.

Dodrio will be a speedster in his role, and he is going to deal with a physical damage type. It is not going to be easier since the new unit is scored in the Expert difficulty. Dodrio is going to be a melee hero who will cost 575 gems from you. This new speedster was revealed first, along with two other units named Scizor and Mew, when the game first revealed the details about new units.

Dodrio is the 5th speedster that has been added to the roster of this game, and with three heads and an orange-colored body, he will be an amazement for the players for sure. 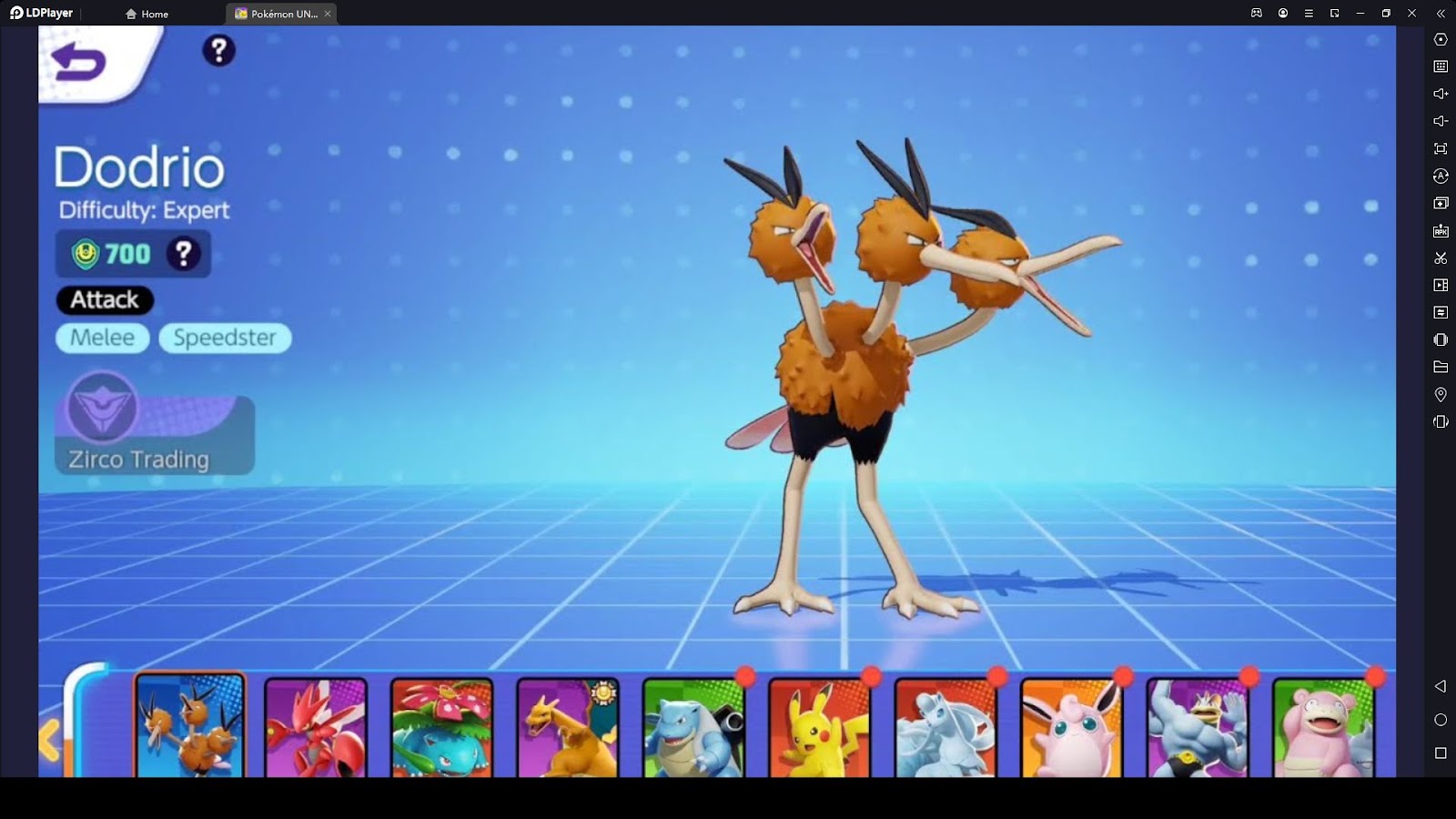 Since we all have a unique scoring method for each unit in Pokémon Unite, Dodrio will also be featured with his own method to score, and he will run to the goal zone speedily and score you three times in one phase. 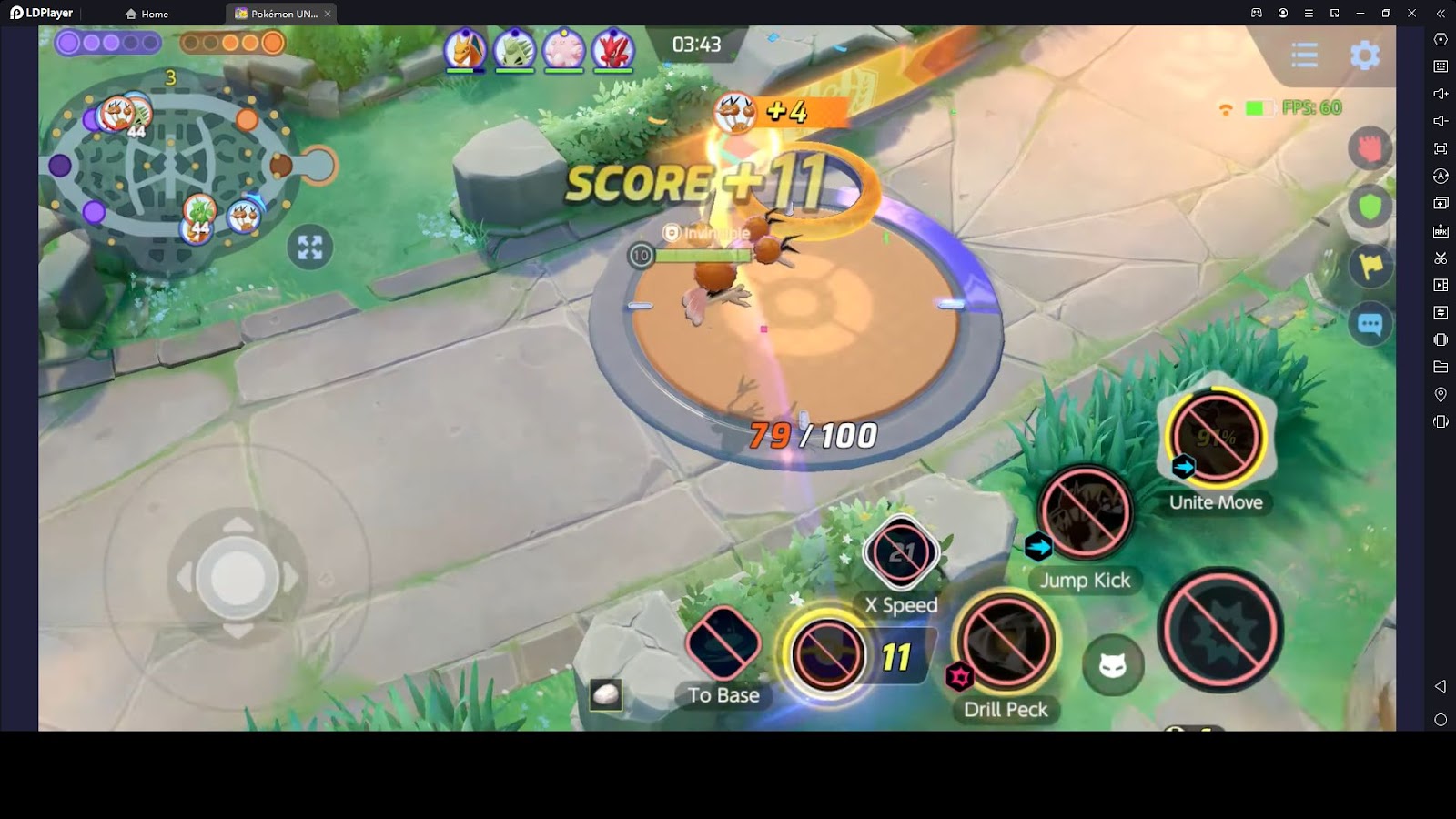 The main and official movement that the Dodrio will hold is the Jump kick, and he is going to lean forward and then kick. When there is an obstacle or meet with an enemy, Dodrio will jump over them and then hit the ground. So basically, this new unit can deal with considerable damage to the targeted area. You can use the new unit to slow down your enemies within the shortest time.

Highest Score for the Mobility

It seems like the new unit will be rich in mobility skills, and he is going to have the coolest move set to the game than other units. 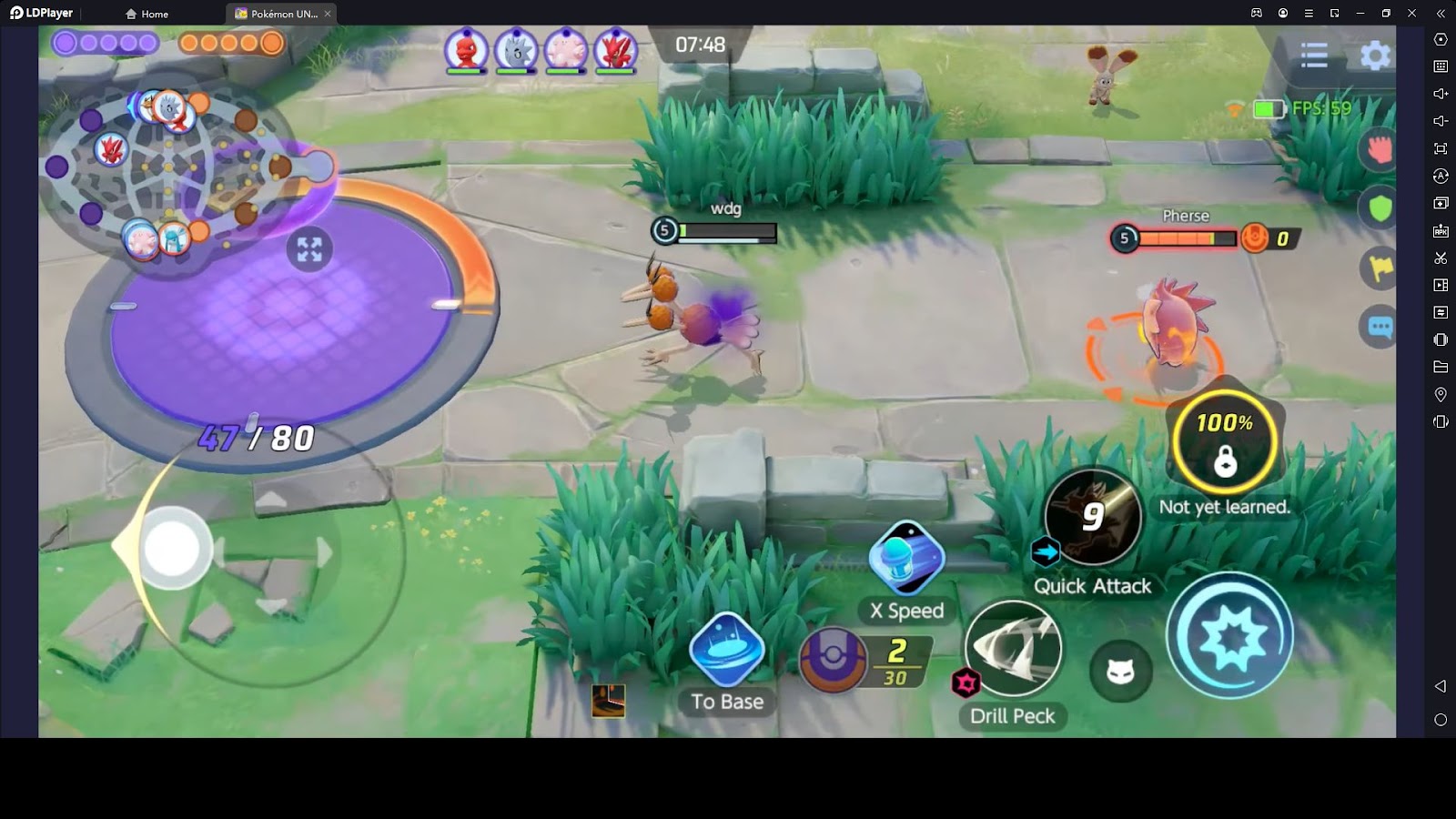 Dodrio has a passive skill with him: the Run Away. So with every move, he can recharge the sprint gauge, and when it comes to the fullest gauge, he will raise the speed of his movements.

This is going to be the unite move for the Dodrio, and he will run to the location he targets and then have an immunity to the hindrances. After that, Dodrio will deal with heavy damage to the enemies within that path to receive buffs afterward.

How to Play Pokémon Unite Dodrio?

With Dodrio, we are recommending every player to keep moving in the game since his biggest strength is based on Sprint mechanics. As we said earlier, give your all efforts to raise the speed of the movements by making the Sprint Gauge to a maximum level, and that will make you have some perfect damage movements with Dodrio. 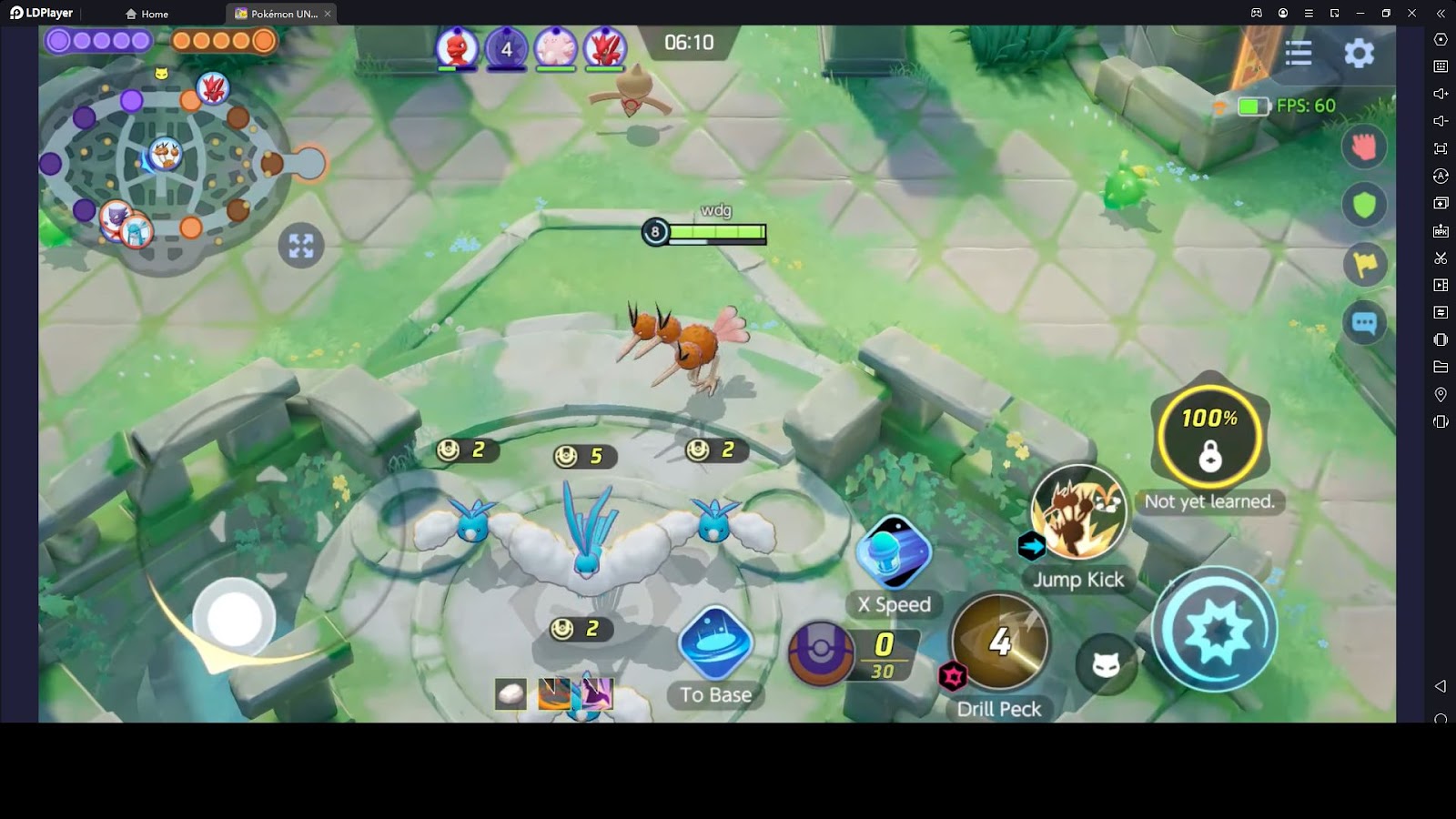 It is recommended for every player to move around the battleground all the time and then have their momentum for a maximum level without disruption. If it gets disrupted, it is going to decrease your spring gauge and make you have to remove it to gain your Sprint Gauge back. Every step that the Dodrio takes in the game will build up the sprint, and when you have a fast movement speed, it can fill up the Sprint Gauge more quickly than you expect.

And we are also recommending to have maintained momentum right after you have moved with Dodrio. There will be a sudden stop whenever Godrio has been moved, and if you want to have the best effect from the Sprint Gauge, then you should allow him to move around his target for a while. It should be done before he deploys an attack.

If you are looking for the best start with Dodrio, we can recommend the Jungle path, where you can have many EXPs.

Have the Best Movements with LDPlayer 9

For the players looking for the most significant movements and the controls with Pokémon Unite Dodrio, we recommend the best android emulator: LDPlayer 9. It has the best as well as the coolest feature in it to advance your gameplay with some better functions like Keyboard Mapping. 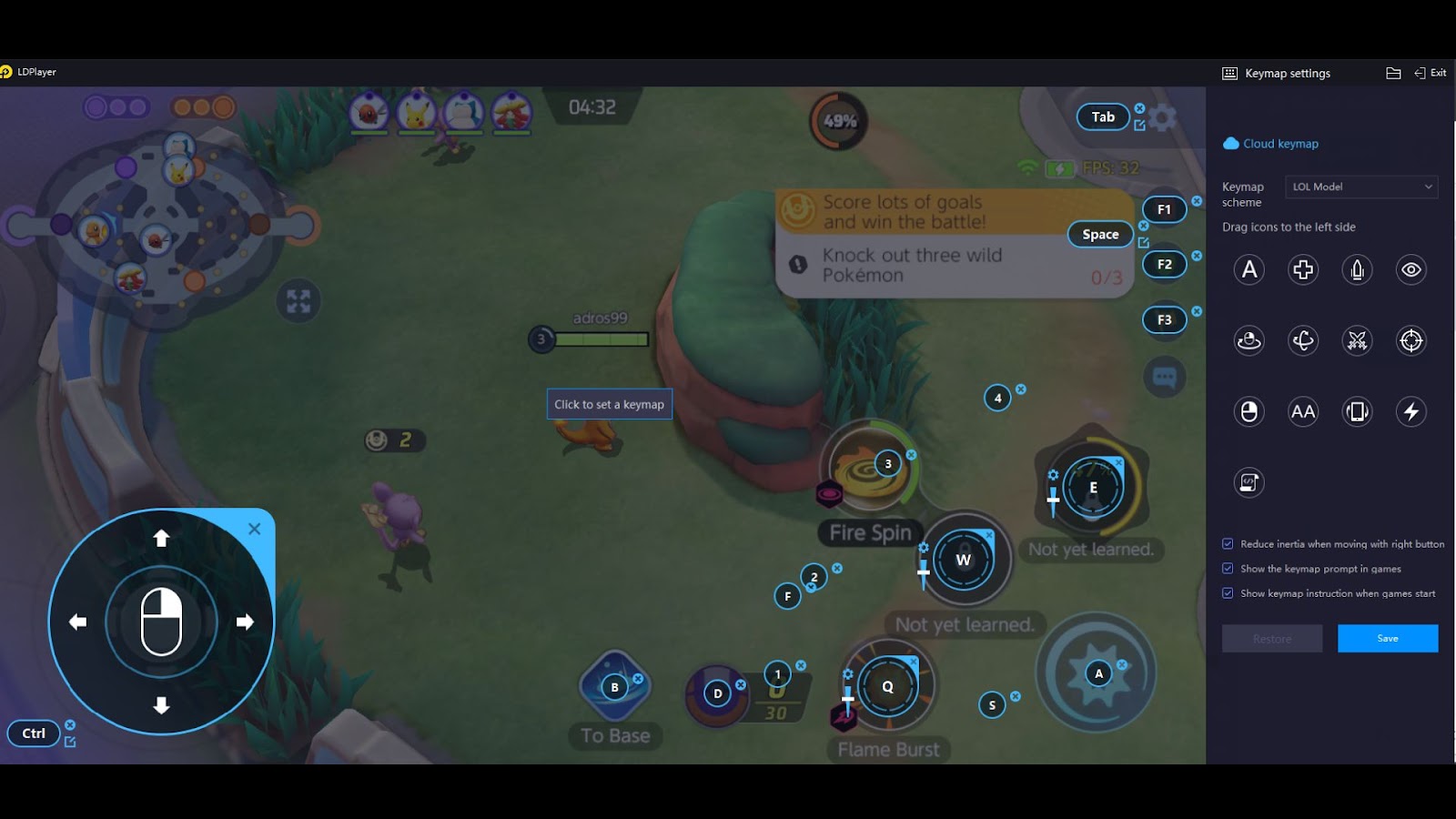 Here, you are allowed to set whatever key you feel more familiar with as the shortcuts. By default, it is going to set you with W, D, A, and S keys, while it also allows you to set with any key you want for the gameplay with Pokémon Unite Dodrio. And then you are all free to have your best performance with Dodrio.

When comparing Dodrio’s speed with others, he will be insanely good, and no other unit can compare him with his speed movements. And when it comes to scoring, you can use Dodrio to score easily in the game with a triple score mechanism.

But he is kind of a squishy unit and will be weak in the aspect of crowd control. In general, he will be a good unit because he has top-tier skills from all units in the current Pokémon Unite roster.

So that is all we have to bring about Pokémon Unite Dodrio for now. We hope you will have an absolutely amazing experience with this new unit in Pokémon Unite. He will be fast and the best as a melee damage unit and will be a fresh experience for you with the best moves. 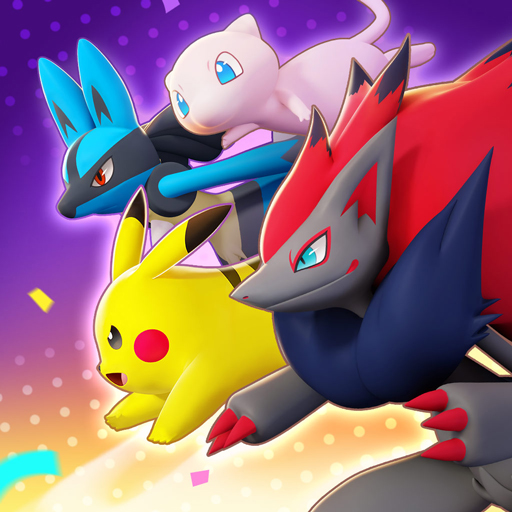