Higgs Domino Island is developed by Higgs Games and features various game modes where you can test your luck in. Like a real-life casino, the game features numerous different games that revolve around chips and win the game using your luck, intuition, and skill.

While poker is the riskiest way to play and earn chips, Dominoes or Kamara Biasa and Kamar Bet are the most consistent way for you to gradually increase your chip count without risking everything on the line.

While most of these games seem to revolve around luck, there are still a few tips you can follow to play games like Dominoes very well and decimate your opponents. However, follow these strategies with a grain of salt as they do not work every game due to the luck-based RNG mechanics.

Playing your doubles as soon as the match starts is generally a brilliant move. As the game progresses, you do not get many opportunities to play them due to conflicting numbers on either side as both of them to have equal suit values.

Getting stuck with doubles, later on, can hinder your game quite a bit. So, try to use your Doubles Early, especially in the Kamara Biasa game mode, which relies on efficient use of your tiles and getting high suit numbers quickly. Playing your heavy tiles early is a sure-fire way to get higher scores than most of your opponents. Since there is a lower probability for you to win every round, especially in earlier stages, we recommend that you set your spotted tiles quicker than most players. Even if your tiles end up being blocked, you still get quite a high score, which should help you not lose many chips by the end.

Throughout your time playing Higgs Domino Island Poker Game Online in the Kamara Biasa and Kamar Bet game mode, you might see one thing in common. Generally, enemy players do not block you very well, which ends up costing the game.

To counteract this, we recommend that as soon as you start feeling like the scoring opportunities for you in this particular game are decreasing, try to instantly start implementing as many blocking strategies as you can, especially near the end of the game.

If you keep your opponents from scoring while still having a higher score, you will end up winning most games. Try to learn some effective blocking strategies while you are it.

Keep Probabilities in Your Head When Determining Hands:

You should be quite good at card counting or Mathematical calculations, in general, to score well in Higgs Domino Island Poker Game Online. It would help if you had a clear understanding of the game's principles in math and calculating them accordingly. Knowing them will help you get a clear edge in the game, especially at the end. To take an example, there are only 55 possible double nine dominoes. In those 55, 10 are probably going to be doubled, including blanks. So, the chances of you picking a double when playing single tiles would be close to 20%. Knowing calculations like these should help you mathematically determine the odds of a person having a hand.

Remember that luck still plays a huge factor in this game. So, try to keep that into account when making your calculation. Nothing can be attested until your opponent plays.

Use your Wild Blank Card:

In Kamara Biasa and Kamar Bet, you can use dominoes as a wild card in most cases. They can be used to pick up and conjoin tiles no matter their number, even if they have other blank tiles. We recommend that you play a blank tile rather than not playing a tile at all and passing your turn.

Focus On The Early Game:

As mentioned earlier, focusing on the early game and getting points early makes the most sense. Generally, the player to score about 100-150 points in Higgs Domino Island Poker Game Online wins the match.

These matches' primary objective is to always get as many points as possible as quickly as you can. If you have many points, this puts mental pressure on the opponent while also increasing your chances of winning later on in the game.

Keep a Check on Your Opponents: In Kamara Biasa and Kamara Bet, you will be matched with much more skilled players than you, especially if you move on towards higher levels of the game. To compete with them, you need to focus on your hand as well as theirs. Taking a look at when they pass and what suits they prefer helps you identify weaknesses that you can exploit later on.

Try to always watch for suit values they are generally missing, especially when passing or playing a draw from the pile. If you keep this in your mind, it will make it much easier for you to block them and destroy their game later on, which should help you secure more chips in most cases.

Higgs Domino Island Poker Game Online has again proven to be a great simulation of an authentic casino atmosphere. With the addition of crowd favorites such as Texas Hold’em and Kamara Biasa, the game ensures that there are tons of options for everyone to enjoy.

Like most Casino based games, both of these game modes rely both on luck and skill. While winning every round is not possible, you can amplify your chances of winning and reduce your chances of losing by following the tips mentioned above. 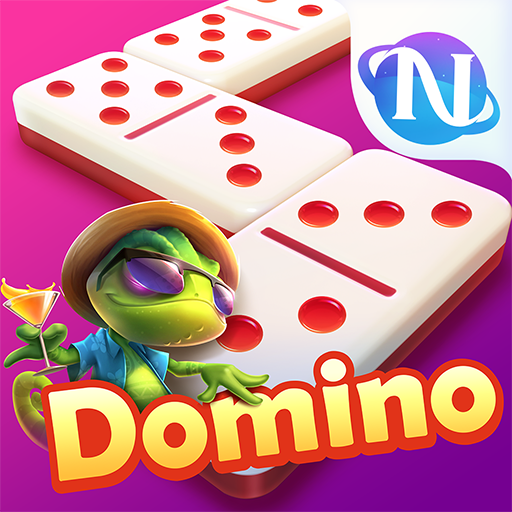