"Among Us" is a mini-game full of excitement and suspicion. There is an imposter on the spaceship. He can confuse everyone’s judgments by creating destruction and finally achieve his goal-kill everyone. The mobile version of the game is free to play, and there is also a PC version that can be purchased and downloaded on Steam. You can use an Android emulator to run this Among Us mobile game on your Windows computer and laptop. Use LDPlayer android emulator to play it for free!

The following steps will teach you how to download and play Among Us on a Windows computer or laptop. LDPlayer is the recommended Among Us PC emulator here that gives you the best gaming control and smoothest gameplay.

Step 2: Open LDPlayer and search Among Us mobile game from LD Store Step 3: Install Among Us on your LDPlayer Android emulator Step 4: Open the game and enjoy playing Among Us on PC with LDPlayer 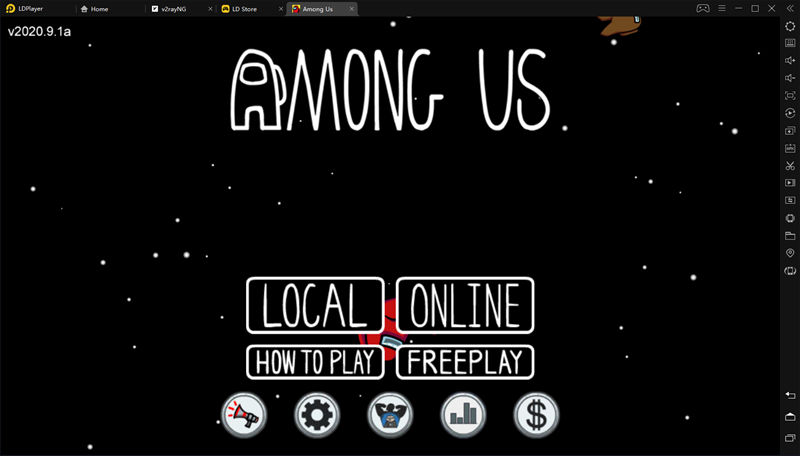 How to Use Keyboard to Control Among Us PC

By using LDPlayer Android emulator, now you can use your mouse and keyboard to operate your Among Us gameplay. After you enter the gameplay of Among Us, you can go to the toolbar and enable keyboard mapping settings. You will see a panel with several icons that command different actions. You just drag the one you need to the exact input position and assign a key for that command. 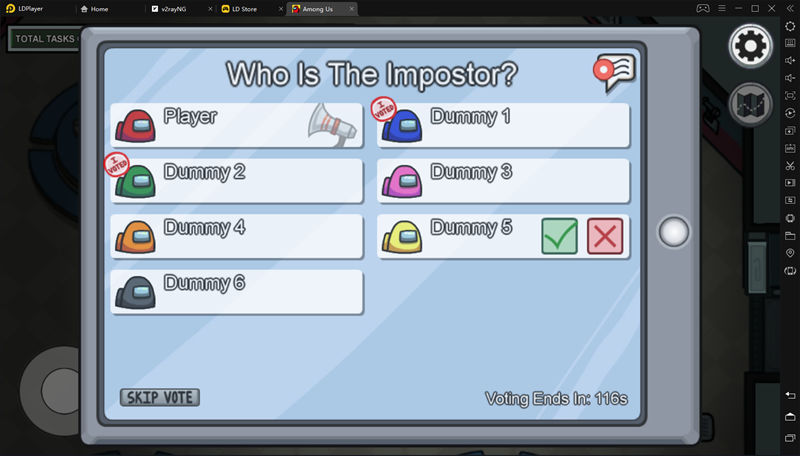 Maxing out the Performance for Among Us

If this is your first time playing Among Us on PC with an Android emulator, then you can check the following tips to optimize your gameplay performance for Among Us.

Most CPUs come with the Virtualization Technology(VT) and this technology can enable your CPU to act as if you have several independent computers. It’s designed to enable several operating systems to run at the same time on the same machine. That’s how LDPlayer Android emulator operates on your computer. By enabling VT, you can boost the performance of LDPlayer and Among Us.

Why Play Among Us on PC with LDPlayer

LDPlayer is one of the best Android emulators for playing Among Us on PC. This game can bring you the ultimate experience. Players can play with 4-10 other players online or via local WiFi. The crew can win by completing all tasks or discovering imposters and voting to leave the ship. Let's work together! Now, feel free to download LDPlayer as the Android emulator for Among Us on PC.