How To Master Economy in Mobile Legends

The economy is an integral part of Mobile Legends. You are unable to purchase any items which lead to you eventually losing the game if you do not have enough gold. This guide tells you everything you need to know about improving your Economy and how you can master it extremely quickly. If you haven’t already, you can download Mobile Legends for free using LDPlayer.

What is the Economy? Just like in any other game, the world of Mobile Legends has finite resources which you gather as Gold. You can gain gold by killing creeps, jungle creeps, or by killing heroes. In every case, you gain a finite amount of gold which you can use to purchase items that further help you either farm or kill enemies.

In essence, you spend gold to get items. These items lead you to get more gold which eventually lets you become strong enough because of your items to completely overpower the enemy. However, this is done on either side of the map. So, the economy of the game is identical on both sides.

The amount of gold a team or a player is titled as their net worth which eventually leads up to their economy. Spending your gold in a wise manner and earning it efficiently is the key to mastering the economy.

The Advantages of Mastering Economy:

Mastering the Economy is an integral part of being a good Mobile Legends player. Without it, even if you have a great mechanical skills, you won’t be able to win at all since you will be lacking in terms of items and will easily be overpowered by the enemy.

If you are great at understanding your economy and buying items accordingly, you can still come back from a match that seems lost just by sheer determination and good financial decisions. In essence, juggling your economy and being smart with your gold can make matches go much smoother and easier and can also be an absolute nightmare to close off if you make a few wrong decisions in a row.

How To Get Gold Efficiently:

This is how the majority of games go in Mobile Legends. The Mid Laner takes care of the gold in the Mid Lane and so on whereas the Jungler controls the entire Jungle while the Assassin tries his best to get kills on the Enemy Team and gain gold from that ambit.

There are particular ways for each lane and role to gain gold more efficiently. But, in hindsight, here’s how you can master your economy as every role in the game:

The Mid Laner / Bottom Laner / Top Laner: The jobs of all three of these roles are primarily the same. They are meant to farm gold from creeps that crash into their tower and to be as efficient as possible when doing so. They are not supposed to miss any last hits and should try to get a kill in the lane and avoid dying in the meantime so that they have a good economy.

The Supports: The supporting classes are primarily meant to act as aids to the laner. However, they are also important in helping set up ganks. Ganks are an important part of the game because they are a vital source of gold that should be neglected. Having a few successful ganks on your belt can significantly boost your lead in any match.

The Jungler: The Jungler has the same role as the Laner. However, the role is also tasked with taking buffs and for being the main ganking role in the game. Combined with the supports, you are supposed to cripple the enemy’s economy while making sure yours is strengthening by the second by protecting more vulnerable parts of the map and your team like the ADC. 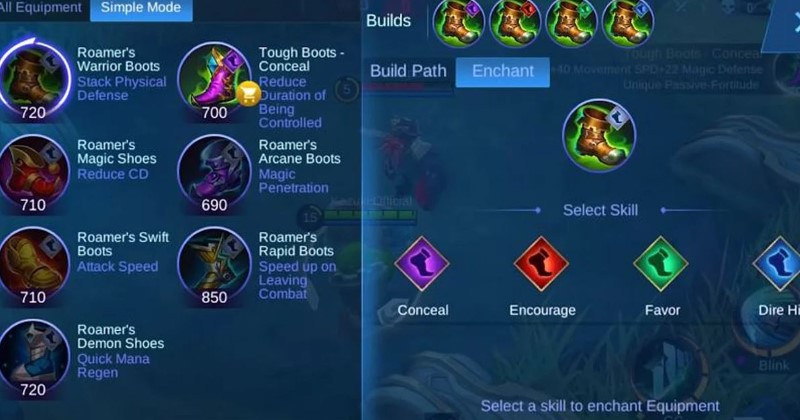 In order to master the economy, you will need to be aware of a few key dynamics of the game that should help you better your fiscal situation at a rapid pace. We’re going to be talking about all of them. However, if you are a new player, you should focus on one at a time and then go from there as focusing on all of these at once can be slightly overwhelming. If you haven’t already, you can take a look at the Tier List for Mobile Legends to find the best hero that suits you.

There are two reasons why you want to die less in Mobile Legends in terms of economy. Firstly, you end up giving up control on the map. This means that players will be able to utilize more of the map and will thereby be able to farm creeps that belonged to you.

This means that they’ll be sapping your area of XP and Gold inherently denying you of it while reaping all the benefits themselves. The second disadvantage is the fact that every time you die, you end up losing a bit of the gold you had in your inventory.

So, you should purchase all your items before you head into a big fight so that you do not lose up all of your savings if you end up dying.

Split Pushing is the act of taking down waves quickly or crashing them there so that you can farm them efficiently. In order to master your economy, you will need to find stray waves no matter what role you play and farm them as quickly as possible.

This provides a significant boost to your net worth and helps you get to the next level in terms of items.

There are two routes you can go to in terms of itemization which will mainly be decided depending on your role and what you feel like is the need of the hour. First, there are items that help you farm. These either provide bonus damage to creeps, add a cleave or burn damage, or just pure stats that help you shove lanes and kill creeps faster.

Their main disadvantage is the fact that they do not help you fight but they accelerate your farm by a ton. Next, there are items that are mainly used for fighting. These are pure raw damage and can consist of single-target spells that do not do much for creeps but can be lethal against enemy players like roots and stuns.

Their drawback is the fact that they are not so useful when farming. Deciding on the perfect balance between the two helps you accelerate your economy by a ton. You will be able to identify what your team needs and will be able to act on it accordingly which is quite important at higher ranks where you will be punished for your itemization. The economy is a communal term and there’s a reason why farm priority exists in the game. Basically, you never want to be the person sapping all the farm if you are a support, and neither should you be skimping on hitting creeps if you’re an ADC.

There’s a priority to everything and the guide to mastering economy is understanding what your role is and thereby identifying the risk you might have to take to get some farm for yourself. For example, a Support should not be spending time taking a safe farm in the lane but should instead be trying to gank so that he can get some farm for himself while guaranteeing a kill.

A jungler should not be coming onto lane randomly hitting a few creeps as it completely disrupts the flow of the game. If this starts happening eventually, there will be areas that could have been safe farms for the ADC that now simply aren’t because they have been taken by someone else who could have easily farmed somewhere else.

In most cases, the tanky heroes go for lanes that are dangerous. These lanes are known as the dead lanes and therefore they should not be taken by anyone else as it risks dying to enemies which means losing gold. Moreover, the hero who can take the dead lane should always try to focus on it rather than interfering in other lanes.

In essence, understanding farm priority and the ability to know if this farm is truly meant for you can make all the difference between winning or losing the game at times.

The last and perhaps the most essential part of maximizing your economy as a team in Mobile Legends is understanding your strengths and weaknesses and playing off them as much as possible. For example, if you have an early game-centric lineup, trying to out scale the enemy by giving them a farm will only mess your economy up and will surely lead to a loss. Instead, you should play aggro and try to cripple their resources so that they are not able to scale as well.

In the same case, if you end up scaling better in the late game, trying to go aggro in the early game might force the enemy team to aggress on you and if they end up succeeding in that aggression (which they will end up doing so since they have a better early game lineup) will absolutely stomp you in the game and wreak havoc on your entire economy.

So, coordinate your timings with your team and do not stir away from them as they can easily spew disaster. Mobile Legends is an extremely popular MOBA and LDPlayer is the absolute best fit for it. The game features tons of combat and visual elements which the emulator can handle with ease at an extremely high FPS. Moreover, you can take advantage of the Emulator’s key remapping feature to get a near-native playing experience on your PC using a mouse and a keyboard.

You should be able to easily take down most teams by the sheer amount of gold you have accumulated due to have a stronger economy from the get-go. In essence, you should have the discipline to follow a very stringent path in order to pave your way towards victory.