Legend of Neverland is the new loving MMORPG risen to the gaming world of ours, and there are so many loving characters coming from the anime world with backgrounds. This game consists of several elements and references of successful games, and many gacha elements come with features here. 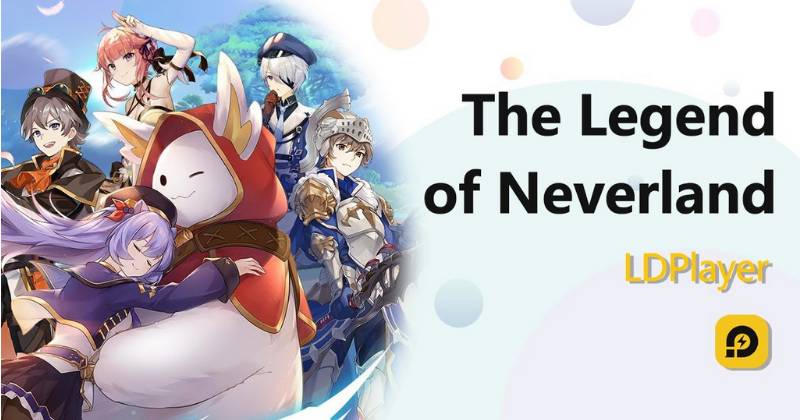 Guild mechanics, PVP, PVE, crafting systems, and many more features are included here. Besides these all, the Legend of Neverland has an integral part on it as Combat power. Combat power is the main element determining your powers on the character, and it is the highest point of determining a player about their strengths. Combat powers are concluding how much power you are to face the bosses and the mobs in-game, and there are many methods to have such a powerful combat power to your gameplay.

So here we are going to bring you up a guide on how you can increase your combat power to the game. We recommend you download Legend of Neverland on PC to have better combat with your play style, and without spending more time, let's skip into our guide.

Combat powers are the main determining factor that will choose how smoothly a player can face various contents offered by the game and how well they face the game bosses. Every action a player is doing at the game is directly affecting on to these combat powers. Sometimes most of the players think that usual things will affect the combat powers like equipment, skills, levels, and stats. But that is now how Legend of Neverland works.

In this game, combat powers are not only based on those mentioned factors. There is more to this game. Many things that happened within the gameplay will be affected by the combat powers. Some of these factors are acting a prominent role, and others will not easily be noticeable for a player. But there are methods and aspects which a player should have their focus on to determine these all.

When you press the button "Go," you are going into another window where a player can make their required improvements to the game. These are the methods a player can practice to have an increasing combat power. 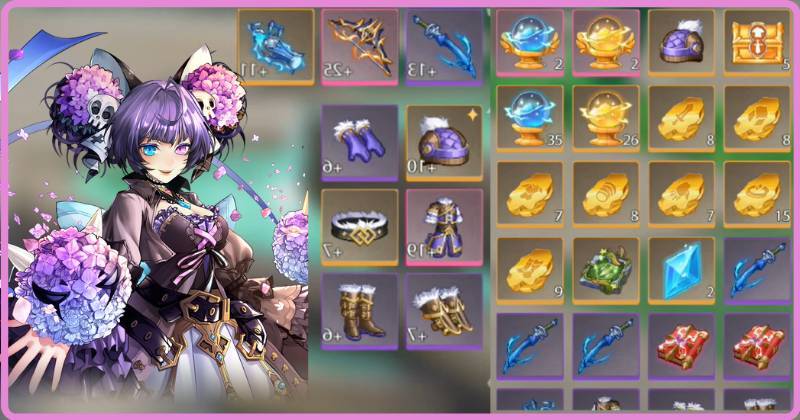 This is a min and crucial thing to remember by any player regarding equipment. Players have to keep their enhancement levels no matter what happens, and even they are swapping out from the weapons or the equipment, they have to keep the level. This is why you will not see any use in hoarding those enhanced dust, and there is no point in waiting until you are taking better equipment.

Players have to enhance their gears and weapons continuously. You will end up at a point where you are getting better gear, and once you reach it, you can swap them out.

This is a process that allows players to increase the quality of the weapon or their equipment. These are highly boosting on their stats. Every time you have to remember that S weapons are so much better than the T. So if there is an S1 weapon, keep a note in your mind that it is way better than a T4 weapon. If you need to advance this equipment or the weapon, you have to pay it with gold and use those materials for the necessary advancements.

The materials you need for the upgrading are usually farmed within the Ancient ruins, and the Abyss ruins. They are drooping by those Giant bosses, or they can be produced through forging. Players need metals for this forging, and those have to be mined. When the quality of your equipment and the weapon you are currently advancing goes high, you are required to mine more of the highest quality ores. It is because those are the ones you need for forging the materials necessary for the advancements.

Upgrading the Talents and Skills

You will only see four classes on this game, and every player has access to those individual skills and the talent trees. If a player is leveling up the skills in other classes, they are increasing the combat powers. So better you need to focus more on the skills of the main class. When talking about talents, players have to concentrate on their main class because other talents are not going to be unlocked immediately. They will only unlock after you are reaching the total levels of the skills within a class.

Miru is the player's companion and also the equipment spirit. You have access to Miru's menu by accessing the button of Equipment Spirit within the main menu. To have a successful level up, then you need to feed the Miru. Miru can be feed with crystals of spirit EXP and by using the unused equipment as well.

When you level up the spirit, you get the bonus boosts of the stats like increasing the combat powers and the in turn. And also, it is unlocking additional features on the game like auto-identify, auto-battle, additional slots of fairy team, auto-enhance, and many more.

Purple fairies (Legendary Fairies) can carry a player's will. But note that when you have gold fairies (Mythical fairies), they are increasing your combat powers. You need to keep on completing the tasks and those quests to earn more of the summon seeds to the game. Then you are having more chances of summoning those mythical fairies or making duplicate copies of the legendary fairies you already have.

Mythical fairies own the highest base stats to the game, and they own the highest growth values. So taking them more within your team can impact on increasing your combat powers as well. 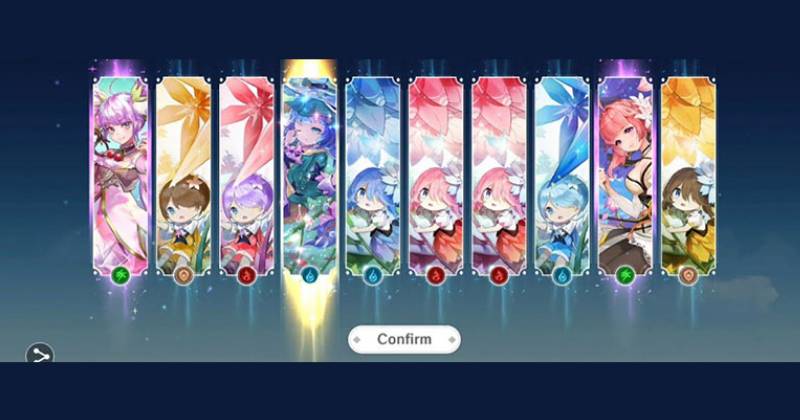 You can level up flower fairies by using the EXP of flower fairy. This is increasing their levels with their stats, so it helping you over boosting the combat powers of the character. When you are leveling up through your flower fairies, their skills are also going to rise, so they are improving their effects. Tapping on the skills will show you which level they have to be reached to increase their skills.

This is going equal with equipment and weapon. Players can advance their fairy, so they are getting the chance to level up more. Otherwise, failing to advance them will only make them hit those level caps besides the growth.

Inlay and Upgrading the Crystals

Crystals are the additional items of stat-boosting that a player can equip with their characters. A player's character starts with a cluster off on three slots of crystals, and when they level up more in the game, there will be more of the available clusters. Players are allowed to have 10 clusters with 30 crystals as a total. There are own crystal stats for the individual crystals, so you should not forget about equipping the crystals. You are allowed to combine these crystals so that you can take more high-quality crystals with a high amount of stats.

Whenever a player is getting a piece of new equipment or advancing that equipment for the first time, their appearance will be recorded on an Adventure Book. You need to unlock this Advanced Book so that you can take a combat boost in the game. If you can unlock this whole complete set, it also provides so many extra stat boosts with a set of rewarding bonuses.

When you first time kills a monster, this is registered within your Adventure Book. You can claim onto the lore reward so that you are allowed to have a boost of permanent boost. Try to continuously kill those monsters so you can earn the lore EXP in that monsters. Once you are taking enough lore EXP, the lore knowledge you are having of that monster is increasing, giving you permanent stats. Once you maximize this level of lore knowledge for that specific monster, you can even transform it.

These are the bonus effects that you are activating by meeting several requirements. Players can view this via notifications or by viewing the button of the character whci will be placed at the Main Menu. Select the Resonance in that main menu to check it. Whenever you can meet those requirements, try to activate that correspond Resonance to earn more permanent boosts of stats. Following is the list of resonances that you can activate here.

Players can take start stones by completing activities that are related to the guild. There are star slots pre-determined, so a player will need to spend their Starvein Dust to have an upgrade on them. There will also be empty star slots. These all function very similarly on the crystals where a player is inlaying several star stones to have an additional number of stat bonuses.

Manually upgrading inserted star stones are upgrading through feeding, and you need to feed them by using unused star stones. If a player's star stone is a grade Legendary one, players can advance them further into the advancement of Starstone.

Players can also start with the Star of Fertility. Once a player has reached level 110, they can unlock another map of the star called Star of Creation. The other two star maps are still yet to come, so there is no point in worrying about them for now.

These berries were giving the permanent bonuses of stats to the players when they consumed those berries. Players can take those attribute berries via a wild quest or within special quests. Wild quests are refreshing daily on the game, so players have to complete all the tasks they have been given. So they can have some daily supply with those berries.

You can unlock the titles as you are completing many tasks or meeting many of the game's requirements. These requirements may come as advancements to the flower fairies or maximize all the monsters' lore levels within your area. All the other methods we have discussed here are permanent, but this one is different as it is not permanent for any stage. They will be applied to you whenever you have equipped them. So a player's current combat power can dip if they have equipped with a different title.

Soul Will is the guardian spirit that a player can summon temporarily within a battle. After a player has summoned Will, it gives them a significant boost for all the stats as a temporarily based. Even Will has not been summoned yet, infusing with this Soul Will and several cores are increasing the levels of the cores. And it also increases the stat bonuses which have been applied to the character.

If you need to earn the best characters to increase your combat powers, try to achieve them sooner with multiple rerolls. You can try LDPlayer's Multi-Instance Sync Feature to have many rerolls at once and earn your most likely hero with seconds. Try it and make it easier with your rerolls. 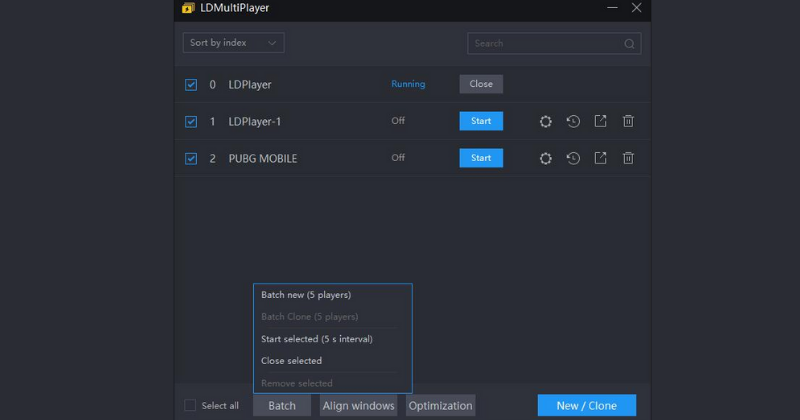