King's Choice First Anniversary Details and Everything We Know So Far

Hello again to the gamer community! It's great to be back with another piece of content relating to video games, and this time, we are going to talk about the King's Choice first anniversary that has recently taken the gaming platforms by fire. We know some of you might be having a hard time wrapping your head around the name King's Choice and its gameplay. Worry not; as usual, the first step we are about to take in this King's Choice first anniversary article would be a brief explanation of this event. So without wasting any second, let us get started. 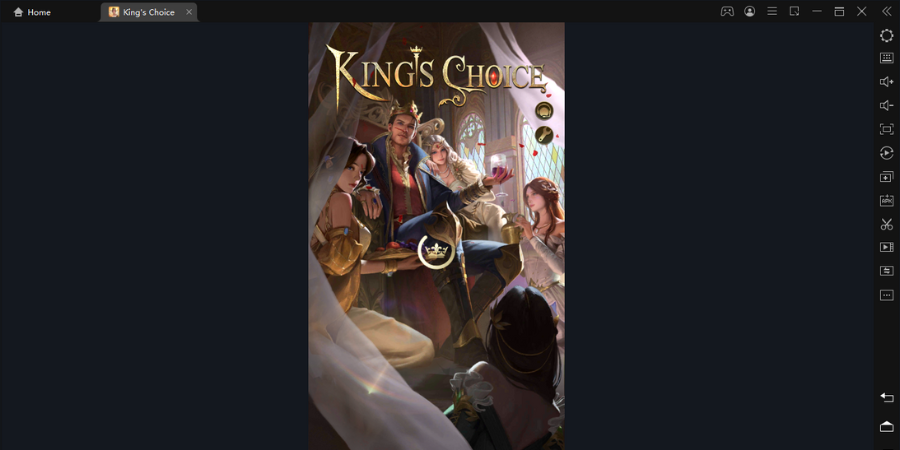 What is King's Choice, and why is the gaming world so excited about King's Choice first anniversary? King's Choice is an RPG role-playing game issued to the gaming sphere on the 16th of July last year, and it was developed and published by ONEMT.

King's Choice gameplay is set in a medieval era where Queens and Kings rule, and as the player, you are bound to take the role of the King's son. Everything is going great until the Thorn Ursuper Aves arrives, initiating a revolution, murdering the Kings, and imprisoning the prince. As the prince, it is up to the player to save his Kingdom from the villain's hands.

Along with saving the Kingdom, the player is responsible for the military troop, resource production, knights, capturing lands, and raising heirs, the latter being one step higher than the other responsibilities. In the world of King's Choice, the players can date anyone from the royal family and can build a family with them. So if you are a person who is into medieval times and royals, this game will be your cup of tea. King's Choice, as much as it is captivating and exciting.

King's Choice, released last year in July, is a few days away from turning a year old in 2022. The game, although it has been in the gaming industry for a short period, has gained immense popularity among the gamers, thus King's Choice being immensely lionized. To celebrate the game's success, ONEMT has decided to throw a King's Choice first anniversary celebration party thanking the gamers' sole reason behind the game's victory. 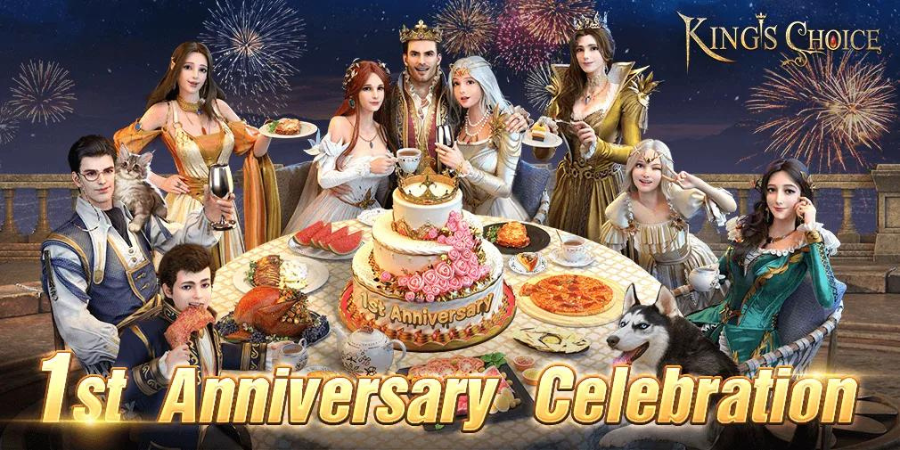 This celebration will be held on social media platforms, and all players are welcomed here. With all the promotions that ONEMET has showered us with, the anticipation for the King's Choice's first anniversary is skyrocketing. But they have given us glimpses. You will learn about these Events little by little as you read further.

The first King's Choice first anniversary event we will learn about is the Royal Fantasy. This event is for the creative league who have their heads up in their imaginary world. This is the perfect time for every divergent thinker out there to shine.

So what is this event about? Royal Fantasy is an Event where you can submit the most awesome memes, videos, and artwork of the gameplay and win plenty of cash prizes and in-game rewards.

So all the Lords out there, we suggest you make use of this great opportunity and participate in the Events; for all you know, the King's Choice first anniversary might be your lucky day, and you might hit the jackpot.

As we mentioned, the King's Choice first anniversary party is for everyone, and all are invited. If artistry isn't your cup of tea, you do not need to fret because ONEMT will also be handing down rewards for wishes, and the process isn't even complicated. All you have to do, dear enthusiasts, is to send ONEMT a heartfelt King's Choice first anniversary wish, and in return, you will be earning many rewards. If it is your lucky day, then your video might get a chance to be on ONEMT's Virtual Youtube Channel and Allie Channel. 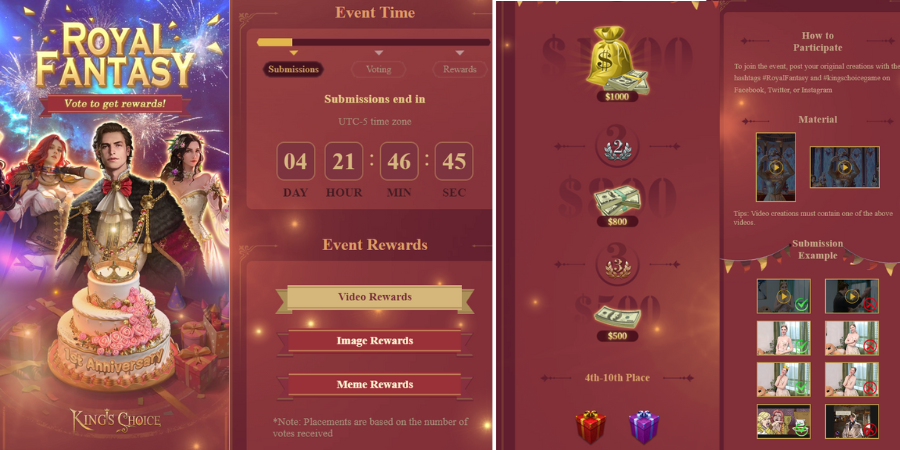 But, what is the link between Allie's Channel and the celebration? Well, on the day of the celebrations, the King's Choice fans can witness a show of fireworks, code giveaways, and information on specific new updates. Also, this channel will let you know the heartfelt anniversary wishes video. So therefore, make sure not to miss their live streams, for you will be getting new updates, a fireworks show, a code giveaway, and your anniversary wishes video if it was your day, either way, it is a win-win chance.

Apart from these exciting Events mentioned above, ONEMT has decided to include a brand new Pet's and a Home system, which we are confident our players are happy with. Not much has been revealed to the gaming sphere about the new addition to King's Choice; we guess it's a surprise they are saving for the last minute. If you want more information on the new addition to the games, we suggest you follow King's Choice live streams on Allie Channel and all their social media pages on Facebook, YouTube, Twitter, and Discord.

For more precious gameplay from King's Choice, we suggest you take the game for the best free emulator: LDPlayer, as it has all the advanced features to take your gameplay to the next level. So if you ever want to have the most optimized gameplay for King's Choice, you know where to stop. 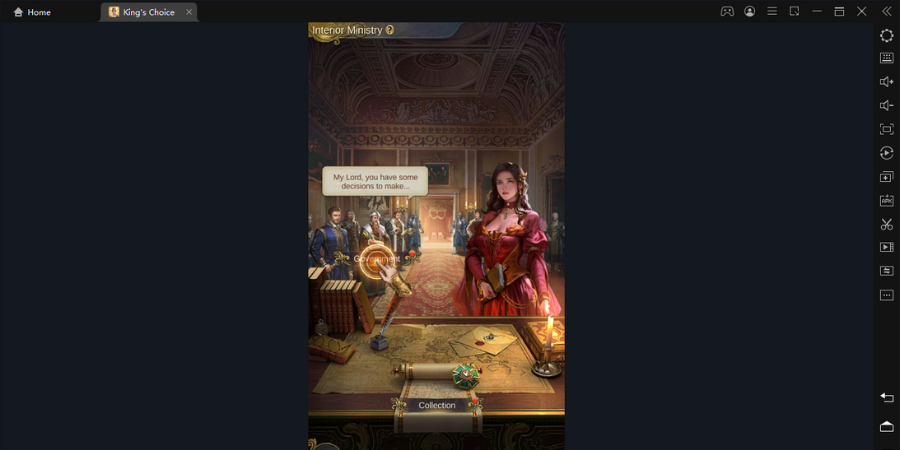 This is the only information ONEMT has revealed about their King's Choice first anniversary celebrations. All of this information alone is enough to raise our already raised adrenaline levels. With the game being viral in the gaming world, the expectancy bar sure is highly elevated. We suggest you participate in all their events and follow their social media platforms to learn more about the game.