Girls' Frontline 2 Exilium is the newest turn-based strategy game. The Mica Team brought this, and this gacha Gun Waifu game was first revealed on the 1st of May. The game will be released worldwide of its CBT by the 1st of June 2021. And there will be featuring 3D features with a style of ACG. 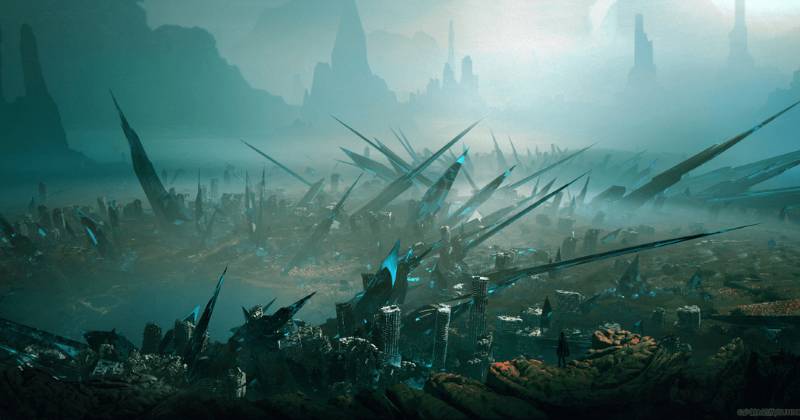 The game will be using the next generation of a second-generation style, and there will be a technology of PBR + NPR. This is more likely American war chess with its core gameplay and will hold valuable formation collections with interactive elements. So what things are included with this game? Let's begin the Pre-register Guide. Download your Girls' Frontline 2 Exilium on PC and join the adventure.

This game can be known as a sequel to the start of Girls'Girls' Frontline after following eight years to the game before its Code Name Bakery prequel.

Story of the Game

The plot of this game is taking place in Eastern Europe, and it is 2070. There is a security contractor called Griffin, and it has been closed by the government for its high strength. So the commander of the Griffin has left the team. And he made a group by collecting comrades who are active through the Purification and the polluted area.

Girls' Frontline 2 Exilium game will start from a commission of transportation, and there is an attack happened to the escort of the commander convoy. It occurs from the back of the contaminated area, and the commission box is also being stolen here. Several battles happened here, and after those multiple battles, the commander was able to recapture the missing box. He saw a hidden girl in that box who is remaining mysterious.

A mysterious girl's identity is unverified. MC and this girl encounter several enemies continuously, and the conspiracy behind this stage will be revealed in later parts of the game.

As we said earlier, this is a game with a turn-based strategy, and there, your forces are in to deploy the 2D grid. Dolls are waiting for your orders, and you can give the orders to perform attacks for the enemies. There are three dolls that a player can deploy as follows.

You can enable your cut scenes in the combat, and you will be given a chance to disable the zoom in the combat function. If you want to keep your camera place in a strategy view, you can disable that option.

Usually, the dolls you have been launched, and the controlled will end up the turn after this scene. However, Groza will make a move again right after an enemy kill due to her passive skills. So that doll can be launched more than once directly after she kills her first targets.

There is a 3 model of the game preview here, and we can clearly say that they are very detailed than the others. There is some situation where players can see terrain stopping the enemies. Here, the engine is going to render the silhouette of enemies without minding any obstacles.

The game developers have mentioned that the 3D look of the dolls can be changed as they are not fixed to a single model. They will own several looks in the future by upgrading.

Characters in the Game

There are between eight to one hundred twenty-eight characters that will be available within the game as follows.

There is a camera angle in this game, and players have the full control ability to change those angles. The screen will have a 300-degree rotational ability, and there is a free panning too. Cameras can be set to the range of 35, 45, and 75 with the pitch, and if you set it to 75 degrees, you will see a strategic view from the top down.

Effectiveness and the Unit Type

The red, blue, and green icons in the units determine your type, and it will demonstrate how well you are going to perform against the enemies. These are the health bars, and some types of icons are so effective against the opponents. Players will gain the chance to see if they are effective by visiting an arrow from the icon of enemy types, and it is going to preview in the targeting preview.

Accuracy of the Battles and Result Preview

If a player is trying to attack an enemy, players can preview their predicted hitting rate and the expected damage. Of course, the values will not be 100% accurate because they can be varied from one enemy to another, and it is going to depend on the position you hold when you are targeting an enemy. Suppose you are acting against two enemies. The only difference here is the coverage amount of their behind.

If you are against the same opponents, you can still improve your hitting rate by repositioning. There is another cover called High Ground, and it happens by moving a player into the high ground.

After a player moved to the high ground, they will have accuracy for the attack, and for enemies that are challenging in attacking you/ this process will work differently. When it is in the bakery Girl, Reverse Collapse due to the reduction of evasion done by the high ground.

There is a Morale system in this game, and it increases the Morale of Dolls by defeating the enemies. It also can improve the attributes of dolls and their capabilities for combat. When an attack happens every time, the enemy's Morale will be reduced from an exact amount of your Morale in the game.

If an enemy can reach its Morale to zero, they will be broken mentally, and there is an applied stun effect in them.

Tips for the Gameplay

If you miss a shot in this game, it does not say that an enemy is away from the scot-free. Chip damage will happen to the targets when there is an accuracy fail.

We can say that chip damage is a small amount of the predicted damage from generally, and although it is small, it can finish the enemies who are almost near death. So there will be no problem of an enemy who is gaining evasion check; they will be bust down from the sustained attacks.

In each turn, the reinforcement of enemies is going to arrive. You can see a highlighted holograms in red, and it indicates the locations of your arriving enemies. They can be named as holograms.

Boss is indicated by the big square, which is colored from the red. The spawning of the boss will be through a cut scene, and it will take several tiles. Bosses in this game will have more shields and Morales than the units of mook. So a new spawned boss usually has a 24 valued shield, and it will need several attacks to be completely broken.

In this game, every doll will hold skills from passive and the active. Active skills that are almost cool downed can be shown when you select a unit. Passive skills also will have cold downs within them. For example, moving the ability of the Groza again is such a passive skill.

Active skills of the game can be ranged from the buffs, and it can devastate the AOE attacks. Please note that the second active skill of Groza, which is known to be her ultimate, is much powerful than the AOE hits. 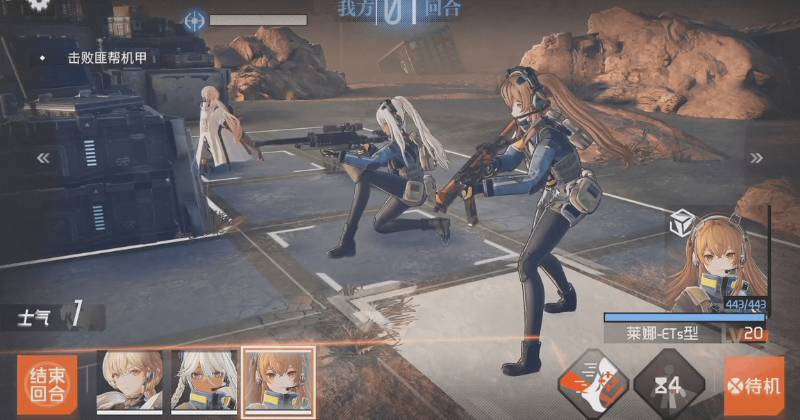 Now you can pre-register for the Girls'Girls' Frontline 2 Exilium via the game's official site and take place to enjoy the game first before it rises around the gaming world.

The controls and the movements of your dolls can be done quickly by using your own key controls. So this opportunity is given to you by LDPlayer. Now you can set your own key movements by using this Keyboard Mapping feature, and gaming would be a lot easier with your own key sets. So take a chance to have better control of the game by using this feature.

Girls' Frontline 2 Exilium, the turn-based strategy game that comes as CBT on the 1st of June. So if you are a pre-registered person to this game, take this guide and use the information we provide to you, and it will indeed makes you an improvement throughout the gameplay as a beginner.