Girl café gun is an action and adventure game developed by Biligames. This game is basically a 2D game with amazing graphics and great sound effects that the player can enjoy through this game. The game provides some bold scenes to reward the players for playing this game, but this may be censored according to the region the player is playing in. This is an anime-style role-playing game with live2D technology. This means the players can enjoy spectacular gameplay where they will have to fight different enemies in order to survive the archdemons. This develops a real interactive experience with the game that makes the player forget the outside world and stick to it.

The game starts with an outbreak spreading across the world and turning people into monsters. Those who survived the outbreak will have to fight and team up on a remote island called Princess Island. The objective of this game is to fight the archdemons with the player as commander and collecting the girls who will fight these enemies for the player. Different girls can be unlocked by fighting the enemies that will help the player make the team stronger and fight the most powerful enemies. The player has to manage the café also according to the taste of the player. The café will give the coins which will be used to pay the bills and upgrade the café. Here we will guide the player through different tips and tricks that will help them play the game like a pro from the very beginning. Before jumping to the following section, we recommend that players read our Beginner's Guide for Girl café gun from the link given. Players can also get the complete information about the Character Cards and Tier list of this game which is well explained here.

The following are the best guides and tips for the Girl café gun out there to help the new players get a quick grasp of the game.

Café is the most important part of the game as this is where the player will get their money in terms of Coffee Coins and Crystala. The player will also gain popularity that will help in upgrading the café. Coffee Coins are mainly used to pay the bills of the café, and they are also used to buy the furniture of the shop. If the player wants to keep more Coffee Coins, they have to upgrade the shop. Since the Coffee Coins only come from brewing the Coffee and serving the customers, it is necessary to manage this correctly to get the most coins out of the customers. 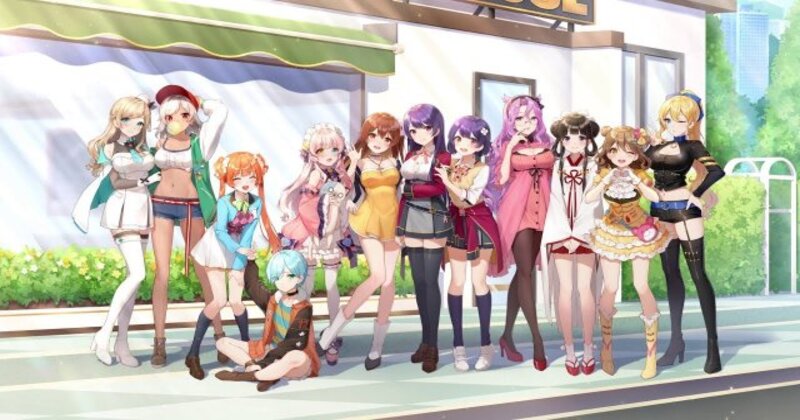 As in any game, the player can only brew some coffees first, which are very limited. The player must pay attention to the requirements of the customer. Customers want different staff members to be serving them, and the player has to manage these requirements to get the maximum value out of the customers and to also increase the interaction with them. To do that, click manage shop, and the player will see different options available in their shop, such as bedrooms, café, darts, dance, etc. There drag and drop the staff member which the customer has requested to serve them. As the café upgrades, the player will be able to add more staff members to the café. So try to satisfy customers as much as you can to get the maximum currency out of them.

To increase the affection of the players with the girls, the important thing is that the rooms are always filled with girls. Never left any room empty if the player wants to progress in the game faster and with the girls. The player can also furnish the room to improve the mood of the girls and other characters.

To upgrade the café, the player needs to get popularity. The more popularity the player gets, the faster they will upgrade their café, the higher the money they will earn in terms of Coffee Coins and Crystala. Upgrading the café will also give the player Coffee Coins, which the player can use for purchasing different things in the shop. It will also increase the furniture limits and shop windows etc. which make the café looks fabulous. The player will get popularity by satisfying customers, so try to give the maximum comfort to the customer to gain more popularity. 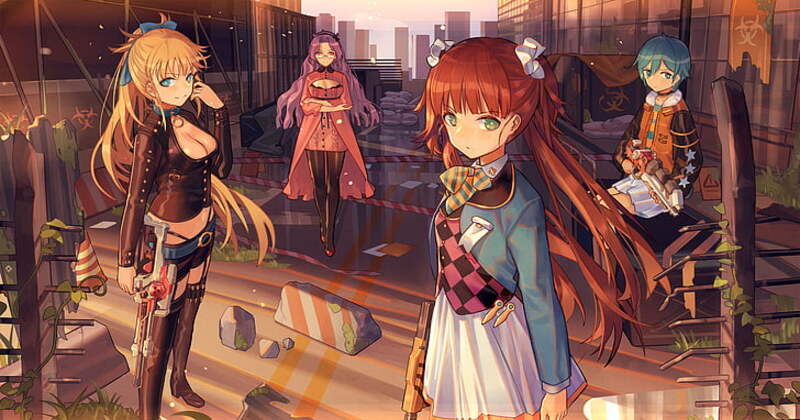 Try to buy and upgrade the furniture of the shop as often as possible. This is because this will increase the comfort level of both the customers and the staff members, which will directly affect the mood or recovery rate of the characters so they can go to work fast. This will also increase the earnings coming from the café. Some characters will also give some bonuses if their mood remains at 0.

Promoting the character cards will improve the proficiency of the characters. The three main categories for upgrading the character cards are enhancing, limit breaking. These three are very important if the player wants to fight enemies that are very powerful in nature. The main thing which is used with these three is the Battlefield Database (BFDB). This is like the XP cards in other games, which are used to upgrade the game's players quickly. This resource is used with Crystala with the amount of Crystala that will be used depending on the character's tier level. 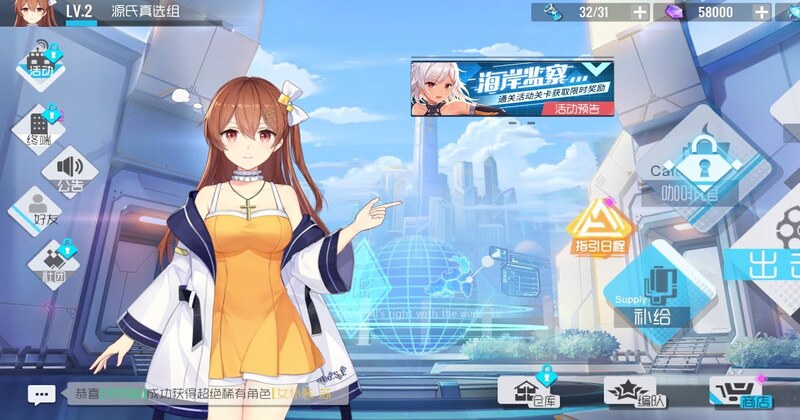 Another essential thing to remember is that these XP cards (BFDB) are of different types, which will apply to the specific character's type. The card can be used on other characters, but if used on the right character, this will give 50 percent more XP to that player. So watch the character's attributes carefully before using them. Enhancing is very simple as the player needs only to play the game and different modes such as dungeons and other modes like this. It will give the player Battlefield Database which is the XP cards of the game.

Only after the player reaches the maximum level, the breakthrough will happen. At level 40, the characters will need injections and Gen 2 fluids in some of the characters. These resources can be farmed for use from the resource dungeons just by farming the required amount of Crystala. This will limit break the character for at least the next ten levels. The required amount will vary according to the tier of the character and the number of injections that will be utilized on the character. As for the awakening, these are two types that can be used on different tier-level characters to upgrade them. The RG. Trainer can be used only on common and sr rare cards, while the advanced trainer can only be used on ur cards. This is important to keep in mind before leveling up the character.

Weapons are the most important component in fighting battles against the archdemons. Weapons may include auto rifle, grenade launcher, pistol, shotgun, and sniper rifle. However, each weapon type is specific for a specific character's card type. Some weapons are very rare, but others can be found easily. It is suggested that the player should promote all the high tiered cards first and then the lower tier cards because all the tiers have different rarities among them for the weapons. The character supply probability and the weapons probability can also be seen from the info panel. It is also advised that the player deploy different soldiers on the battlefield according to the damage color on the bullets.

Team arrangement is very beneficial for victory on the battlefield. It is recommended that any team should have a minimum of one and at most three characters in them. The assist characters should also be at least three. The teams can also be arranged at the time of the attack, but it is recommended that the player arrange the teams before entering into the attack mode. The game also provides an option to check the proficiency of the team. This will tell you if the team has enough juice to complete the next mission. The player should check it out every time before entering into the attack mode.

Some characters give bonuses in time-limited activities, so check it out to have a better chance of winning on the field. Arranging the teams wisely can be a huge help and may ease the difficulties the player may face during the gameplay. The proficiency in the game will tell you if the team can win or if it's time to upgrade the characters or change the team members. The player should have the knowledge of proficiency of the different components of the team provides towards the success of the mission. These are given below.

The player should promote the cards first that are better than the others. For this, an automatic function to scramble a team can be used. The player should only land on the battlefield if they have the recommended proficiency. Otherwise, the chances of winning the match will become significantly lower. The teams that are selected should be tested on the battlefield to find out about their efficiency. Acquiring modules and promoting their properties is also very important. The player can also devise different tactical loadouts from the Team menu. It is advised that the player should choose the one that suits them best.

The game provides the daily tasks to the player to keep the game exciting and offers different rewards upon completion of that task. The player can quickly get 75 points in the game just by completing the following tasks.

l By touching the head of any girl five times.

l By purchasing any free item from the store.

l By brewing or producing any type of Coffee in the shop.

l By arranging a training session in the café

l By receiving the energy sent by the player's friends

Daily tasks refresh every morning, and all the options will become available again the next day. The players can also check the daily missions to find out their next objective if, for some reason, they cannot find it. The player should also check the mailbox daily from the terminal to get the unclaimed awards in the game.

Birthdays are another event of the game that will give rewards to the player upon completion of the event. Each character has a different birthday which the player will need to celebrate. It is recommended that the player throw a party and give the appropriate gifts to the girls to increase their interaction. 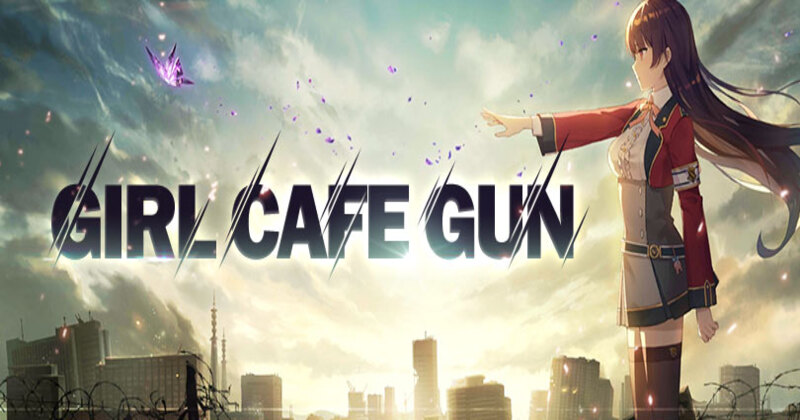 Girl café gun is an exciting game with an interesting storyline and unique characters that will keep the players addicted to it. The game is still new, so there could be many updates with many interesting features and modes that may be introduced into the game with time. In the meantime, new players can get a good deal of information mentioned above and play this game like a pro. We also have a fantastic guide about the Tier list of all weapons of Girl Café Gun for the players who want an in-depth guide of the game. If the player wants to keep updated with the game's latest updates and news, they can check from here. In the meantime, players can check our other game guides through here.