Epic Seven is a combat-based RPG that is developed by Smilegate Megaport. The game itself is quite popular amongst a large audience and features unique graphics alongside a lot of attention to detail. The game follows the beginning of the 7th World and how characters try to defend the Heir of the Convenant acting as Guardians of It.

Epic Seven features mesmerizing 2D Visuals, quite an engaging story focusing on character development alongside huge gear and character customization options with PvP arenas for those who enjoy combat in games like these. The Guild system is also quite polished, and players can trade items, chat, and party up with each other to reach harder depths in dungeons. 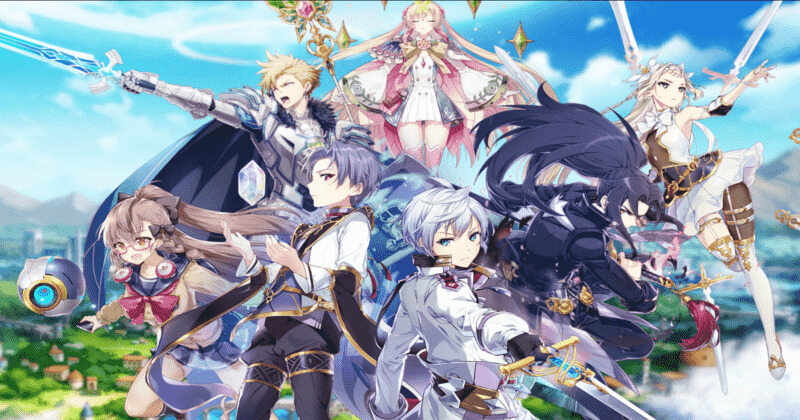 Epic Seven, unlike most other RPGs, has Set. Wearing multiple bonus sets grants you particular bonuses that you can only get by having the complete attack combination. For example, having items from the Attack Set increases your total attack power by up to 35%, which is quite a huge amount.

Here are some common set combinations for various classes:

For DPS Units, you can either go for Attack and Crit, Speed and Crit, or Life Steal and Crit. Generally, all of these combinations are viable. Still, they require you to have a higher rarity, as finding low rarity combinations with these particular sets is always quite difficult. So, we recommend that you go for HP and Attack for earlier game levels until you can go for better options. 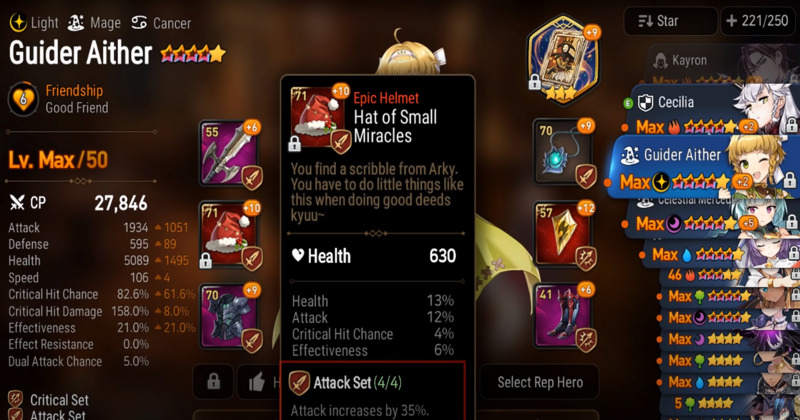 For the Healer / Tank, going for 3x HP is not uncommon. You can also swap out one of those HP sets for DEF sets, but that is usually not recommended as most bosses later in the game deal more penetrative DMG where your DEF stats do not matter at all.

Sub stats are randomly put-on Equipment, and the number of sub-stats that appear on equipment is dependent on Rarity. You can check your rarities by looking at the particular item's background with Grey being the lowest and Red being the highest. You gain one more sub-stats at each consequent rarity.

After reaching 4 Sub-Stats due to a particular item's rarity, higher consecutive rarities upgrade the already existent sub-stat on that piece of equipment. So, a piece of Red Gear is always the best because it has 4 sub-stats, and all 4 of those sub-stats are upgraded to their maximum possible limit.

It would always help if focused on Red and Purple rarities as they are the only rarities that are worth upgrading to as they provide the best value. The best sub-stats are pretty straight forward. Attack percent is best on DPS, and def percent is better on Healers and Tanks.

In most cases, good guilds have a minimum requirement of Gear Score that you must adhere to if you wish to join. Understanding those particular requirements should help you understand the importance of having good gear in Epic Seven.

How to Upgrade your Gear?

In Epic Seven, upgrading Gear costs an abysmal amount of Gold while un-equipping that particular item from your character as well. The higher the level of the gear you wish to upgrade, the more it will cost you.

Only upgrade gear past +9 with charms that can be bought by Ancient Coins. You can buy them from Special Event Quests as well and can also be claimed in The Sword Training Ground or by Opening chests as well. 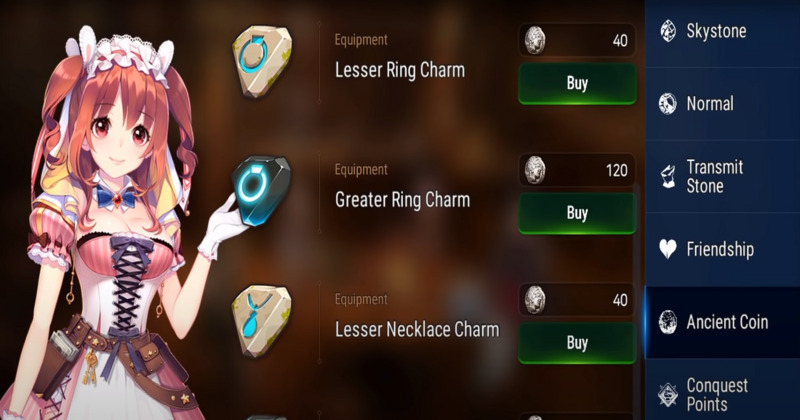 When trying to find the gear that you deem is worthwhile to upgrade, try to at least find equipment that has 3 good sub-stats, so when you do end up upgrading, there is a seventy-five percent chance that the sub-stats you would want has a chance of being randomly upgraded as well.

How to Get the Best Gear?

Secondly, you should try clearing the Abyss as much as you can, little by little, as it gives you better gear to make you even stronger. Try to ignore Hunts beside the Daily 3 as they are the only ones that will effectively contribute to you getting good gear.

Do not waste any material on Crafting until you max out the Workshop as if your skill is lower. There is a high chance you might craft equipment with lower rarity or bad sub-stats. 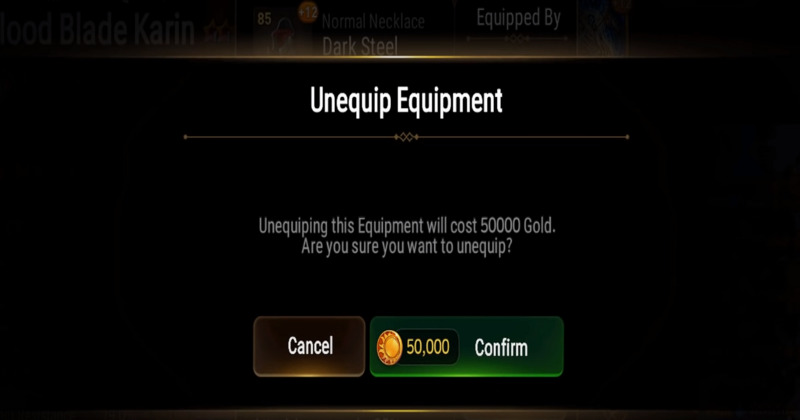 If you have leveled up but still are not quite geared up or do not feel ready to take on Dungeon Raids, you can always go towards the 2nd Lab 3-5 Stage Area. This area provides you with Wyvern Gear with a generally high rarity to upgrade and enchant your Heart's content. The drop-rates are quite low, though, so it might take up some time. You will usually average about 3-4 purple rarity gear per day.

Epic Seven has quite an intricate Gear, Equipment, and Inventory System. Unlike most games, good items are not locked behind by a paywall and can be achieved by anyone if they put in the effort. However, the effort that you need to put in might feel quite daunting to new and even experienced players at some stages.

Focusing on these particular tips should help you understand the game's dynamics and nuances better, which will give you a much better chance of scoring better equipment and having a high enough Gear Score to feel effective in Raids as well.