Hello to all adventurous Epic Seven players, and now it has been so long since the game revolved within the RPG world. This fantasy-themed RPG has taken the hearts of many RPG lovers since its official release, and there you see the strongest heroes are fighting against the destruction that happened in the 7th world. The 2D animations in this game have also added unique features to the game, and its engaging plot with PVP arenas and so on will never fail to give amazements for the players. Epic Seven is always taking the chance to maintain its popularity due to its unique movements and time to time updates. These updates add several unique features to the game, and there are also events for the players to earn some advanced features to their gameplay.

By that talking, we have reached another update on 15th July, and it now comes as two banners on Charlotte and Roana with newly added contents. These are drop rate up banners, and what are we going to be offered with those two and new updates? Well, this is your guide.

This drop rate up event has been scheduled to start on 15th July after it is 03.00 UTC and you are no longer be able to participate in the event after it is 02.59 UTC on 22nd July. We recommend you play Epic Seven on PC to enjoy these all updates with some advanced features.

This is the first event we will talk about from two banners, and within this drop rate up the event, you will meet the Roana. Roana is a Soul Weaver from earth element, and she is capable of containing heroes who are specialized in counterattacks and for dual attacks. This is done due to the unique abilities Roana holds. They allow her allies to be healed after they have been damaged by some extra attacks, dual attacks, and counterattacks.

Players have the opportunity to obtain exclusive artifacts of soul weavers and the Touch of Rekos, which is recovering all allies' health after they have been attacked. So they are generally so helpful for players to be highly effective against enemies who are skilled with AOE skills. Let's take a more look at Roana as follows. This is an elemental earth hero who excels on soul weaver, and she is a 5-star hero to Epic Seven. She is increasing the survivability of her team by buffs while encountering her enemies who are using extra attacks, dual attacks, and counterattacks. There are three skills hold by her to be effective in the game.

Introduction to the Artifacts

Touch of Rekos is a soul weaver artifact of exclusive which is recovering the health of allies of Roana after their Caster is being attacked. This artifact assists the Caster in keeping a stable value of health for all the allies, and it is a most effective counter for the enemies who are using the AOE attacks.

On her Artifact Touch of Rekos, basic stats on attack 9 and 76 of health are on it. And the maximum enhancement of these stats will be 117 for attack and 988 for health. This is an artifact handed down by God called Rekos after a built of the Spirit Shrine. This item contains a god power, and the shaman of the most qualified has bestowed it.

Each summons will case a summon counter here to decrease by one number, and it is a maximum of 120 summons. If a player doesn't take a chance to receive a featured hero after their 120th summons, then the next summons guarantees 100% for summoning that hero. If you still didn't get the featured hero by summoning, then the counter for the summon will be reset.

Probability of the Summon This is the second banner we see on this update, and in here, you will meet Charlotte, who is known to be the Fire Elemental Knight. She is used in the game where we are attacked by an enemy or used a basic attack and obtained a fighting spirit. Charlotte is dealing with the most significant damage to all her enemies by using her skills. And there is an artifact of this hero give to the players as Knight.

This hero drop-up rat will commence on 15th July by the time 03.00 UTC, and you can enjoy the drop rate up until it is 22nd July 02.59 UTC. The 5-star hero Charlotte and her 5-star artifact called Elbris Ritual Sword have the highest summoning rate on this event period. Charlotte is a 5-star fire elemental knight, and she is capable of gaining a fighting spirit when there is an attack. She does this when she is being attacked, and then she is going to use the Vortex, which is capable of inflicting the most severe damage on all her enemies. A successful attack she does with Vortex will always hit a massive critical hit, and Dual Sword will land on the critical hit until it is missing on the use of charlotte turn. There is a high damage guarantee in here despite Charlotte's chances of the critical hit.

Introduction to the Artifact

The artifact used here is the Elbris Ritual Sword. It can be identified as an exclusive artifact that has an opportunity to counterattack when an ally is being attacked. This will not include the Caster on it. This artifact delivers some unexpected attack to the enemies, and it is done when it has been equipped by a hero who has the strongest basic attacks or the debuff abilities to the game.

This 5-star artifact has basic stats on the attack for 15 and 54 for health. When it is maximumly enhanced, the attack will become 195, and health is going for 702. Elbris Ritual Sword is identified as a ceremonial sword that the elves have handed down for over a thousand years. This blade has been infused by various magic springs. And the one who owns this Sword is becoming the king of the Elves.

Artifact skills of this blade are

There is a probability rate for the featured 5-star hero as it increased by 1% when a player has summoned this banner. And there will be no other 5-star hero to be summoned.

Several events came up with the game with these newly updated contents as follows. 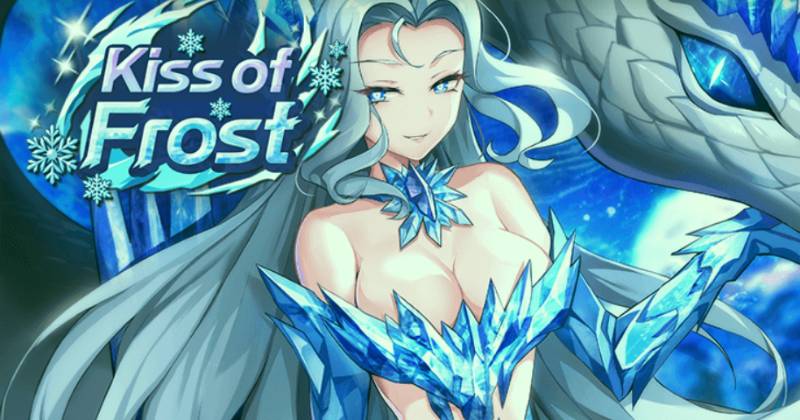 Our hero, Elisia of the Ice, will meet up with our heirs with a new, improved look. Players have to challenge this side story, and they have to acquire a light connection by these challenges. There are also several types of rewards on this event with the most significant modifications.

The event has been scheduled for 15th July at 03.00 UTC, and it will run until its 02.59 UTC on 29th July. You can enter on to this adventure by clearing up episode two from the coater 10 to 10 and then going to the lobby. After that, tap on the Battle, and there is the side story.

This stage is consisting of 3 levels of difficulties as Epic Hell, Hell, and Hard. Players can choose a higher difficulty level after being successfully cleared out of one Level before that Level. The Level Epic Hell can clear up to 5 times during the period of the side story. There are two types of currencies on this side story as follows.

Please note that if you have collected these White Snake Scales, you can use them to exchange in White Snake Fangs, and the chances for doing so will be maximum of 10 turns.

Remember that the saving on this Advent Side Story is not going to be remained until the next story comes on advent side. And the players are not able to take EXP, penguin mileage, or the Friendship from Advent Side story.

Take a chance on looking up to our Epic Seven Reroll Guide. You will gain the best method to earn your best and favorite heroes.

So that is all we are getting with the 15th July update on Epic Seven. Ensure to take these all opportunities before the event period runs out to make your gameplay a lot better. They will be helpful for you to grow within your Epic Seven game with several features. Hurry up, take a part of these all before the time runs up.