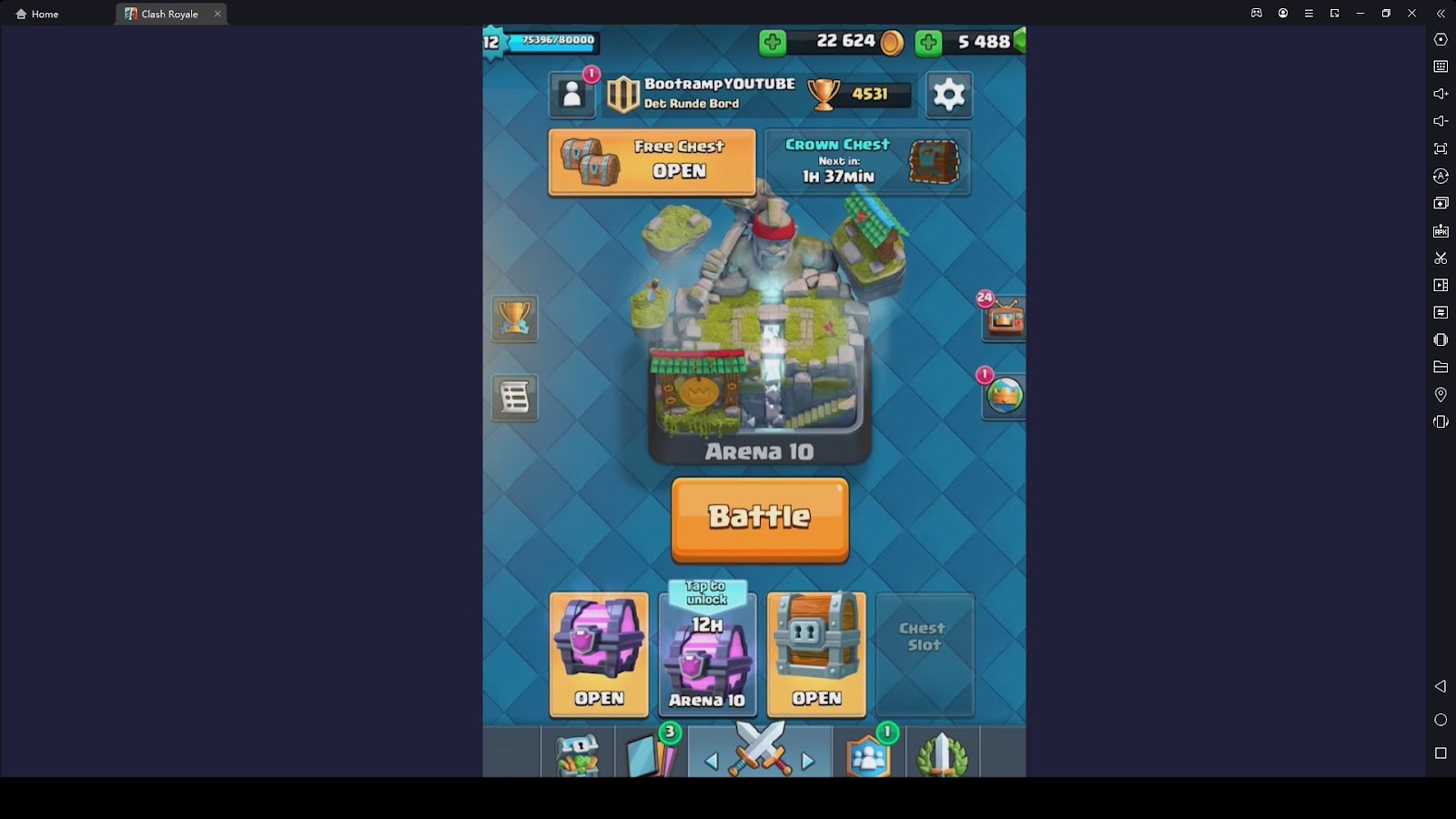 This funniest deck is introduced to the gaming world for the first time by the famous YouTube video creator called SirTag. So, all the guidelines and strategies in this guide about the Clash Royale funniest deck are based on his ideas of him. Therefore, without taking much time, let us go and see how funny this deck will be when using it to play Clash Royale on PC.

Okay, for the first time, you are learning to use strategies when you play the game using the Clash Royale funniest deck. First, you should use your Mini Pekka and the Giant to go and deal damage to the enemy tower with the help of the Rage skill and Zap. It can mark a huge damage to the towers of enemies. 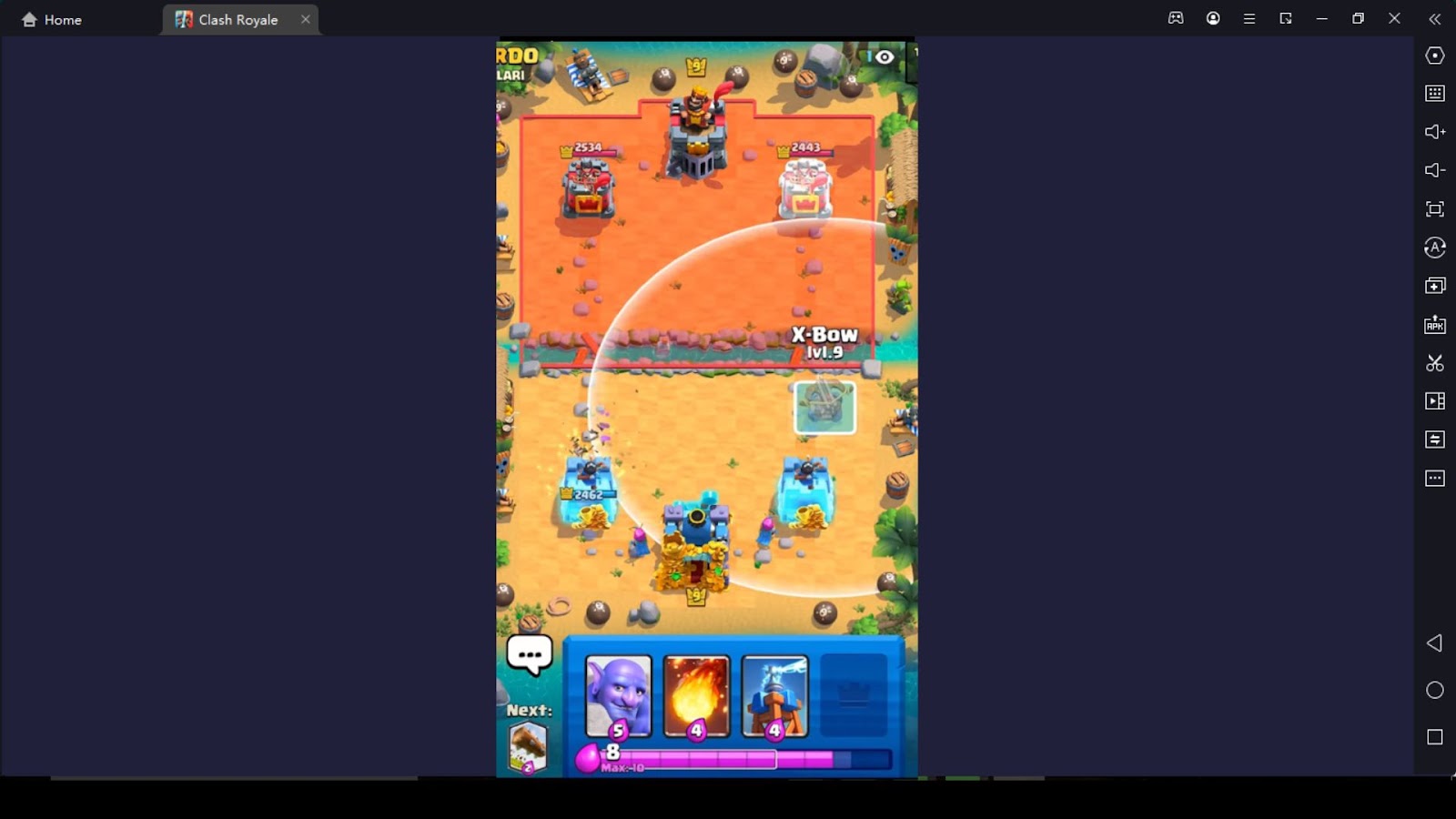 Then your enemy uses the Archer Queen, a good damage dealer, and you can use the Witch with her spawned skeletons against the Archer Queen. Also, you should put an Elixir Collector in your base if you run out of Elixir.

In this match with the Clash Royale funniest deck against the Log Bait deck, the enemy uses Goblin Barrel as the first bait while you summon Dark Prince to damage his tower. With the Mini Pekka, you can easily destroy the Goblin Barrel. But when he uses the Giant Skeleton, the Dark Prince will fail in front of him.

As your next unit, you can send Giant with the Mini Pekka to deal damage to the enemy tower, but then he will use the Skeleton Army. Even so, you can kill all the skeletons using a single Zap which means the Giant and Mini Pekka have the opportunity to damage the enemy tower and take it down. But at the same time, the Giant Skeleton will also take one of your towers down.

Then you can send the Giant to deal damage to the opponent’s king tower, but then he uses the Sparky to kill the Giant easily and then he sends Sparky units with an Electro Giant to destroy your tower. Here, you should use the Dark Prince, Witch, arrows and the Mini Pekka to deal with these powerful enemy units.

Again your enemy sends a Giant Skeleton to damage your king tower, and you send Witch and Mini Pekka with the Giant and Dark Prince not to damage his king tower, but to take it down, achieving three crowns in this match.

In this match, you can see the Giant dealing damage to your tower while using the Graveyard on it, but you should use Arrows and the Witch to stop them with Mini Pekka and the Zap. And then, to deal with the Bowler, you should use the Dark Prince immediately. 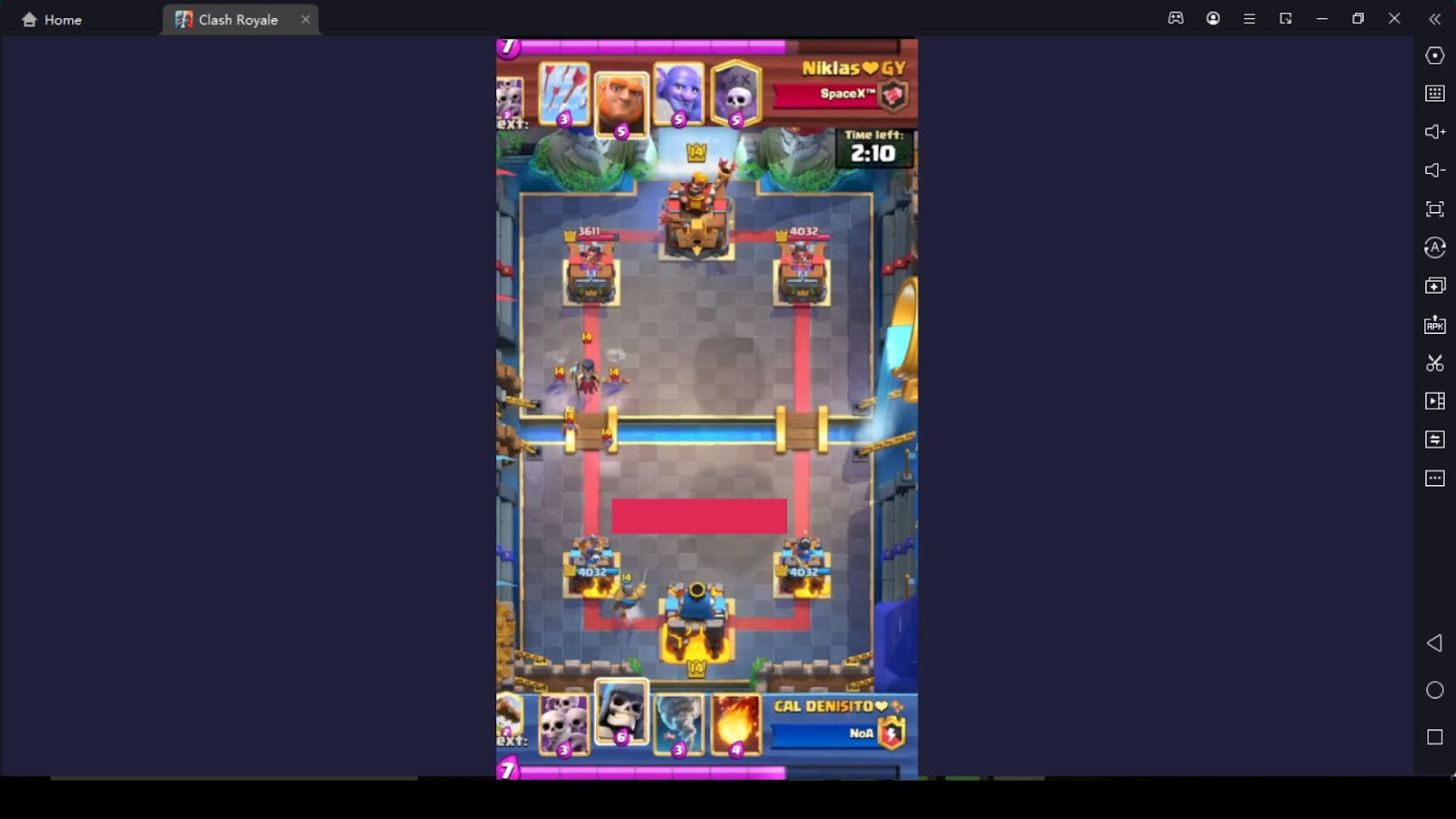 Then, your enemy will send another Bowler, and you should use Witch to deal with her while sending the Giant and Mini Pekka to deal damage to an enemy tower. Even though he sends the Skeleton Army and the Snow Ball to destroy your units, you can take down the opponent’s tower with the help of these super-strong units.

And after doing so, the Skeleton King will come along with the Graveyard ability to destroy your tower while throwing Fireballs. Still, then somehow, you can manage the situation without losing through the Dark Prince and the Witch.

Okay, now, you can send the Giant with the Witch and her Skeletons to successfully take down the enemy tower, even though there were many obstacle units, such as the Skeleton King and Tombstone. 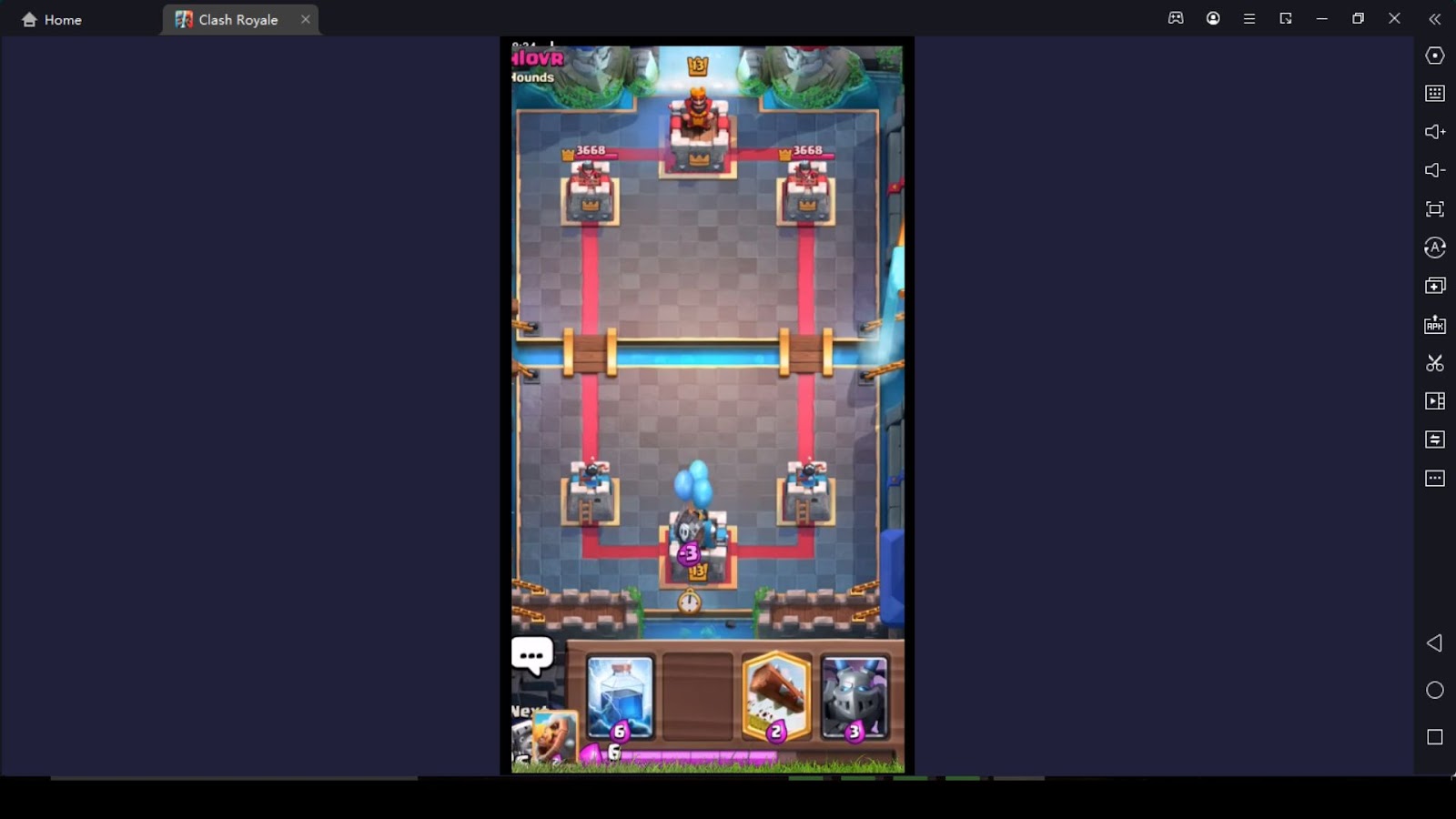 While putting the Elixir Collector, you should summon the Giant to the field with Dark Prince and the Mini Pekka to deal with the Golden Knight and the Cannon Cart and destroy the tower. Yes, you can take down the enemy tower if you use all these units at once. 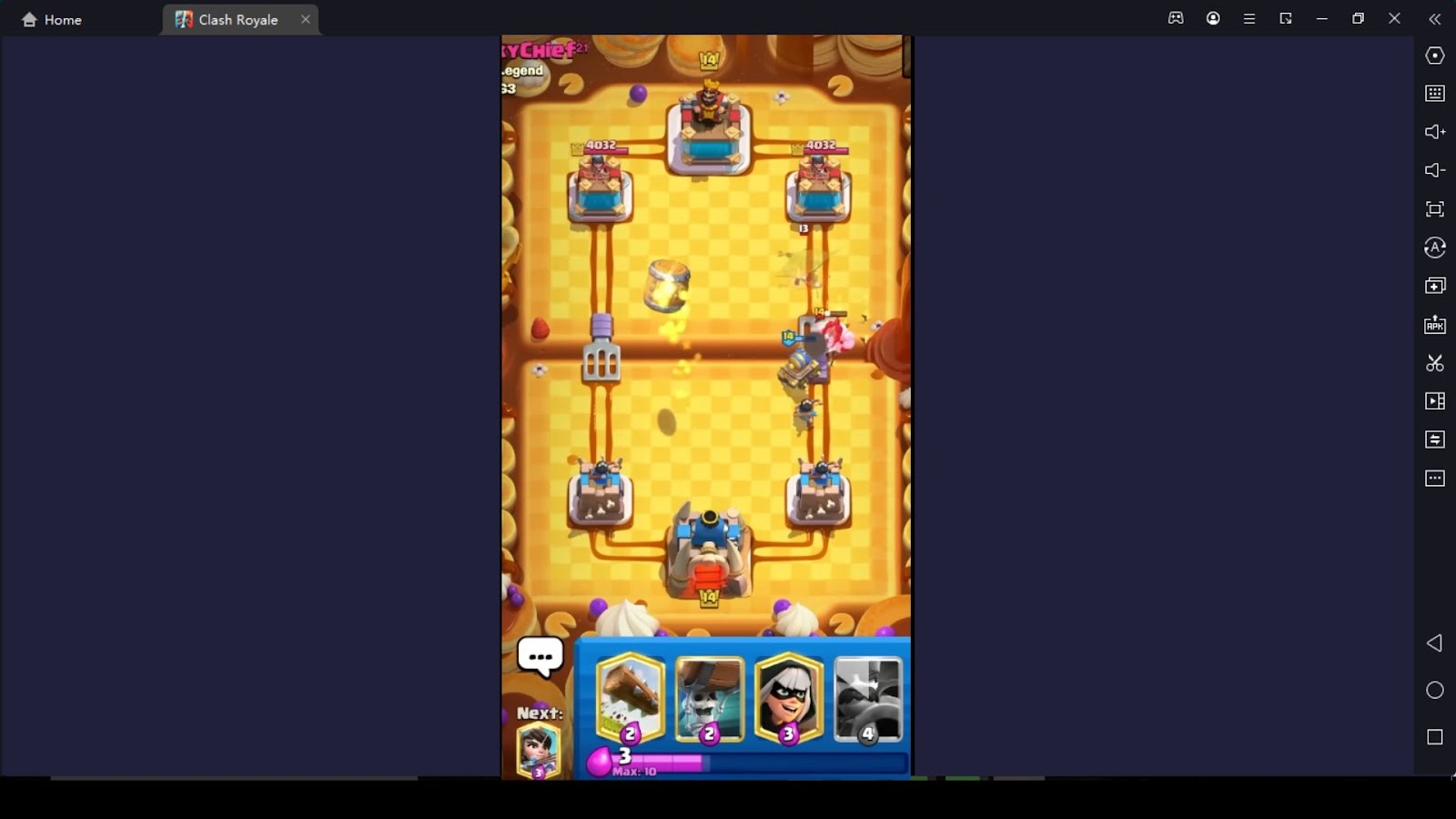 Here the opponents send you the Wall Breakers, and you should use the Mini Pekka to deal with them easily and the Mini Pekka will go towards the enemy tower. Then to prevent that, your enemy uses the Skeleton King with logs.

Then your enemy sends you the Wall Breakers to explode your tower, but before that, you must act quickly by using the Dark Prince against them. And then you should send the Giant and Mini Pekka to deal damage to the enemy tower because they are massive damage dealers.

After that, the opponent uses the Goblin Drill towards your tower with the Dart Goblin, but you can stop these units with the Dark Prince. And then you should send your Giant with the Witch to destroy the enemy tower, and before that, they have to deal with the Skeleton King, the Inferno Tower, and the Fireball.

You have to summon another Giant with the Dark Prince because the Skeleton King is on the way to attack your tower, and on the other side, you have to use Mini Pekka and Witch to destroy the Wall Breakers and Goblin Drill.

And then you should send the Giant and the Dark Prince to successfully take down the enemy tower by dealing with the Inferno Tower, Skeletons, logs and Skeleton Kings.

Do you know why you should use the best android emulator LDPlayer 9, to play this game on PC? Let us explain. 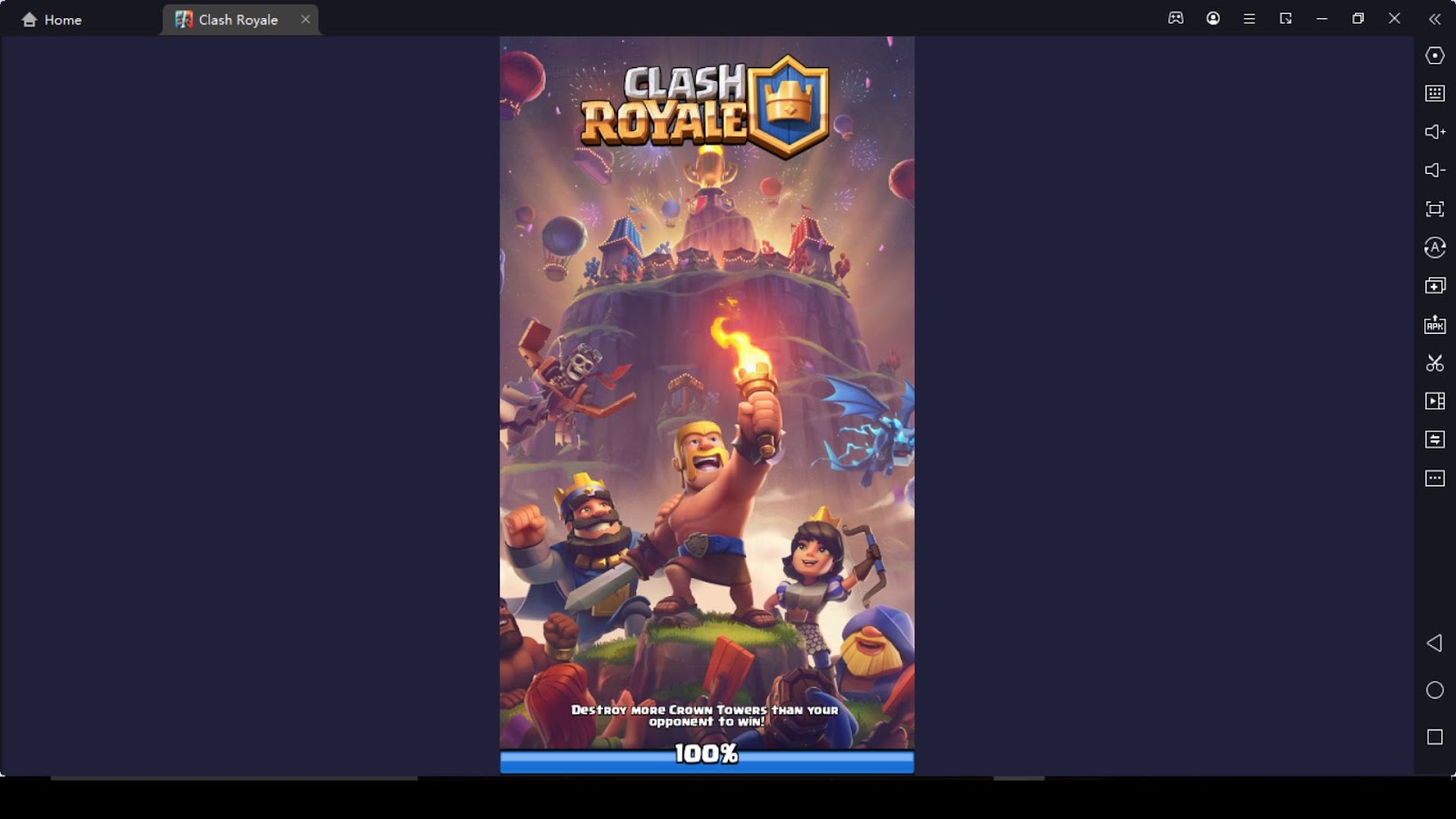 The LDPlayer 9 is rich in built-in tools and features to ease your gameplay while giving you the best and the most comfortable gaming experience. Also, it allows you to play the game with the highest quality graphics, no matter what kind of PC you use. Since the LDPlayer 9 is lightweight, you can install it on your PC without facing any bugs.

Therefore, you can play Clash Royale on PC with LDPlayer 9 if you like to enjoy the gameplay with this Clash Royale funniest deck.