To prepare for the upcoming 3.5 anniversary for Arknights, A special campaign for the release of Arknights’ 10th Story Chapter Release has been announced in order for players to experience the new story chapters, get extra materials and sanity potions and prepare themselves for the upcoming 3.5 anniversary events. In addition, to go along with this story chapter 10 release, brand new operators have been added into the game in the form of the 6* Defender Horn and the 4* Medic Chestnut.

In this guide, we will go over the details of the Story Chapter 10 Release Event Campaigns and advises players on how they can quickly accumulate resources to quickly clear the event and upgrade your team in addition to advising players on whether or not they should roll on the new rate up characters - the 6* Defender Horn and the 4* Medic Chestnut. 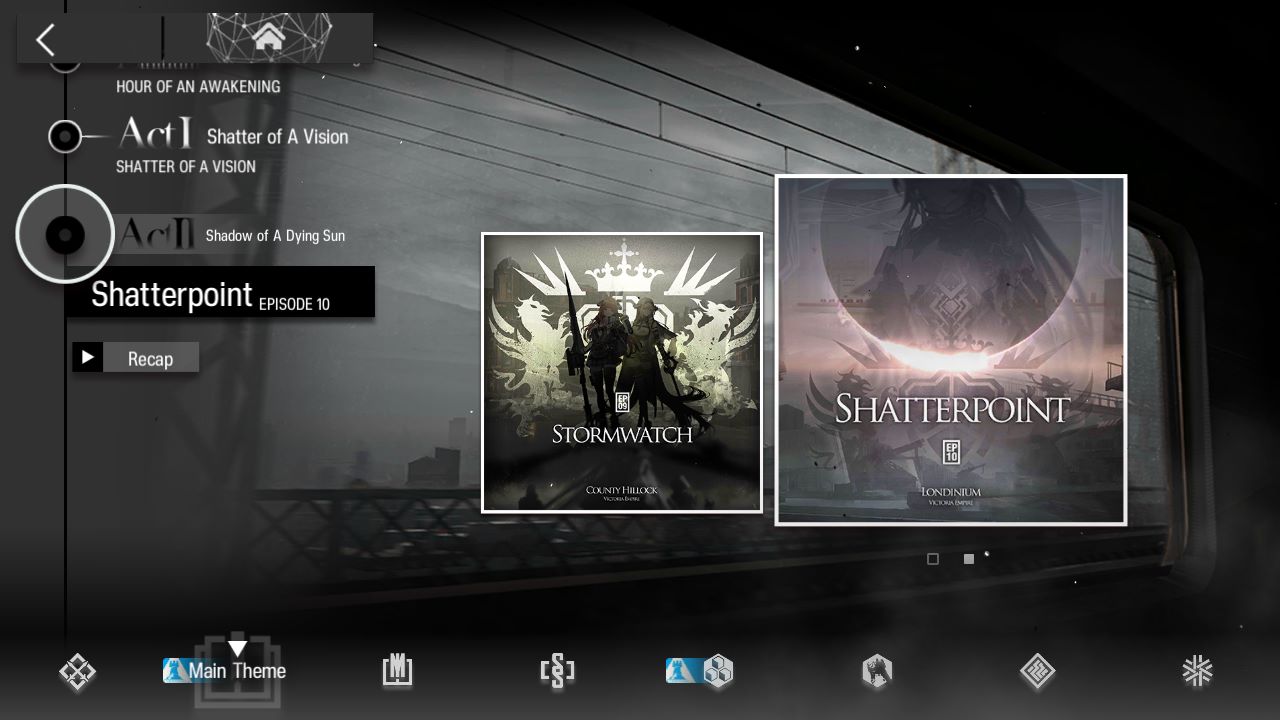 Let’s play Arknights on PC and find out together!

With chapter 10 of the story being released, special celebration campaigns will be available for all players to partake in during the event period, starting from the 20th of October, 2022. These Celebration campaigns include new Chapter 10 story and stages, special event exclusive drops available for a limited time and brand new game mechanics added into the game to make it easier for players to have a better enjoyable experience.

After almost 7 months of waiting, Arknights have finally released its newest permanent story chapter - chapter 10 Shatterpoint featuring new bosses, a brand new reward system and challenge stages for all players to challenge themselves and clear.

In order to start chapter 10, all players must first have finished chapter 9-21 and read all of the chapter 9’s story. In addition, chapter 10’s stages are extremely hard to pass with various difficulty spikes dring boss stages, therefore, players should be absolutely prepared before attempting to start clearing this chapter of the story. 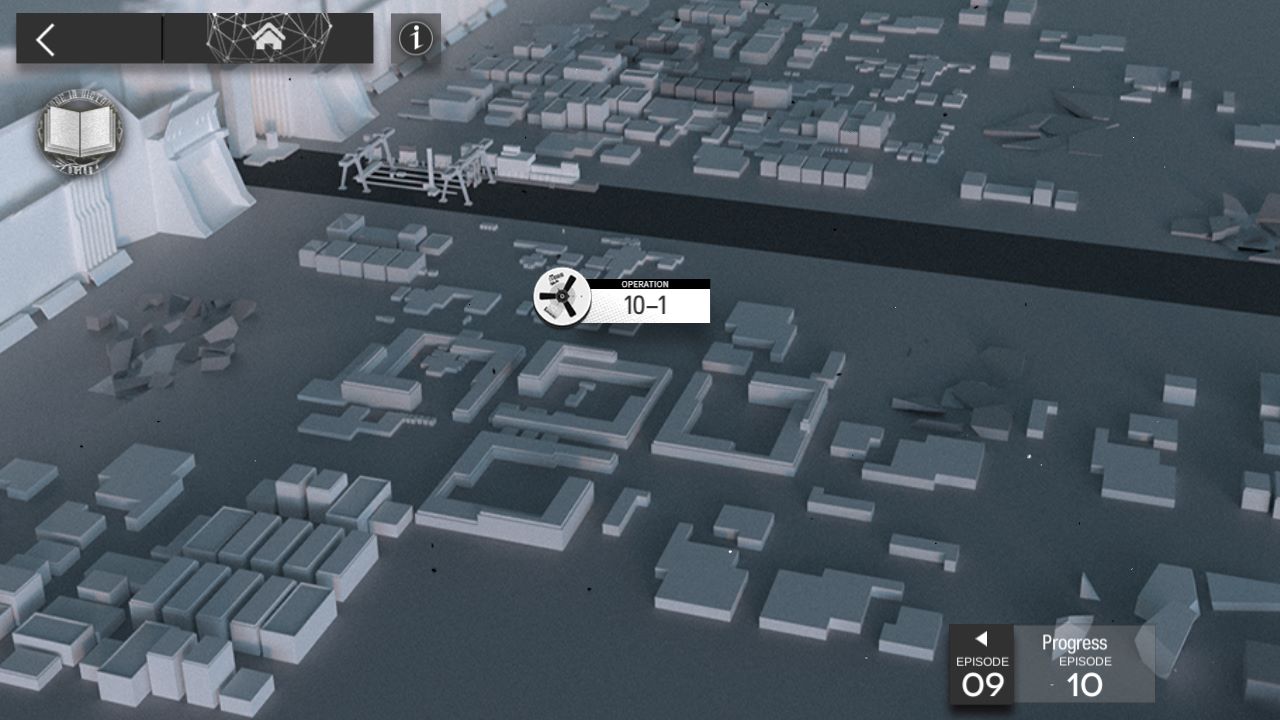 While clearing the main story, players will get access to a special reward mechanic once they have cleared the story up to certain boss stages. The rewards will be accumulative and will be rewarded depending on the level of difficulty of those stages that the players choose to clear them on. Rumors have it that there’s a special free operator available for grab from this new type of reward system, so players should look out for that. 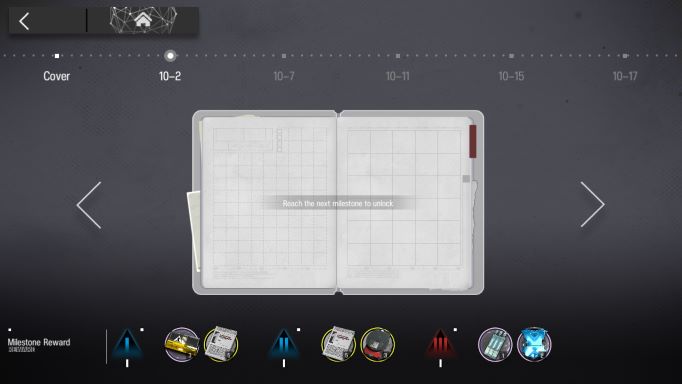 During the celebration campaign periods, every story stages and certain material farming stages will have a chance to drop 2 specially available materials for all players in the form of Small Emergency Sanity Potions and Rhodes Island Supply Chests.

These special event items can be obtained by randomly being dropped after the players have cleared the select stages. The chance for these items to drop increases proportionally to the amount of sanity cost of the chosen farming stage, so the higher the sanity cost, the more likely it is you will get these items.

However, it is recommended that players should farm the 1-6 stages for maximum sanity/drop proficiency as not only does the stage cost less sanity per run to run, it also provides players with one of the most important resources in the game: Originite Rocks, making it highly efficient to run this stage over and over again to get good results.

Small Emergency Sanity Potions will recover the players’ sanity ( or stamina) by 40 for every pot used. This is absolutely essential for all players to stock up on as the upcoming 3.5 anniversary event will require a lot of sanity to go through in order to obtain the most amount of rewards. So players should take absolute advantage of this opportunity to stock up on these potions. 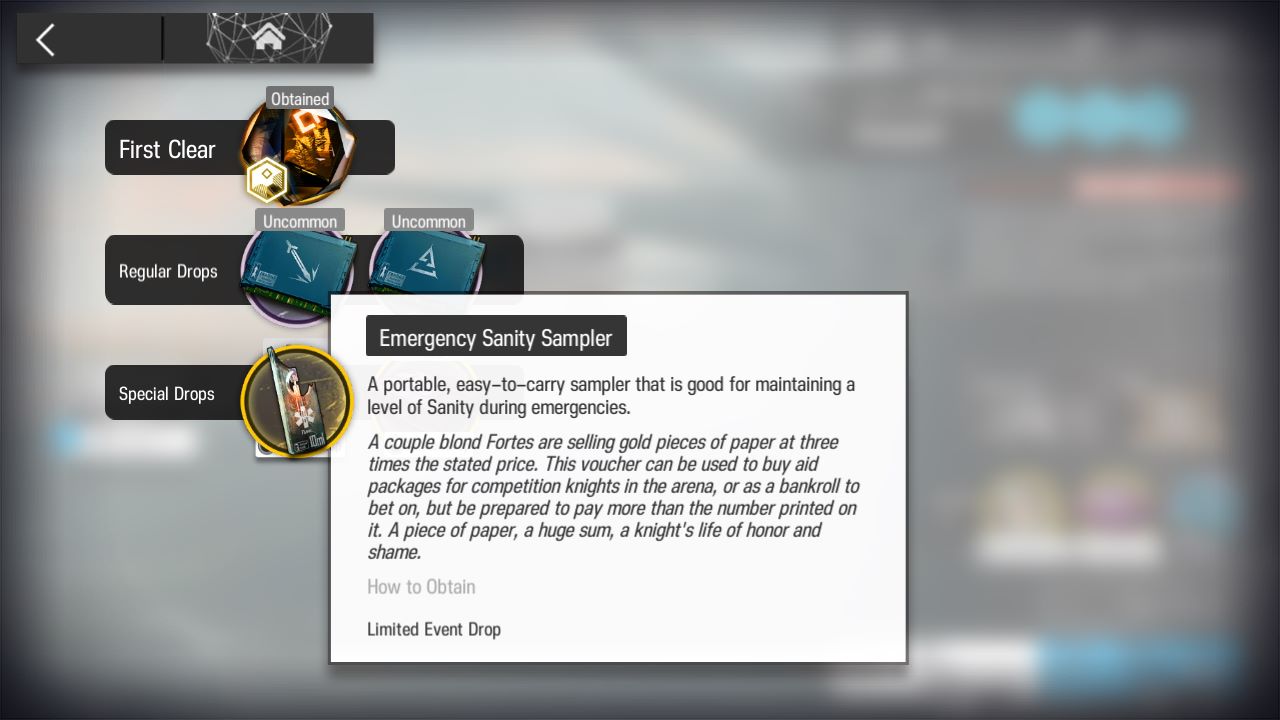 Rhodes Island Supply Boxes, once used, will supply players with a random material, which all can be used to upgrade operators and strengthen your squad for both chapter 10 and the upcoming 3.5 anniversary event. The more boxes you farm, the less time you will need to spend on farming for those materials afterward, so players should absolutely stock up on these boxes. 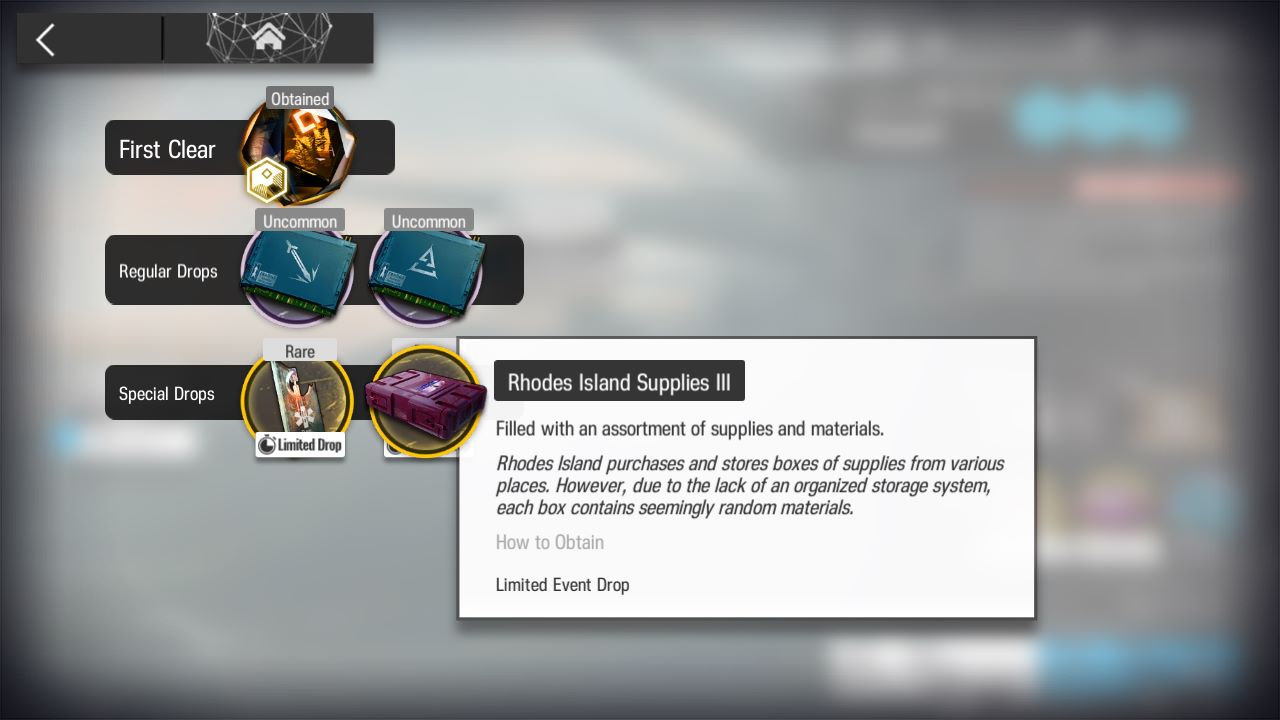 In addition to the events to celebrate the release of chapter 10, new game mechanics and quality of life systems have been added to the game.

Players can now freely choose their lobby’s music, helping players to replay their favorite songs while farming the game. In addition, special songs will be available for a limited time during the 3.5 anniversary event, so players should also look forward to that.

A brand new story difficulty has been added to the story mode of Arknights in addition to the usual normal and challenge difficulties. Players who have yet to clear the story up until chapter 10 can use this mode in order to clear the story quickly and read the new story chapter in its fullest. Enemies in this difficulty will have less attack, a lot less HP and are generally easy for all players to clear. However, there will not be any rewards for clearing stages on this difficulty so this is a point players should pay attention to.

Finally, some new addition will be added to the Recruitment system, namely the 6* Vanguard Bagpipe. Therefore, if it is possible players should get the Top Op tag in order to get Bagpipe to join your roster of operators.

Special Rate Up Banner - Should You Pull

Together with the release of chapter 10 - Shatterpoint, a brand new special rate up banner will be available, featuring 2 new operators for players to gacha for - The 6* Defender Horn and the 4* Medic Chestnut. 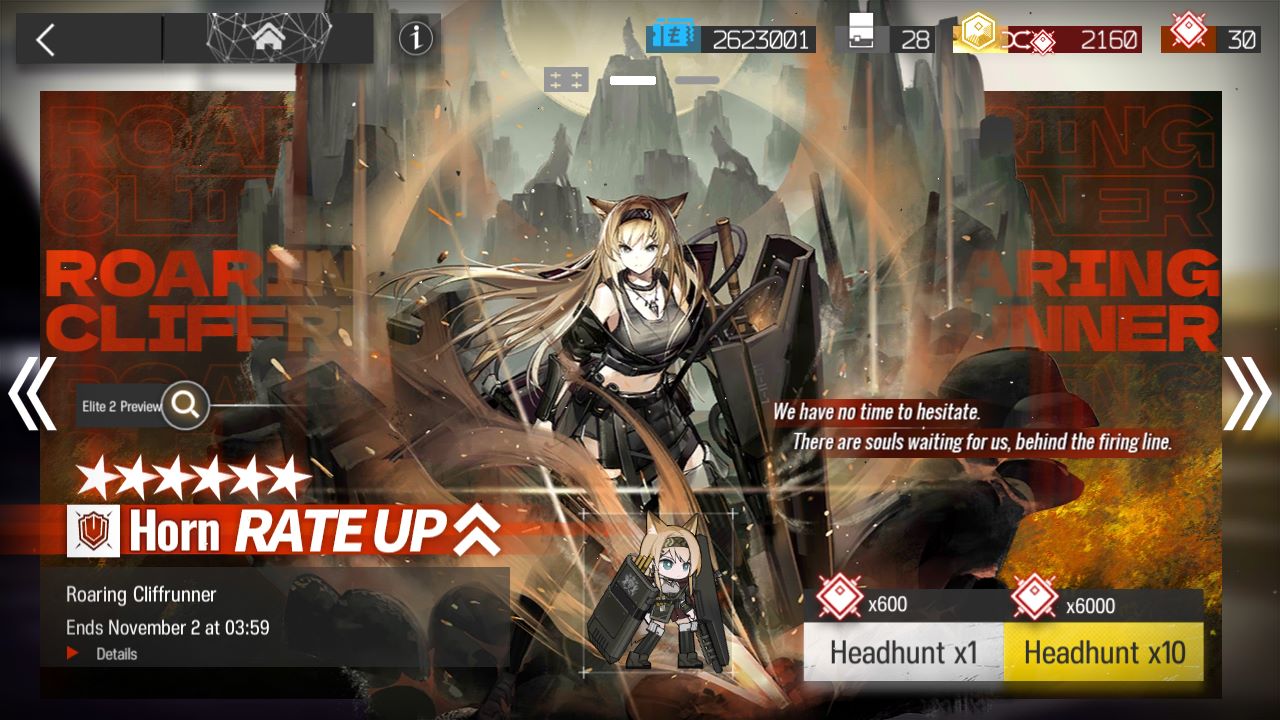 Chestnut is a 4* Wandering Medic that specializes in healing allies off of elemental damage, making him one of the few operators in the game who can help  to deal with annoying status afflictions from seaborn enemies and other afflictions.

This property makes him one of the most valuable assets in order to combat annoying stages and annoying enemies that inflict elemental damages and stun your operators. 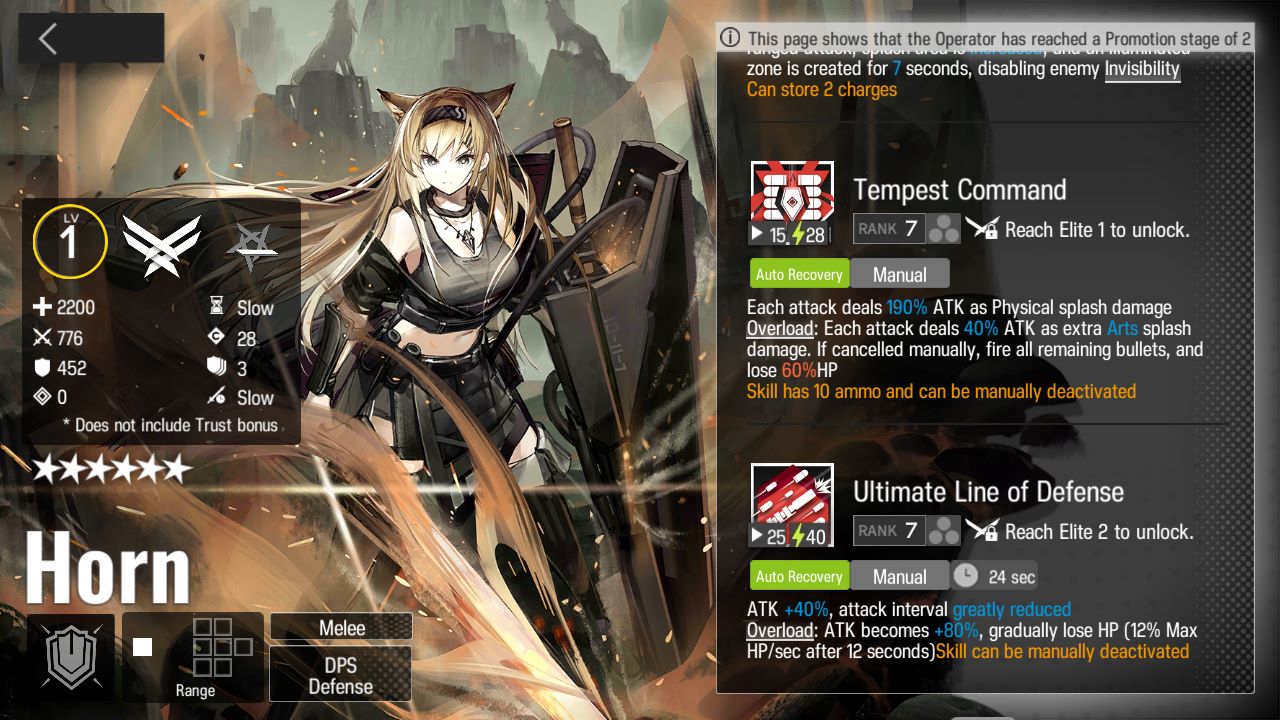 Horn’s kit revolves around her ability to deal massive amounts of physical damage to enemies over long distances and sending a barrage of grenades and absolutely decimating them. Horn’s skill 2 allows her to send up to 10 grenades to the enemy’s point and deal massive splash damage to all of the enemy.

Horn is essentially an AOE sniper in the form of a defender and she is one of the best operators in the game in terms of utility and damage output in the current Arknights meta.

The answer is both YES and NO. Yes, because this banner features two of the best operators in terms of utility that players will not regret getting even if they spend the majority of their resources on them. No, because the 3.5 anniversary event is coming up next after this banner and it features a limited time available character, so if players want to roll for her, they should absolutely save up their resources, just in case. 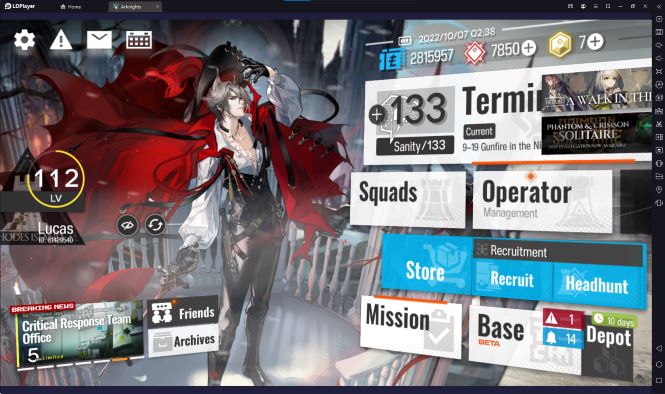