In preparation for its 2.5 anniversary, Arknights recently introduced a brand new game mode with almost infinite replay ability and costing 0 sanity to play, allowing players to spend their time playing Arknights however and whenever they want to. This new roguelite mode is called - Phantom and the Crimson Solitaire.

In this guide, we will go over and explain the many confusing mechanics of Phantom and the Crimson Solitaire or Integrated Strategies 2 game mode and advise players on how they can get the most amount of rewards out of this mode in the shortest amount of time. Let’s play Arknights on PC and find out.

Recently introduced and implemented, LDPlayer’s 9.0 new and improved emulator is the perfect choice for players wanting to play Arknights on PC.

Not only does LDPlayer 9.0 allow players to easily download and play Arknights on PC, it is also designed and specialized so that players can have the best experience playing Arknights on the highest FPS and highest graphics. Using its keyboard-mapping function, players can clear Arknights stages by simply pushing keyboard buttons, in addition to being able to do the most famous Arknights trick - the Pause deployment trick, making it immensely easy for players to quickly clear stages and farm to the best of their ability.

First introduced on July 20th, 2022, Integrated Strategy 2 - better known as Phantom and the Crimson Solitaire, is Arknights brand new Permanently Available game mode,filled with different mechanics and rewards waiting to be claimed. In this mode,players will be faced with numerous randomly generated battle stages, which, when cleared, will grant players a great deal of rewards and materials in order to upgrade their team and help further their progress in Arknights.

Phantom and the Crimson Solitaire’s central mechanics can be divided into 3 different categories : Expeditions, Gameplay mechanics, and Rewards.

Expeditions or Investigations are essentially the roguelite aspect of this game mode. When starting an Investigation, you will be faced with a number of randomly generated nodes, including Battles Nodes, Event Nodes, Shop Nodes and Safe Nodes. Clearing a path laid out with these Nodes and you will be able to clear a Floor. 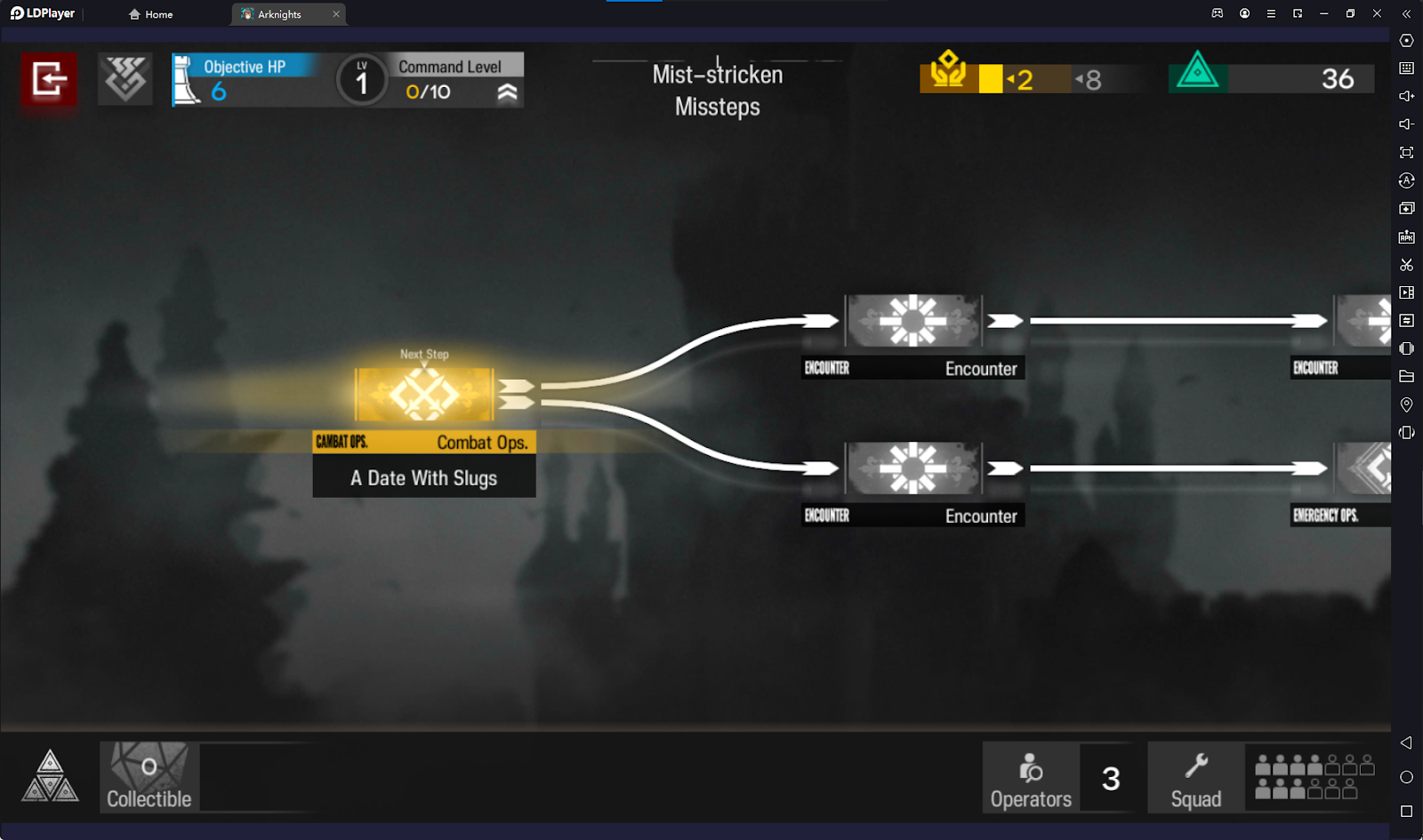 In this mode, there’s a total of up to 7 Floors, with floor numbers 3,5,6 and 7 including a Boss Node that you need to clear. In order to complete an expedition, you will need to obtain an ending by defeating the Boss of the last floor you are able to access, otherwise, your expedition will end prematurely and you won’t be able to claim the most amount of rewards.

Some of the most important gameplay mechanics in this game mode includes: 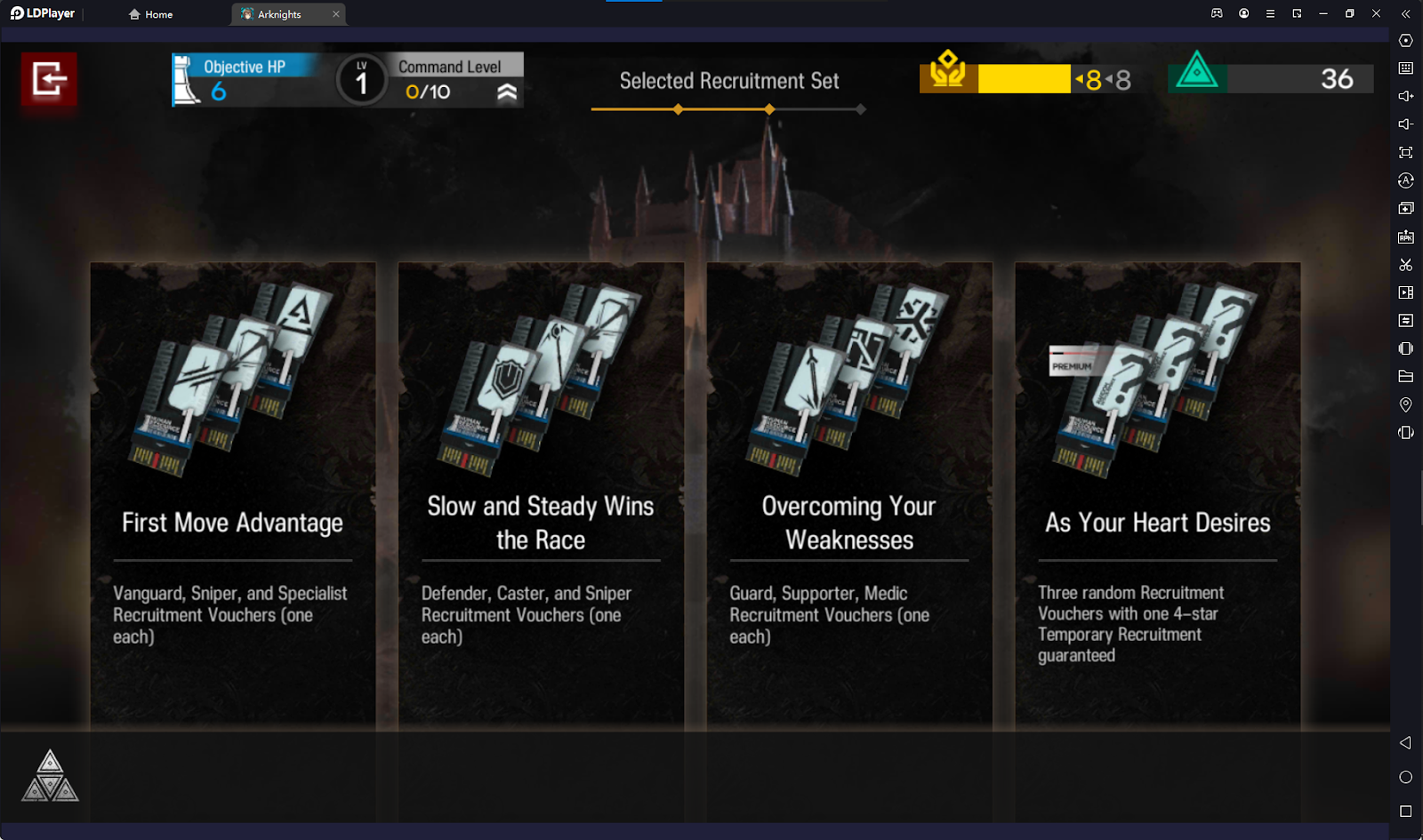 In order to form a squad of operators in this game mode, you will have to obtain certain class specific Recruit Vouchers and spend a certain amount of Hopes in order to recruit them into your team. 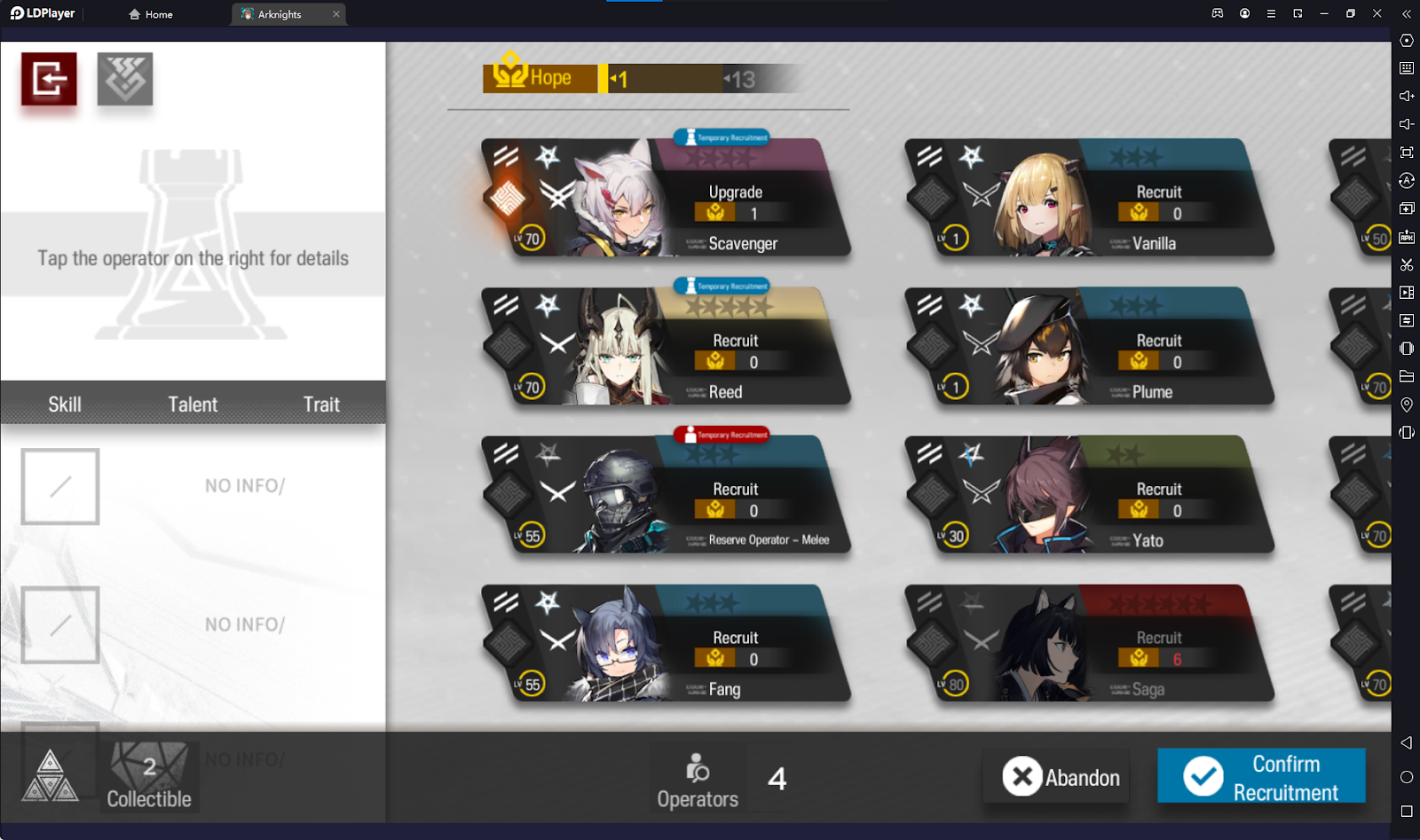 In addition, to upgrade an operator further, you will need 1 extra recruitment voucher of their specific class and spend an additional amount of Hope in order for them to reach their maximum potential.

- Base HP: This shows the amount of HP that you have and is shared throughout the battle nodes during the expedition. If you let an enemy get to your base, this HP count will be decreased by 1 for every enemy. Once this number reaches 0, you will automatically fail your Expedition. - Artifacts: On certain nodes or after clearing Battles Nodes, players will have the chance to obtain special Artifacts that boost the team’s power and grant the team unique abilities, helping you to clear the Nodes quicker and more efficiently. In addition, certain artifacts will unlock new endings to the expeditions. 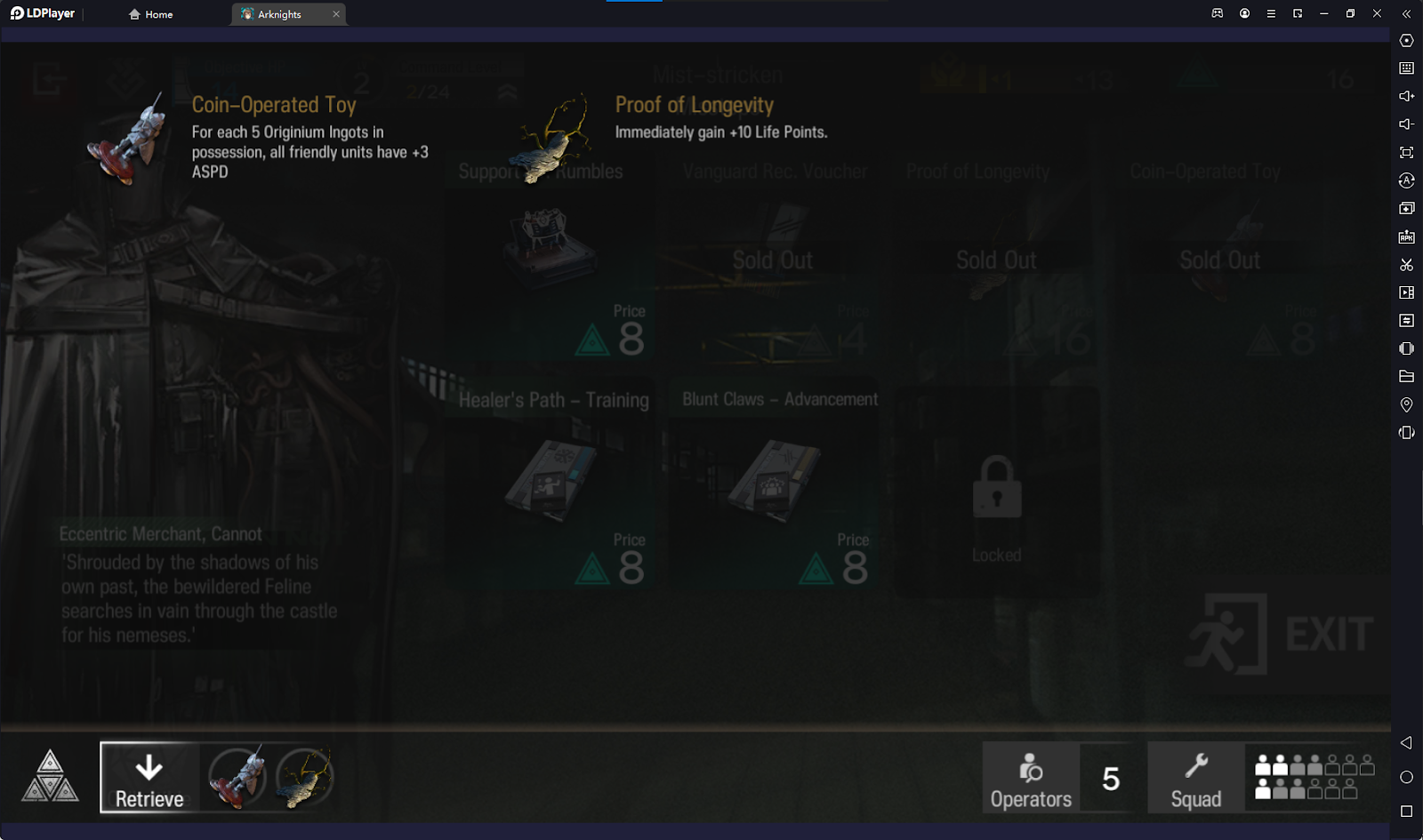 - Shops: Entering these nodes will allow you to purchase specially available items such as Class Specific Recruitment Vouchers, Special Artifacts and Items that allows you to upgrade your operators without having to spend Hope. In order to buy items, you will need to spend Originium Ingots, which can be obtained by clearing battle stages and event nodes. By completing Expeditions, you will be able to claim a certain amount of Candles and increase the level of Rewards you will get. This special point ladder is increased monthly, with new rewards being added every month, including special Operator - Shalem, LMDs and EXPs, and a specially designed L2D skin for Phantom. 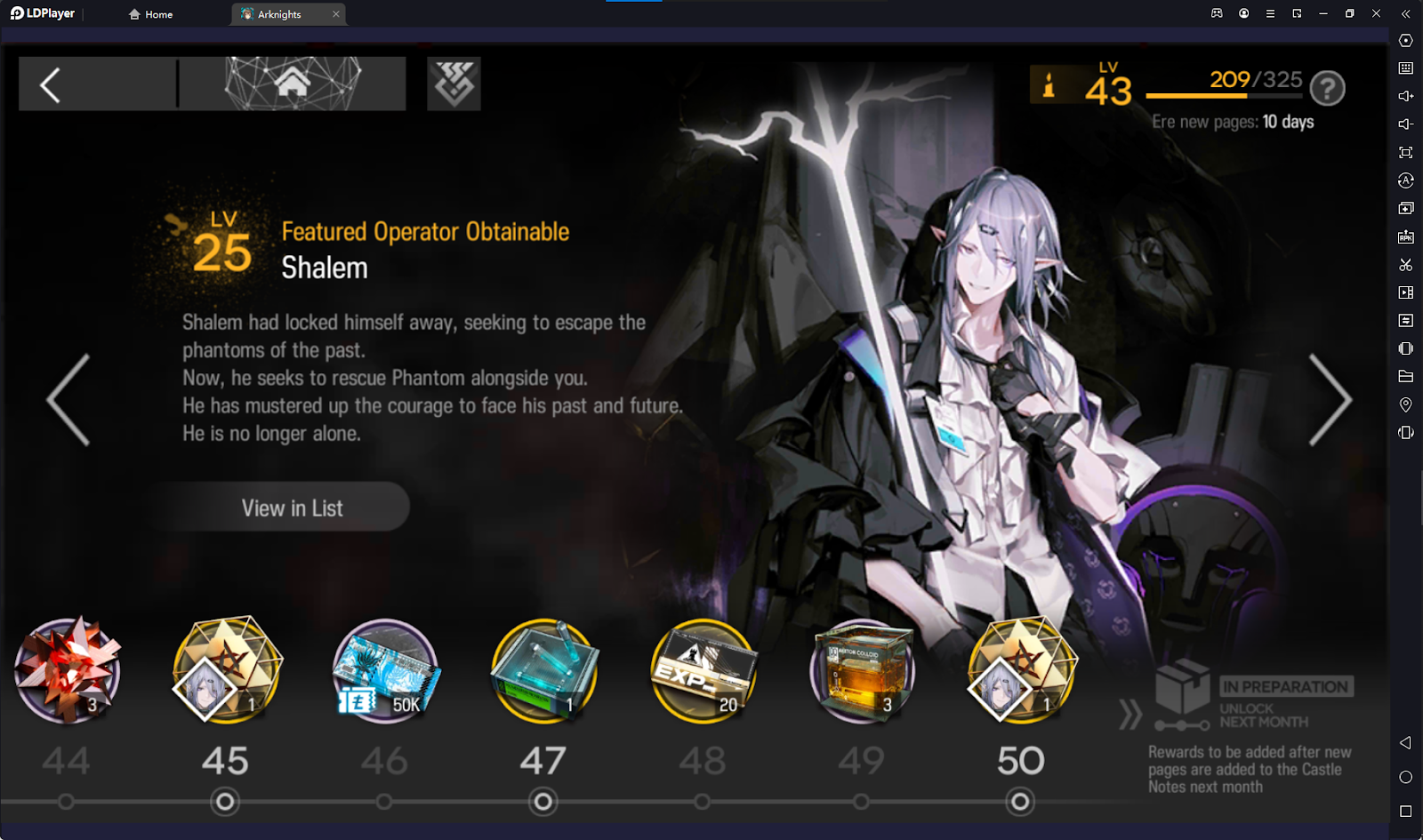 What Should You Do to Maximize Your Rewards

Starts Small And Work Your Way Up

There are 3 difficulties in terms of Expedition and you should start from the easiest difficulty first in order to unlock new collectibles and artifacts that will aid you in harder Expeditions. If you can clear the entirety of an Easy mode Expedition, you have enough power to start attempting higher difficulty ones.

Operators you can recruit in Phantom and the Crimson Solitaire scales proportional to how they are in your actual squad in game, right down to their stats and abilities. So if you want to have an easier time in this mode, upgrade a variety of different operators in your teams.

The lower the operator’s rarity, the less hope they cost and the more operators you can recruit. Therefore, focus on recruiting 4 and 5* operators, with some 6* operators being your ace to kill bosses or to cheese stages, that way, you will have an easier time to clear the stages with Hope to spare for emergencies.

Do Not Be Hasty

This game mode is a Permanent Game Mode, meaning it will always be available for all players, therefore, players shouldn’t be too hasty when trying to get all the rewards of this game mode right away. Instead, you should take your time clearing stages and invent better clearing strategies, all the while enjoying the endless replayability of this special game mode offered by Arknights.