Arknights Best tips for a quick win over

Did you download Arknights on PC but you are still a beginner to this tower defense RPG? You might face some difficulties in getting used to this game, and everything is filled with complex scenarios. Yes, of course, the tutorial part of this game is quite impressive, and developers have just done a marvelous job on the tutorial part. But there are still some things hidden from the vision, and your weak knowledge of them can completely devastate the hope for a win on Arknights. When you have complete the missions from 0 to 11, there are some difficulties to move on for the next chapter. You can’t do it in easier. It cannot be solved through currencies, but you need some great strategies. Your progress on the gameplay can only be gain through these tactics, and here we provide you with the best tips for having a quick win over on the gameplay.

Operators in the Arknights are taking a chance to have a banner in the first half of the game. There is a gacha system in Arknights that helps F2P players, and every new player is earning a special banner.

So this banner helps have 21 pulls, and it helps to start with your team. This is the initial state for a team. The reason for becoming this banner special is that it has a half cost than the usual pulls. And also, it will always give you an operator of six stars or five stars. When you are finished with the first section of the game tutorial, you now have the orandum and orgonite prime. Those can be used to have 21 pulls. That is the first duty in the gameplay that every player has to do. If you use this banner before investing resources in characters or spending the orandum for other pulls, it will surely give you a clear idea of what you have to prioritize.

You can go into an option for rerolling as well. But it is not essential and needful. The characters with six stars in this new player banner are capable of clearing stages and clear many of the early missions you see in the gameplay.

Using the selection of 5-star characters

When there is mail on your account, there will be amazing goodies in there. There is an exchange voucher for 5-star operators among them, and it is an offering for every player. This becomes a reward because of the reach of 1,000,000 pre-registrations that happened globally. This voucher will help you select some fantastic characters like Pramanix, Silence, Liskarm and the Projekt Red. 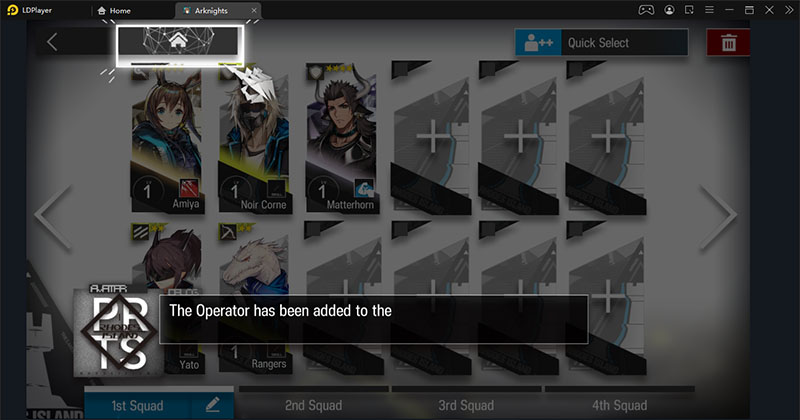 When you have to decide which character to choose from them, it must be tough because all these four operators are excellent. If there is a favorite among them, don’t be hesitate, just pick it. But if you are a player who is seeking for maximizing the utility, then it is better to use other pulls as well. Then you can choose a character that is good for filling the weak spots on your team. If you lack assassins, you better go for the Projekt red because it will be a great choice to fill that spot.

When there are 21 new player pulls right behind you, it is better to search for more realistic ways to earn some new characters. It will be helpful for you as a F2P player. So that is why you need recruitment.

You have to maximize the timer in recruitment and go for a good trait. It is necessary to earn five or six-star operators like this way. Earning them can be done by Rerolling and you should know that all of the operators on the entire game Arknights can be found on recruitment and your only task is to get the right traits. Here you could get the best reroll guide for Arknights. You can unlock many new features by completing the stories in Arknights. There are multiple reasons behind this, and it has to be done as soon as possible. You might become so familiar with each class and its primary functions in the tutorial. And also you might learn to pick some new operators as well. Remember that these all missions are responsible for unlocking some essential features. Those will enable you to be more effective in the game.

Mission 0.2 will give a player access to two recruitment slots, and the mission TR-5 is where you get the combat comrade slot. At the same time, mission 0-10 will let the players shop. And remember that you will take access to the base by mission 0-11. Some missions are 1-1 and 1-5, and those are noteworthy for unlocking the 2.0 control center. And also, it will operate the annihilations as well.

The quite impressive thing you can see on Arknights is their characters. There are some low-rarity ones, and even they can do a better role in specific situations. Every operator you see here has its own unique skills and abilities. And all of those abilities would be very helpful in some points of the gameplay.

But as a player, you may like to get used to a core team in most everyday situations as encounters. This team will have two snipers, two medics, two vanguards, and one or two defenders. You can use these tactics to decide on spending the EXP cards.

If there is a three-star rate, you have to adapt with some new strategies and with the team to complete new missions. It doesn’t count how clever and skillful your cores are; they can stand with enemy attacks without the proper ability. There are certain missions to be assaulted with fast-paced enemies. These enemies will charge you by your tower with multiple lanes. Here, you have to consist of at least two or more vanguards, which will help you block those offensives. You have to face off right against some minions with high DMG in other missions, and the defenders counter them.

You will also face the ranger countered Arial units, AOE caster countered swarms units, Arts damage dealer countered high armor units and so on. You have to observe those and make strategies according to them. And be more adaptive with the situation.

If you want a better character rather than using the new player banner, the most obvious way is to reroll. Sometimes talking about the rerolls might also give you some headache due to its time taking and the waiting. But there are no such problems anymore because you are using LDPlayer. 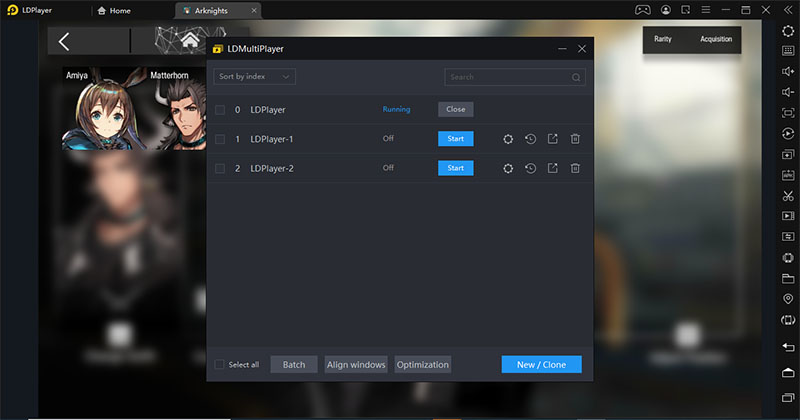 Use the Multi-Instance Sync feature to have several rerolls at once by just having your emulator copies, and there is no need to wait and see. You will have numerous rerolls at the same time and earn the best operator you want.

Arknights will be so much easier to quickly win over with the correct strategy use and the proper gameplay. It needs some more practice than what you see on the gameplay, and use these tips to become better at your gameplay on Arknights. Everything you see on the first gameplay here would not be the same, and there is a lot more behind his gameplay.

Without knowing them all, you cannot go for a quick win over and here is the best way to be a winner at all. So take your steps and become a quick winner with Arknights.