We'll go through some of the top low-rarity operators (4★ and under) in this article. Operators with low rarity have lower DP and upgrade expenses than those with rarity 5★ and 6★. However, they should not be considered as substitutes for higher-rarity Operators in most circumstances and rather be used as temporary substitutes until higher-rarity Operators can be procured and resources collected to create them.

This article does not suggest that you max out all these Operators. In reality, 2★ and 3★ Operators will not be feasible for the ordinary player till the end. There is no strict rule for how high or low-rarity Operators should be trained; each player should use their own decision. If you're seeking some basic advice, most 3★s should not be raised beyond E1 Lvl 30, and most 4★s should not be advanced to E2. Just keep in mind what you're doing before investing that much stuff.

Lancet-2 and Castle-3 are 1★ Robot units with a variety of unique characteristics. Lancet-2 has a promising potential that restores 500 HP to all deployed troops for only 3 DP, making her ideal for usage as an emergency healer. Castle-3, when used to its full potential and for the same inexpensive 3 DP cost, enhances all melee Operators' ATK and DEF by 20% for 20 seconds, thereby assisting teammates in surviving a difficult wave. The Robots are also ideal for luring a high-damage assault or an enemy's nasty special ability because they ignore the Unit Limit.

Lancet-2 and Castle-3 are valuable resources that should not be neglected. Their small percentages, but on the other hand, they render them nearly useless outside of the utility described earlier.

12F is important since he can do AoE Arts damage for a lower rate. On stages where you are overwhelmed by hordes of opponents, AoE damage is crucial, and you may require many AoE Operators to tackle the assault. His Talent also grants him a lot of Physical Agility, which might come in handy while tanking ranged bosses (i.e., Faust). 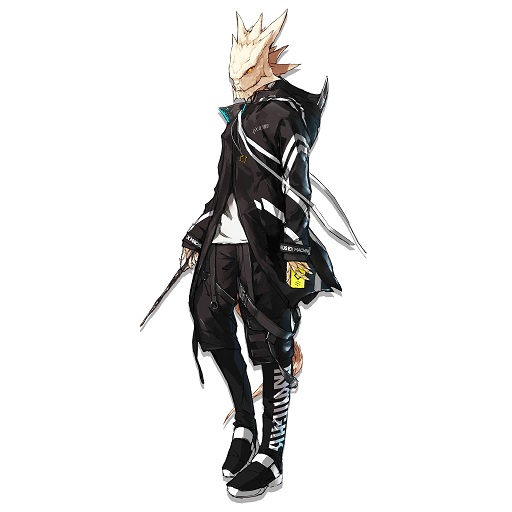 Rangers' strength is in his ability, which enhances his attack against aerial opponents by 50%, making him better than some higher-rarity Shooters. However, he will be vulnerable to everything else. 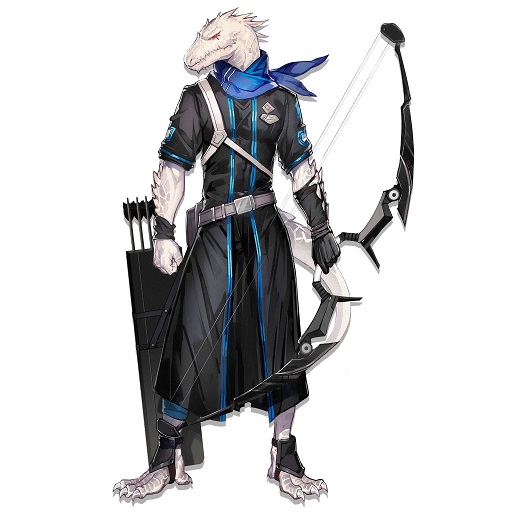 Melantha is the face of the "Don't Ignore Your 3★s" advertisement. Her job is that of an executioner; hence she is sent into battle to eliminate threats such as single enemy troops in map corners, and then she is sent back. She has a comparatively low DP cost as well as upgrade costs being reasonable. Also, she has unexpectedly high stats for her rarity. She is a formidable Guardian in the early game and also has late-game utility. 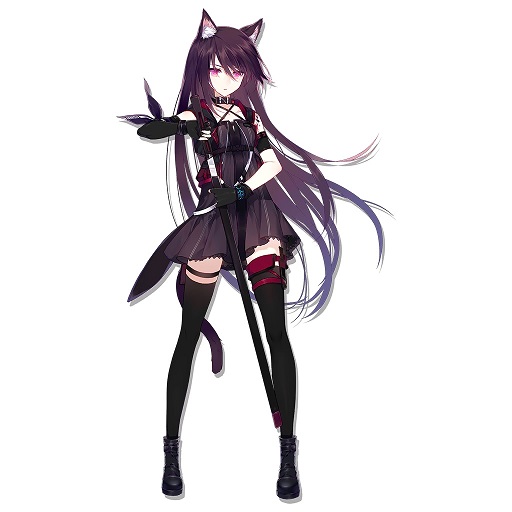 Kroos possesses some of the highest single-target DPS of any Sniper below E2 for a certain category. She doesn't need to be actively controlled because her skill is automatic and on-attack, making her particularly beginner-friendly. 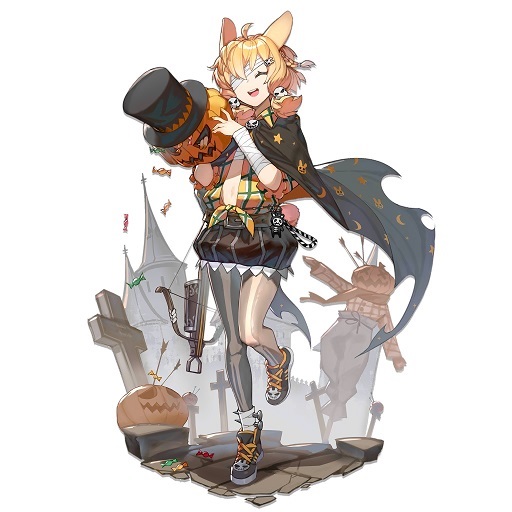 Midnight is a 3★ Ranged Guard with a Skill that converts his hits into Arts damage. Although he is outperformed by higher-rarity Ranged Guard Lappland, having both can be helpful, particularly because Midnight can select when to trigger his Arts damage, whereas Lappland's Skill is activated instantaneously. 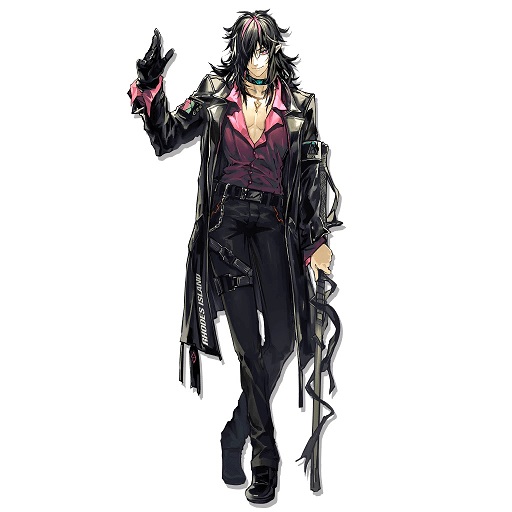 Beagle is a Standard Defender provided to all players as complementary and is an excellent early-game Defender. Although high-rarity Defenders such as Cuora outperform her, players frequently require 2 to 3 Defenders to stop all opponent pathways on a map; thus Beagle can be very useful for a long period of time. 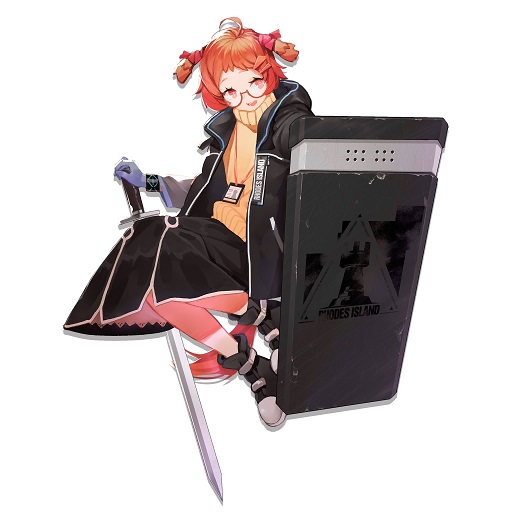 Lava is an AoE Caster with good stats which really can handle hordes of enemies until you have 4★ Gitano or 5★ Skyfire, which are general enhancements. The player can select to raise her, 12F, or even both, as the two functions effectively together if other AoE choices aren't available. 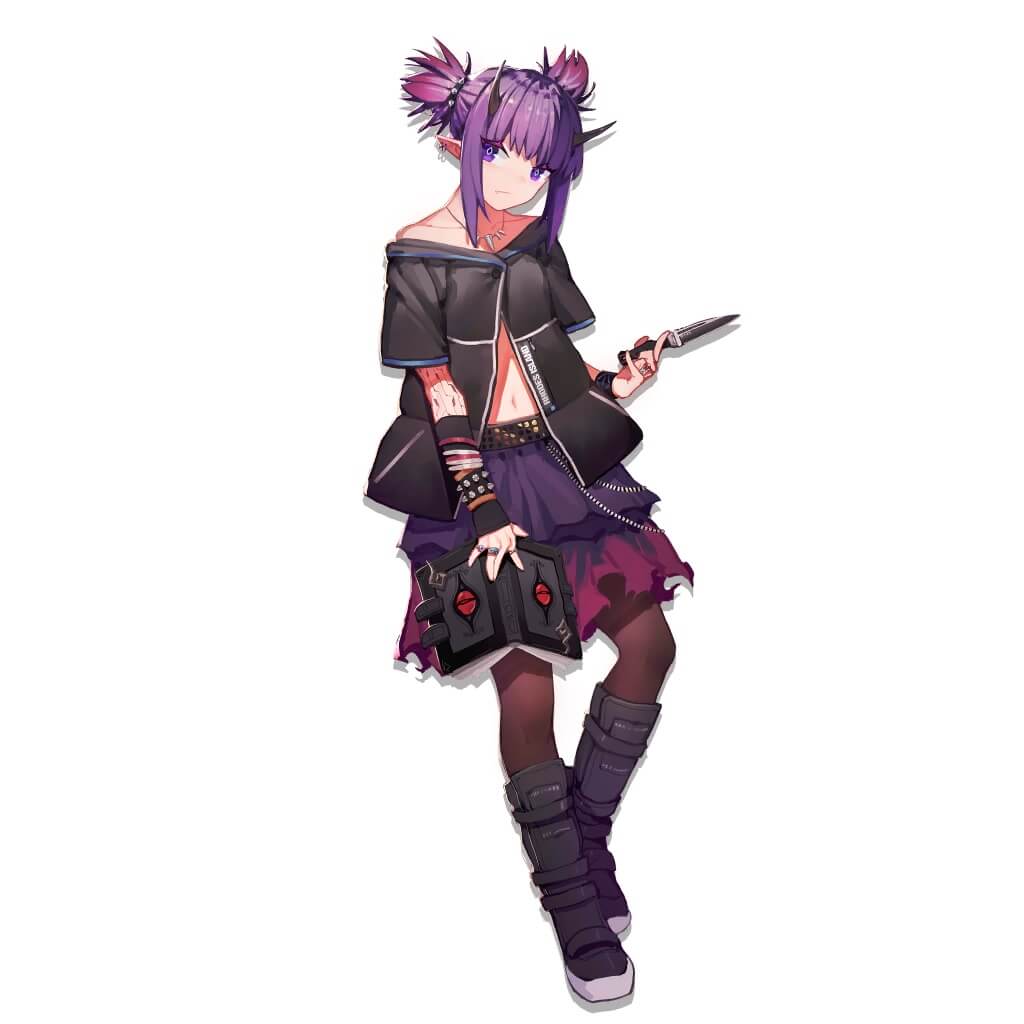 Ansel is a Medic with a rare ability that allows him to expand his reach far beyond regular Medics, proving him particularly valuable on maps with limited choices. Till the higher-rarity Medics are acquired for widespread use, he is a decent starting healer. 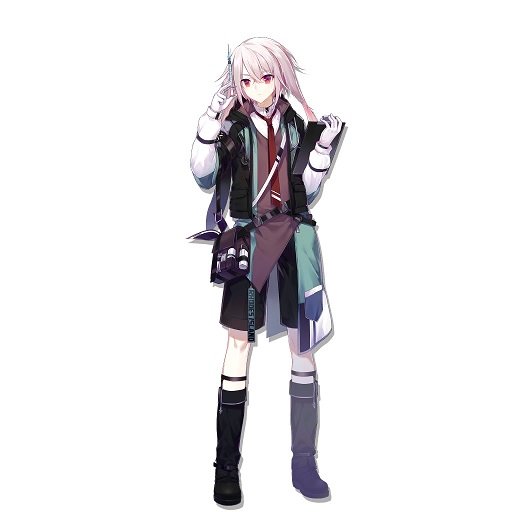 Fang and Plume are inexpensive DP Vanguards that are effective early in the game. Fang produces extra DP than Plume, but Plume is much more effective at killing opponents. Their straight 4 enhancements overpower both, but they remain useful secondary Vanguards in the beginning and midgame. They can be useful even later in the game for maps with quick launches or where a few additional DP at the beginning will make a major impact, including some highest-level DP-generation-down Emergency Contracts. 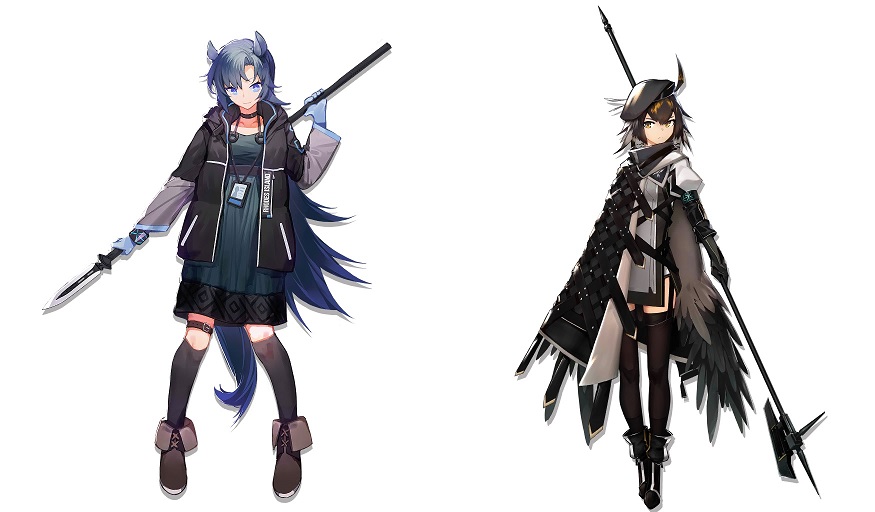 Myrtle is among the finest DP-generating Vanguards, also used as a Utility Vanguard. Her DP-generating abilities knock every other Vanguard archetype out of the water, and she can also heal friends, earning her the title of one of Arknights' strongest Vanguards. 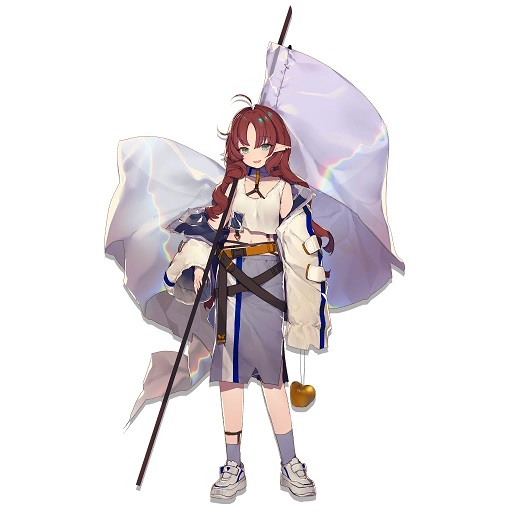 Cuora is a Defender having one of the game's best DEF numbers. She's also one of the few Operators who can defend against four adversaries at once. Cuora is one of the only 4★ units that are beneficial in high-end content, and she also excels against high-ATK enemies and elite units that do great physical damage. The disadvantage is that she is extremely vulnerable to opposing Casters.

Perfumer is an AoE Medic with a latent Talent that heals all Operators in the area for a portion of Perfumer's ATK. This enables her to heal teammates and comrades even when they are far outside her range, and it even gets around the "Cannot be treated by allies" Attribute that some Operators have. Perfumer's universal healing is powerful and versatile, making her a useful healer in almost any scenario. 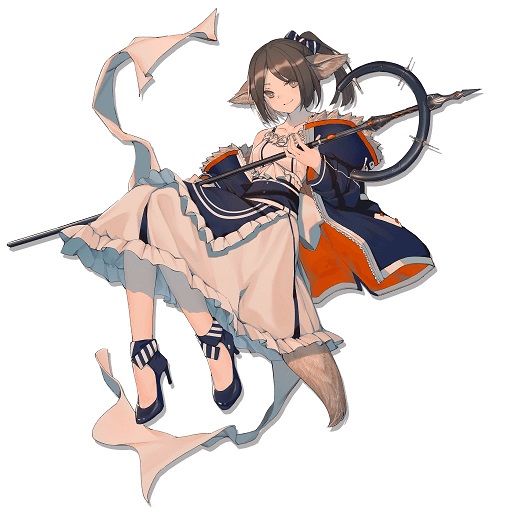 Sussurro is the ideal doctor for the task if you require a strong ST Medic. Her S2 has some of the most intense healing properties in Arknights, with the drawback of being limited to two uses on every map. However, most maps may be completed in two attempts, not including lengthy ones like Annihilation runs. 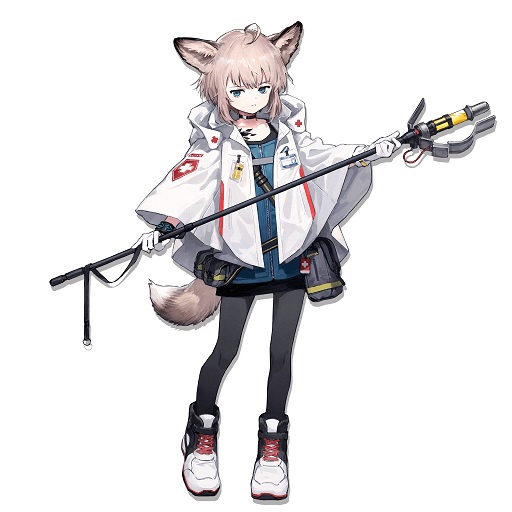 Gummy is a Healing Defender, which indicates she has elements of both a Defender and a Medic in one unit. After being upgraded to E1 or higher, she can Block-3, and her Abilities heal nearby teammates. Gummy is one of the most versatile Healing Defenders, and she's also incredibly affordable, as she's included in the $0.99 Starter Bundle in the Shop. 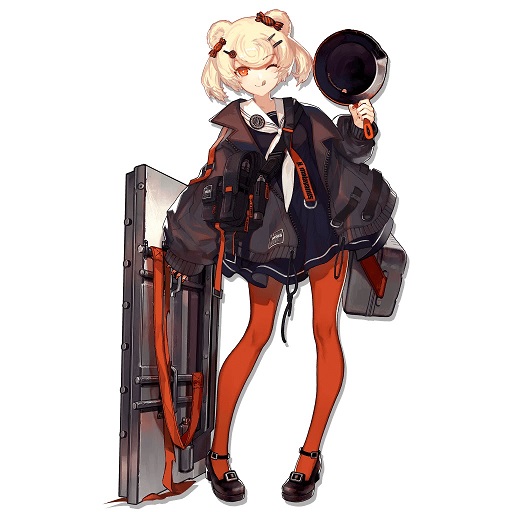 Vigna is a DP-On-Kill Vanguard who, despite her rare, has a massive offensive influence. She won't produce as much DP for the group as a Skill-DP Vanguard, but she makes up for it by being able to deliver high DPS throughout the battlefield, even after your DP requirements have been met. She's also a great assassin, thanks to the fact that she's a DP-On-Kill Vanguard, which means she gets her DP cost back every time she's withdrawn. 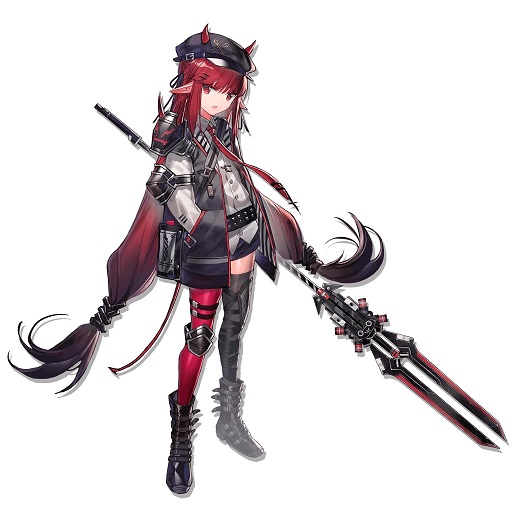 Gravel is a Fast-Redeploy Specialist on the defense. She's fantastic at baiting powerful opponent abilities, stalling opponent flow, and "capturing" lone opponents that make it past the frontlines. She can take a few blows from stronger adversaries with her defensive abilities, but her low ATK makes it hard for her to eliminate things. She takes a little getting used to, but she's a highly valuable utility Operator. 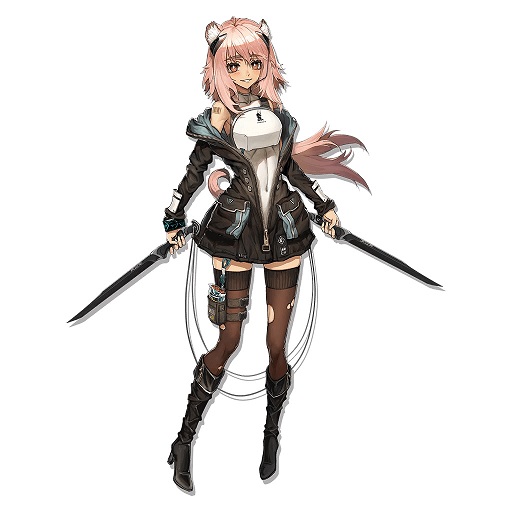 Shaw and Rope are 4★ Shift Professionals with the ability to push (Shaw) or drag (Rope) foes with their Skills. This can be used to drive adversaries away from your involved professionals, move opponents into a fatal environment like pits, or even perform more advanced tactics like modifying opponent patterns of movement. To move larger foes, Shift Operators need high Levels Of skill, and Shaw and Rope are the lowest-rarity Shift Operators; therefore, their Skill Sets are the easiest to raise. 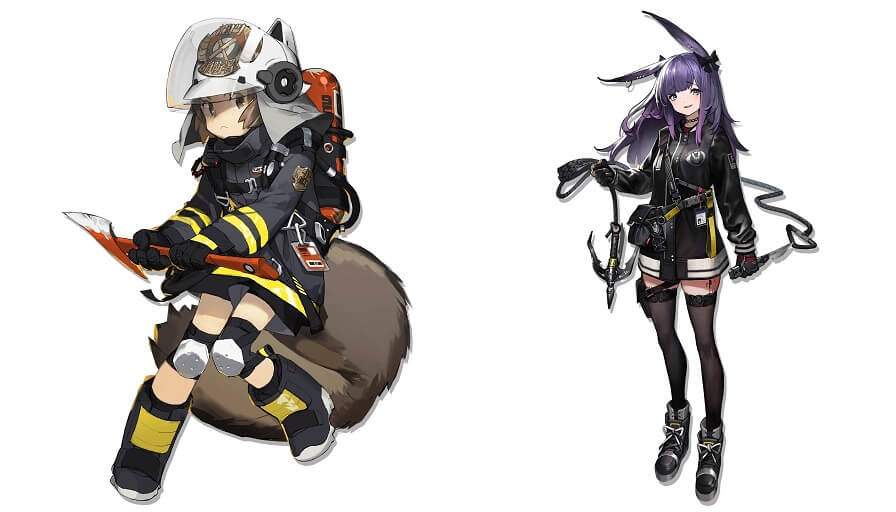 Gitano is among the best AoE Casters in the game. Thanks to her S2, which extends her attack radius and enables her to damage all opponents in the zone at once. This is something that even higher-level Casters can't match, providing her a distinct advantage when dealing AoE Arts damage across a large area. 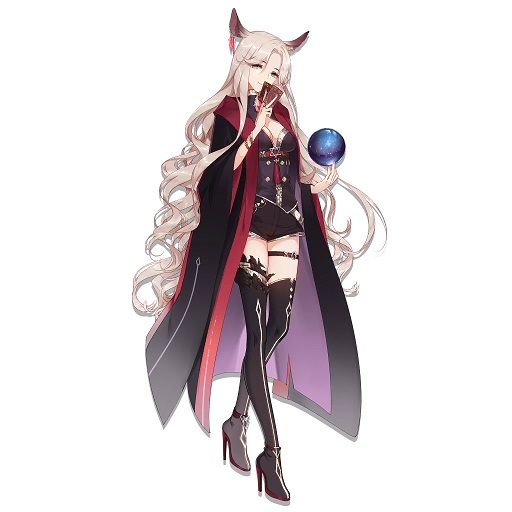 ShiraYuki is an AoE Sniper who has two unique abilities. S1 extends her strike range by two times, providing her a ridiculously extended reach. S2 increases her usefulness and tank-killing capabilities by changing her attacks to Arts damage and adding a Delay effect. Even when compared to higher-rarity AoE Snipers, she's a big upgrade over 3★ Catapult, and her usefulness offers her a specialization. 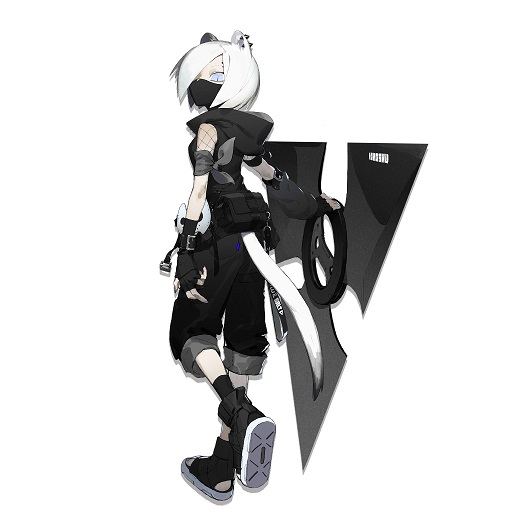 Durin's Talent provides her with a significant quantity of Arts Dodge. This gives her a superb reduced investment "tank" against boss opponents with Arts attacks, such as the Rat King, similar to 12F and his Physical Dodge. 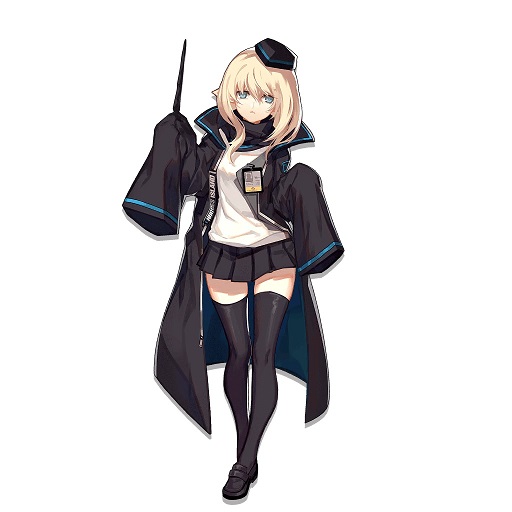 In most circumstances, 5★ Caster Amiya, who is provided to all players for nothing when they begin Arknights, overpowers 3★ Caster Steward. On the other hand, Steward's Talent causes him to prioritize attacking the target with maximum DEF. Steward is a viable option if a player ever finds himself in a scenario where their Casters are being confused by lower-DEF targets, and it is creating trouble (for example, when armored drones begin to appear on the battlefield). 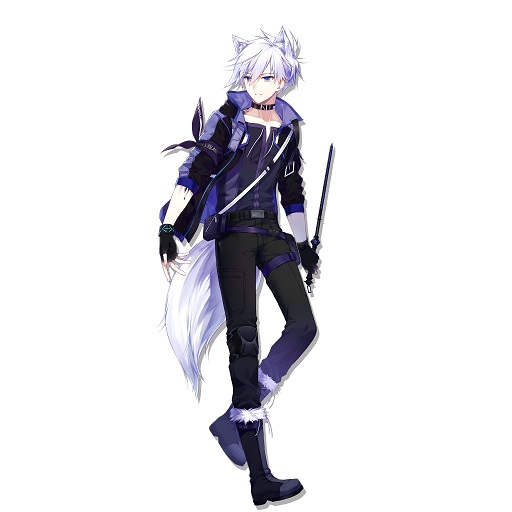 Mousse is a 4★ Arts Guard, allowing her one of the few combat Operators in the game that can deal Arts damage and degrade enemy ATK (S1). Her specialization isn't vital early on, and because she has a high DP value and only Block-1, she can be difficult to employ effectively, but she excels in harder content where Arts damage is necessary, but Casters are scarce or unavailable. 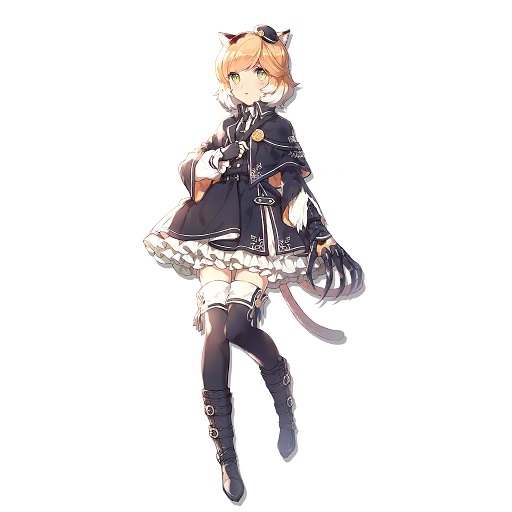 4★ Utage is an Enmity Guard with several of Arknights' best on-deployment DPS. Her Descending Strike - Earth Splitter Ability increases her ATK by a substantial amount, converts her strikes into Arts damage, and begins her at half health to use her abilities' attack speed advantage. She is quite powerful, but doctors should be warned that she is not suitable for beginners. Descending Strike is an on-deployment Skill, making it tough to employ many times in combat. Other Operators can't directly repair her (thus, the HP loss from Descending Strike might mess you up), and it's an on-deployment Technique. 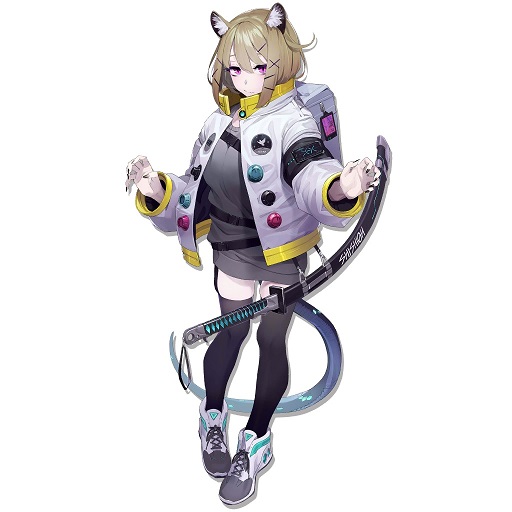 Even though other Defenders typically surpass Matterhorn, he excels at sustaining Arts damage. He possesses a massive 40 RES at E2-promotion with a pimped S2 active, enabling him to brush off Arts damage like a gentle summer shower. Matterhorn is a substantial investment, but if you're having trouble fighting opponent Casters, he could be a useful complement to your squad. 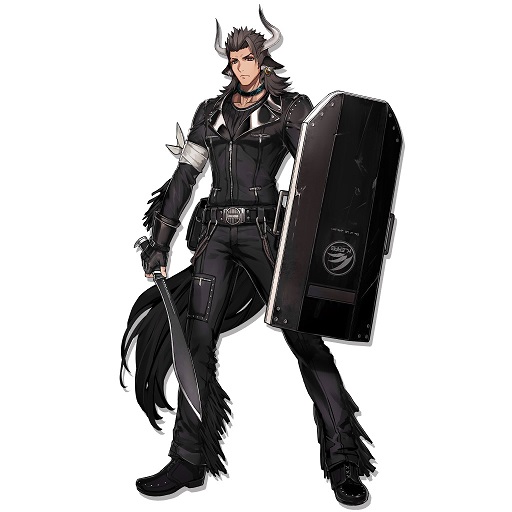 May is a 4★ Sniper who uses her amazingly Secret Detective rounds to Slow and Stun opponents. She may not have the greatest DPS among the 4★ Snipers, but her crowd management skills make her a fantastic support unit, and she is one of the best 4★ Snipers to try upgrading in the long run. 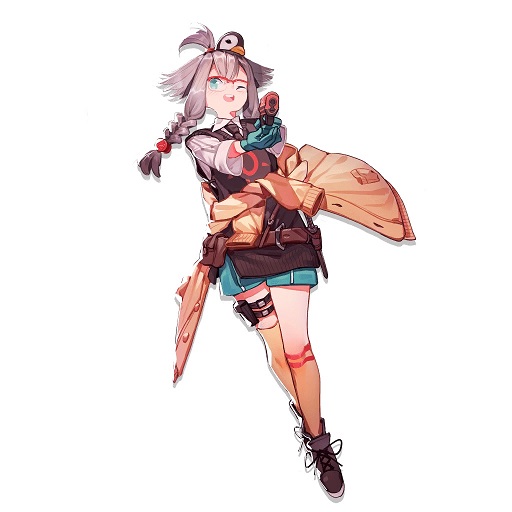 Even though Frostleaf is a 4★ Ranged Guard and Ethan is a 4★ Controller Expert, they share one trait: they're both ground-based Operators with valuable crowd management Skills. Frostleaf's Skills allow her to Slow or Freeze opponents, while Ethan's Talent allows him to Bind them. Both are very specialized, yet they may be incredibly useful for delaying tactics. 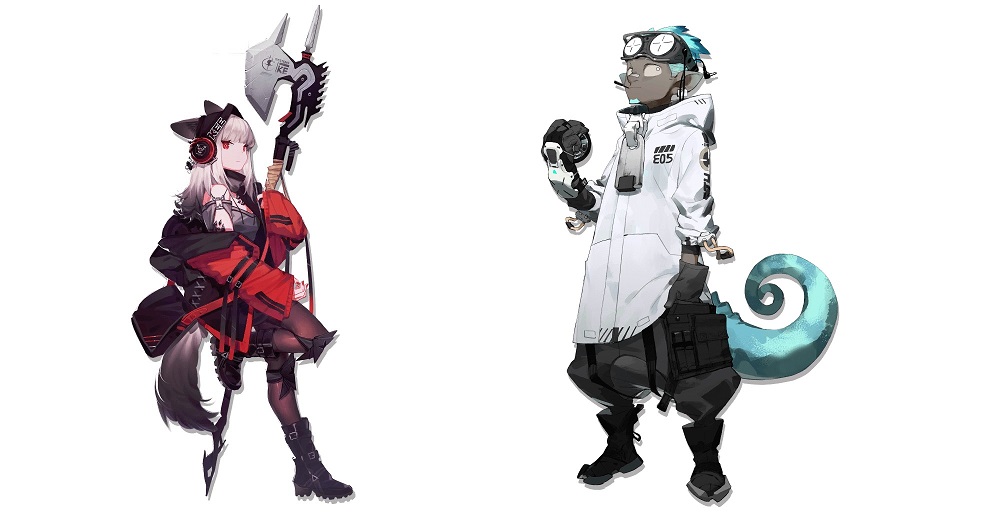 Deepcolor is a Summoner Supporter level 4★ that focuses on delaying tactics. Her octopus minions are great for luring strong opponent abilities, slowing the opponent flow, and "capturing" single opponents that make it beyond the front. Her S2's AoE Physical Dodge boost is highly powerful. It takes a little time to get her knack, but when you do, she can be a very helpful utility Operator. 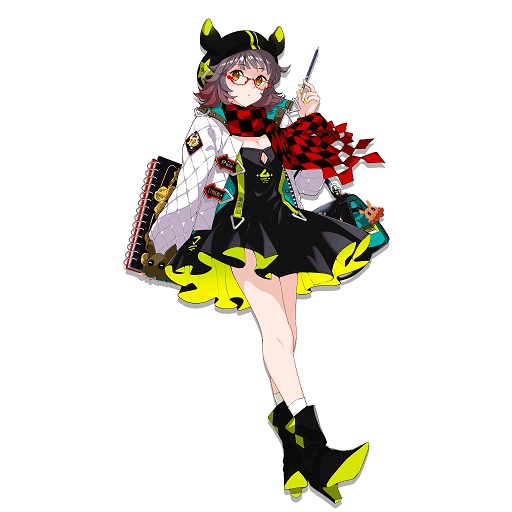