The latest model of the Among Us is the New Hunter Role with Trolling imposters. It has got some special features along with so many skills. When it comes to its utmost feature, detective skill scan be mentioned. Download Among Us for free on PC to give it a try! 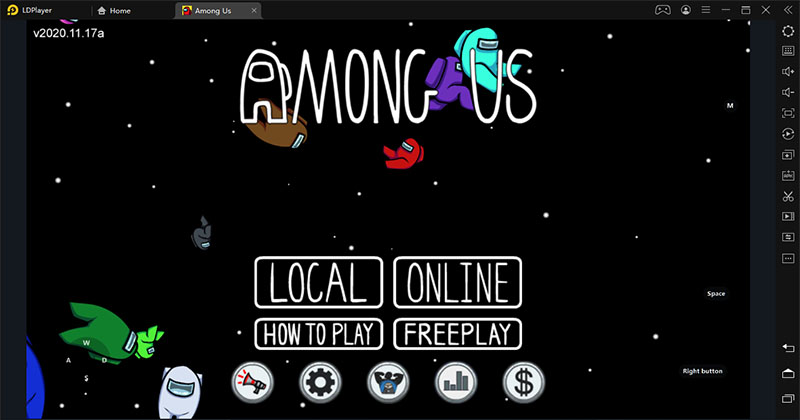 The hunter role has got a bow and arrow, hiding ability, track steps, the ability to freeze others, and so many cool features. Although you are a fan of Among Us, this character will drag you into the Among Us for sure. This article will let you have the complete guide on New Hunter Role with Trolling Imposters.

In this Mode, the gamer has to identify the imposter who is hiding behind a body. When the gameplay is going straight ahead, you will meet up with so many characters. They have got special conversations, movements, and impressive features inherited by the game. Then the screen will show you how many characters are in the suspected list. You can drop one by one and get to a conclusion. To do that, the gamer will get some sort of skills to identify the imposter.

Soon after the dead body is discovered, the dead person will be dropped from the imposter list as he cannot be the imposter hiding behind a body. The leading hunter will have to fix things, make new conversations and step ahead until he finds some links for the imposter. Although the graphic is not perfectly set up, the conversation and the voices will be clear enough to play the game. Since the theme is a new one, gamers will be able to enjoy at level best as well.

Question Everyone, You See

Hunter can question certain characters and collect answers. For example, if you say hello, you will get hello as the reply to a sure thing. Also, the other characters will be polite enough to answer basic questions like, “What are you doing there?”  Since the name tags are appearing on the head of the characters, it will be easy to remember the name of the characters.

Its map is a cool thing to deal with. The cafeteria, electric room, weapons, med boy, o2, and admin rooms will be visible on the map. When the gamer wants to question the trolling imposters, the map will be a useful thing for sure.

The symbols in the game will mean so many details. The report, Kill, And Sabotage signs will be shown to the gamer in a great manner. The cartoonish-like posters will appear on the display soon after there is something regarding those signs. 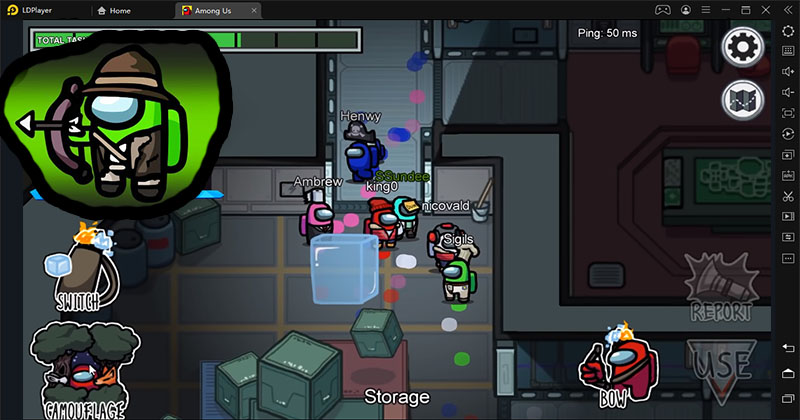 Also, there will be a bar that states how much of the tasks have been fulfilled by the gamer as well. One of the most embracing things about the trolling imposters is their shapes. Since it is crucial to be familiar with the characters in the game, they are being shown with a similarity. For example, if it is a chef, his cap will be on his head. If it is a technician, there will be a safety cap on the head as well.

When the gameplay happens with a flow, more dead bodies will appear in the game. What the player has to do is to ask questions. Who told you that he was killed? How do you know he is dead/ Is that a self-report? And there will be several questions to be answered. You are free not to reveal the imposters. If you say, I know the killer, the imposter will be excited at some point. Oh, do you know? That will be an amazing conversation to be made as well.

When you are being the imposter as the killer that will be a nice point as well. The way the others use to suspect and the question will be amazing to see. They widget away from you, they will come and asks questions and several funny things will happen. Also, you will be followed up until they confirm. What you need to do is to avoid the hunter.

When it comes to a moment you are not being a killer or an imposter but a member of the team that will also be a nice time. Others will build up communications with you. All you have to do is to speak and assist them. You must not forget that the killer can be one of them.

Order Others to Commit

Also, the follow-up of your orders by others will be an impressive thing. For example, if you want someone to shoot you with his arrow and freeze, he will do that. Then he has to run away. Astonishing and hilarious things will happen after that. Now you have been turned into a dead body and the rest of the team will have to find you.

After asking for help, the rest of the team will be after your dead body. The names will be shortlisted soon. If there are few members together, they will deduct their names from the list. The isolated members will have to be the usual suspects indeed. Also, this is the first game where a gamer can be a dead body and can still enjoy the game. Although it looks like a puzzle to be solved, the graphics and the script of the game have been able to bring things into real life. 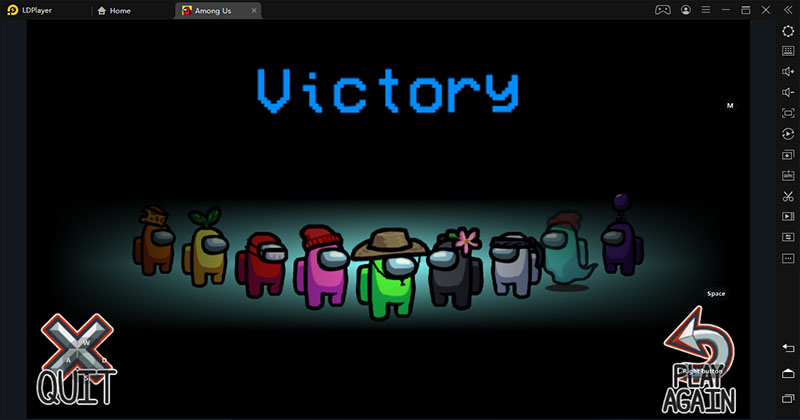 The win or the loss will be decided by the ability to identify the imposters. Since there are so many ways to make complications and confusion, players will have to work hard to win this game. After identifying the imposters, the next move will be to kill the imposters. The hiding strategies will have to be implemented to win over this part of the game. Although you have to hide in the game, others will find you with their finding skills.

An imposter gets 20 seconds to go and find a place to hide. Since the intensity keeps increasing, that will be a hard thing to do. The best part is that the clues will help you to find imposters all the time. The color the person wears, the place where he was last, and similar things will be useful when finding the hidden people. Although it is hard, the entertainment will be after the gamers all the time.

As these games are mobile games and now we play them on our PC to better visualization, it must have to be so smooth as we expect. Rather than playing on a screen by touching, you have the advantage of playing this game with a mouse and keyboard. With LDPlayer, you are getting chances to play Among US with your own kind of key mappings.

Here, LDPlayer brings out a tool for key mapping for our players to run their hunter role with the most accessible and familiar commands they always wanted. You are getting a set of exciting commands for single touches, moves, and views. So Among us with trolling imposters and with the new hunter role is now being easy than ever again. Use your keyboard settings as your favorite personal preferences. 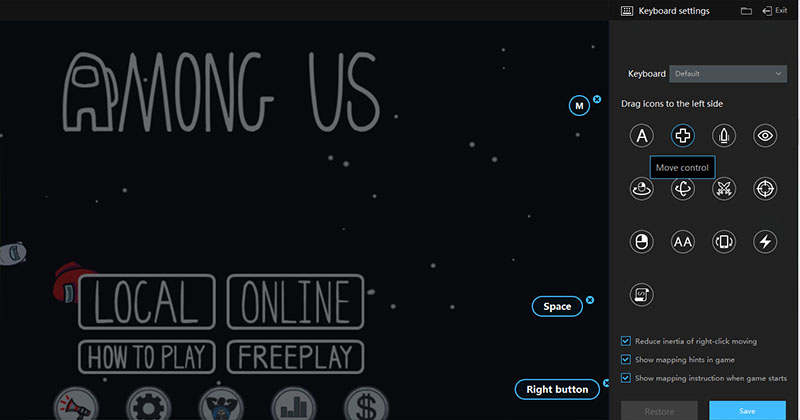 The very first thing about Among Us, New Hunter Role is that it has come up with the Among Us brand. Although the graphic looks cartoonish, the entertainment it provides will be limitless. Trolling imposters, digging detectives, Suspects, and there will be so many things as assets in the game.  It is vital to fall into the right game path where you will either be an imposter or a Hunter. Whatever the path you choose, the results will be enjoying moments.