Alchemy Stars is coming with its new event to the RPG world with a titled event as Ocean Sovereign. As they have already finished with the recent time events, now Alchemy Stars are taking a new step for a new summer event. This is the Ocean Sovereign, and it is alive with a new hero introduction, a recent story, and a lot of rewards with summer costumes to become the most popular event among all the players. 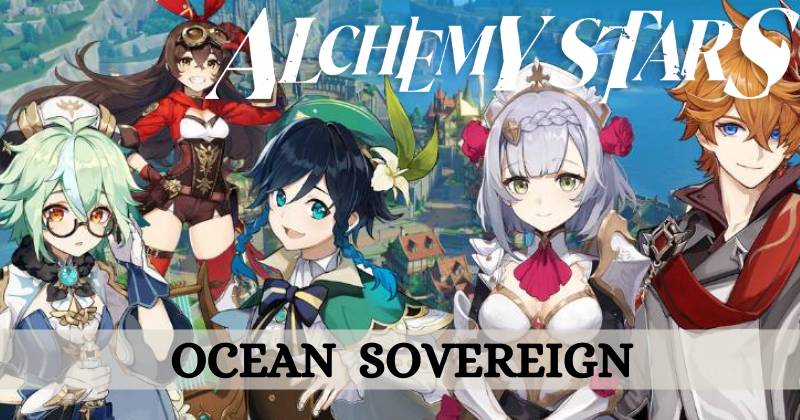 This new event features new summer-themed skins with different challenges and events with the newest formable 5-star aurorians. So this is an exciting event started from 19th August 2021 to earn the best game for the players, and let's see what we can get through on this new event as follows.

To engage better with this new event, you can download Alchemy Stars on PC from here now and go ahead with the latest contents of the event. Ocean Sovereign event of Summer Memories stages are available within the period of the event, and this event has two parts. The first part of the main time-limited event will be the Summer Cruisin stages, and secondly, it comes as the stages of Heat Wave. They are unlocking the game for a specific date and will be available for a limited period. When two of these time stages are reaching the end of their duration, they will be closed, and any navigator will not gain the opportunity to challenge them anymore. When players are challenging the stages of Summer Cruisin', navigators should not consume the Prism, and instead, they have to do it for the Action Points. Action points will be recovering by maintaining a rate of one per four hours, and players can store up to 20 points at any time they want. After this Heat Wave and Summer Cruisin' stages are being closed, your Action Points are not going to recover anymore. And all the unused Action Points are converting to the Prinny Vouchers by maintaining a 1:100 ratio.

At this time of the event, there will be three of the Aurorian trial stages to be available, and Navigators are getting chances to experience the fighting thrillers with Fleur, Beryl, and the Bonacci.

Here, players are required to clear the main story from one to 16. When players are getting succeeded with the event and the trial stages of Aurorian, they will be rewarded with 3050 Lumambers with 2 Flares of Special Stars.

Period of the Event

Navigators of Alchemy Stars gain the opportunity of trying their hands at a running shaved ice stall along with the Vice. They can make some of the delicious shaved ice within a given time and sell them to the Aurorian customers. The final ratings are based on the speed of your single order completion and are also based on the number of amounts that you have completed orders within this challenge. You have to reach for the specified goal rating, and then you will be offered the rewards.

Period of the Event and the Rewards

This event will be starting from 31st August when it is 09.00 and will last until 8th September. After completing this event, you will be rewarded with up to 600 Lumamber and the development materials of Aurorian.

When the navigators are clearing some of the specific stages or are satisfied with some requirements, they are obtaining the rewards of stage clearance with the Prinny voucher. Players can use these Prinny Vouchers to redeem more items within the event store of Tir' Collezioni store. It comes with a 5 star Aurorian called Bonacie with her solamber, furniture on limited time, breakthrough materials of Legendary Aurorian, materials on Aurorian upgrading, and more.

You can obtain Prinny vouchers within the stages of Main Story, stages of limited tome summer Cruisin, and from the resource stages. After the close of the event store, the remaining Print Vouchers are going to be converted automatically into the Nightium by having a 1:15 rate. It means that each of the Prinny vouchers is converted for a 15 of Nightium.

Remember that 5-star aurorian called Bonacie and the Solamber of hers are only being redeemed through the event store at the event period. The redeeming period from this sore will be going from 19th August to 8th September. There is also another limited-time event for the login to offer bonuses. During this event, there will be limited time sign-in events are there, and you are going to gain the opportunity to claim sign-in rewards for meeting certain conditions. This event will run from 19th August to 6th September, and the bonuses coming from this event are as follows. During the time starting from 19th August to 8th September, Beryl will appear within the recruitment pool on the Crystal Bloodline recruitment. You will gain a 50% of recruiting chance on this hero when attempting to recruit on an Aurorian of 6-star. Beryl is not going to be available from other recruitments at the period of this event.

During the limited period of the fatal recruitment, Fleur appears only in the recruitment pool. There is also a chance of recruiting this hero when there is recruitment happens to have a 6-star Aurorian. Fleur is not going to appear on the other recruitment pools during this event period. The period goes from 19th August to 8th September.

Remember that after the end of this limited-time recruitment, Fleur and the Beryl will enter with the mainstay recruitment pool and for the pools of subsequently limited time recruitments until the version update happens by 9th September. The rates on these hero recruitments will be the same as the other Aurorians who come from the nonevents.

In addition to these all heroes, Paolo, the 4 star Aurorian, is entering the recruitment pool of mainstay included with the Crystal Bloodline and the recruitment of Homme Fatal. It will follow up 19th August update. The recruitment rate of the Paolo is going to be the same, just like the nonevent aurorians.

To choose the best Aurorian from these three, you can reroll for the best by aiming for your favorite one. Reroll with LDPlayer to earn your exact hero with several rerolls at once. Do it with the easiest and fastest method and reach for the favorite one you ever wanted.

Hiiro and the Taki

The previous recruitment happened for a limited time on Taki, and Hiiro is entering the mainstay recruitment with the version update. They will be included with the Homme Fatal and the Crystal Bloodline recruitment, and the rates are the same as other aurorians in the game. During the event, navigators are getting the exclusive type of furniture and take them by going through the following steps. After the beginning of the Ocean Sovereign, players who can clear the main story from 1 to 16 are receiving a limited time book of Special Event with the quests. After the completion of certain quests, navigators can gain the corresponding rewards from them. When you complete more quests, you will earn more rewards from them.

There will be a new system of outfits as well. You can now equip and buy outfits for the aurorians, and there are 5 of them will be launched as follows.

After reaching the maximum breakthrough by Aurorians, their surplus solamber can be dismantled to the workshop of Colossus and will convert into the stellar or star gems. The rules are as follows.

Achievement Rewards from the Clearance of Main Story Chapter

There are three types of a new completion of the main story achievements with chapters 3, 5, and 7. Completing them will offer selectable gift packs with a 5-star aurorian of your choice with the upgrading materials. Reward details are as follows. 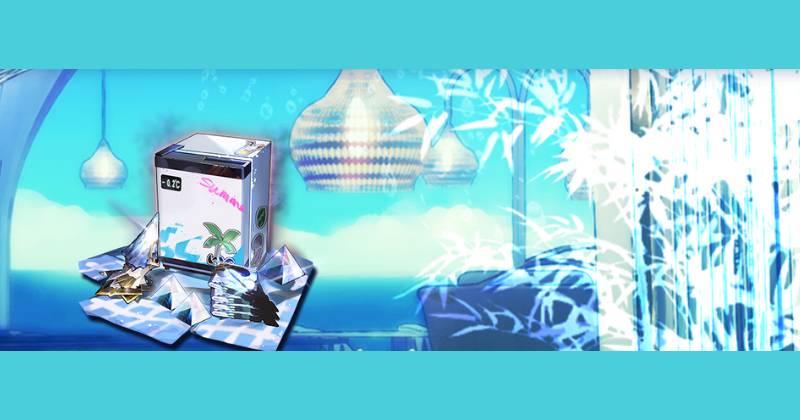 After the event of Ocean Sovereign, the event Summer Memories will begin, and there will be a gift bag in the store as follows.

There are some gift packs for the players as follows.

So it is the end of the new summer event of Ocean Sovereign on Alchemy Stars, and claim your best rewards until the event goes end. It is time to recruit new heroes with some new rewards to make the gameplay fun and adventurous.