PROXIMA BETA are the developers behind this gorgeous RPG game, Alchemy Stars, which has unique gameplay aesthetic. It is a game that has both strategy and RPG elements making it one of the top contenders in the genre. There are many RPGs out there that are quite good in every aspect but this game, especially in terms of story, takes the cake.

The Fantasy element of the Alchemy Stars is cumbersome; hence be prepared to be surrounded by a magical world of Arourians. Role-playing games sometimes might overwhelm players because they have so many things to understand all at once, which confuses them. Hence a guide like this will help players understand the in-game stuff better.

So this guide will help new and experienced players alike understand what the Auroran elements in the game are all about and their significance in gameplay and other in-game stuff.

Similarities and comparison to other games in the same genre

Alchemy Stars, also an RPG, will have similarities to other games in the same genre in terms of overall gameplay status. Daily logins are a thing that will help you earn free rewards when you log into your game every single day for 5 to 7 days straight. This can be seen in other role-playing games as well.

Also, quests are very important as they provide you with rewards and upgrades. Yes, this game also has character and item upgrades, so if you compare it to games like Genshin Impact, Clash Quest, etc., you will find that every game is the same and has the same base, only with a different coat on it. What are the Aurorian elements and their significance in the game?

Most RPGs have an action element, and this game is no different. You have the concept of natural elements in the game with usefulness under different situations. If a situation contains ‘Fire,’ the appropriate element to be used against it is ‘Water.’ This is a reality-based concept that you can quickly grasp. The character is known as Aurorian, and under every element, you can choose a different type of Aurorian. Knowing the four elements - Forest, Thunder, Fire, and Water- is necessary to progress in the game effectively.

The gameplay aesthetics of the forest element are unique and different compared to the other elements in the game. It is also the most difficult element to get an understanding of. Sometimes you might see characters from this element obliterating the opponent with their high evasiveness ability. Hence understanding the situational advantage of characters from this element becomes extremely difficult and complex.

New players might find it very difficult to analyze this element; hence, newcomers are not recommended to use it at the start. Advanced players may quickly grasp and exploit the advantage of this element.

Overall this element is the best and also the worst. In terms of abilities and power, the forest element outperforms other elements but is very complex and becomes a barrier for new players. Thunder characters in the game can be considered the most optimized and best characters that all players can use due to their optimum mobility and skills. Mainly if we see thunder and lightning element characters used as DPS and are considered heavy damage dealers.

Thus, average characters from this element are quite interesting and easy to use. The Thunder element is extremely optimum to start with and gets you covered from all sides. 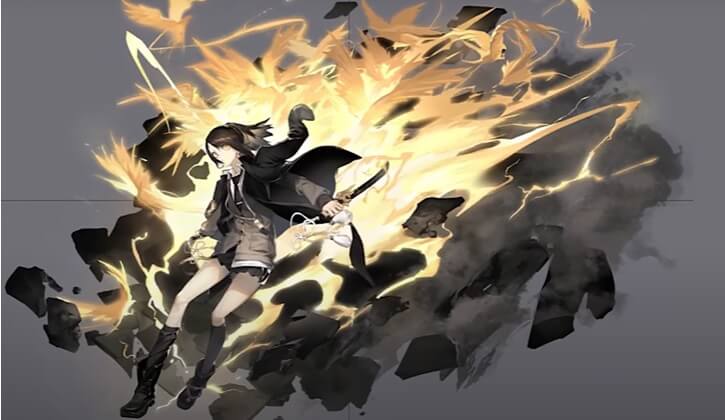 The name itself represents destruction and chaos. As the name suggests, the Fire element is the primary damage dealer. Characters from this element also have huge damage-dealing abilities and excellent crowd control. Like the thunder element, you will also attack a larger area, but the damage will be magnified. These elements have huge DPS capabilities, and the attacks are very devastating. Apart from these, the fire element characters have strong AOE skills and damage.

The best part is the Fire element has 5-star support characters as well. The only problem is most of the good characters are not available for free as the fire element is a premium element with many perks. But you can get fire characters as you progress further in the game. Hence overall, we can say this element is the best among the four and will help you in almost all situations. All the elements are equally balanced, and there is no one-sidedness to the game where only one element is prevailing under every circumstance. Also, there are more powerful dual element characters than single element characters. Getting a 5-star character will be quite helpful down the game. So go ahead and enjoy the game to the fullest!