This guide aims to inform you of the upcoming rewards you should be expecting and the easiest and quickest way you can get those rewards. Join us in finding out what the 1st ever Alchemy Stars Anniversary has to offer to its players. 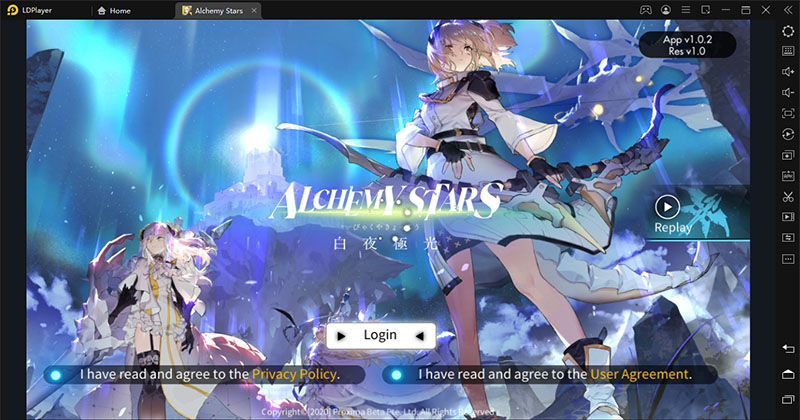 Let’s play Alchemy Stars on PC and find out together. 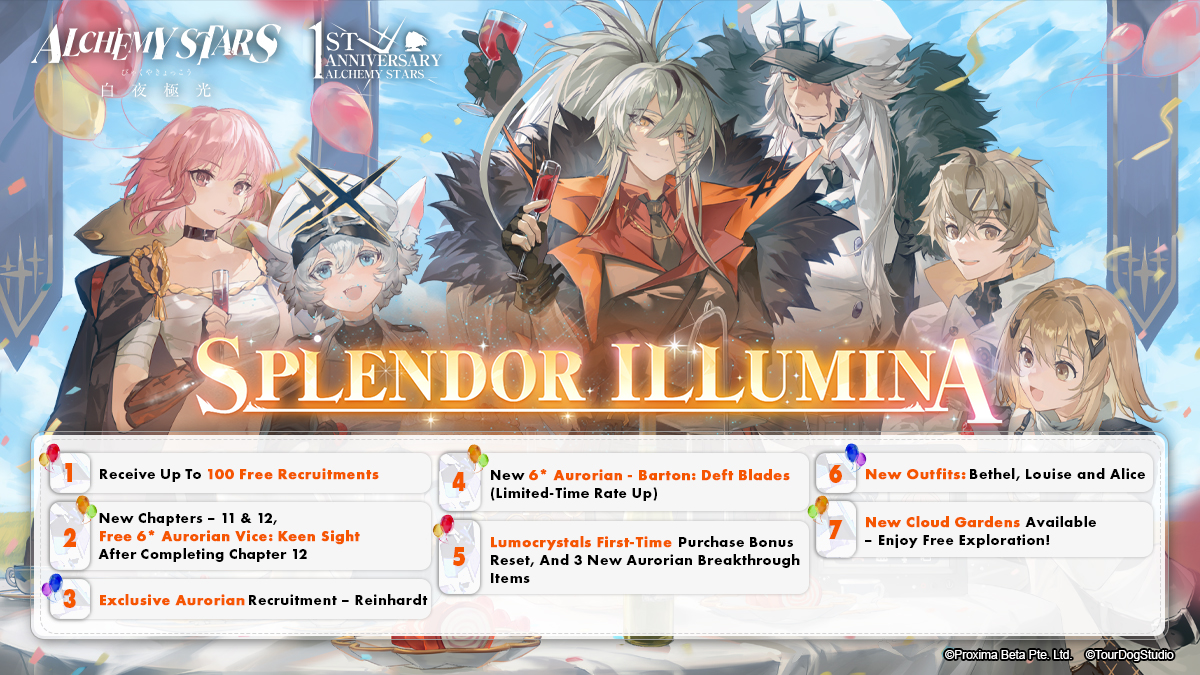 Unlike previously where story chapters are released gradually and over a long period of time, this time, Alchemy Stars will be releasing 2 new story chapters at the same time, allowing players to go through them and acquire new materials and gacha currencies needed to upgrade the new characters.

In addition, progresses through the new story chapters will reward you with a brand new FREE 6* Aurorian: Vice: Keen Sight once you have finished chapter 12. 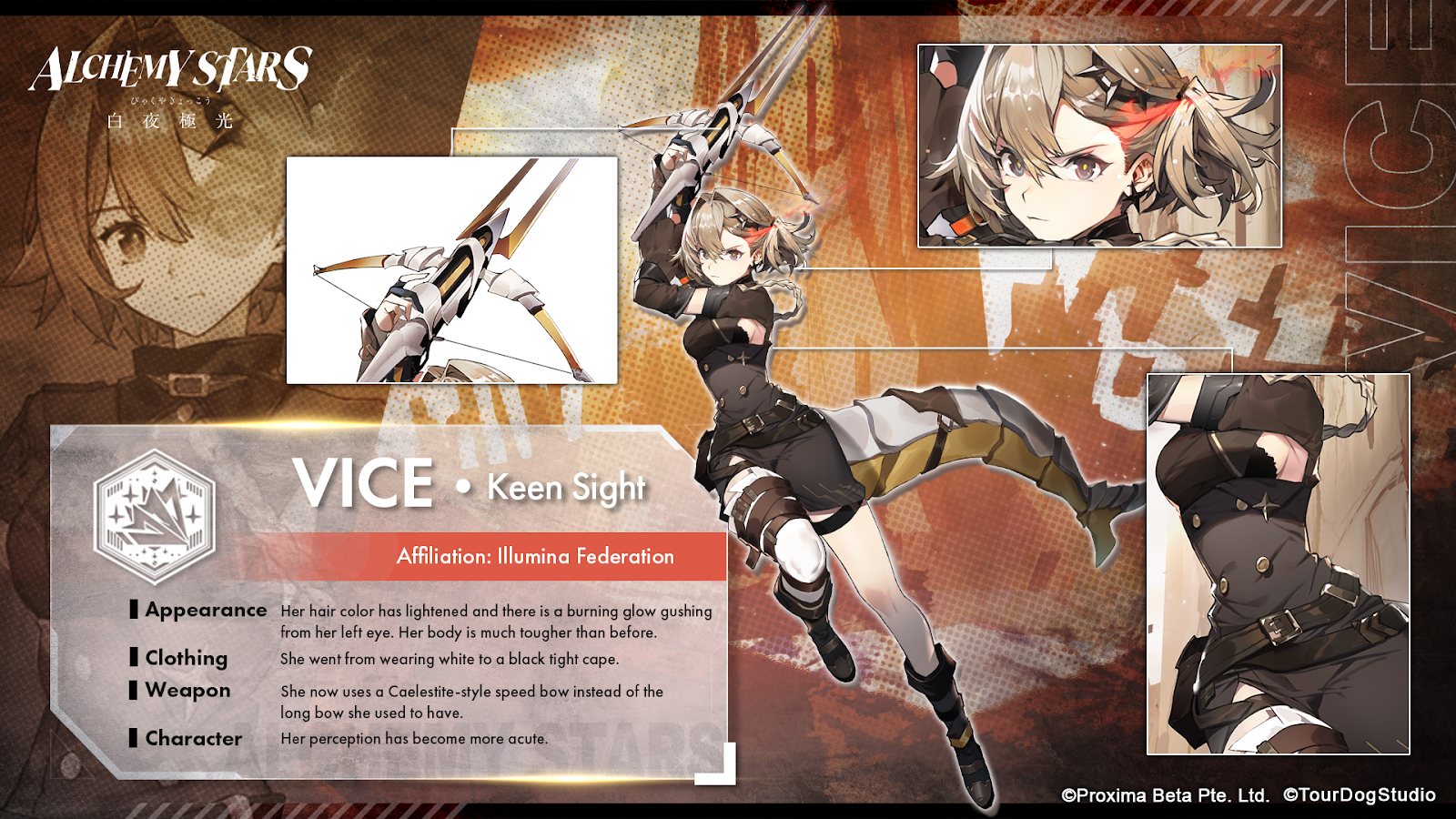 Once you have finished chapter 11 and 12 with 3 stars, a harder mode called Pandora Box will be unlocked, this serves as the Hard Mode for Chapter 11 and 12 and will rewards you with various rewards when cleared. 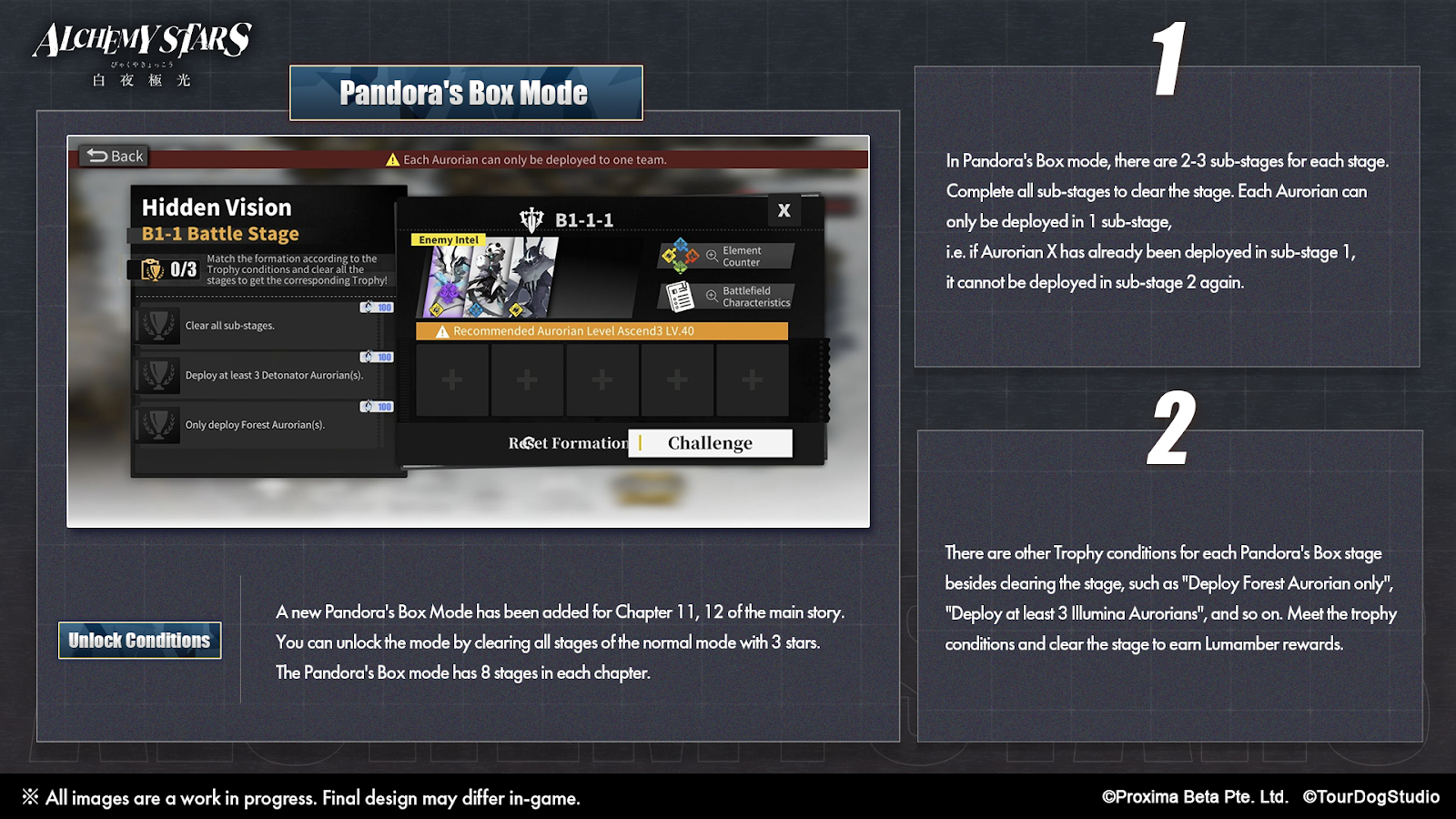 Like many events before it, this event will consist of special event stages and a special event shop. Clear the Event stages to gain special Event Currencies in order to exchange exclusive rewards in the shop. Some of the notable rewards from this event are: Lumamber ( Premium Gacha Currencies), Special Limited Cloud Garden Furnitures - A brand new reward for the newly introduced Cloud Garden system.

Farm the event efficiently by utilizing LDPlayer’s keyboard mapping and auto recording function and you will be able to clear the event shop without breaking a sweat.

One of the best news to come from this anniversary is that of a special campaign that rewards all players in this period up to 100 FREE PULLS worth of resources. In order to get these resources, you need to login daily in the event period and complete certain event missions along the way. 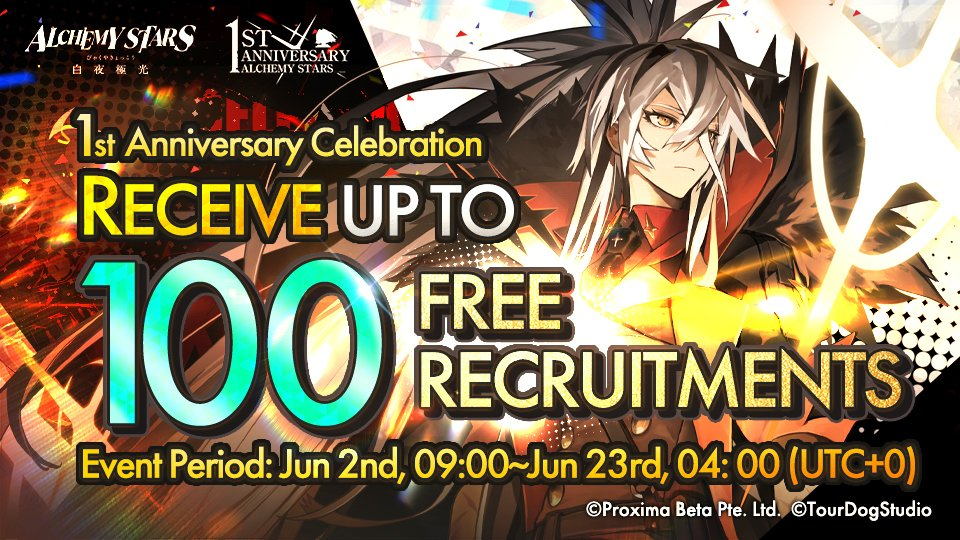 These 100 pulls will be able to at least get you up to 2 6* Aurorians from gacha banners, so it is of utmost importance that you log in and finish these missions in order to gain these resources.

The Alchemy Stars Anniversary Event brings not only 1 but 2 different gacha banners for all players to roll on. One of these 2 gacha banners are a special LIMITED TIME Gacha banner with a LIMITED Aurorian who won’t appear again after this gacha period. The 2 rated up Aurorians are: Barton (Deft Blades) (Limited) and Reinhardt - Enlightened Illumination.

Coming into the game as one of the few LIMITED TIME available Aurorians, Barton (Deft Blades) is a special Forest Attribute Detonator. 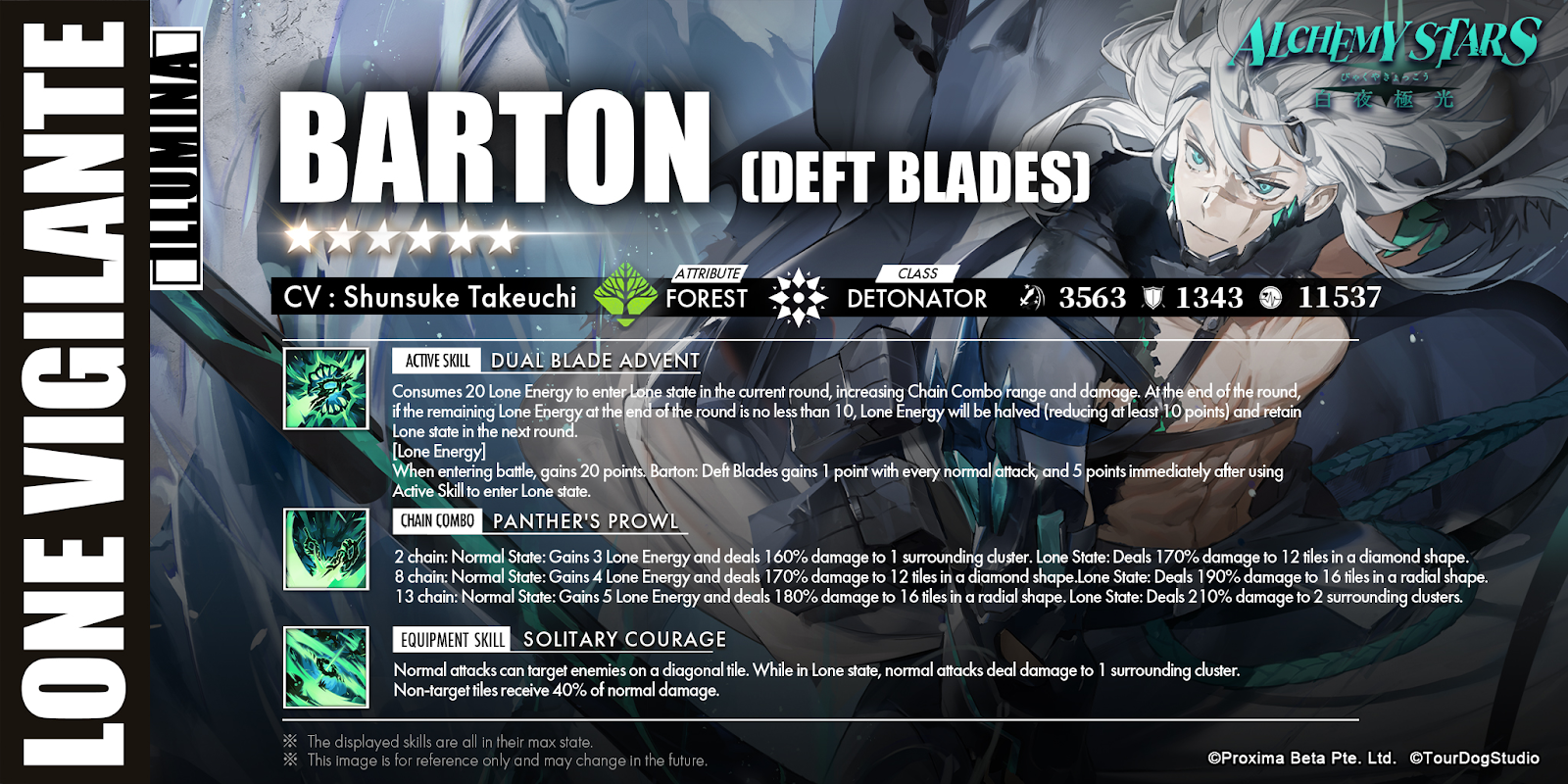 Like many Detonators before him, Barton’s kit mainly focuses on dealing the most damage to enemies surrounding him and killing them as fast as possible.

His skills relies on a special Energy System which when accumulated, will release immense damage to all enemies within his range. Coupled with the fact that his skill allows him to increase the range of his own chain combos and his ridiculous damage range, Barton is shaping up to be one of the best one field DPS for the Forest Attribute, making him one of the best characters that you should try and get.

Besides Barton, a separate banner for Reinhardt will also be held at the same time, allowing players to attempt to roll for this special Lightning attribute Sniper class powerhouse. 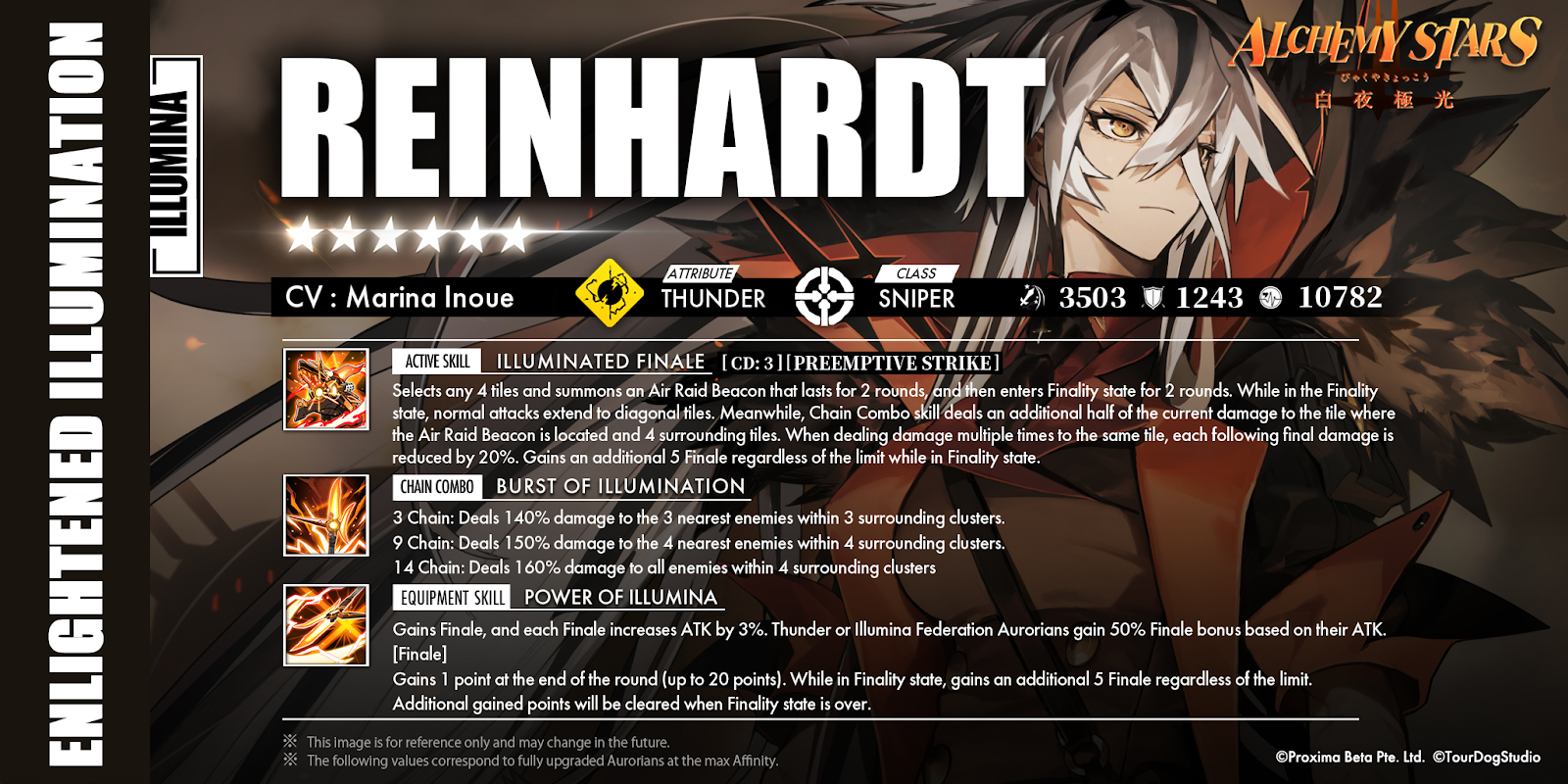 Also a DPS oriented role, Reinhardt with her Sniper class allows for special utility and high boss killing potential in her kit. Reinhardt’s skill kit allows her to constantly stack her own atk stat, making her become a powerhouse with the ability to snipe any bosses to death with her air raids.

Her skill - Illuminated Finale - grants her the ability to target any enemies on the map and deal massive damage to them for 2 turns straight and grants Reinhardt her special atk stacking buffs, making her even stronger. 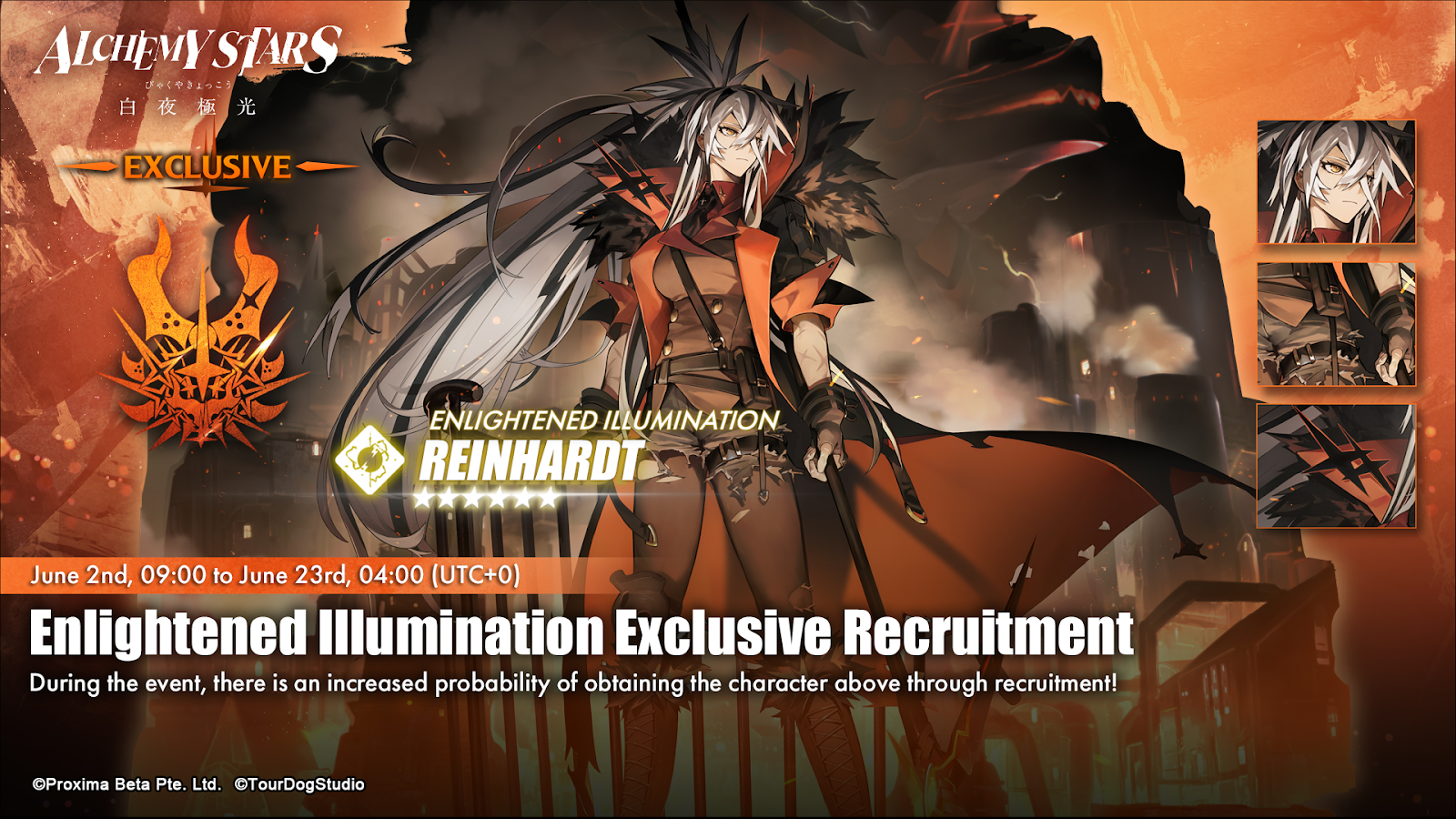 Not only are the banners extremely good with special DPS characters that are needed for mid to late game, the limited availability of Barton and the absolute insane skill kit of both characters will help any players to progress in the game quickly and easily. 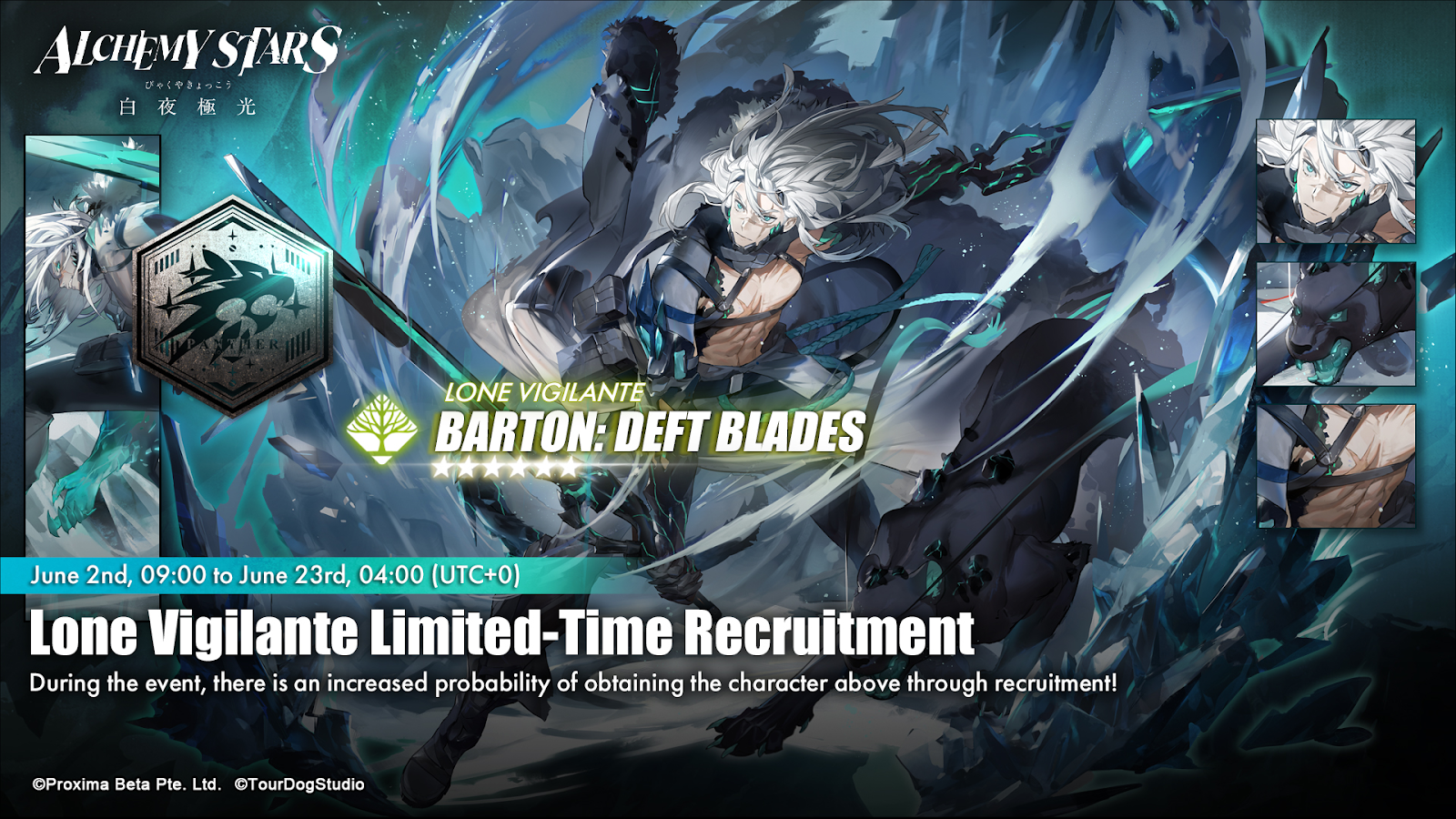 In addition, the Special Anniversary Celebration Campaign allows for 100 free pulls, making it easier for you to pull for the 2 Special Rate Up Characters, helping you to set up for your account’s future.

Not only that, LDPlayer offers the perfect gaming experience with its special adjustable Graphics and FPS settings.